Freed after decades behind bars, murderer robs Clayton restaurant so he can return to prison
0 comments
Share this
{{featured_button_text}}
1 of 3 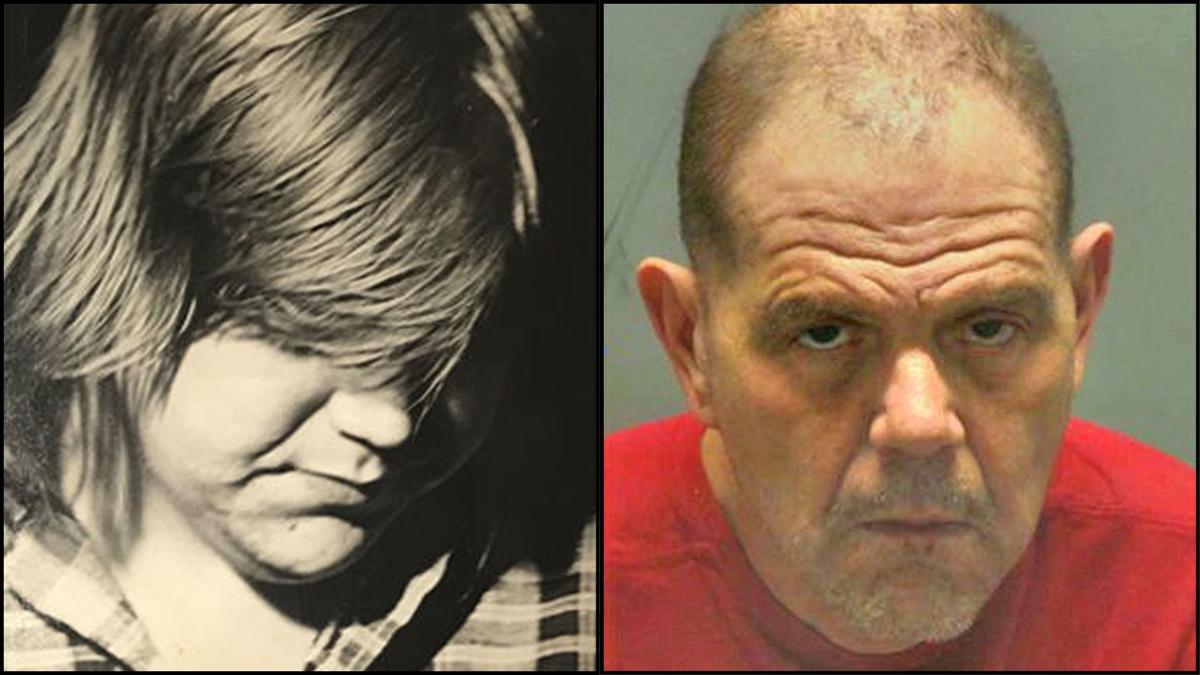 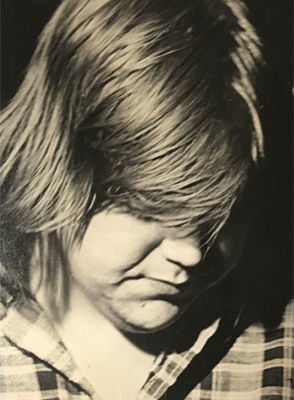 Paul H. Borroni, in a Post-Dispatch photo from 1978 when Borroni was arrested for murder at the age of 17. 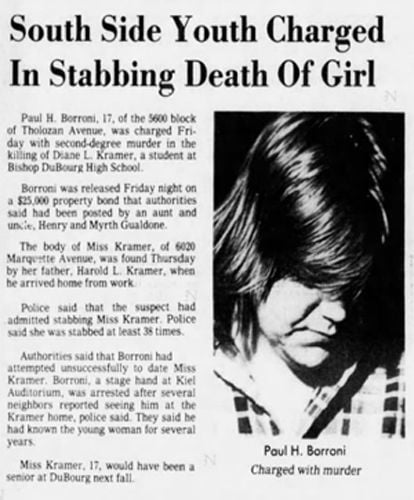 CLAYTON • Paul H. Borroni went to prison at age 17 for fatally stabbing a Bishop DuBourg High School student because she wouldn’t date him.

He spent about 38 of the last 39 years in prison — and apparently, police say, he wanted to go back.

That’s why Borroni took a MetroLink train to Clayton last week, police say, and walked into a bar popular with judges and lawyers.

He held up a bar employee — hiding his right finger beneath his coat and pretending it was a gun. He told her to give him cash or he would shoot her. Then, police say, he ordered her to call police so he could be arrested. Do it, he told her, or he’d shoot her.

Later at the police station, in an interrogation room with detectives, Borroni explained himself.

“He just came right out and said it, ‘I want to go back to jail,’” said Clayton police Capt. Stewart Glenn.

Freed from prison a month ago, Borroni said he had been kicked out of one housing facility and then tried to get a bed at the Biddle House homeless shelter in downtown St. Louis, but found there was no room.

“He said he wasn’t going to be homeless,” Glenn said. “He doesn’t want to be out here.”

Borroni, 57, got his wish. He is now locked up at the St. Louis County Jail in lieu of $250,000 bail, cash only. Prosecutors charged him last Wednesday with first-degree robbery. His next court hearing is set for March 26.

Court papers list his home address as the same building that houses Father Dempsey’s Charities, which provides transitional housing and a “fresh start to men without a home.” He had been kicked out of the housing there because he violated rules barring drug and alcohol use and became combative with staff.

His court-appointed attorney, Jemia Steele, could not be reached for comment.

Diane L. Kramer, 17, was a student at Bishop DuBourg High School. She lived in the 6000 block of Marquette Avenue in southwest St. Louis. On an evening in June 1978, her father found her facedown on the bedroom floor of the home. The medical examiner’s office said Diane was stabbed at least 38 times.

Later that night, police arrested Borroni after witnesses gave police a description of a young man walking away from the home and driving off. Borroni, of the 5600 block of Tholozan Avenue, had a cut on his hand and told police he was injured playing baseball. Police say he later confessed that he stabbed her because she refused to date him.

Borroni was a friend of Diane’s older brother and had been at the home several times before the killing. Her father said Diane was not interested in dating; her main interests had been school and her activities as an Explorer Scout.

Garry Brix, a spokesman for the Missouri Department of Corrections, said Borroni began serving a 35-year sentence for murder on Feb. 15, 1979, and was released from prison in September 2004. He returned to prison twice more after parole violations, but he was only free a total of about 15 months. His new convictions were for forgery, theft and robbery. Borroni was last released from prison on Feb. 8 — 26 days before he walked into the Clayton bar.

After he got out of prison, Borroni’s exact movements aren’t clear. But at some point, he ended up in transitional housing at Father Dempsey’s Charities, in the 3400 block of Washington Avenue. It has a strict zero tolerance policy on alcohol and drug use, said Gabe Jones, a spokesman for the St. Louis Archdiocese.

Jones didn’t say how long Borroni stayed at Father Dempsey’s, but “he’s not been a resident there for about seven days,” Jones said.

“He was violating some of the policies and was informed he could not stay there anymore.”

Jones said Father Dempsey’s tried to set him up with help for substance abuse counseling, “but he did not accept that.” Jones said the charity doesn’t just turn somebody onto the streets. “We can recommend alternatives, but it’s up to them to follow through.”

Leaving Father Dempsey’s seven days ago would have been around the time Borroni robbed the bar in Clayton, on March 6.

No one was injured in the robbery at C.J. Muggs, 200 South Central Avenue. Glenn said Borroni told police he picked the bar at random after riding MetroLink to the Clayton stop. He began walking up South Central Avenue and was planning to walk into the first business he came across. “He had already made a decision he was going to do this,” Glenn said. “And the first establishment he went to was C.J. Muggs. He walked up to the bar and told the employee, ‘Give me all your money or I’m going to shoot you.’”

It was about 9:30 p.m., with three or four witnesses in the bar. Borroni took the money in one hand and, still faking that he had a gun with the other, he ordered the bartender to call police.

Officers arrived and ordered Borroni to the ground.

Kristen R. Whitted, driving alone in an SUV, was shot in the head while driving through Olivette.

Each of the victims survived and was stable at a hospital. The suspect had been asked to leave the bar Monday because of his erratic behavior.

The man accused the women of stealing money from him and then allegedly pointed a gun at the women, demanding their property.

A projectile from a shotgun blast was removed from the officer's neck and his injuries are not life-threatening, police Chief John Hayden said.

Kristen R. Whitted, driving alone in an SUV, was shot in the head while driving through Olivette.

Paul H. Borroni, in a Post-Dispatch photo from 1978 when Borroni was arrested for murder at the age of 17. 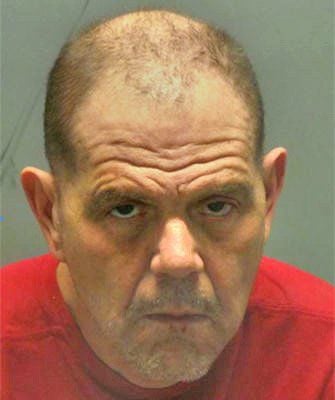 Paul H. Borroni was sentenced to probation for a Clayton robbery. He said he committed the crime so he would be sent back behind bars after spending most of his life in prison. 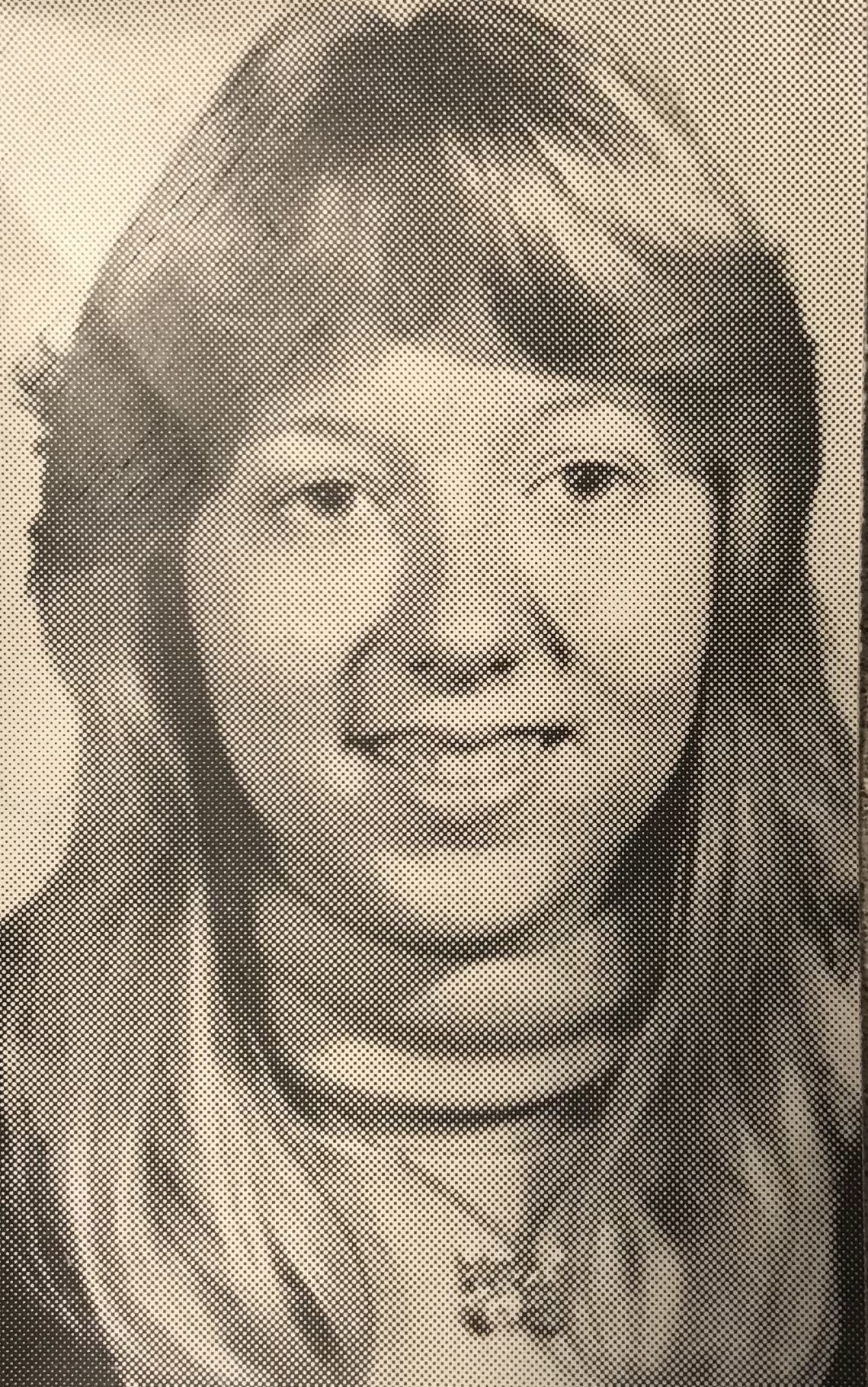