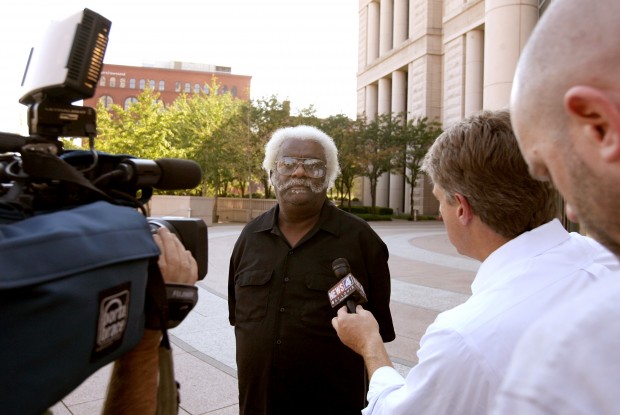 Fred W. Robinson speaks to the media outside the federal courthouse in St. Louis on Sept. 13, 2011. Photo by David Carson, dcarson@post-dispatch.com 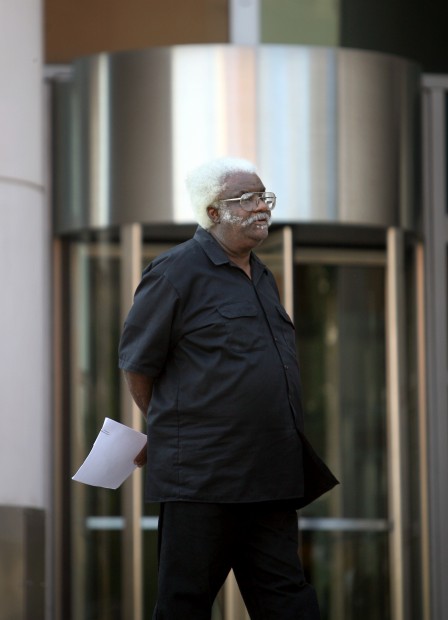 Fred W. Robinson walks out of the federal courthouse in St. Louis on Sept. 13, 2011. Photo by David Carson, dcarson@post-dispatch.com

ST. LOUIS • A fired worker in the St. Louis Treasurer’s Office was sentenced Tuesday to two years in federal prison for diverting hundreds of thousands of dollars from a now-defunct charter school and collecting a city paycheck as a “ghost employee.”

Federal prosecutors had asked for between 46 and 57 months in prison, but the judge said Robinson’s age, poor health and lack of a criminal record factored into the sentence.

A federal jury in March convicted Robinson of charges of wire fraud and federal program theft that involved embezzling money from the Paideia Academy, a failed city charter school. Robinson was the chairman of the charter school’s board.

Robinson was indicted in 2011. He was accused of diverting about $240,000 from a now-defunct charter school and of collecting more than $175,000 from the city as a ghost employee.

Prosecutors alleged Robinson shifted state and federal education funds in Paideia’s accounts to pay a contractor to finish building the Little People’s day care at 4028 West Florissant Avenue before the charter school ran out of money. Prosecutors also said Robinson concealed from school officials his application for a license to run the day care as a side business.

Five other counts of federal program theft were related to his salary from 2006-10 under then-St. Louis Treasurer Larry Williams by filing bogus time sheets and collecting a paycheck.

Prosecutors said he earned a $35,360 city salary but never did any work for the treasurer’s office. He was supposed to drive city streets looking for parking-related problems, according to his boss’s testimony at Robinson’s trial.

Robinson’s conviction appears to mark the end of the investigation into Williams, who was never charged nor called as a witness in the case. Williams did not seek re-election last year. The city fired Robinson a few days after Treasurer Tishaura O. Jones took office in January.

Robinson showed no reaction to the sentence, and has maintained his innocence throughout the case.

He said he has contributed to the community and told the judge several former students he called his “babies” went on to earn full college scholarships.

She didn’t seem to be buying it.

“He hasn’t learned anything as far as I’m concerned,” Fleissig said. “This defendant has no remorse.”

The judge Tuesday also ordered Robinson to pay back about $420,000 in restitution. She let Robinson leave the court on bail while his public defenders prepare to appeal the case.

Will city ever get its money back from 'ghost' employee?

Fred Robinson's lawyers deny he was a no-show public employee or that he looted a charter school where he was chairman.

The FBI has labeled Fred W. Robinson a "ghost employee" allegedly paid $35,000 a year by the treasurer's office to do little.

Fred W. Robinson speaks to the media outside the federal courthouse in St. Louis on Sept. 13, 2011. Photo by David Carson, dcarson@post-dispatch.com

Fred W. Robinson walks out of the federal courthouse in St. Louis on Sept. 13, 2011. Photo by David Carson, dcarson@post-dispatch.com 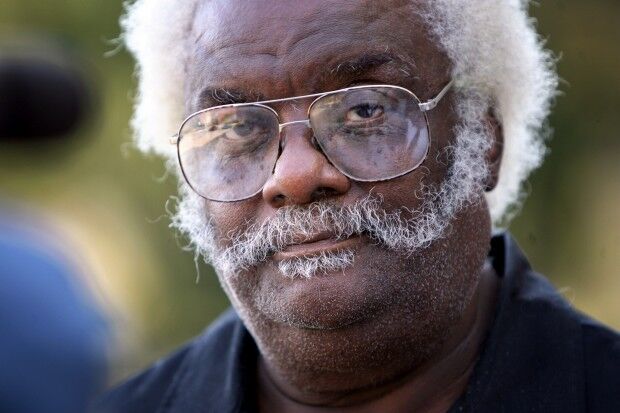 Fred W. Robinson is shown in this Sept. 13, 2011, file photo after he appeared in federal court on charges of one count of wire fraud and seven felony counts of theft from a federal program. He was sentenced to 2 years in prison in September 2013.