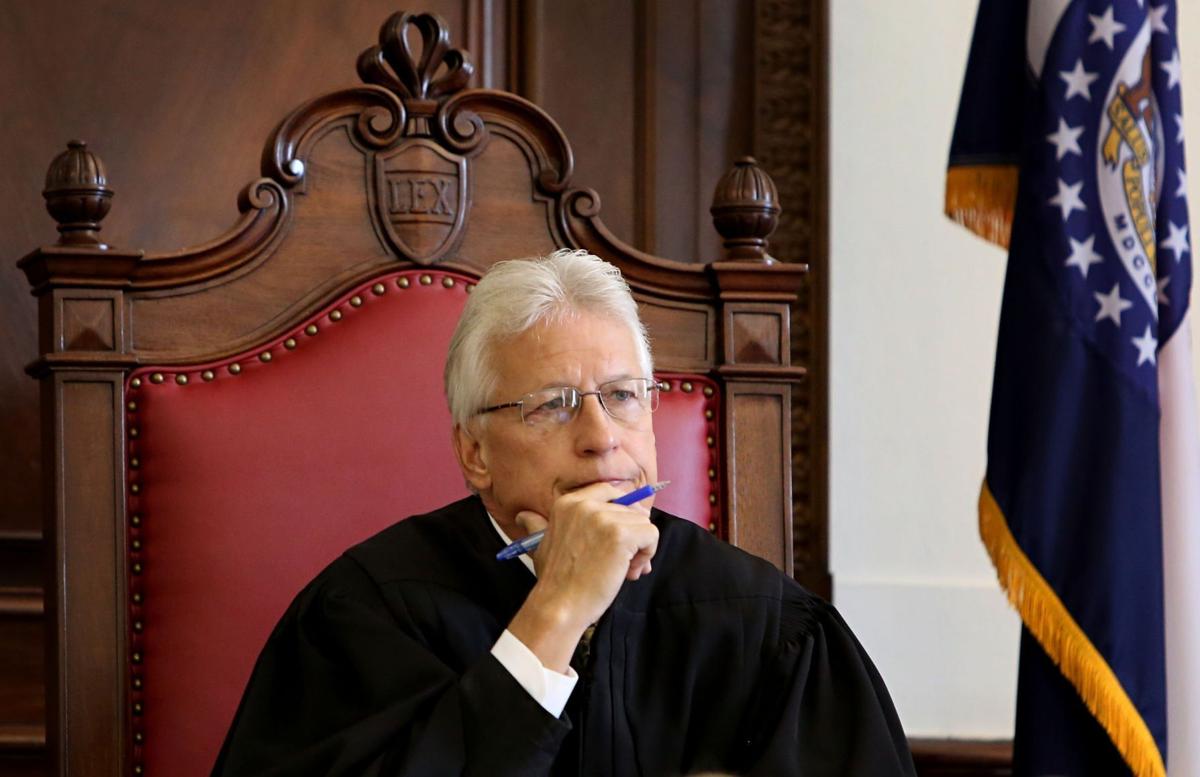 ST. LOUIS • Attorneys for Gov. Eric Greitens claim in a court filing Wednesday that an investigator working for prosecutors lied during a deposition and may be withholding evidence helpful to the defense.

Prosecutors say Greitens invaded the privacy of a woman he was having an affair with by snapping a nude photo of her in the basement of his home without her consent. The woman accused Greitens of threatening to release it if she revealed the affair, according to a tape recording of a conversation she had with her then husband. Greitens has admitted the affair but denied blackmailing her.

Wednesday’s filing is the most recent of a series attacking the criminal case against Greitens, and those involved in the investigation and prosecution.

Defense attorneys questioned William Don Tisaby, a former FBI agent hired by the St. Louis Circuit Attorney’s Office to help in the investigation, in a deposition on March 19. In Wednesday’s filing, they say he gave conflicting answers to a series of questions about the case. One of his statements was contradicted by attorneys for a witness, Greitens’ attorneys say.

A spokeswoman for Circuit Attorney Kim Gardner did not immediately respond to a request for comment.

The defense filing says that from the beginning of the deposition, defense attorneys believed that documents had not been turned over, leading them to focus a “significant” part of the deposition on Tisaby’s notes, reports and any other documents he may have had or seen.

Tisaby’s testimony “changed wildly” during that deposition, they say. He claimed to have written multiple drafts of a report of witness interviews, then said he had not. He claimed to have checked his laptop for notes during a deposition lunch break, then later said the laptop wasn’t even in St. Louis, the filing says. He also said he took handwritten notes from his interviews with two people, then later said he never takes notes, the filing says.

Attorneys for one witness said Tisaby had indeed taken notes, the filing says.

Tisaby, though a former FBI investigator, said he didn’t ask any significant questions of the two witnesses, and simply let them tell their stories to him, according to the defense filing.

Tisaby testified that he hadn’t seen the picture allegedly taken by Greitens and doesn’t know whether one exists, the filing says. He said he was unaware of anyone else looking for a photograph, defense lawyers say, though prosecutors have said they are seeking it.

The filing does allow that prosecutors said in court that Tisaby’s sole job was to find and interview two witnesses.

The filing says any draft reports or interview notes Tisaby made could be crucial, as they say they learned during the deposition that Grietens’ lover told Tisaby that she had gotten “voluntarily naked” in front of Greitens. She changed into a T-shirt and pajama bottoms before the pair went into the basement, the filing quotes Tisaby saying. In a footnote, lawyers say that would raise questions about her statements to Tisaby that after changing, she still believed that she was going into Greitens’ unfinished basement to “talk.”

They say the deposition “exposed specific facts” that demonstrate that the woman’s claims “that the events of March 21 were not 100% consensual is simply not true.” The non-consensual act Greitens is accused of is taking the photo without consent; the defense filing does not say how the woman’s voluntary nudity would undermine that charge.

Albert Watkins, an attorney for the woman’s ex-husband, blasted the defense argument about consent, saying disrobing or agreeing to sex does not mean one consents to being photographed naked.

Defense attorneys are seeking an April 12 hearing at which they will ask St. Louis Circuit Judge Rex Burlison to order prosecutors to turn over any missing records and order Tisaby to sit for another deposition.

They will ask that Gardner pay for the deposition.

Also on Wednesday, a legislative committee investigating Greitens refused his lawyers’ request to delay their findings until after Greitens May 14 trial.

This story was changed to reflect that prosecutors have not accused Greitens of blackmail.