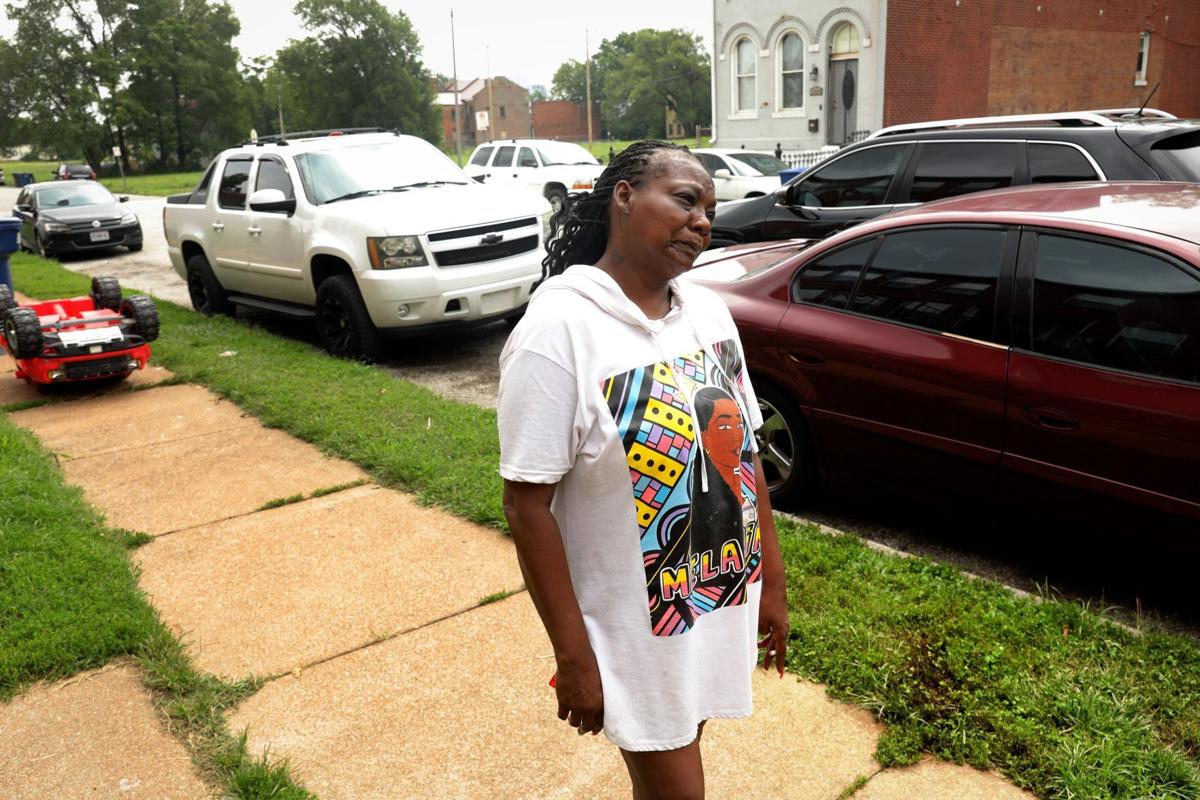 Bertha Wherry becomes emotional on Thursday, Aug. 13, 2020, as she speaks of her great-nephew while standing near blood-soaked grass where Victrail Mora was shot and killed in the 2800 block of Gamble Street in St. Louis. Photo by Christian Gooden, cgooden@post-dispatch.com 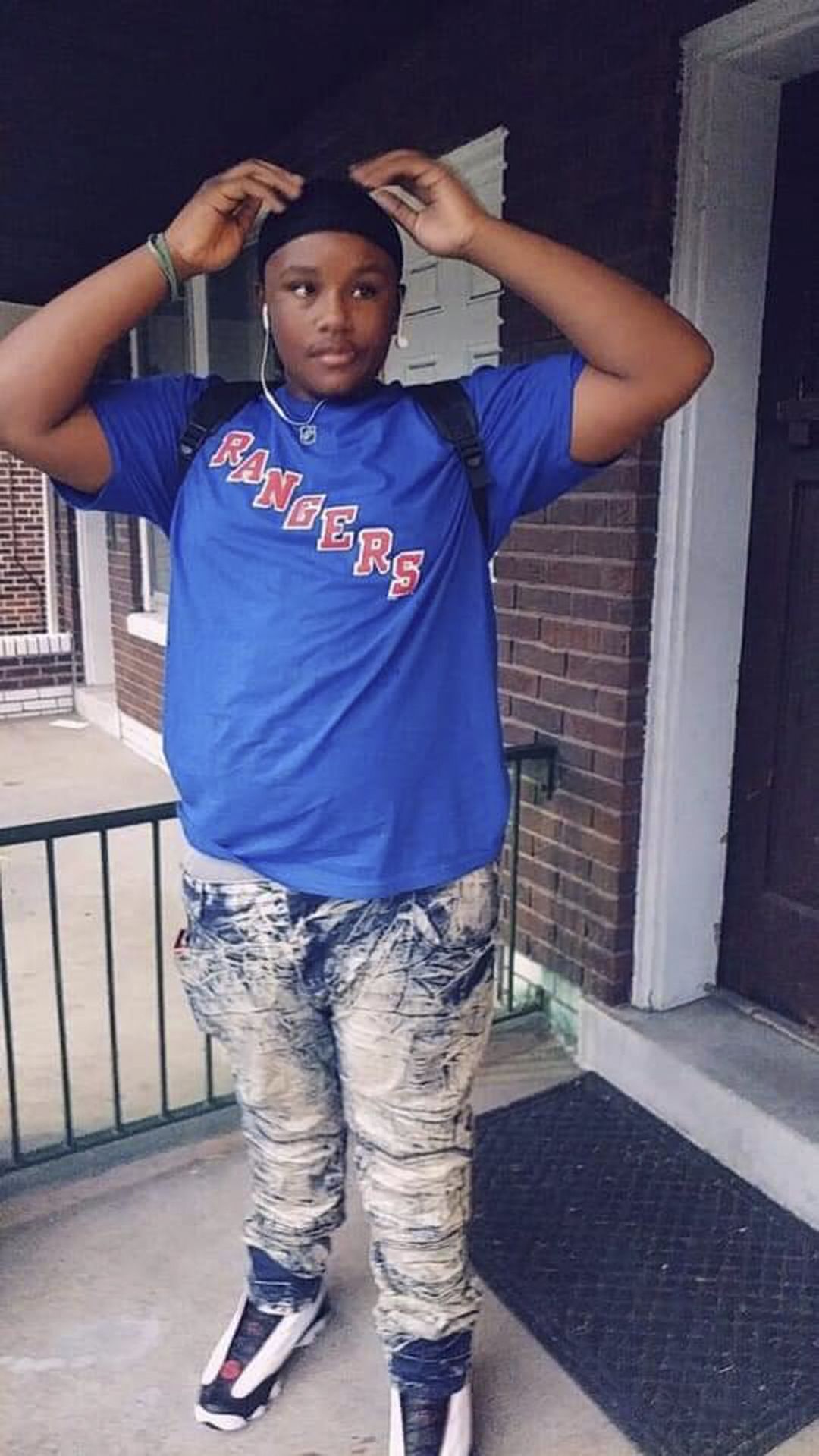 Victrail Mora, in a photo courtesy of Laura Bagby. 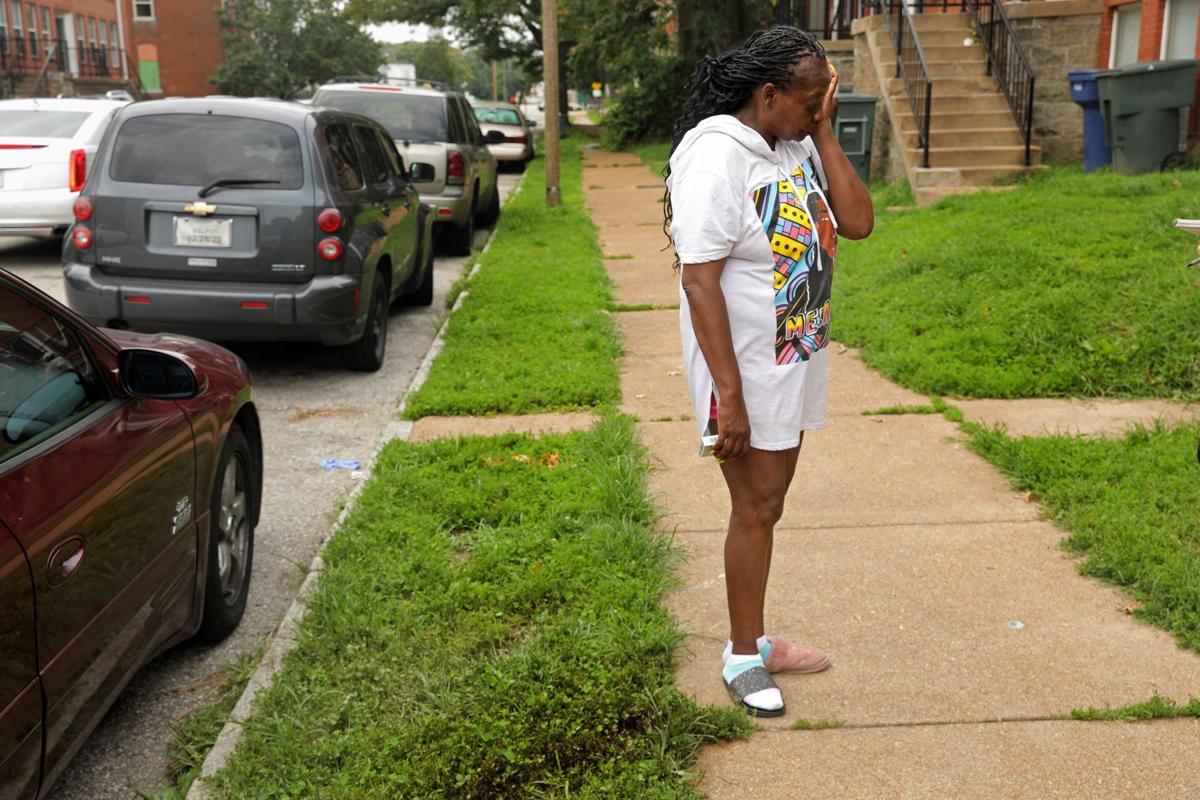 Bertha Wherry, shows emotion on Thursday, Aug. 13, 2020, while standing near blood-soaked grass where Victrail Mora was shot and killed in the 2800 block of Gamble Street. Wherry was Mora's great-aunt. Photo by Christian Gooden, cgooden@post-dispatch.com

ST. LOUIS — Bertha Wherry looked at the curb Thursday where her 14-year-old great-nephew died after he was shot in the head one night earlier, and she cried furious tears for a “respectful kid” who longed to leave the city.

“He didn’t do nothing to nobody,” Wherry said, her voice breaking. “I don’t feel it was right. … I tried to protect (him) as best I could.”

Victrail Mora was shot late Wednesday in front of his mother’s home in the 2800 block of Gamble Street in St. Louis. Family members say there was a crowd of people standing nearby when he was killed, but they don’t know if anyone will speak up to bring justice for “Trail.” Police have not disclosed a motive in the attack.

“He didn’t care about nothing but making money and staying in school,” Wherry said. “It had to be a mistake, because it shouldn’t have been Trail.”

Victrail is the latest child in the city to become a homicide number. He’s one of 15 juveniles killed so far this year, according to police. In all of last year, 13 children died by homicide in the city. The rising number of child victims mirrors the city’s overall homicide tally, which stood at 165 dead as of Thursday, well ahead of last year’s number.

“What are we going to have when (children) are gone?” Wherry asked. “They’re our future. We’ve got nothing.”

The Jeff-Vander-Lou neighborhood, where Victrail was shot, has one of the highest rates of homicide in the city, along with Walnut Park West.

Hours after Victrail’s death, a 6-year-old boy was shot in the hand in what police believe was an accident. A St. Louis man, meanwhile, was found guilty Wednesday of firing several shots into a car in January, injuring a 9-year-old boy.

Other recent examples of young victims include the killing of a 17-year-old in a double shooting in the city’s North Pointe neighborhood on July 27, and the shooting injury of a 16-year-old boy in Tower Grove South two days earlier.

Another teen was shot and killed at a McDonald’s near downtown St. Louis on Wednesday, although he was a 19-year-old and isn’t considered a juvenile, which St. Louis police identify as those 17 and younger.

In an effort to curb the bloodshed, city officials recently announced their support for the arrival of 50 federal law enforcement agents in St. Louis to assist with investigating violent crime. The initiative also brings a $1 million grant to the city.

St. Louis Public Safety Director Jimmie Edwards said he asked for help from the federal government after homicides skyrocketed to 32 in June and 53 in July. City police are too understaffed to handle the load, he said.

Gov. Mike Parson also called a special legislative session to focus on crime and punishment for offenders, arguing that every day he didn’t, people were “dying out in the street.”

The city has put several million dollars toward a crime reduction program called Cure Violence, which just launched in three crime-heavy neighborhoods in the city — one at Wells-Goodfellow and Hamilton Heights, one in the Walnut Park West and Walnut Park East neighborhoods, and one in Dutchtown.

But change didn’t come fast enough for Victrail, who relatives said was a “very good kid” who played football and basketball and sometimes worked for his uncle.

“I ain’t even had no sleep,” cousin Laura Bagby said. “I was so close to him … it don’t make sense.”

Updated at 10:10 p.m. Thursday to include 13-year-old fatally shot in Northwoods.

Police are now investigating the circumstances surrounding the deaths of Kanisha Richardson, 37, and two-year-old, Ava Richardson.

Bertha Wherry becomes emotional on Thursday, Aug. 13, 2020, as she speaks of her great-nephew while standing near blood-soaked grass where Victrail Mora was shot and killed in the 2800 block of Gamble Street in St. Louis. Photo by Christian Gooden, cgooden@post-dispatch.com

Victrail Mora, in a photo courtesy of Laura Bagby.

Bertha Wherry, shows emotion on Thursday, Aug. 13, 2020, while standing near blood-soaked grass where Victrail Mora was shot and killed in the 2800 block of Gamble Street. Wherry was Mora's great-aunt. Photo by Christian Gooden, cgooden@post-dispatch.com