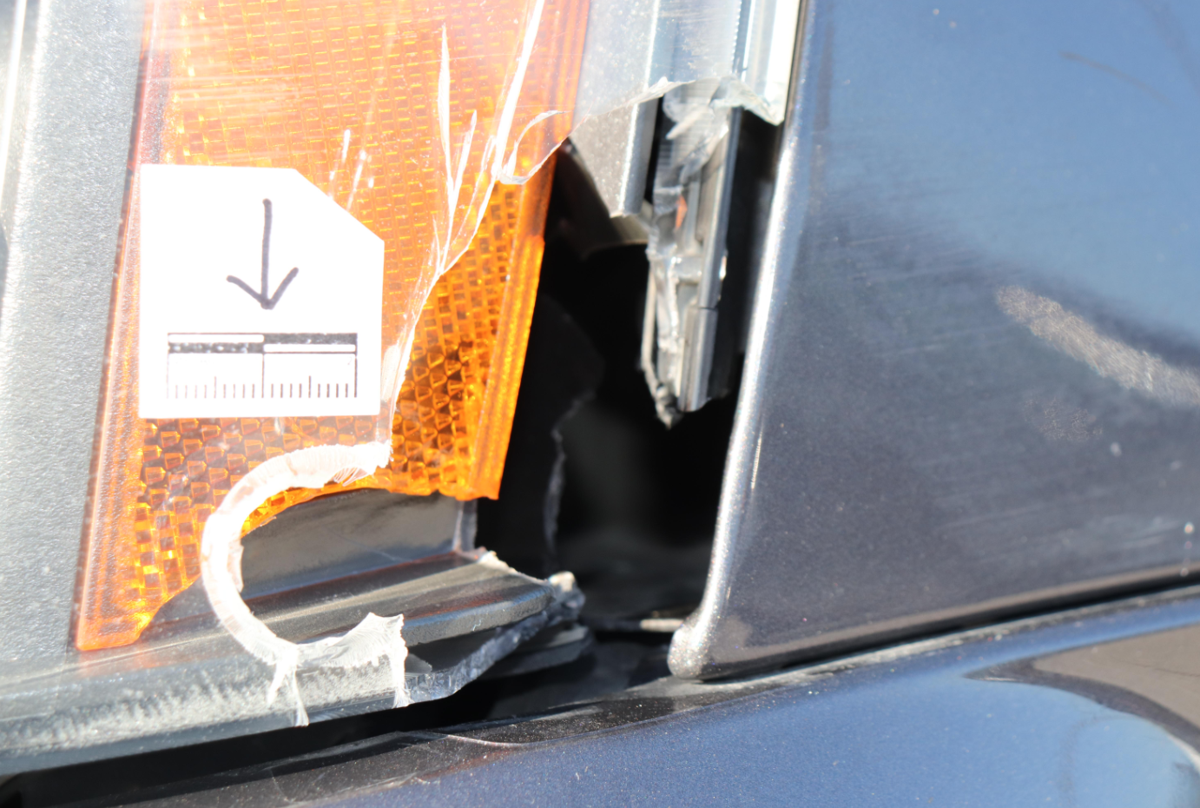 No officers were hurt, but this photo shows bullet damage to an unmarked police car on Thursday, June 10, 2021. Photo by St. Louis police 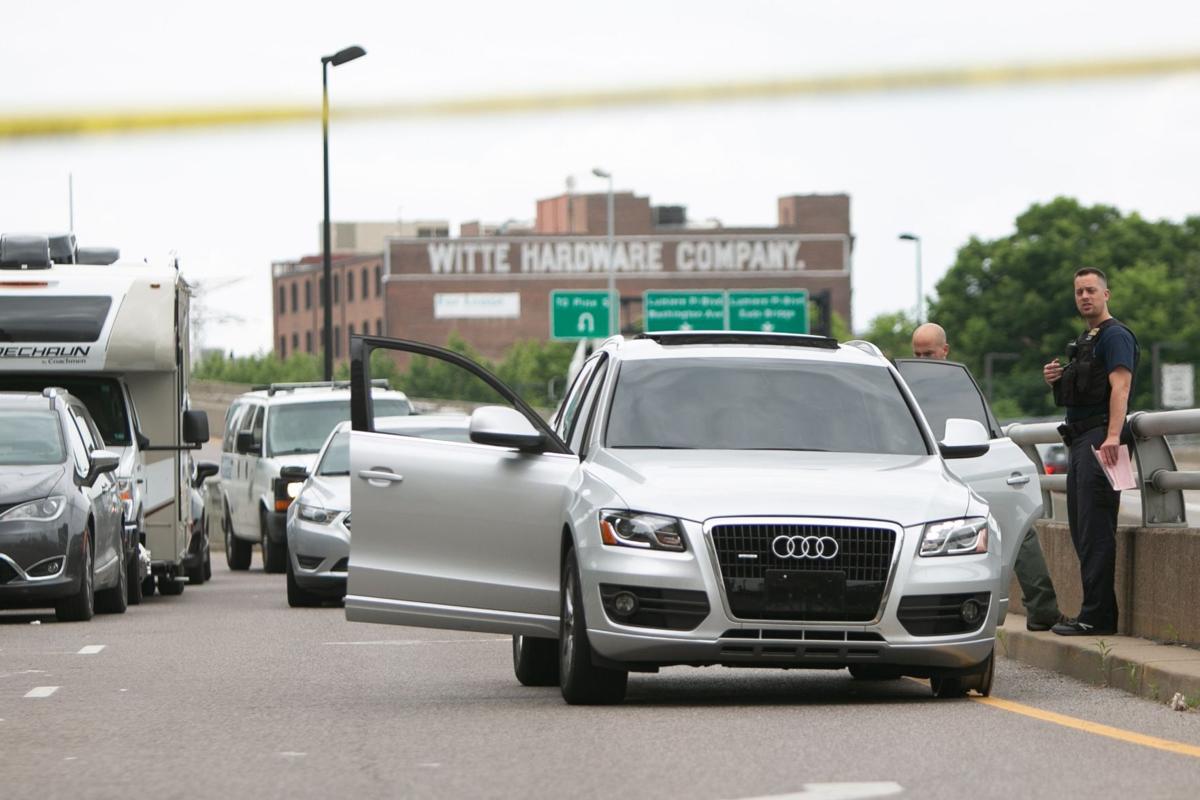 St. Louis police investigate the scene at Pine Street and Memorial Drive where a pursuit ended that started in the area of Jefferson Avenue and Russell Boulevard on Wednesday, June 9, 2021. At least one suspect was taken into custody. Photo by Daniel Shular, dshular@post-dispatch.com

ST. LOUIS — Authorities are investigating after shots were fired at undercover St. Louis police officers in two separate incidents within a 13-hour span.

The more recent shooting happened about 1 a.m. Thursday in the 5000 block of Goodfellow Boulevard, near Sherry Avenue.

No officers were hurt but their unmarked police vehicle was struck by gunfire.

Police said it began when officers saw a man on a sidewalk fire shots at two cars that were exchanging gunfire near Goodfellow and Lalite Avenue, police said. The man next fired at the officers’ car.

The officers were in an unmarked car and wore ballistic vests marked “Police.” They pulled to the curb and got out, and the man fired additional shots at them, police said.

They returned fire but didn’t hit the man, who ran to a car, drove through a yard and around a concrete barrier to escape, police said. Officers a short time later arrested the man, 29, near Park Lane and Switzer Avenue.

The shooting occurred in the Walnut Park West neighborhood, just north of Interstate 70.

About noon on Wednesday, different officers exchanged gunfire with a man who fired at them in the 2200 block of South Jefferson Avenue, in the Fox Park neighborhood. No one was hit by bullets. Police took two people into custody. One was a 17-year-old boy, the other a 23-year-old man.

The shooting on Jefferson began when officers in an unmarked car saw a silver Audi SUV with expired temporary tags. The officers followed the SUV, which made a U-turn on Jefferson. When the SUV passed the officers’ car, someone in the SUV appeared through the sunroof and fired shots at the officers, police said.

One of the officers in the unmarked car fired back. The officers then turned on the car’s emergency lights and siren and chased the SUV. The two suspects were arrested downtown near Memorial Drive and Pine Street, near the Gateway Arch, when the SUV came upon stopped traffic.

Charges are pending in both cases.

The 2nd incident occurred after detectives observed a suspect (on the sidewalk) fire shots @ 2 cars, that were also exchanging gunfire near Goodfellow/Sherry around 1a. The suspect then shot the police car shot @ the detectives after they exited. No injuries. Suspect in custody. pic.twitter.com/z65AWzH6Vj

No officers were hurt, but this photo shows bullet damage to an unmarked police car on Thursday, June 10, 2021. Photo by St. Louis police

St. Louis police investigate the scene at Pine Street and Memorial Drive where a pursuit ended that started in the area of Jefferson Avenue and Russell Boulevard on Wednesday, June 9, 2021. At least one suspect was taken into custody. Photo by Daniel Shular, dshular@post-dispatch.com