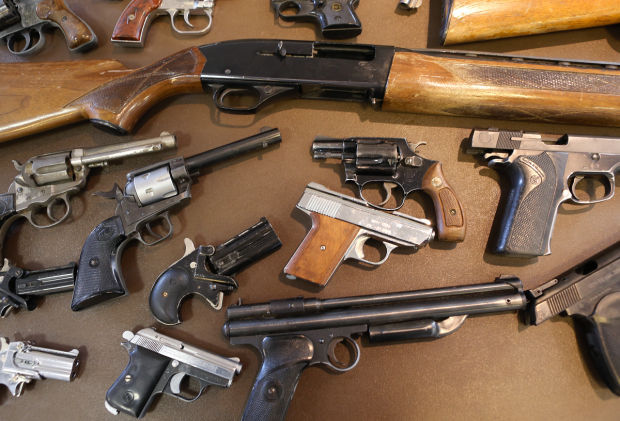 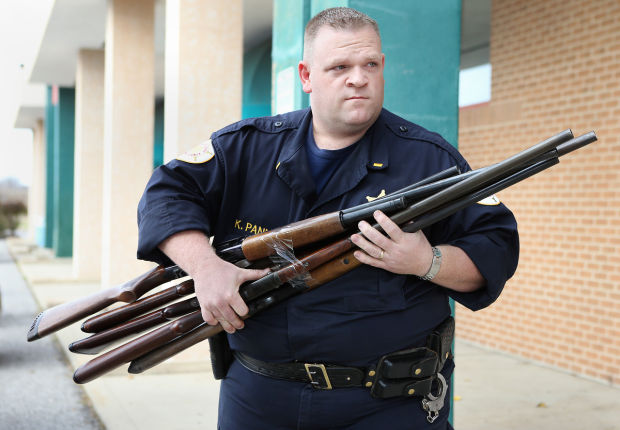 She arrived at a gun buyback program at the Clyde C. Jordan Senior Center in East St. Louis about 12:15 p.m. Saturday. But Williams, 65, got there too late.

People had begun lining up at 9 a.m. at the center, guns in hand. And all $10,000 worth of Schnucks gift cards were given away less than 10 minutes after the program began at 10 a.m.

“It’s just over?” Williams asked. She decided to take the broken, silver handgun she had brought inside a Crown Royal satchel back home.

It was the second year that the St. Clair County Sheriff’s Department conducted the program. Participants received a $100 gift card for each gun that they turned in. One man walked away with $500 worth after turning in five guns. But hopeful gun owners who, like Williams, came too late were told the gift cards were gone.

“We had given them all away,” St. Clair County Sheriff Richard Watson said enthusiastically. The yield: 130 guns of various types. (A few people who came too late for the gift cards turned in their firearms anyway.)

In the first year of the program last year, Williams said, he netted only about eight guns. Watson said people expressed concern that the buyback program amounted to a sting to arrest people. So this year, Watson set out to spread the word, visiting church pastors, area mayors and the media to explain that anyone could turn in weapons without retribution. St. Clair County State’s Attorney Brendan Kelly bought $10,000 worth of gift cards from Schnucks with confiscated drug money. The same amount was offered last year.

“It’s amazing the people really supported this program, and that’s who I want to thank,” Watson said. “We don’t know how much crime this might have avoided. The guns we took in today won’t be used in a crime again. They will never be a potential threat.”

Among the many guns were two sawed-off shotguns. Of the 130 guns taken in, 75 were operable, Watson said. The guns will be inventoried then melted down, he said.

Meanwhile, Gloria Williams will be able to have a good Thanksgiving after all, thanks to the generosity of a Post-Dispatch reader who saw this story and made a donation to help Williams.

If you're headed out tonight, you'll want to bundle up

The temperature is forecast to dip down to 13 degrees