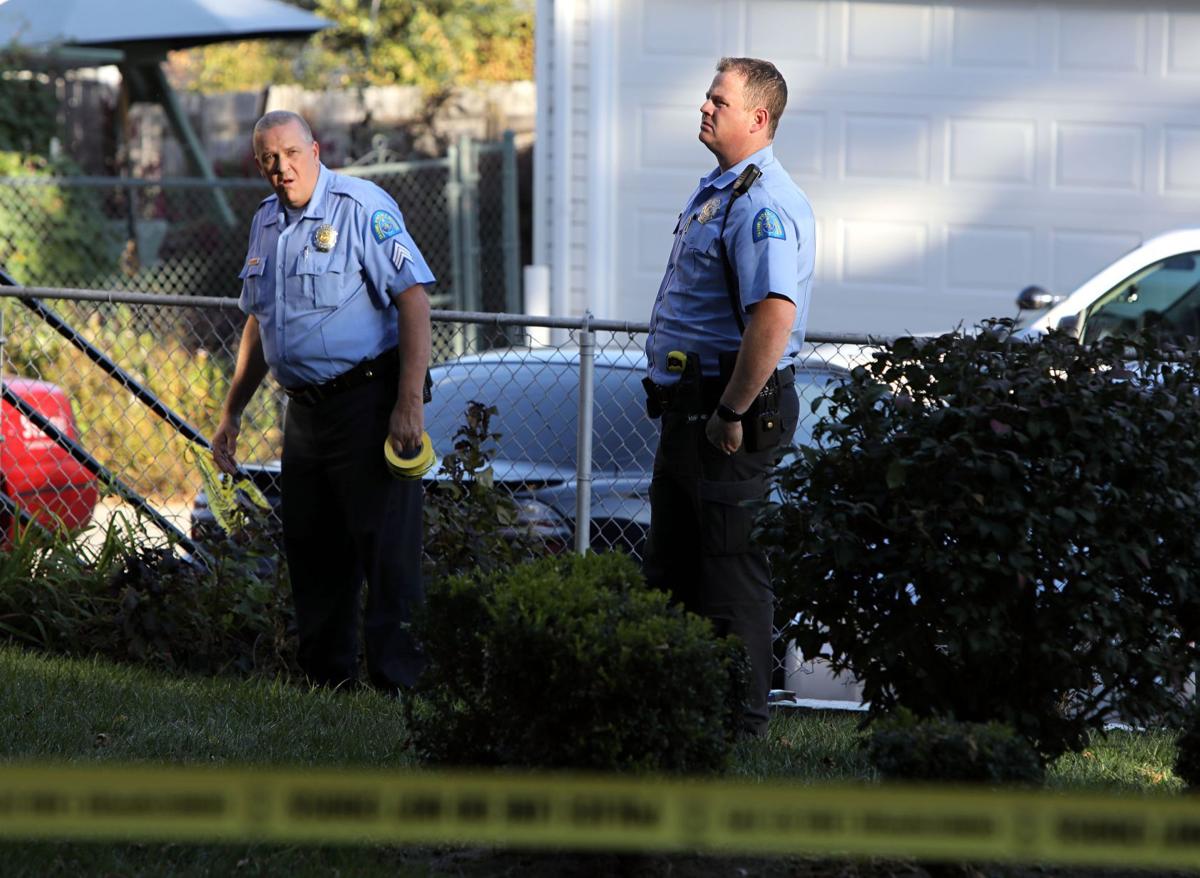 Police investigate the scene where a homeowner in 4100 block of Taft Avenue was confronted by two armed robbers demanding the homeowners truck on Tuesday, Nov. 1, 2016. The homeowner who was also armed shot and killed the the men attempting to rob him. Photo by David Carson, dcarson@post-dispatch.com 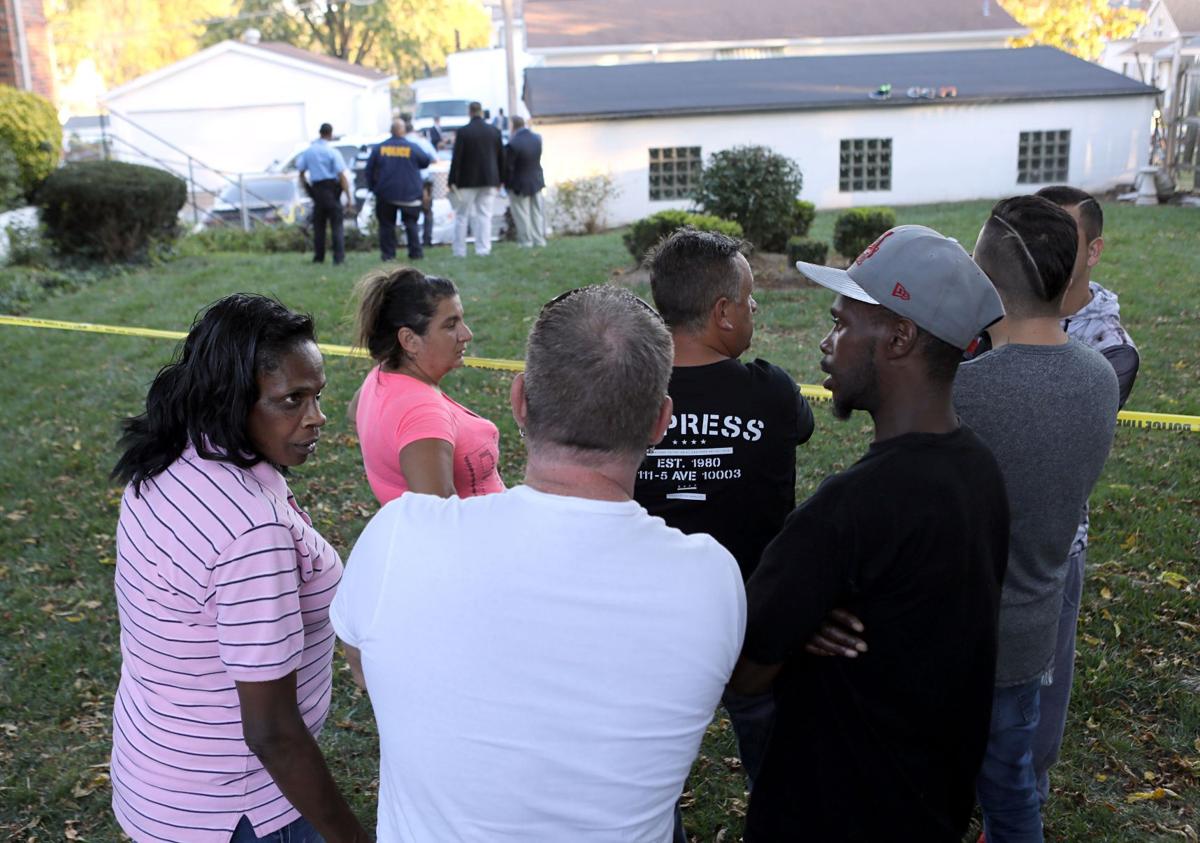 Members the community gather outside the police tape as police investigate the scene where a homeowner in 4100 block of Taft Avenue was confronted by two armed robbers demanding the homeowners truck on Tuesday, Nov. 1, 2016. The homeowner who was also armed shot and killed the the men attempting to rob him. Photo by David Carson, dcarson@post-dispatch.com 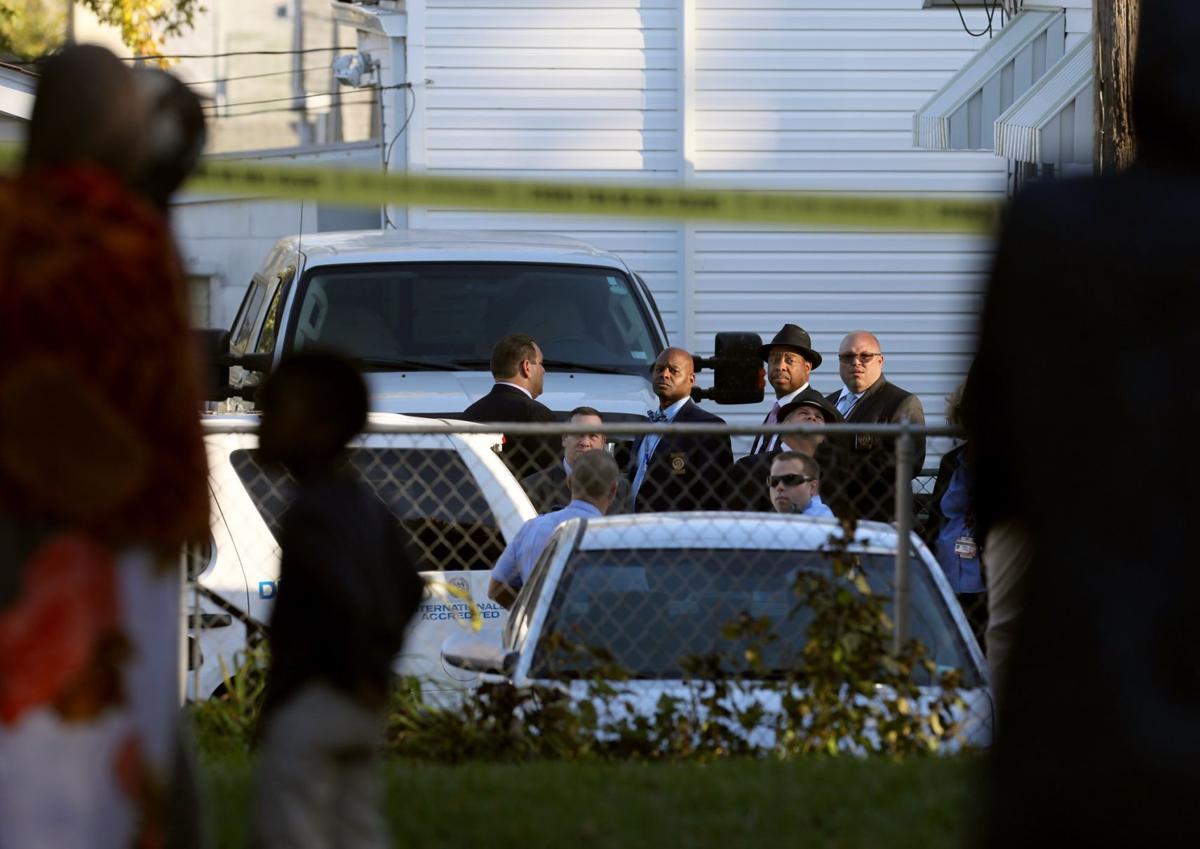 St. Louis police investigate the scene of a shooting near Morganford Road and Taft Avenue on Tuesday, Nov. 1, 2016. Photo by David Carson, dcarson@post-dispatch.com

UPDATED at 11 a.m. to include comment from man who fired the shots and identities of alleged intruders.

ST. LOUIS • The homeowner who shot and killed two armed intruders in his garage Tuesday afternoon said he was "devastated" by the incident.

"I wish it had never happened," he told the Post-Dispatch Wednesday. "I am devastated over it."

St. Louis police said the man, 73, was working in his closed garage in the 4100 block of Taft Avenue in the Bevo neighborhood when two men armed with pistols entered through the walk-in door and demanded his pickup truck, which was parked outside. The man pulled a pistol from his pocket and fired, killing both intruders, said Capt. Mary Warnecke, supervisor of the homicide unit.

“Right now it appears the homeowner acted in self-defense,” Warnecke said at the scene.

The incident occurred just before 4 p.m. The intruders fell dead on a small concrete area between the man's garage and his one-story frame home. The pickup was parked in that spot. The homeowner was not injured.

Reached Wednesday, he declined to be identified and, after making his brief comment, said he didn't want to elaborate.

Also Wednesday, police identified the dead men as Jonathan Warren, 18, of the 900 block of Dawnview Drive near Florissant; and Lonnie Middlebrook, 20, of the 200 block of Meadowcrest Drive in Ferguson. Warnecke said officers recovered the homeowner’s pistol and two handguns linked to Warren and Middlebrook.

Police said the homeowner told them he pulled his pistol and began shooting after one of the intruders put a gun to his head and ordered him to back up. Police said the weapon linked to Warren had been reported stolen in Florissant on Sunday.

Peggy Armbruster, who lives on Beethoven Avenue, across the alley from the shooting scene, said the man and his wife have lived in the neighborhood a long time and are “super, super nice people.”“The man takes his snow blower and clears my porch,” she said. “He takes care of a neighbor who is blind. He likes to tinker in his garage and he is back there a lot.”

Armbruster said her neighbor told her that he had been the victim of robbery attempts in the past. She said she had not noticed before that he was armed but said he is an avid hunter.

Erick Kayongo, 22, lives in a second-floor apartment in a building on Morganford Road with a walkway that overlooks the yard where the shooting occurred. He said he was inside watching a soccer game when he heard seven or eight shots. He ran outside onto the walkway and saw two people on the ground and the homeowner nearby. He called police.

Kayongo was shocked by what happened and couldn’t believe what he saw. He said the gunshots were the first he had heard in the year since he’d moved to the neighborhood.

Kayongo’s landlords are Ron and Joan Pratt, who have owned the apartment building, called Morgan Manor, for more than 40 years. They used to live in the building but now live about 10 minutes away.

The Pratts said the neighborhood is safe and they would be comfortable moving back. “We’ve never had a single break-in,” Ron Pratt said of the 12-family apartment building.

Joan Pratt said many of the tenants are recent immigrants. “A lot of the tenants come from places that are under siege now, so this is very scary for them,” she said of the shooting.

The Pratts said they have known the man who owns the home where the shooting occurred for decades. They said he is a retired fireman who has lived at the home with his wife and that he is friendly and warm.

“He would never miss a chance to stop and say ‘Hi,’” Ron Pratt said.

The homeowner and his wife often attended neighborhood meetings, the Pratts said.

He often called the Pratts with maintenance issues in their building that he noticed, such as gutters needing cleaning.

The couple said the homeowner has long owned pickups and that he takes good care of them.

The Pratts said they are sure the man wouldn’t have opened fire on anyone trying to steal from him unless he feared for his life.

“Not his truck, but his life,” Joan Pratt said.

Police investigate the scene where a homeowner in 4100 block of Taft Avenue was confronted by two armed robbers demanding the homeowners truck on Tuesday, Nov. 1, 2016. The homeowner who was also armed shot and killed the the men attempting to rob him. Photo by David Carson, dcarson@post-dispatch.com

Members the community gather outside the police tape as police investigate the scene where a homeowner in 4100 block of Taft Avenue was confronted by two armed robbers demanding the homeowners truck on Tuesday, Nov. 1, 2016. The homeowner who was also armed shot and killed the the men attempting to rob him. Photo by David Carson, dcarson@post-dispatch.com

St. Louis police investigate the scene of a shooting near Morganford Road and Taft Avenue on Tuesday, Nov. 1, 2016. Photo by David Carson, dcarson@post-dispatch.com