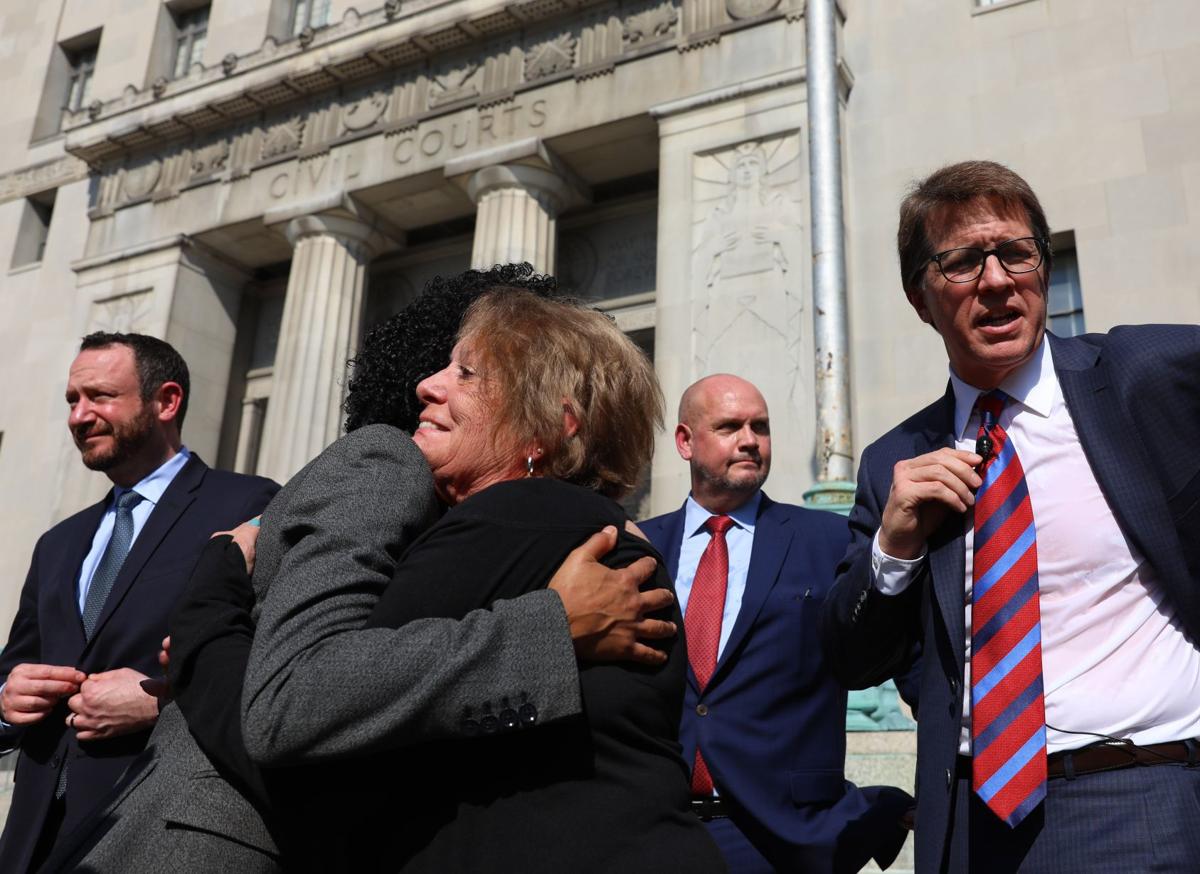 Plaintiff Gail Ingham, of O'Fallon, Mo., embraces Monica Cooper, one of her attorneys, outside the civil courthouse in downtown St. Louis on July 12, 2018, after giving a statement to media following a verdict against health care giant Johnson & Johnson. 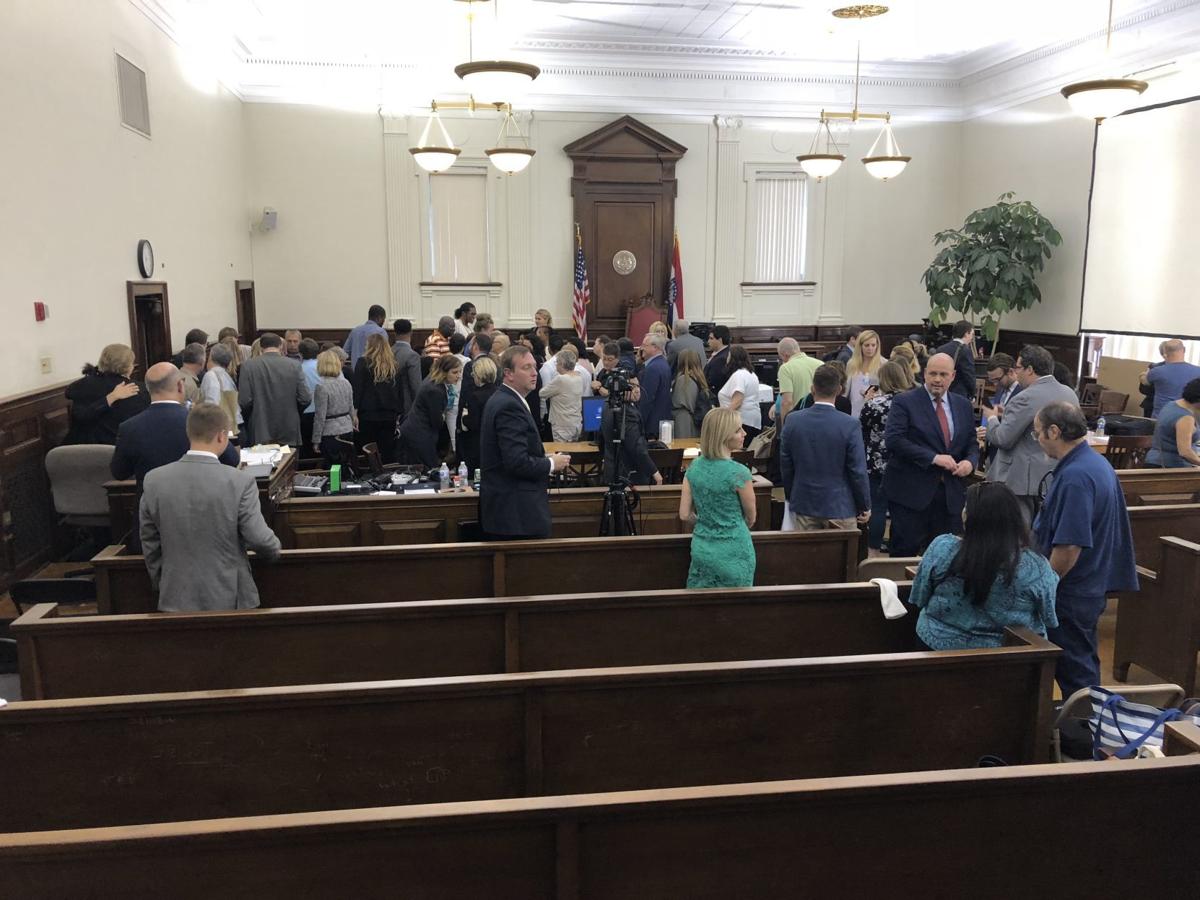 ST. LOUIS • In court Thursday, 22 people were awarded $4.69 billion at the end of a six-week trial testing claims that they or their loved ones got ovarian cancer from asbestos in talcum powder, including a total of $550 million in compensatory damages against Johnson & Johnson and Johnson & Johnson Consumer Inc.

Although the compensatory damages awarded to each plaintiff’s family were the same, the plaintiffs have had very different outcomes. Some have recovered, at least one is terminal and some died of cancer and are now being represented by relatives.

Relatives who sued on behalf of someone who died received $25 million, as did individual women. In the case of a husband and wife, the jury awarded each $12.5 million — half for the wife and half for the husband who saw the effects of ovarian cancer on his spouse.

Asked if he knew how jurors determined the compensatory figure of $25 million per family, Eric Holland, an attorney for the plaintiffs, said he believed jurors followed the instructions they were given: to adequately compensate the plaintiffs for the actual damages they have suffered and will suffer. That can include medical bills, pain and suffering, lost wages, disfigurement and for the spouse, loss of companionship.

During deliberations, he said, jurors requested medical records, including each plaintiff’s history of cancer. They also asked for tape and highlighters, he said.

“It was my belief ... that they were very carefully considering each and every plaintiffs’ damages,” he said.

Holland said the cancer victims had to endure “massive” surgery, the uncertainty of how much of the cancer had been removed, followed by chemotherapy and its side effects. He said those who had recovered still woke every day with the fear that their cancer would return.

And, he said, “These women were all given a fairly low number compared to past talc verdicts in terms of compensatory damages,” which include medical expenses, and past and future pain and suffering.

Johnson & Johnson declined a request for an interview Friday.

The company said in a statement issued shortly after the final verdict Thursday that the even division of compensatory damages showed the evidence in the case “was simply overwhelmed by the prejudice of this type of proceeding.”

The compensatory damages were dwarfed by the more than $4 billion in punitive damages.

A female juror who did not want her name used told the Post-Dispatch Thursday that jurors arrived at that figure by multiplying a recent talcum powder yearly sales total by the roughly 40 years since the company said its products were free of asbestos.

Morton Dubin, an attorney for Johnson & Johnson, told jurors before punitive damages were awarded that the talcum powder business represented only a small percentage of the company.

But Holland said there was evidence in the trial that the company used its baby powder, and the signature smell that is “downloaded in people from the moment they have the baby in the hospital,” as “the golden egg” that “instills trust and confidence in people across all their other brands.”

St. Louis Circuit Judge Rex Burlison, under an agreement between both sides, will determine how the punitive damages are split among the plaintiffs.

But there is a long way to go before anyone gets a check.

Johnson & Johnson vowed to appeal the verdict. The company also is likely to file a motion invoking a cap on punitive damages of five times compensatory damages, although Holland said Friday that the constitutionality of that Missouri cap had never been fully tested.

Also in Missouri, half of punitive damages — after attorney fees and expenses are deducted — goes to a fund that compensates the victims of a personal injury, wrongful death or tort lawsuit whose settlement or judgment wasn’t fully paid.

Holland declined to specify the amount of attorney fees and costs.

Something else that could come into play in an appeal is the issue of jurisdiction. On June 29, a Missouri appeals court tossed out a South Dakota woman’s award of $55 million in another St. Louis trial, saying Missouri courts lacked jurisdiction because neither she nor Johnson & Johnson had the necessary connection to the state.

Only five plaintiffs in Thursday’s case are from Missouri, including one from O’Fallon.

In its statement Thursday, Johnson & Johnson complained of a “fundamentally unfair process that allowed plaintiffs to present a group of 22 women, most of whom had no connection to Missouri, in a single case all alleging that they developed ovarian cancer.”

The company says studies show no connection between talc and cancer and says that talc in consumer products has been required to be asbestos-free since the 1970s.

Another attorney for the company, Peter Bicks, told jurors in closing arguments that the plaintiffs had failed to prove Johnson & Johnson’s products caused the women’s cancer and that the company had exceeded industry standards for years testing its talcum powder for asbestos.

• Oct. 27, 2016: Jury awards $70 million to California woman; it was first verdict to find against Imerys Talc, a supplier of talcum powder to Johnson & Johnson.

• March 3, 2017: Jury finds in favor of Johnson & Johnson, rejecting Tennesee woman's claims her long-term use of baby powder contributed to her ovarian cancer.

Plaintiff Gail Ingham, of O'Fallon, Mo., embraces Monica Cooper, one of her attorneys, outside the civil courthouse in downtown St. Louis on July 12, 2018, after giving a statement to media following a verdict against health care giant Johnson & Johnson. 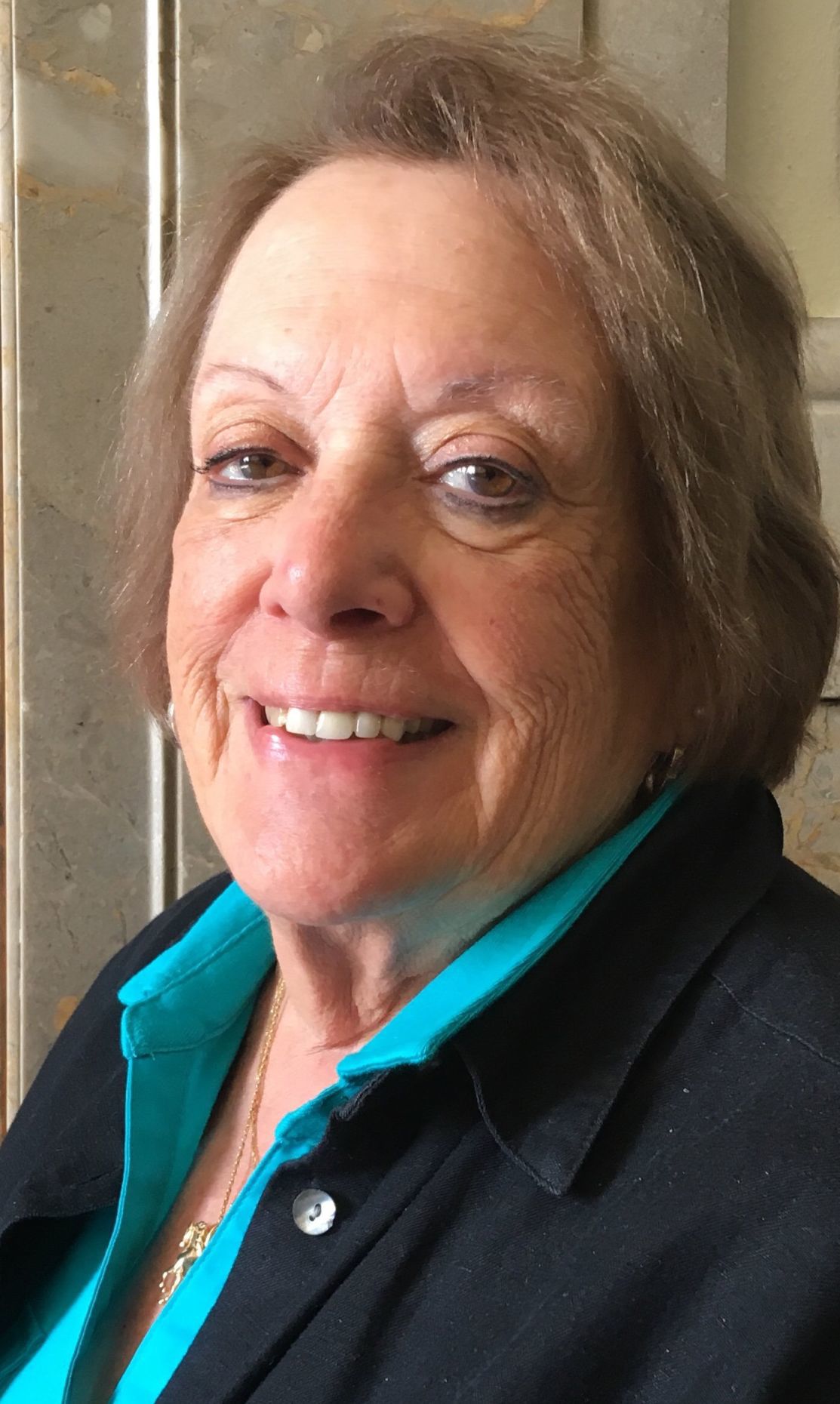 Gail Ingham of O’Fallon, Mo., is among 22 plaintiffs claiming talcum powder in Johnson & Johnson’s baby powder contributed to their ovarian cancer. Ingham was diagnosed in 1985 and overcame the disease in the early 1990s. Photo by Joel Currier, jcurrier@post-dispatch.com 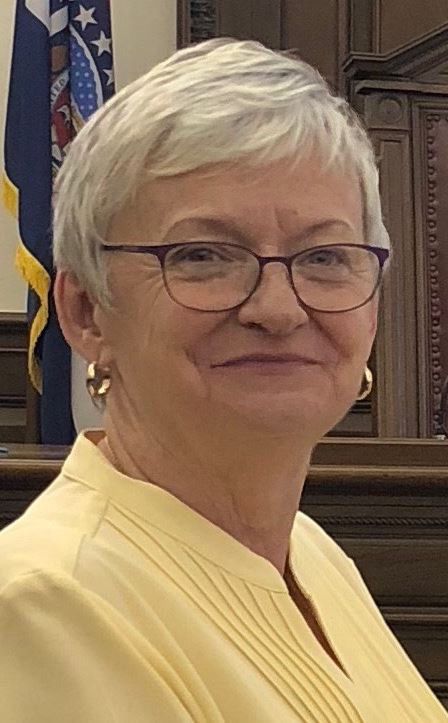 Karen Hawk of Kansas City, Mo., is among 22 plaintiffs in the latest talcum powder trial in St. Louis. She was diagnosed with ovarian cancer in 2003 and after chemotherapy and other treatment was found without evidence of the disease in 2008. 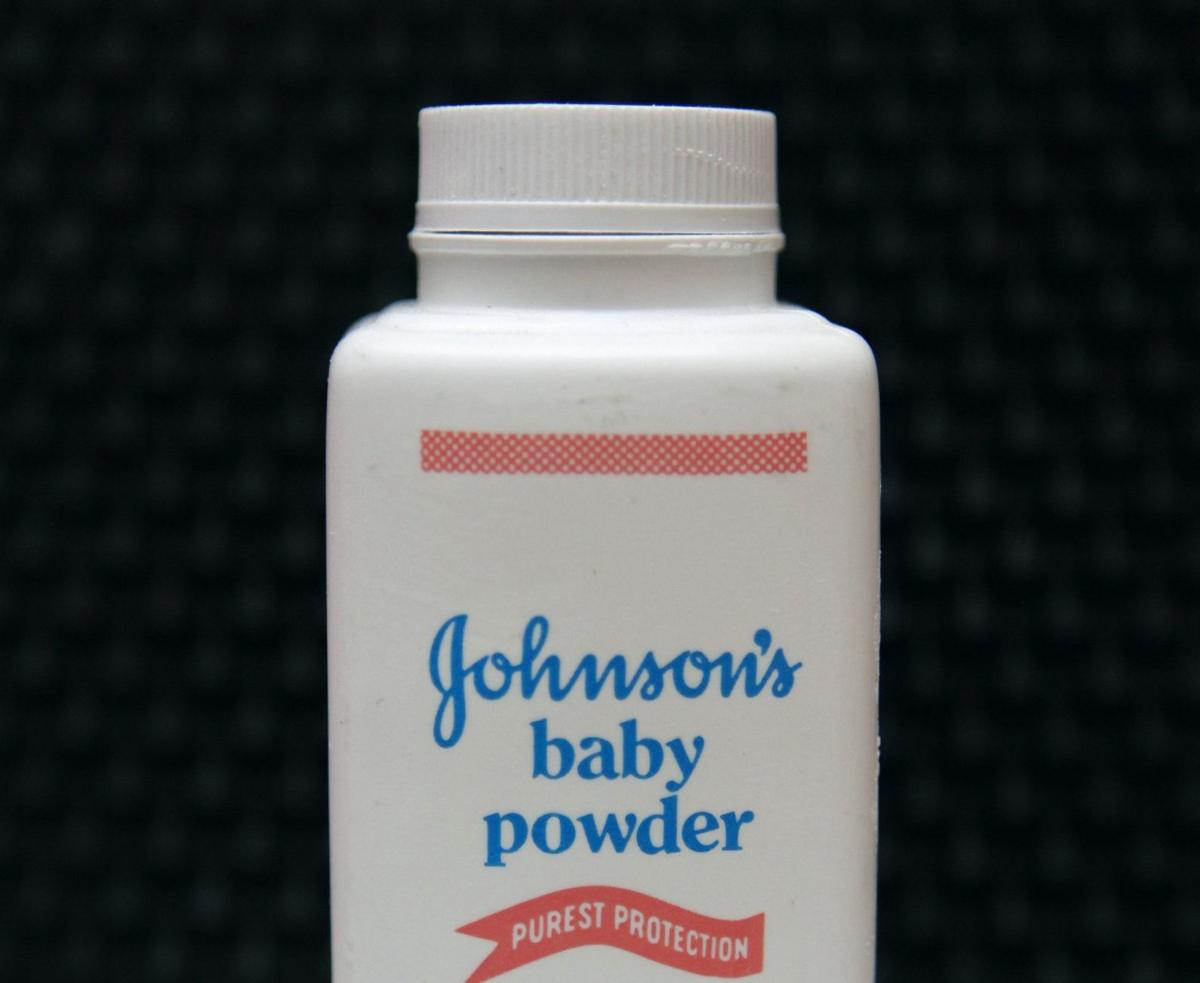 A bottle of Johnson's baby powder in a file photo. (AP Photo/Jeff Chiu)