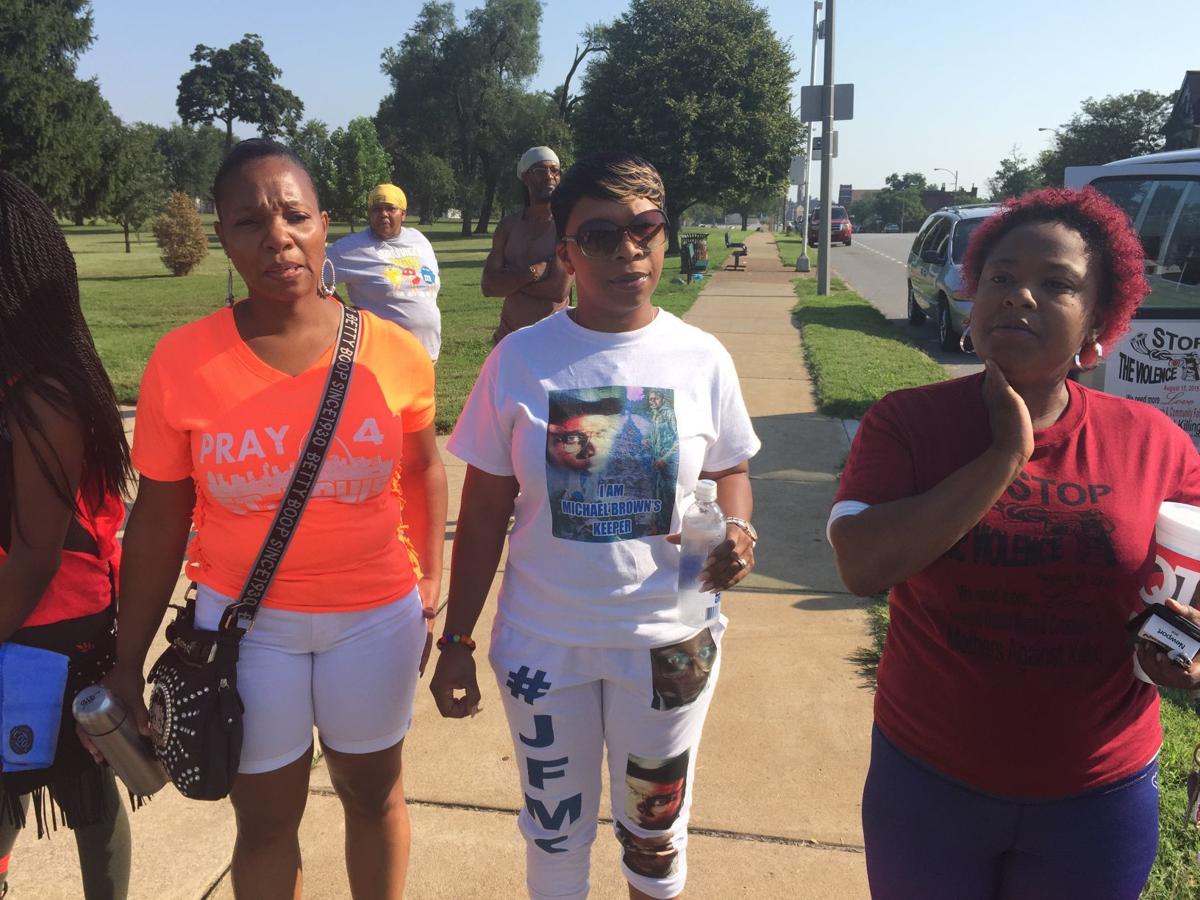 Lesley McSpadden, center, the mother of Michael Brown, participates in the "Stop the Violence" march on Saturday. 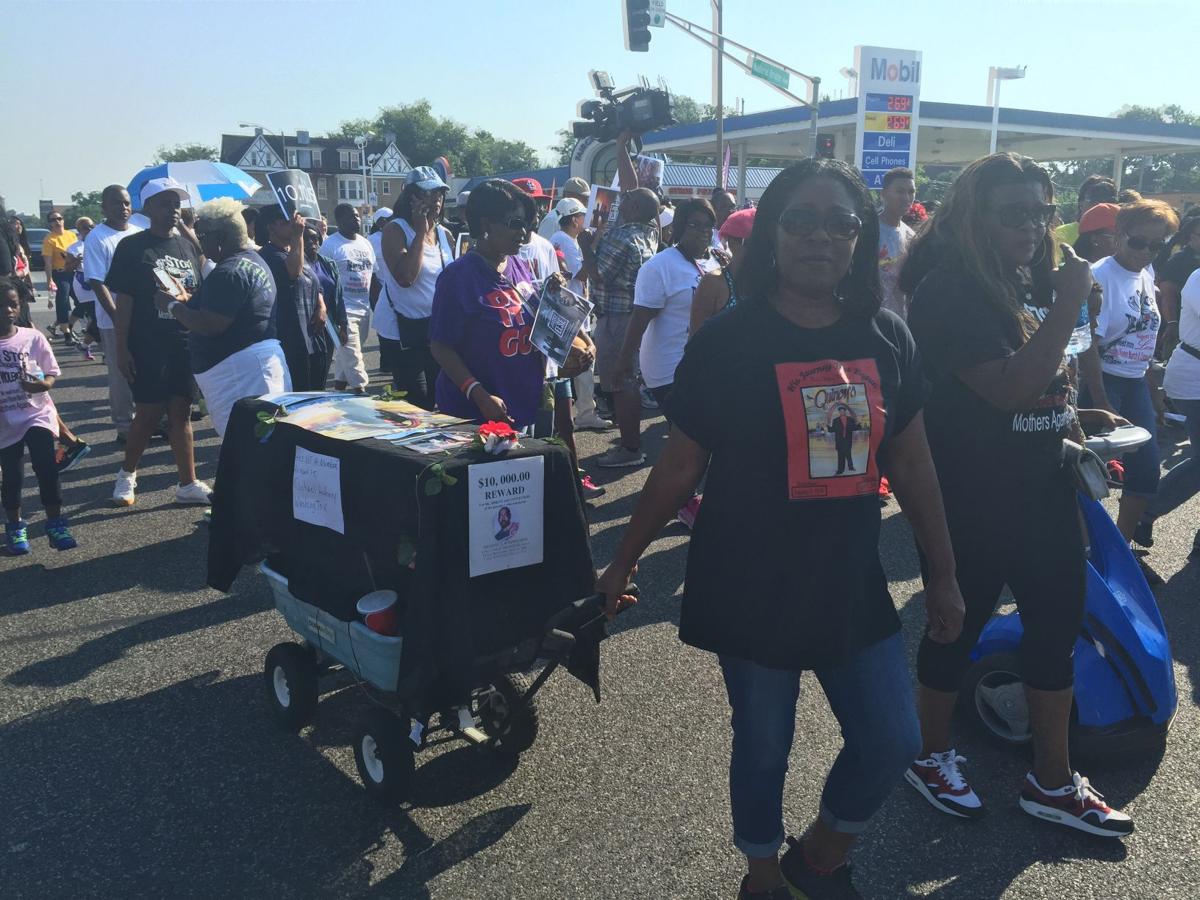 Shirley Washington, 57, of Bridgeton, drags a makeshift, symbolic casket in the Stop the Violence march in St. Louis Saturday. Her son, Michael Anthony Washington, was a homicide victim in 2006.

ST. LOUIS • Shirley Washington pulled a wagon along Grand Boulevard on Saturday with a makeshift casket symbolizing her son’s shooting death in 2006.

Washington, 57, of Bridgeton, was among several hundred people who participated in a Stop the Violence march to draw attention to killings throughout the city. This year, police have reported at least 126 homicides in St. Louis, a sharp rise from recent years.

“My son was 32 when he was killed,” Washington said as she pulled the casket. A sign was attached that declared: “He’s not a number, his name is Michael Anthony Washington.” The casket also bore a sign promising a $10,000 reward for information on the unsolved murder.

“I want justice for my son,” she said. “It’s been nine long, hard years. He left behind five boys and two girls.”

Washington said life has been hard for her family as well as for other families who have lost loved ones to violence.

“I want the killings to stop,” she said. “No mother should have to bury their child. There’s no greater pain than burying your child.”

“I wanted to be out here to support the march for mothers against killings,” she said. “Why not be out here? It’s only right.”

McSpadden said she was not trying to draw attention to her son’s death. Rather, she said, she wanted to return some of the community support she has received in the year since the incident. “I’ll never forget that,” she said softly. “I’m here to support other mothers because they supported me.”

The Rev. Calvin Scott, of Believers Temple Church, joined in on the march along with his wife, Deborah Scott. He said he hoped the march would send a strong message to anyone committing violence to “stop the senseless killings of our young people.”

The Scotts have three daughters, four grandsons and two granddaughters.

“It means a lot for me to show support that young people can get along,” she said. “They are the future. We need to encourage them that there is more to life than violence.”

“I’m out here to show support for the community,” he said. “

The march began Saturday morning at Fairground Park and ended at Rauschenbach Park.

He was shot in head, torso.

He was shot in head, torso.

Hundreds march for an end to violence in St. Louis

Hundreds of residents participated in a Stop the Violence march Saturday in St. Louis.

St. Louis had 159 murders last year. The city is trending toward 200 homicides this year.

Lesley McSpadden, center, the mother of Michael Brown, participates in the "Stop the Violence" march on Saturday.

Shirley Washington, 57, of Bridgeton, drags a makeshift, symbolic casket in the Stop the Violence march in St. Louis Saturday. Her son, Michael Anthony Washington, was a homicide victim in 2006.