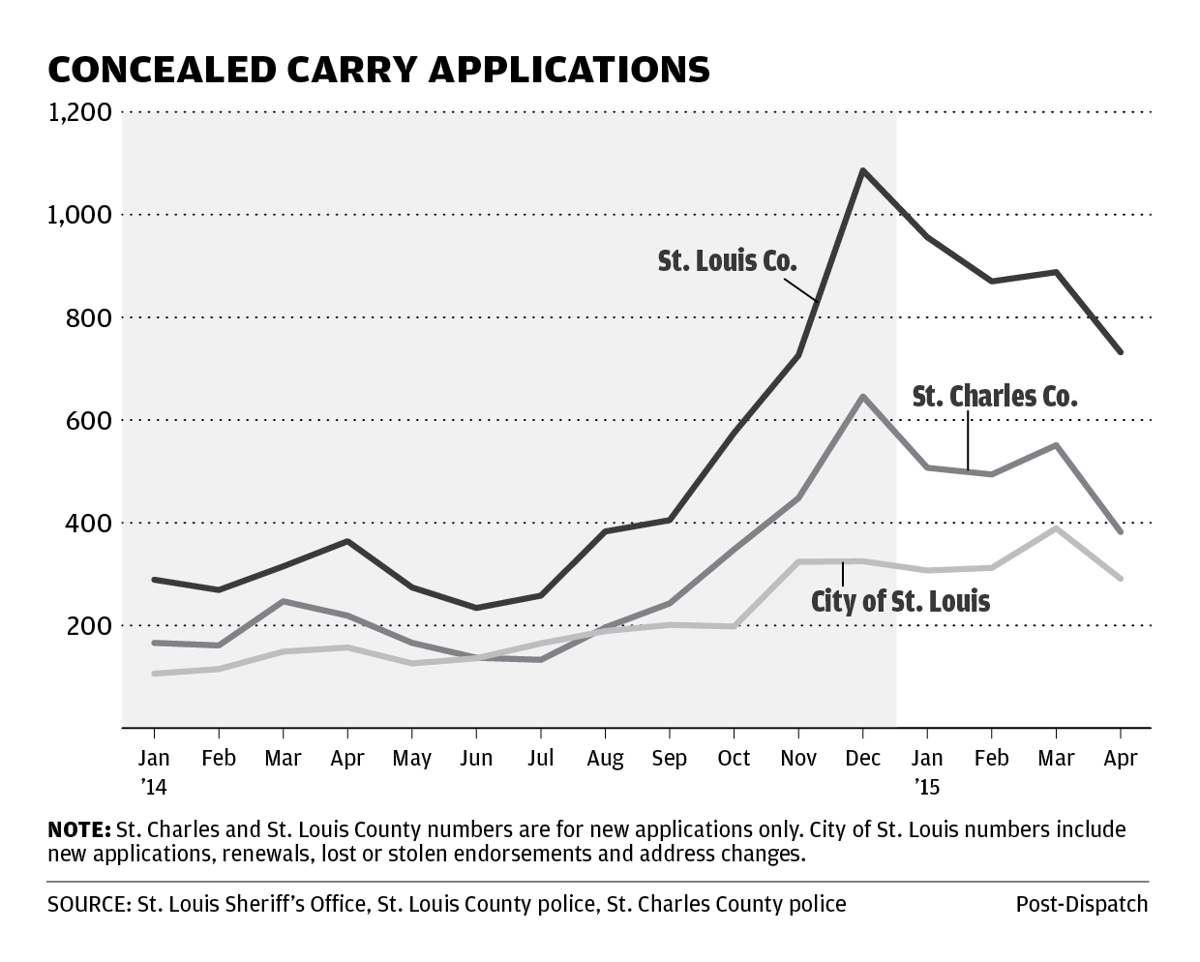 Reports of firearm thefts in St. Louis are up significantly this year, according to police figures.

In the first four months of the year, 183 guns were reported stolen, a 65 percent rise from the same period in 2014. The total figure probably is higher, because some gun thefts are not reported to police. Missouri does not require people to report when guns are lost or stolen.

In May, an additional 29 had been reported stolen as of Monday, the latest figures available, on pace with May 2014.

St. Louis Police Chief Sam Dotson said most stolen guns are taken from vehicles. He suspects that as more people have bought firearms and obtained concealed-carry permits, more are leaving guns unsecured in their cars when they go to venues that prohibit firearms, such as Busch Stadium.

“Criminals have figured this out,” he said, adding that in many of the break-ins, the firearm is the only item missing from the car. “That’s what they’re looking for.”

Missourians are not required to have permits to carry guns in vehicles.

Rick Rosenfeld, a criminologist at the University of Missouri-St. Louis, said the increase in thefts “is not at all surprising.”

“As a general rule,” he said, “the more firearms available … in residences or in motor vehicles, the larger the number of firearms that are going to be stolen.”

Following the unrest in Ferguson, many gun shops reported big increases in sales, and some area counties saw huge jumps in the number of new applications filed for concealed-carry permits.

In St. Louis County, the number of new permit applications filed each month has gradually begun to return to lower levels after peaking at 1,086 in December. That said, the 3,446 applications filed as of April this year is up 179 percent from the same period last year.

St. Charles County experienced a similar trend. Specific figures for new applications in St. Louis were not provided, though the total number of filings for applications, renewals, missing endorsements and address changes rose toward the end of last year.

The number of guns police are seizing is also going up, though to a lesser extent than the number stolen. The 632 guns taken and submitted to a lab is 16 percent above what it was through April of last year.

Dotson said the guns that are stolen are “going underground,” and that many of the guns police seize are either stolen or have the serial numbers filed off.

He recommended that gun owners who leave firearms in vehicles secure them in a lockbox. Many lockboxes come with security cables allowing them to be attached inside a vehicle.

“Securing firearms can prevent some firearm thefts,” Rosenfeld said, “but there are these larger forces that suggest we are going to continue to see increases.”

He noted that crime overall has been up in the city during much of the past year and a half. Through April, crime is up 18 percent compared to last year.

Statistics on the share of gun crimes committed with stolen firearms are hard to come by, but the U.S. Department of Justice in the past has surveyed prisoners on how they’ve obtained guns.

In the most recent study, from 2004, only about 10 percent of state prisoners surveyed said they bought firearms from gun stores or pawnshops. Even fewer reported having stolen a weapon.

“Most of them get it from family, friends or the underground economy,” said Philip Cook, a Duke University professor who studies the economics of crime.

Many people who steal guns are probably more interested in selling them than using them to commit crimes, he said. “I think the answer is similar to what happens to electronic gear that’s stolen, or jewelry.”

Once guns are stolen, research suggests they typically aren’t recovered. A Bureau of Justice Statistics study drawing on annual surveys estimated that from 2005-2010, 1.4 million firearms were stolen in the U.S. More than 80 percent of stolen guns had not been recovered by the time each annual survey took place.

Have a stolen gun? Posting a pic to Facebook may not be the best idea

Christian R. Eaton posted picture online and sent text messages to a friend bragging that he had taken a gun

Dakota R. Moss and an accomplice stole 39 guns and a large amount of ammunition from a store in Centralia, Ill.

Arrests of burglary suspects in October led to single shot being fired by ATF agents, minor injuries to suspects.

Suspects in rash of St. Louis car break-ins were only charged with a few

At the time of their arrests, police said they suspected Michael Paynes and Calvin Willis of 20 car break-ins. 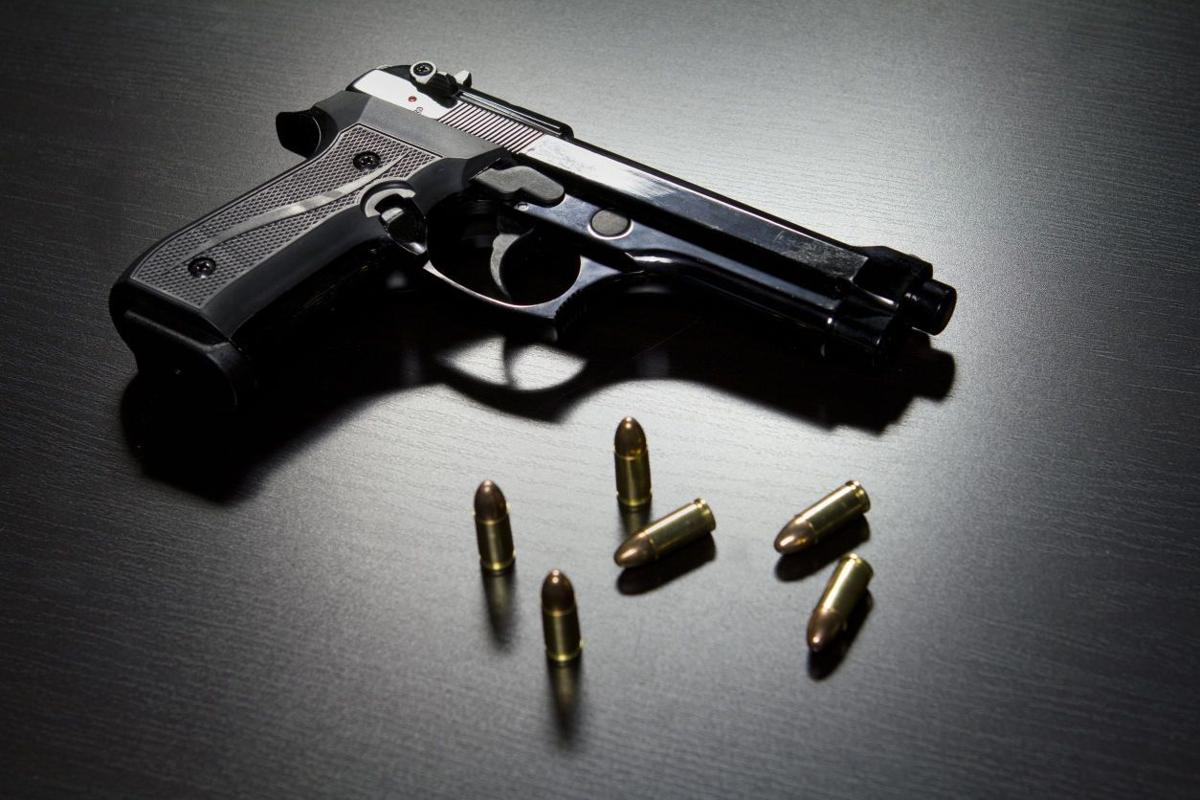