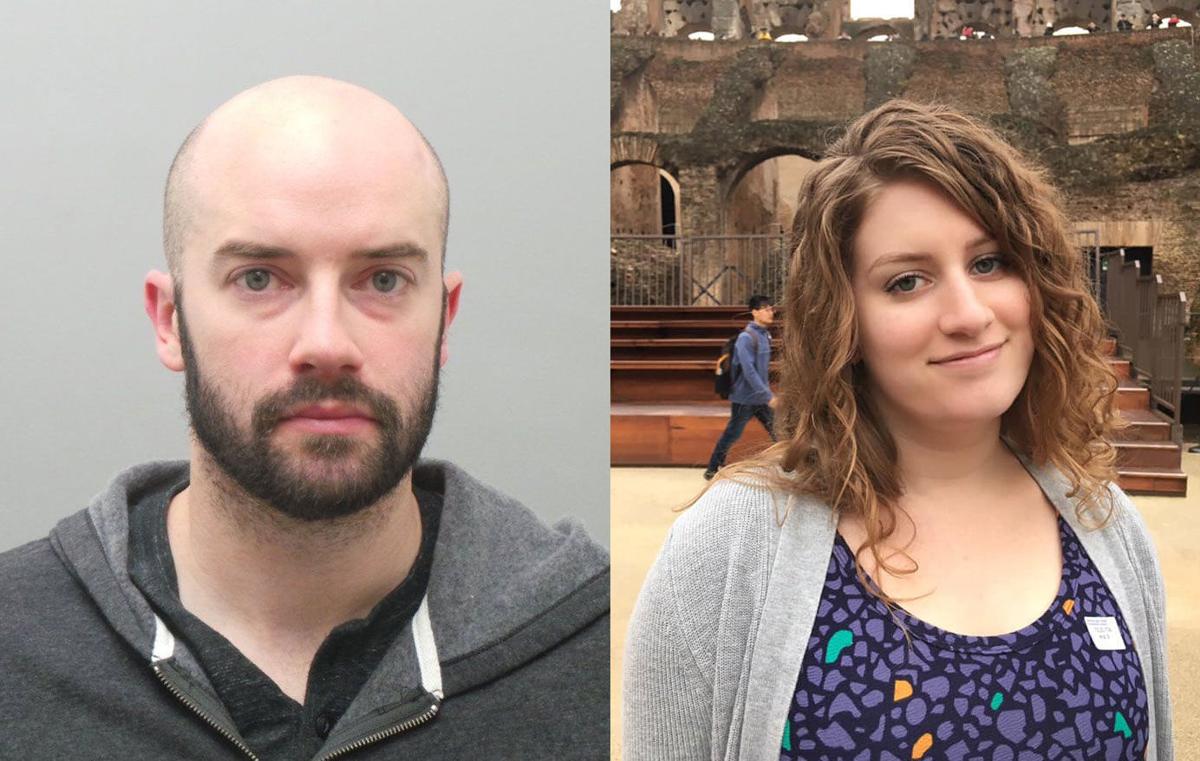 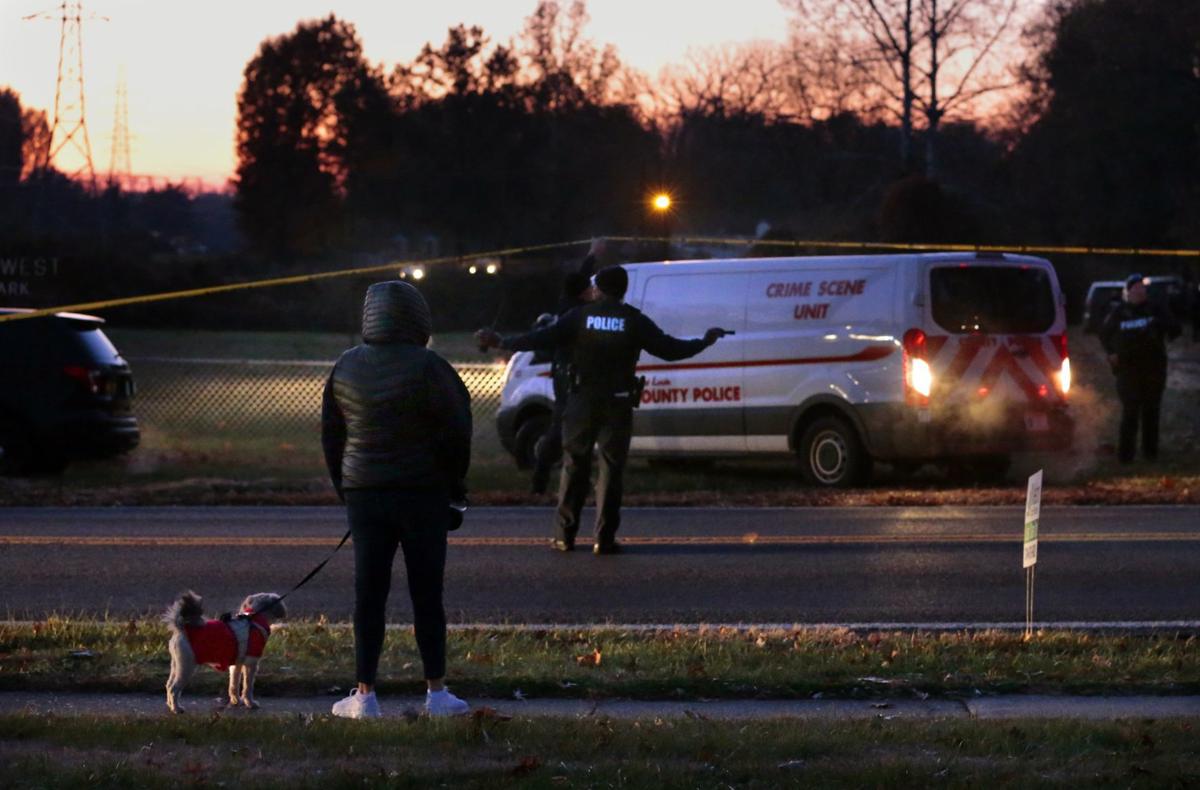 Cynthia Lucido and her dog Mia watch from Ross Avenue as a St. Louis County police crime scene van arrives at Robinwood West Park, located just north of the home of missing woman Jennifer Rothwell on Thursday, Nov. 14, 2019. "When I saw all the police cars, I knew they found something," said Lucido, who lives on nearby Merrick Drive. "It's heartbreaking." Photo by Robert Cohen, rcohen@post-dispatch.com. 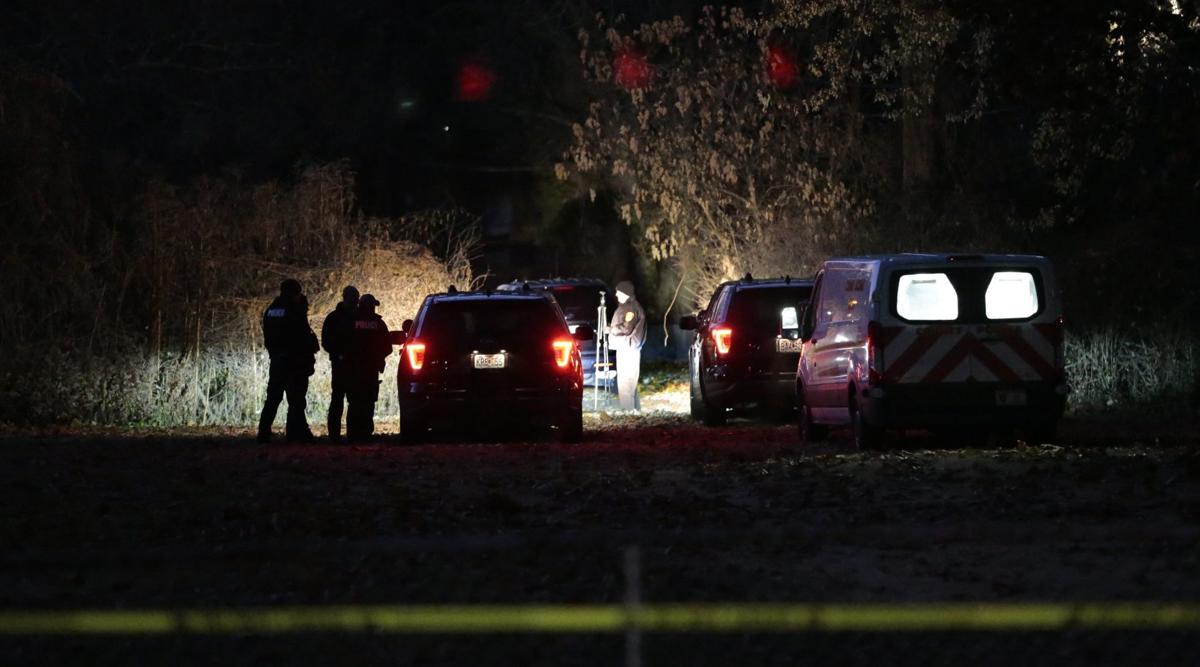 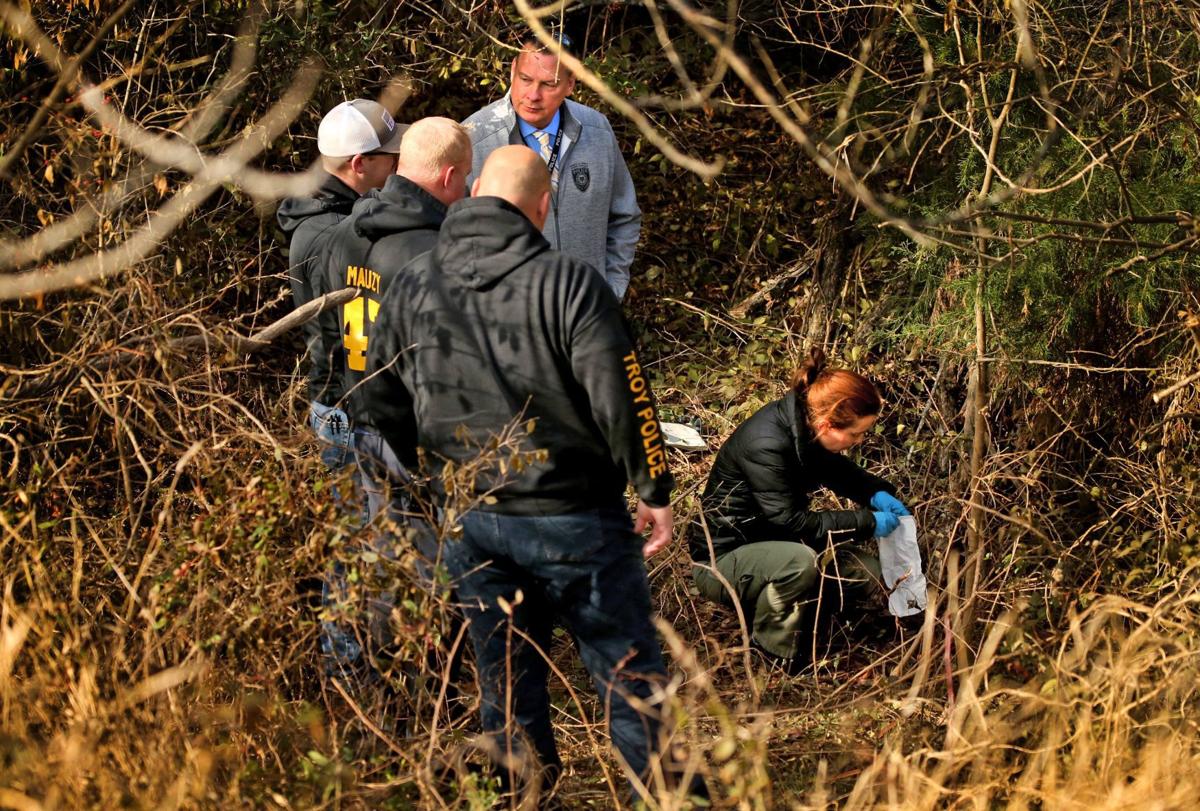 CLAYTON — Jennifer Rothwell, the St. Louis County woman whose husband is accused in her death, had searched on her cellphone about “what to do if your husband is upset you are pregnant,” according to search warrants recently filed by police.

The Post-Dispatch reported earlier that the 28-year-old was pregnant at the time of her death. Detectives disclosed in warrants filed last week that she was six weeks pregnant.

Her husband, Beau Rothwell, reported her as missing on Nov. 12 but was charged in her death two days later. He told police where to find her body, authorities have said.

He initially told investigators that he and his wife had spent the night of Nov. 11 together watching cooking shows on television, according to the warrants. But Creve Coeur police on routine patrol had found Jennifer Rothwell’s car and tagged it as abandoned about 12 hours before her husband called to report her missing, the warrants reveal.

Beau Rothwell, 28, was charged with second-degree murder as well as tampering with physical evidence. He was having an affair at the time of his wife’s death, a source close to the investigation earlier told the Post-Dispatch.

Preliminary findings from Jennifer Rothwell’s autopsy showed that she suffered blunt force injuries to her head, according to the source. But toxicology results and other tests are still pending, so a final cause of death has not been determined.

Missouri law allows St. Louis County Prosecuting Attorney Wesley Bell to seek murder charges in connection with the death of a fetus. Tim Swope, Bell’s spokesman, has declined to comment until the office has received the autopsy report.

According to the documents, police discovered the following:

Beau Rothwell called 911 to report his wife of four years was missing at 9:44 p.m. Nov. 12. He told Creve Coeur police that he last saw his wife at 6:20 a.m. at their home along Northwinds Drive as she was leaving for her job as a chemical engineer at MECS Inc.

He told police that her co-workers told him that she never showed up for work that day and that they were concerned.

They found her car parked on the shoulder of a road in the 12800 block of Olive Boulevard, about 1.2 miles from their home. It wasn’t involved in any accidents and was driving properly. Her cellphone was inside.

Their home is in unincorporated St. Louis County just north of Creve Coeur, and the warrants show Beau Rothwell would not let police search the home, his car or cellphone or take a DNA sample from him, and requested an attorney.

Detectives then searched a trash can placed at the curb of the home on Nov. 13 where they found various cleaning supplies including rubber gloves and paper towels, the warrants said. They also found a receipt for various cleaning items from Nov. 11 at a Dierbergs grocery store.

Surveillance footage at that store showed Beau Rothwell paid for the supplies with a gift card and cash.

“This purchase was oddly at a time during a major snow event involving dangerous driving conditions, and was also contradictory to Beau Rothwell’s statement that he was home with his wife all night,” according to the documents.

Police also found signs of violence inside the home. Detectives described an “overwhelming” smell of bleach and other cleaners inside the home as well as several “large areas of red stain” at the base of the basement steps, which tested positive for human blood.

St. Louis County police said they used DNA samples from Jennifer Rothwell’s parents to confirm that blood found in the home was their daughter’s.

There was also damage to drywall in the basement, which had samples of human hair, the warrants revealed.

The blood-stained areas were wet with detergent and had a circulating fan blowing air over the area, and the basement windows were open despite temperatures in the 30s.

Detectives also found a 2015 GMC Canyon pickup inside the attached garage with a cover over its bed, which also reeked of bleach. A garage window was also open despite the temperatures, the documents show.

Detectives arrested Beau Rothwell on suspicion of murder the night they searched the home. He was charged the next day.

On Nov. 18, detectives searched a four-mile stretch of U.S. 61 near Troy, Missouri, for about six hours before finding Jennifer Rothwell’s body about 20 yards off the shoulder in a wooded area. Detectives found her naked body partially covered with branches and brush.

Some friends have said there were no signs of trouble between the couple.

Jennifer and Beau Rothwell earned degrees in chemical engineering from the University of Missouri-Columbia in 2013. They married in 2015 in St. Louis County.

Jennifer Rothwell was a member for two years of the nonprofit group’s Young Friends Organization, which raises money for the discounted child care agency for families in need.

Cynthia Lucido and her dog Mia watch from Ross Avenue as a St. Louis County police crime scene van arrives at Robinwood West Park, located just north of the home of missing woman Jennifer Rothwell on Thursday, Nov. 14, 2019. "When I saw all the police cars, I knew they found something," said Lucido, who lives on nearby Merrick Drive. "It's heartbreaking." Photo by Robert Cohen, rcohen@post-dispatch.com.