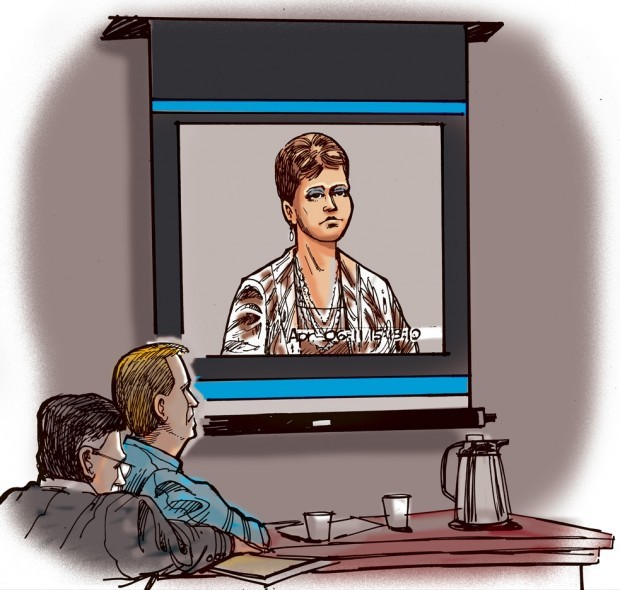 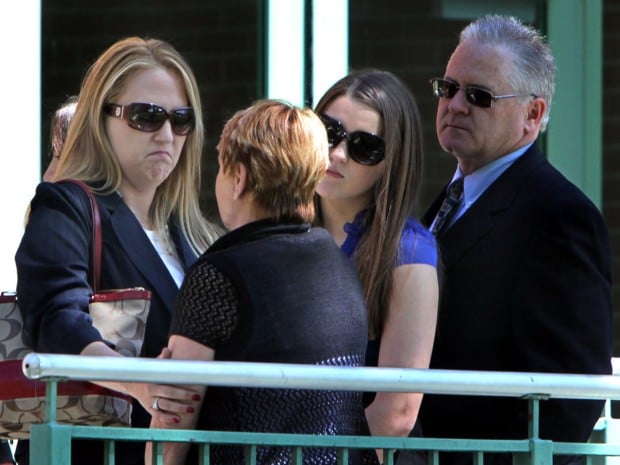 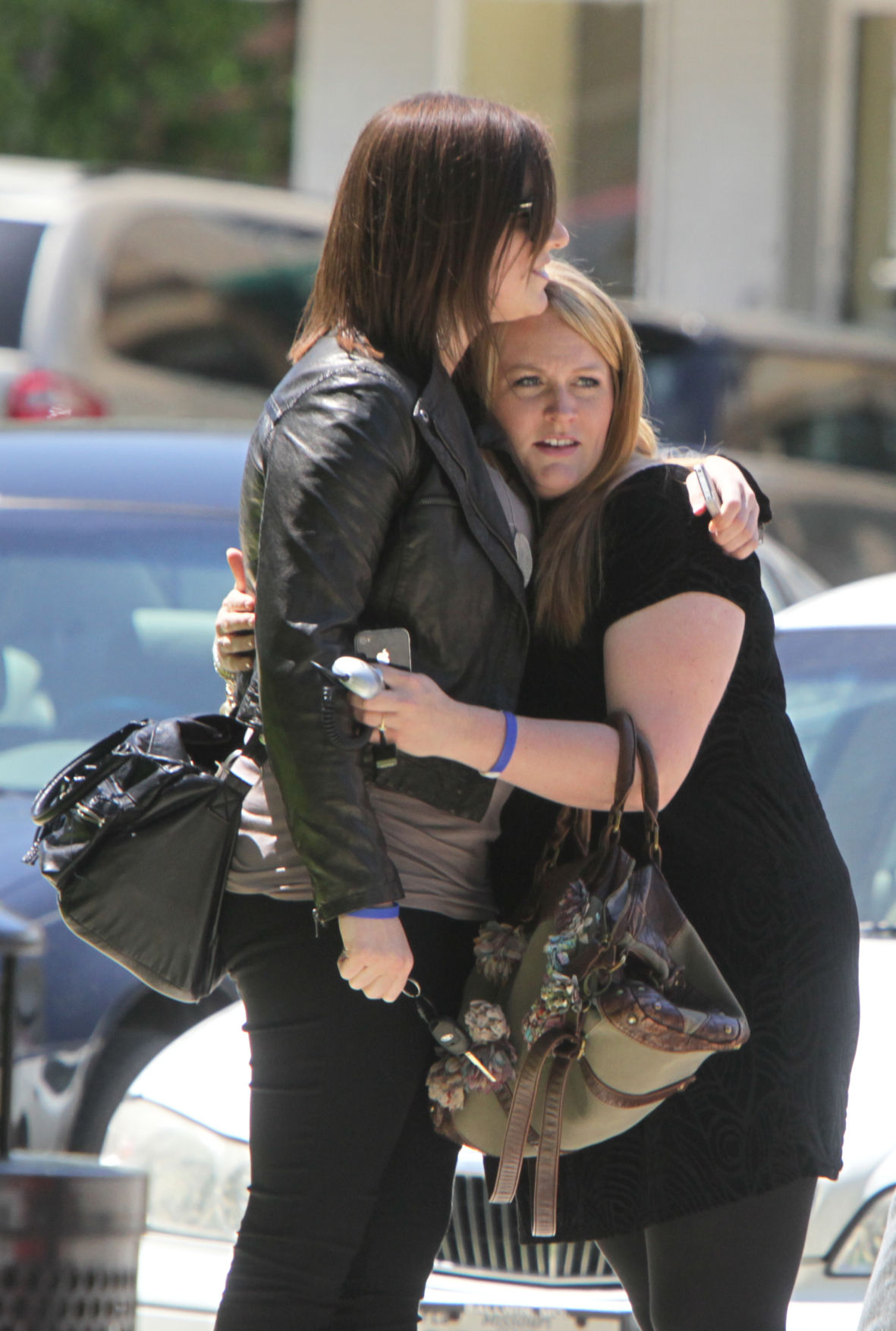 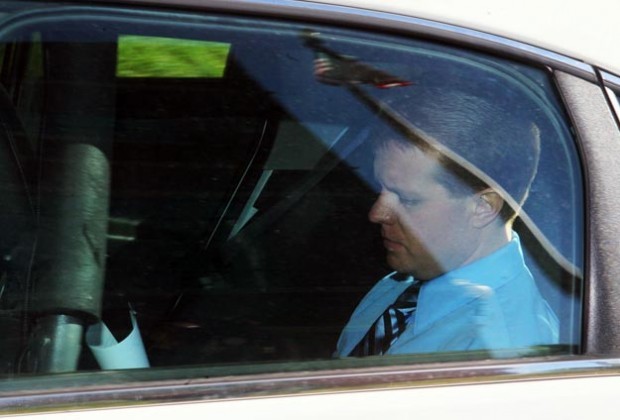 April 29, 2011--- Christopher Coleman arrives at the courthouse in Waterloo for day five of his triple murder trial on Friday. Coleman is accused of killing his wife and two sons. Emily Rasinski erasinski@post-dispatch.com 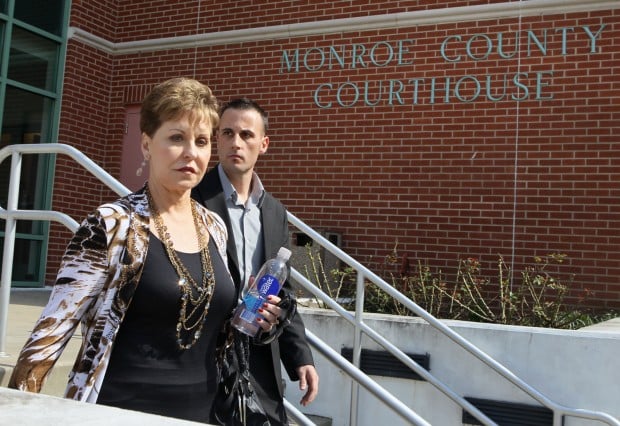 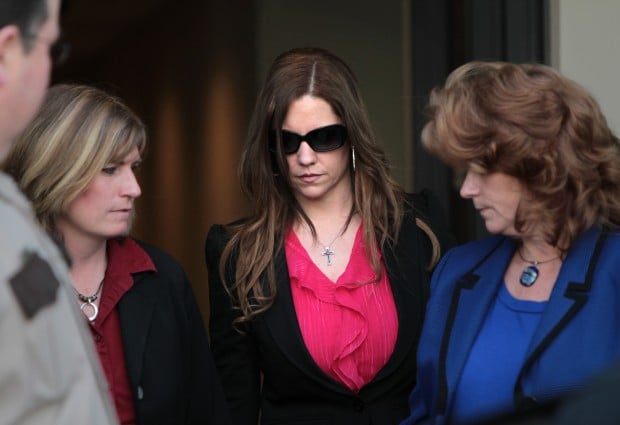 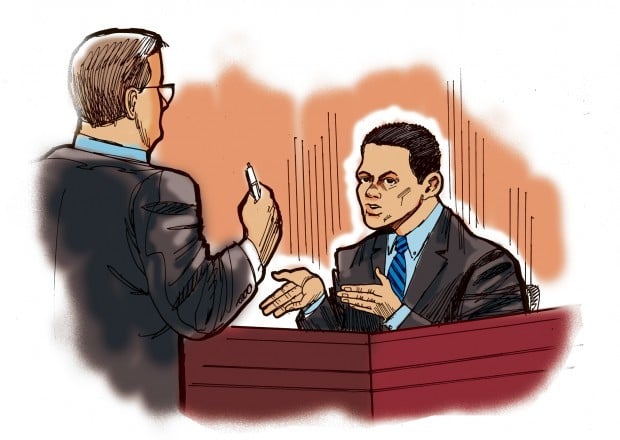 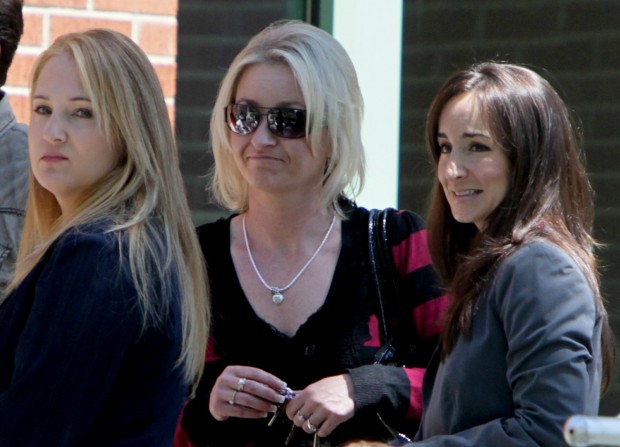 WATERLOO • Televangelist Joyce Meyer testified this afernoon by pre-recorded video deposition in Christopher Coleman's murder trial that he could have lost his job as her bodyguard if he had an adulterous affair.

"It could have definitely affected his job," she said

Meyer said she knew nothing of Coleman's extra-marital relationship with Tara Lintz, who lives in Largo, Fla. Meyer said she learned of the affair from police.

Prosecutors say Coleman killed his wife and two sons, found dead in their home in Columbia, Ill., on May 5, 2009, so he could be with Lintz without risking his $100,000-a-year security job with Joyce Meyer Ministries.

Meyer said Coleman had uncharacteristically called her the day before the murders and said he wasn't feeling well. She gave him the day off.

Meyer said she had known Coleman, who she had been acquainted with "since he was a little boy," was having marriage problems. She said she offered — and he immediately accepted — marriage counseling after his wife, Sheri Coleman, approached the ministry about marriage issues.

Meyer said the ministry doesn't have a no-divorce policy, but they often look at the reason for someone's divorce.

Meyer said she noticed that Coleman started carrying a personal cell phone in the months before the murders.

She also said that in retrospect, she remembers his "unusual" behavior of staying on ministry trips to Florida a few days past everyone else.

Meyer went on to describe Coleman as an "excellent employee" and a hard worker.

A video deposition of Meyer's son, Dan Meyer, who runs the ministry's U.S. operations, also was played. He said Coleman's phone bill shot up when he made numerous calls to the same number in Florida.

Dan Meyer said he called the number and a woman answered. He simply hung up. He said Christopher Coleman explained he had been talking to a friend's husband about his marriage problems.

Earlier today, six of Sheri Coleman's friends described her as a woman fighting to save her marriage.

"I just need as many prayers as I can," Sheri Coleman texted to Stephanie Jones, who tearfully read the material in court.

Jessica Wade, another friend, said Sheri Coleman told her that she and the boys "are in the way" of Christopher Coleman's plans.

Defense lawyers produced testimony that the marriage was getting better before the murders, although evidence suggests Coleman was texting his mistress the night of the murders.

Meegan Turnbeaugh said Sheri Coleman confided to her that "Christopher had beat her," which prompted a swift defense objection. Judge Milton Wharton told jurors to pretend as if they never heard the statement.

Several friends who worked with Christopher Coleman at the Fenton-based Joyce Meyer Ministries said he could have lost his job for having an adulterous affair. They said others had been fired for such behavior.

Also Friday, prosecutors showed photographs of scratches on Coleman's forearms the day his wife and children were found dead.

The close-up photos were presented by Abby Keller, a crime scene technician with the Illinois State Police. They showed visible red patches on one forearm, and two red scratches on the other.  Coleman told detectives he got the scratches from punching an ambulance gurney.

In testimony Thursday, computer technician Kenneth Wojtowicz noted similarities between Coleman's other writings and the threats, such as a tendency to misspell "opportunities" as "oppurtunities," an error that showed up in both missives known to be written by Coleman and in the threats.

THE TRIAL SO FAR

Lintz was on the witness stand for about 20 minutes, detailing a torrid six-month relationship. She said they began a sexual relationship in December 2008, and planned to marry.

In court, she acknowledged wearing a "promise ring" Coleman gave her several years ago.

Lintz did not characterize their relationship now, but she has not seen Coleman since before the murders.

She said Coleman told her he would file for divorce on May 5, 2009, which turned out to be the day of the killings.

Lintz's much-anticipated testimony followed the prosecution's presentation to jurors of provocative photos and videos sent between Lintz and Coleman, in which they professed their love for each other.

Prosecutors also introduced a document, said to be from Coleman's computer, archiving details about Lintz: her measurements, her sexual fantasies, her ring size. It also included the name for their prospective daughter: Zoe Lynn Coleman.

Nine days later, prosecutors allege, Coleman sent the first in a series of alleged email threats to his own family.

Defense attorneys have admitted their client was having an affair, something Coleman initially denied on a police video made the day of the killings but admitted later on the recording.

How often did they communicate? prosecutor Kris Reitz asked.

That included texts on May 4, 2009, the night before Sheri Coleman, 31, and sons Garett, 11, and Gavin, 9, were found strangled in their beds at home in Columbia, Ill.

Lintz's answers were in a matter-of-fact, even tone. No one asked whether she had any inkling that the relationship might turn to murder.

When Reitz asked whether they were planning on getting married, she replied, "The divorce had to happen first."

The prosecutor did not press her further.

She said she does not remember making a sexually charged video with Coleman in Hawaii. The video was described to the jury by a police officer — but not shown — just before her testimony.

Earlier in the day, Justin Barlow, a Columbia police detective who lived across the street from the Colemans and was a key figure in the investigation, testified that Christopher Coleman was the only serious suspect from the start.

In cross-examination of Barlow, now a deputy U.S. marshal, defense lawyers tried to plant doubts about that single suspect.

In one instance, they raised questions about one of Christopher Coleman's brothers, Keith Coleman, who they said had at some point sent Sheri Coleman a video of one of the Coleman brothers strangling a deer, and who they said had not been cooperative with police.

Defense attorney Jim Stern noted in his questioning that Keith Coleman had been a past guest at Christopher's and Sheri's home but that for some reason was later no longer allowed to stay there.

Barlow said that Keith Coleman, who lives in Arkansas, has a viable alibi for the time the killings occurred.

The defense also asked about a report that someone in a brown car had thrown something off the Jefferson Barracks Bridge on the morning of the killings. That is along the route that Christopher Coleman, who drives a different kind of car, would have taken to a gym that morning. Potential evidence was found along the route near the bridge.

Barlow said that had been investigated.

Barlow also said a report that a neighbor heard a quarrel at the Coleman house on the night of the killings did not check out.

Coleman insisted to police that his family was alive when he left home about 5:43 a.m. that morning, a time confirmed by a surveillance camera on Barlow's house. Earlier this week, prosecutors tried to establish through expert testimony from pathologists that the three victims were dead hours before that.

Tara Lintz testifies of promises, tension in relationship with man on trial in killing of wife, two sons.

McClellan: Other Woman is staid on the witness stand

Such is the nature of celebrity in contemporary America that the congregation of the Rev. Ronald Coleman's evangelical church in Chester, Ill.…

Take an interactive look at the Coleman homicide investigation and trial.

Sketches: Inside the courtroom at Coleman trial

Nearly two years after Sheri Coleman and her two sons were strangled, Christopher Coleman goes on trial for killing his wife and children.See …

April 29, 2011--- Christopher Coleman arrives at the courthouse in Waterloo for day five of his triple murder trial on Friday. Coleman is accused of killing his wife and two sons. Emily Rasinski erasinski@post-dispatch.com