WELLSTON — A jury found a Wellston man guilty of murder this week after a trial that centered on the man’s taped confession to killing a 64-year-old who was caught in crossfire.

Prosecutors argued Tyrus Young shot and killed lifelong Wellston resident Wendell Wright in December 2019 while Wright worked on his car outside. Young told police in a taped interview played during trial that he had been aiming for Wright’s neighbor who was standing nearby but hit the older man instead.

Wright’s daughter Travonica Wright told the Post-Dispatch this week her father was a cancer survivor, a car enthusiast and a loving dad and grandfather. Most people knew him by the nickname Bucky, she said.

“It was numbness and disbelief when this happened,” Wright said. “How did he survive cancer so long and die like this? He helped everyone. I describe him as Superman in the flesh.”

Wright was killed Dec. 2, 2019, outside his apartment building owned by the Wellston Housing Authority in the 1500 block of Wellston Place.

A neighbor testified at trial that a black BMW pulled up that day and a masked man got out and started shooting.

A North County Police Cooperative officer spotted the BMW, which had been reported stolen from Chesterfield, moments after the shooting. St. Louis police found and disabled the car three days later by tracking its license plate and using spike strips to deflate its tires, officers testified.

Young and another man inside the vehicle, Keyshawn Brown, were arrested and charged. Brown pleaded guilty in 2020 to a federal gun charge for possession of a firearm and ammunition by a felon. He was sentenced to three years and nine months in prison.

Prosecutors played jurors footage from one of two interviews between Young and Major Case Squad of Greater St. Louis investigators that included his admission to the shooting, tears and an apology and prayer for Wright, whom he knew from years living in Wellston.

Young testified in his own defense during trial that his confessions to police had been coerced by a lack of food, water and medical care for a recent gunshot wound to his leg during his stay at the St. Ann jail. He denied he shot Wright or had reason to shoot the other man prosecutors argued he was aiming for.

“The only thing that ties Tyrus Young to the shooting is his false confession,” Young’s defense attorney Patricia Poe said in closing arguments.

Poe admitted Young had ridden in the stolen BMW but argued his confession was made out of fear of police treatment and other people involved in the shooting.

Assistant Prosecutor Jerry McDonald told the jury the claims of coercion were Young’s attempt to “wriggle out” of what he’d done.

“You heard it from his own mouth that he was the shooter,” he said. “He needs to be held responsible.”

Travonica Wright, the victim’s daughter, said her father was a retired driver who had worked for a rental car company and in transportation for people needing dialysis care before his retirement. He is survived by two children and three grandchildren.

She said he’ll be remembered for being willing to help anyone who needed it.

“I remember I was driving him home from chemo and he made me pull over so he could help a lady on the side of the road with her car,” she said. “He believed in pay it forward.”

Young is scheduled to be sentenced Jan. 13.

Police say the gunfire shattered a vehicle window near one officer and whizzed past the ear of another.

Court: Procedures not followed after weekend shooting at City Foundry

Authorities on Tuesday said court intake staff and police did not follow proper procedures after a weekend shooting at City Foundry STL involving teenagers. The teens were released to their parents.

Dominic Yocco told the court he has no regrets.

Police recovered one of the carjacked vehicles Wednesday after a crash in Downtown West.

The city's interim public safety director is stepping down to take a position at Ameren.

A two-alarm blaze engulfed Bob Kramer's Marionnettes, in the 4100 block of Laclede Avenue, around 7:30 p.m. on Friday.

Two teens on Tuesday were arrested and charged with a string of burglaries last month in St. Louis County.

Leron Harris, 28, was convicted of first-degree murder in the death of Mark Schlemmer, who was leaving a Halloween party when he was shot and killed.

A driver was killed Monday when his vehicle flipped several times after speeding away from a traffic stop in St. Louis County, according to the city's police department.

The union representing St. Louis police is pushing for the change amid ongoing contract negotiations. 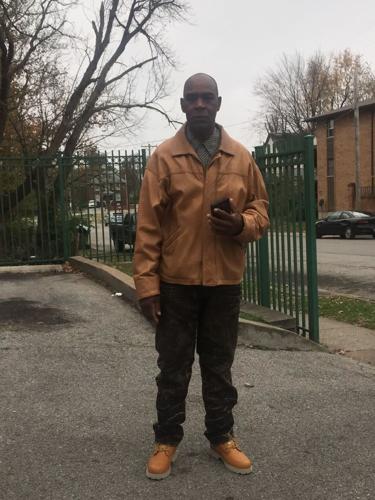 Wendell Wright, who went by the nickname "Bucky." Photo courtesy of Travonica Wright. 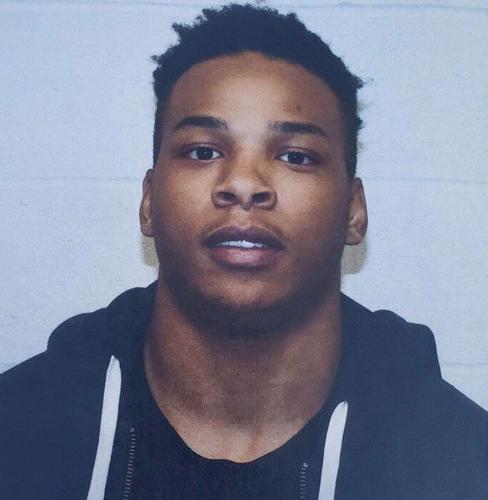 Tyrus K. Young, 19, is charged with second-degree murder, armed criminal action and tampering with a motor vehicle in connection with the death of Wendell Wright.