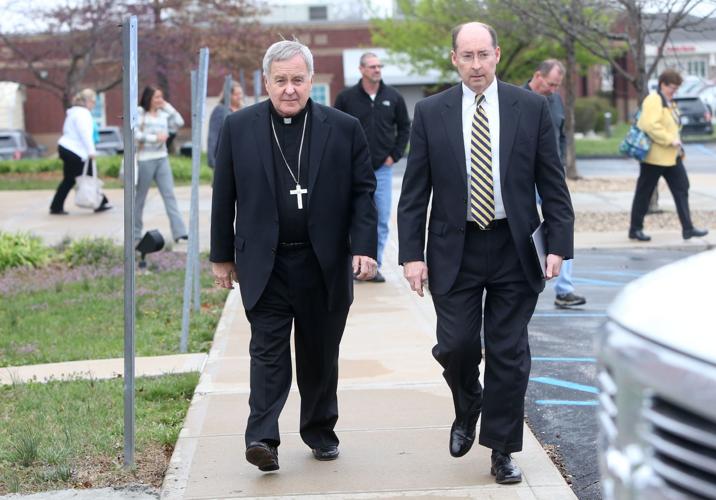 TROY, Mo. • A woman said a Roman Catholic priest fondled her five years ago under a blanket on the couch while nearly all of her family were in the room. Her parents claimed that after they found out, he knelt down before them to confess, and offered to give up his collar and marry their oldest daughter.

The priest, originally from China, insisted none of that is true. He said the fervently Catholic family he once called his own offered to adopt him after he escaped religious persecution by the Chinese Communist government, but then tried to steal his dream of being a priest in America.

A Lincoln County jury sided with the priest Thursday afternoon after a two-week civil trial in which the alleged victim and her family accused the Rev. Xiu Hui “Joseph” Jiang of molesting her as a teen in June 2012. The jury also sided with the St. Louis Archdiocese, rejecting claims it should have known he was dangerous to children and failed to protect her.

Lawyers for the accuser, Jiang and the archdiocese delivered closing arguments Thursday morning. The jury was given the case about 12:30 p.m. but broke for lunch before beginning deliberations. They returned a verdict about 3 p.m., with 10 of 12 jurors siding with the defendants.

Jiang, who had been suspended since the accusation was first made in 2012, sobbed and hugged his lawyers after the verdict. He declined to comment to a reporter.

“The archdiocese and Father Jiang have steadfastly denied these allegations since they were first raised and are pleased with the jury’s decision today,” the archdiocese said in a statement. “Father Jiang will now enter a process for the return to active ministry.”

The accuser and her family also cried and hugged after the verdict, declining to speak to reporters.

“We respect the jury’s service and their verdict,” Ken Chackes, one of their attorneys, said. “We also believe in our client and admire her courage.”

The accuser, whom the Post-Dispatch is not identifying, had testified that Jiang fondled her breast, slipped his hand down her shorts and put her hand on his genitals. She was 16 at the time.

“I was so shocked and afraid and didn’t know what to do,” she said through tears.

The accuser and her parents sued the St. Louis Archdiocese in 2013 and added Jiang as a defendant in 2015. The alleged victim, the oldest of five sisters, is now 21 and a college student in the area.

Jiang came to the United States from China in his 20s to pursue the priesthood and was sponsored by St. Louis Archbishop Robert Carlson. Jiang served as a deacon in Saginaw, Mich., while Carlson was bishop there and came with Carlson to St. Louis in 2009. Carlson was installed as archbishop that year; Jiang was ordained in St. Louis on May 29, 2010, and became an associate pastor at the St. Louis Cathedral Basilica in the Central West End.

“I love being a priest,” Jiang told jurors during testimony this week. “I want to die as a priest.”

The family met Jiang at the Basilica and grew close to him over the next 18 months. They came to think of him as one of their own and called him their “brother.” He treated the five girls as his sisters, bought them gifts, and called or texted them and their mother every day.

The accuser’s attorneys questioned why he told the girls they were beautiful and that he loved them in text messages, bought his accuser a $320 Coach purse and gave her a sweater he brought from China.

“I was their brother,” he said.

The family had connected with him in 2011, at a time when they were trying to cut ties with a woman who claimed she was a nun and was performing religious rituals to eradicate sins and evil spirits. The rituals have been described in court as “exorcisms,” “deliverances” and “anointings,” though the accuser’s family insists they weren’t exorcisms.

Part of the family’s healing with Jiang included confession, prayer, Mass at the home and physical affection including hugging, holding and cuddling with the girls, according to court testimony.

At one point in late 2011, the family became concerned about how close he had gotten to the oldest daughter, and the mother talked to Jiang about it.

Jiang testified that he then distanced himself from the family for a couple months. But they continued to send text messages back and forth, and the family encouraged him to reconnect. They wanted him to again be part of their life, he said.

After giving last rites to a dying man, Jiang testified, he decided life was too short to keep himself away from the people he considered his family. He began spending time with them again.

Months later, the accuser testified, Jiang molested her while sitting under a blanket with her while she, her sisters and her mother were in a TV room playing games on a Nintendo Wii.

Family members also testified that they saw Jiang kiss the teen and touch her inappropriately in the parking lot of the Cathedral Basilica after a Sunday Mass.

“She thought she was in love,” the accuser’s lawyer, Nicole Gorovsky, said. “But really, it was manipulation and abuse.”

Jiang denied molesting her and denied confessing to the family that he had. But he apologized for any “misunderstanding” in voicemails. One was played in court Thursday.

Carlson testified that Jiang called him sobbing after the family accused him, and said he was about to fly back to China. Jiang told him he kissed the girl but did not have sex with her; Carlson told him to stay if that was all he did.

The night after the family made the accusation, Jiang left the family a $20,000 check on the windshield of their minivan. He has been accused of leaving it as “hush money,” but testified that he panicked and didn’t know what else to do. The family didn’t cash the check, and later turned it over to police.

Jiang had offered that amount to help the family with a down payment on a new home but rescinded the offer after consulting Carlson and realizing he couldn’t afford it. They accused him of abuse about the time he rescinded his offer to help with the house and said their daughter was suicidal as a result; Jiang said the money could also be used to help the daughter.

“I loved the (family) so very much,” he said. “I just wanted to help them any way I could.”

Gerard Carmody, an attorney for Jiang, said the accusation of abuse was a fabrication of the alleged victim’s mother.

Lawyers for Jiang said the accuser had been vague or inconsistent about details of the alleged molestation. They also pointed out that the family didn’t report the alleged abuse to the police. The archdiocese did that, after the family made the accusation to Carlson.

Criminal charges were filed against Jiang but were dropped in 2013. 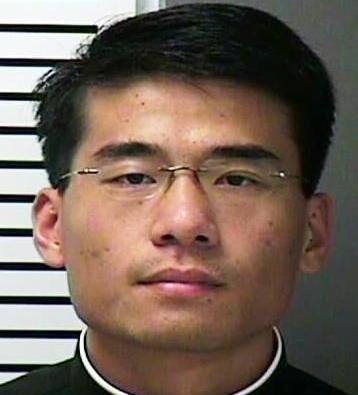