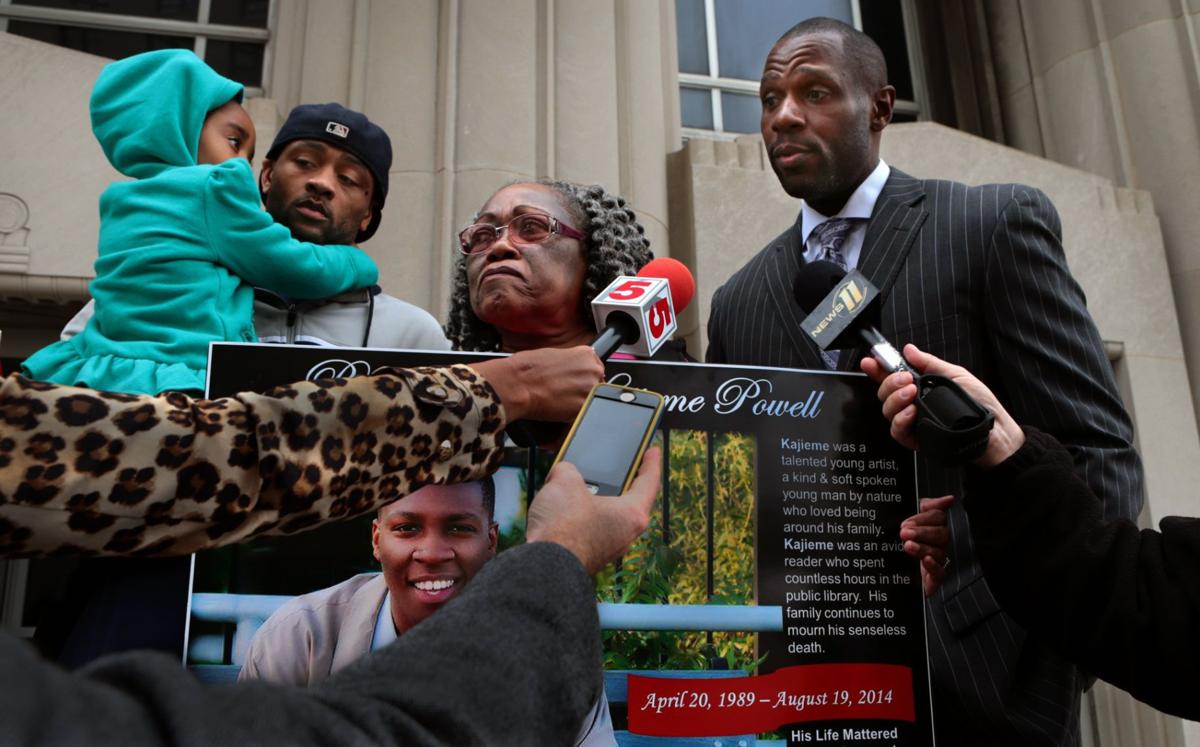 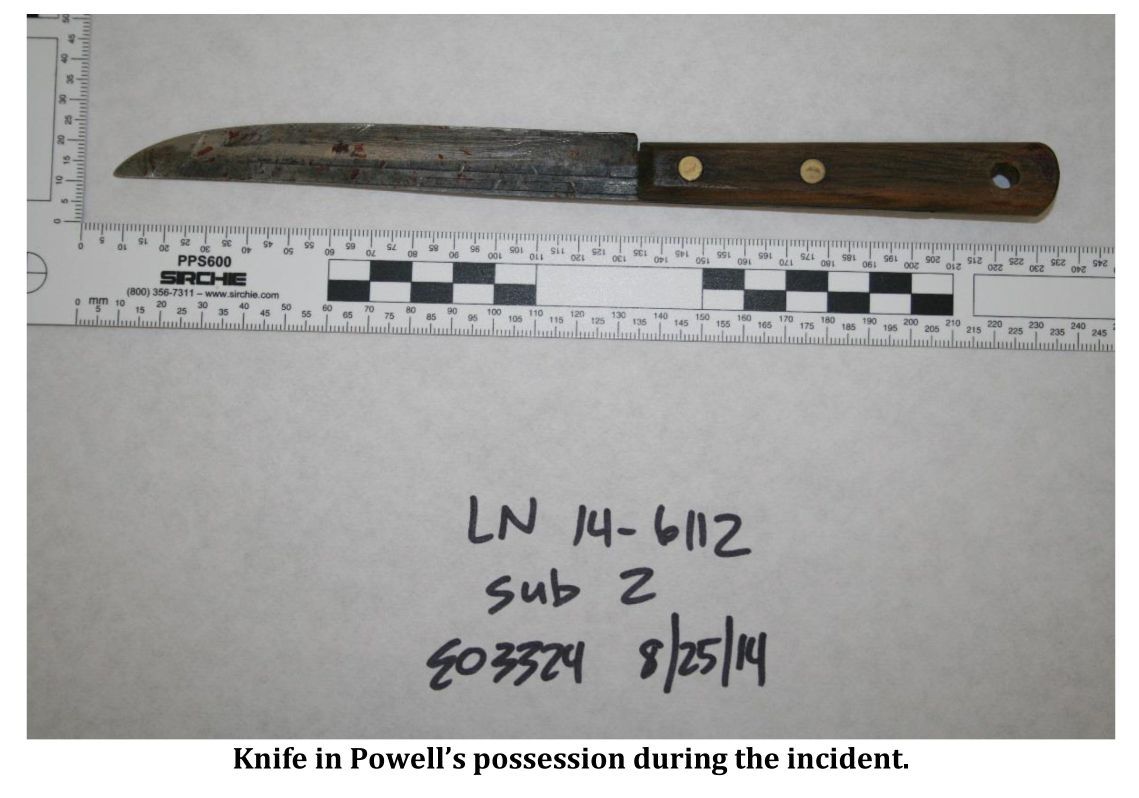 A photo from the St. Louis Circuit Attorney's Office of the knife Kajieme Powell had when he was shot by St. Louis police.

ST. LOUIS • The mother of Kajieme Powell, who was shot to death by two St. Louis police officers in 2014 as he approached them while holding a knife, has sued the city for wrongful death.

The officers were cleared of any charges after a review by then-Circuit Attorney Jennifer Joyce in 2015. Joyce said the officers had “reasonable” belief that Powell posed a mortal threat when they shot him to death on Aug. 19, 2014.

The officers could not be reached for comment. Shelton is still with the St. Louis police. Brown’s use of boilerplate language in search warrants came under fire last year, resulting in prosecutors’ dismissing some criminal cases. He is now an officer with the St. Ann Police Department. Dotson retired in April.

The two officers responded about 12:20 p.m. that day to 911 calls that a man had stolen energy drinks and pastries from a market in the 8700 block of Riverview Boulevard, and that he was armed with a knife.

Powell can be seen in a bystander’s video approaching the officers shouting, “Shoot me! Kill me now!” The officers began firing shots about 14 seconds after they got out of their SUV, the video shows. Each fired six shots as Powell approached them with the knife, police said. Forensic scientists later matched blood found on Powell’s knife to his DNA.

Relatives of Powell said he suffered from mental illness and said they were disappointed but not surprised the officers were not charged with crimes. Their attorney, Jermaine Wooten, said there at least should have been manslaughter charges.

That report was provided to Joyce’s office in February 2015; it did not recommend criminal charges.

Joyce’s own report said, in part, “Under the circumstances, it was reasonable for the officers to believe that Powell was advancing on Officer 1 to inflict serious physical injury or to commit the forcible felony of assault against one or both of the officers. Therefore, prosecutors conclude that the officers could have reasonably believed the use of deadly force was necessary to protect them from Powell.”

The family had filed a civil lawsuit against the police department in the circuit court in St. Louis, but dropped the suit to have more time to investigate the case, Wooten said. He said the family was not seeking a specific dollar amount.

A photo from the St. Louis Circuit Attorney's Office of the knife Kajieme Powell had when he was shot by St. Louis police. 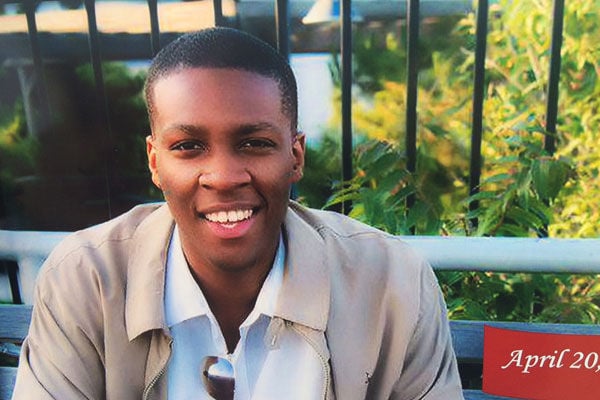 Kajieme Powell as shown on a poster displayed at a memorial event on Wednesday, Aug. 19, 2015.