'Grieve with us': St. Louis County officer dies after crash in Bellefontaine Neighbors

LADUE — The Ladue police officer charged with assault after she shot a suspected shoplifter, apparently by accident, resigned from the force Friday.

Officer Julia Crews turned in her resignation to the police department where she has worked for 13 years, just days after she was charged.

“It is with heavy heart that I hereby officially resign my employment as a police officer of the city of Ladue,” she wrote in her letter.

Crews, 37, told police she meant to draw her Taser to subdue Ashley Hall, 33, who she says was resisting arrest April 23 in the Schnucks parking lot at the Ladue Crossing Shopping Center. Instead she grabbed her gun and shot Hall.

Crews’ attorney, Travis Noble, said prosecutors will not be able to prove his client acted “recklessly.” But even if Crews is acquitted, she no longer wants to be an officer, he said.

“She’s sad that her career as a police officer is officially over after today,” Noble said. “She is turning in her letter of resignation so that she can not be a distraction to the Ladue Police Department and other police officers and the citizens of Ladue.”

“As I expressed the day of the April 23 shooting incident, I continue to pray for the full and speedy recovery of (Hall) who suffered injuries as a result of an innocent mistake,” Crews wrote. “I wish for the best for everyone involved and for everyone going forward.”

The Ladue department has 26 officers, according to the state’s Peace Officer Standards & Training Commission records. The last time there was an officer-involved shooting was 1976, when a Ladue officer shot a suspected burglar in the leg.

Noble said he doesn’t believe Crews, who lives in Jefferson County, ever previously had to draw her gun or Taser during her career in the west St. Louis suburb of about 8,600.

Crews’ friends and family started a GoFundMe page to help “offset her upcoming expenses.” The page is titled “Julia’s Not Alone,” and includes the words, “In this family, no one fights alone.”

“Julia is devastated by the events that occurred,” the site says. “She is a mother, wife and wonderful friend to many. She has touched many lives... It is sad that in the course of ‘doing her job’ she now has a battle to fight.”

By Friday afternoon, the site had raised several thousand dollars of its $20,000 goal.

Hall, meanwhile, remains hospitalized and on a ventilator, according to her family.

She is a mother of five children, ranging in age from 2 to 17, and her 17-year-old daughter is weeks away from giving birth to Hall’s first grandchild.

Hall’s mother, Karen Carter, 52, said her daughter went to Schnucks on the day she was shot to buy balloons for Carter’s birthday.

“I’m a Christian, and I’m praying for the officer and for my daughter right now,” she told reporters after charges against the officer were announced.

A man was killed at the Fountains at Carondelet apartment complex in south St. Louis. 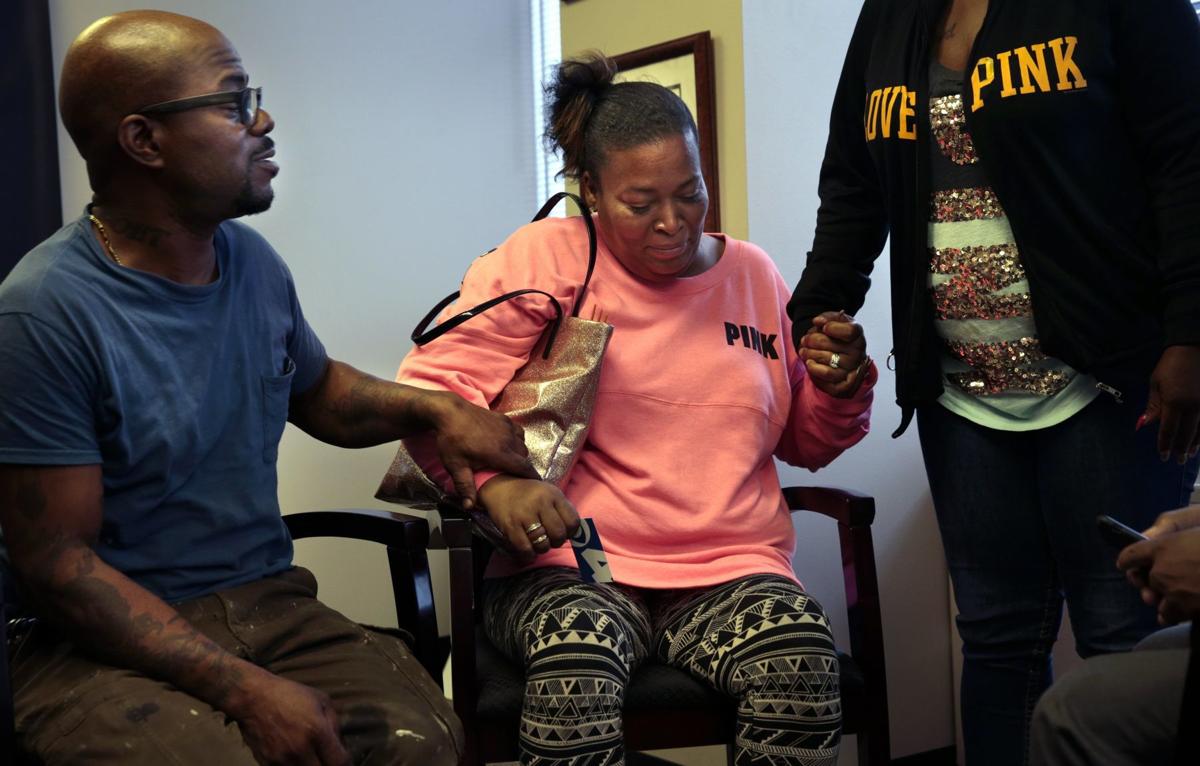 Karen Carter (center) is supported by family members after an interview in Clayton on Wednesday, May 1, 2019, about her daughter Ashley Hall, a shoplifting suspect shot by a Ladue police officer last month. Robert Hall Sr., Ashley's father, is at left. Officer Julia Crews was charged with second-degree assault by St. Louis County Prosecutor Wesley Bell. Photo by Robert Cohen, rcohen@post-dispatch.com. 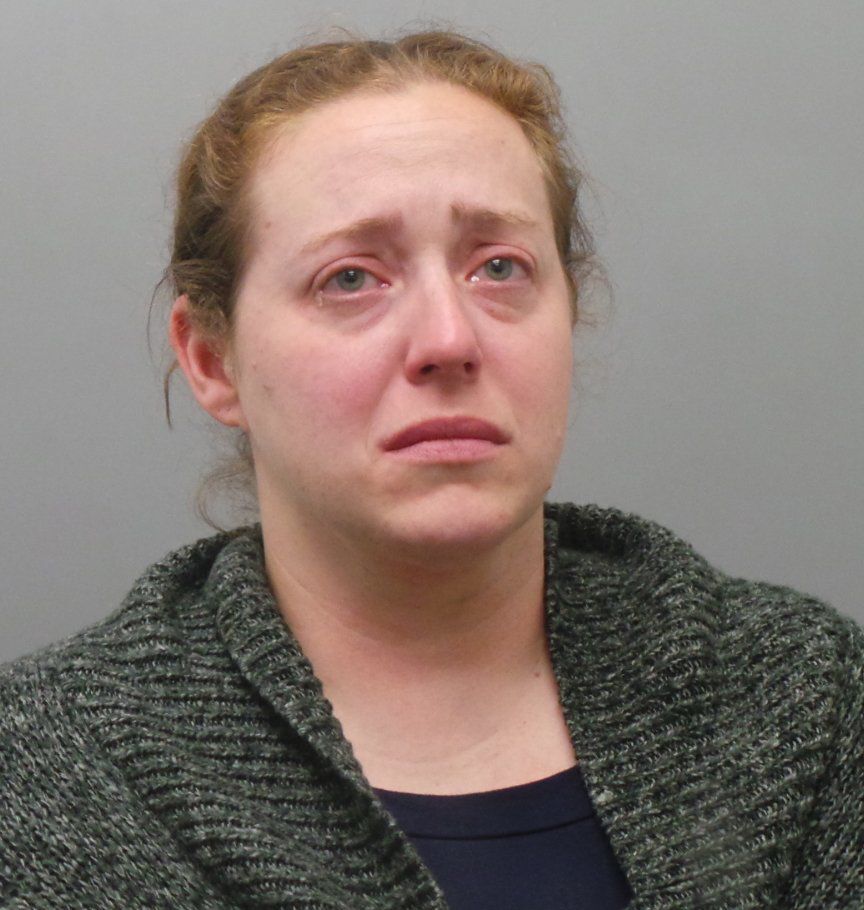 Julia Crews, a Ladue police officer, was charged with second-degree assault after shooting an alleged shoplifting suspect outside a Schnucks store. Her attorney said she had meant to use her Taser but drew her gun instead. She resigned from the department. 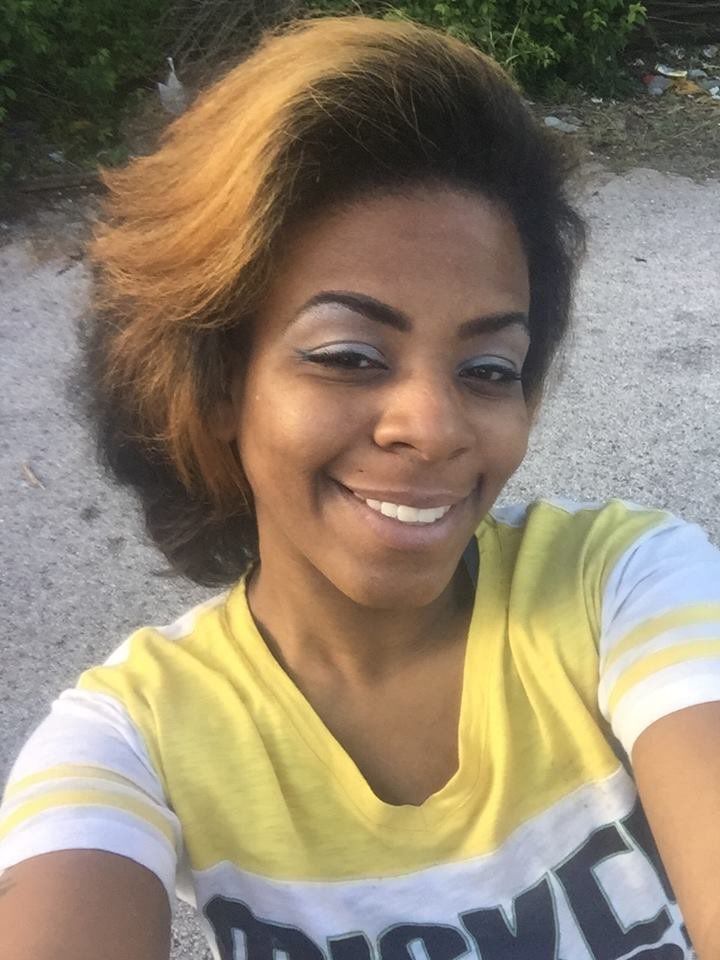 Ashley Hall in a photo provided by family. She was shot and injured by a police officer outside a Ladue Schnucks.