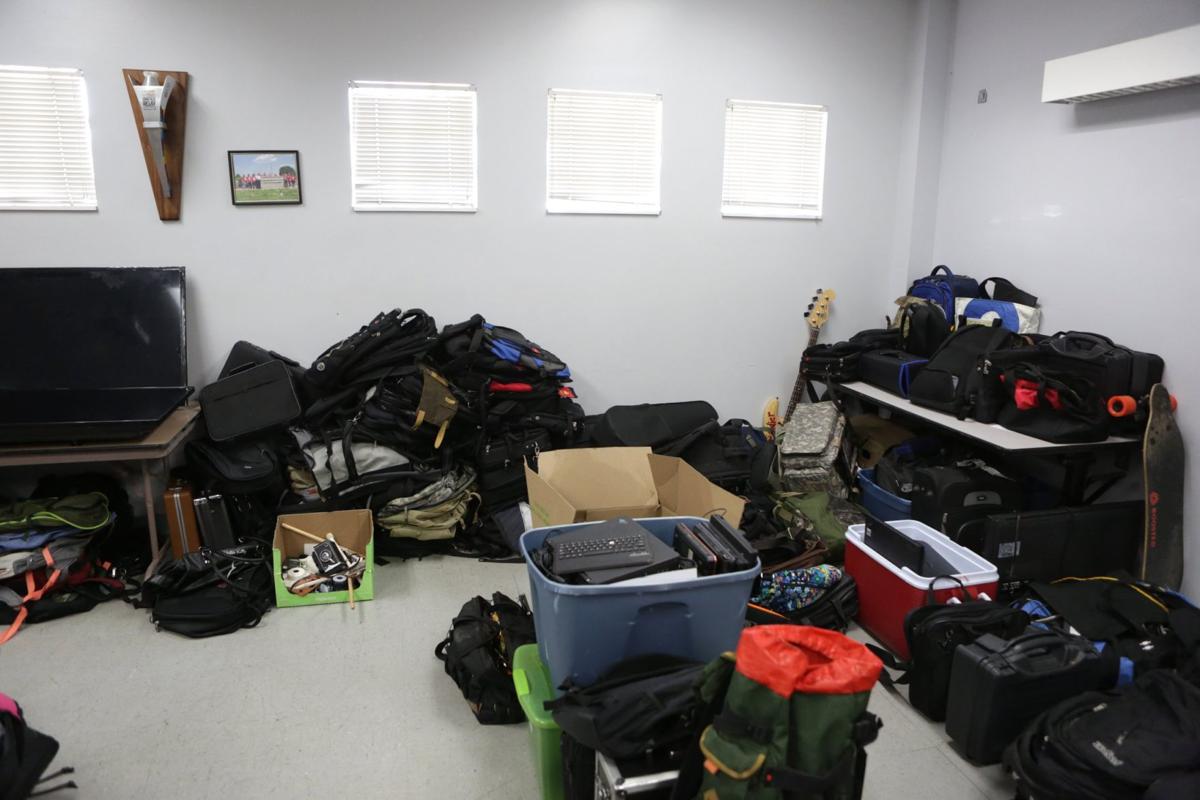 Backpacks, laptops, an electric longboard and a stand-up bass are just a some of the items recovered by the St. Louis Police department and ATF after two search warrants were served earlier today to recover items lost in auto thefts from around the St. Louis region, Thursday, April 19, 2018, in St. Louis. Photo by Nikos Frazier, nfrazier@post-dispatch.com 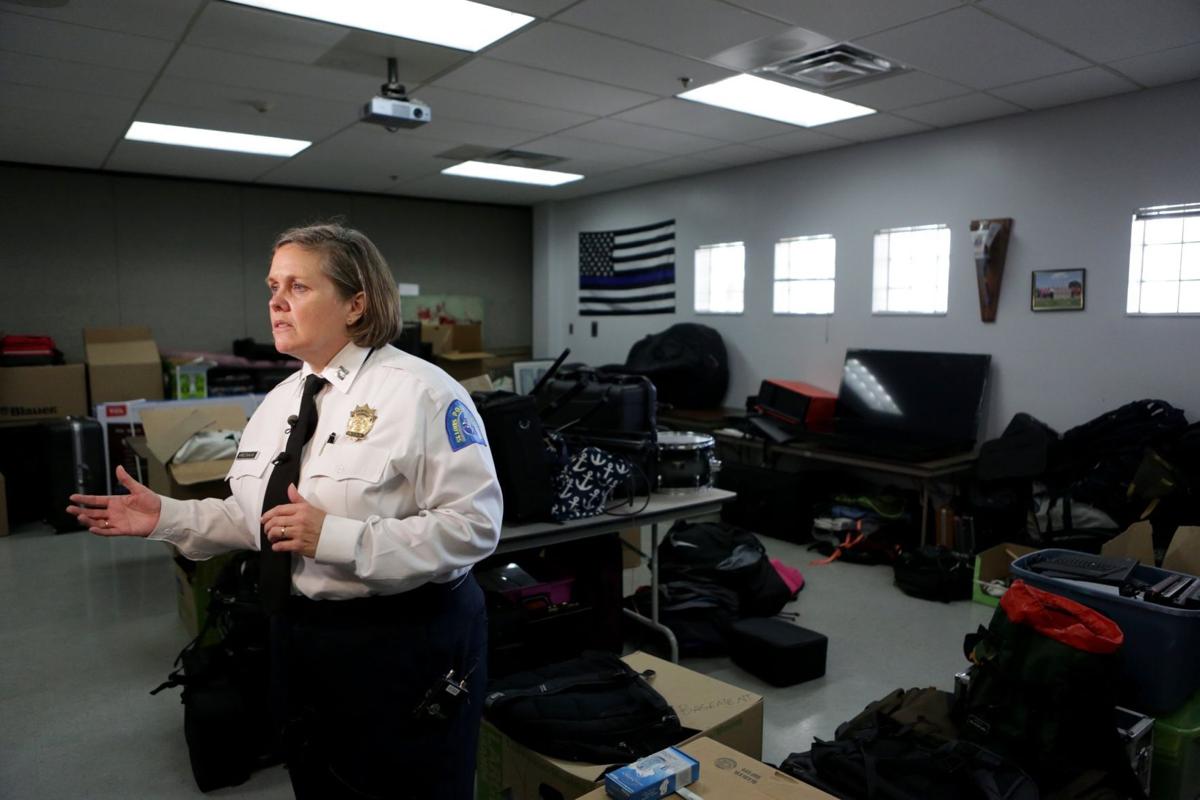 St. Louis Police Capt. Renee Kriesmann says the thefts are believed to have occurred over the span of a year from vehicles in the St. Louis area. The victims included residents and travelers.

Police said they expect to make more arrests in the thefts.

Kriesmann said the loot was found at two homes in the county and one home in the city.

"This is the result of what we did this morning," Kriesmann said as she scanned the room at the Central Patrol station on North Jefferson Avenue loaded with stolen items.

St. Louis city and county officers assisted by federal agents compiled the information that led to the search warrants.

"The detectives were surprised with how much was inside those homes," she said. "This is a lot of stolen property for us."

Kriesmann said she believes the culprits attempted to sell some of the items on the street and online.

"I do believe they had a plan for what they were going to do with the merchandise," she said.

She said some victims' items have been identified but police also plan to catalog the goods and search for serial numbers and other identification that may lead to their owners.

"This week we will try to identify and contact the owners of this property and get the property back to them," Kriesmann said. "We have a lot of laptops and things stolen out of cars."

Kriesmann asks the public to be patient and give police a couple of days to sort through the items.

Merchandise left with no known owners will eventually be photographed and put on the department's website. Property that goes unclaimed will eventually go on the police website for anyone to purchase.

Two commercial pilots on a cargo flight were killed in the high-speed plane crash Saturday evening.

Emily E. Hernandez pleaded guilty to entering and remaining in a restricted building, the U.S. Capitol on Jan. 6, 2021.

Sheri Bartold of St. Paul was charged in St. Charles County Circuit Court with felony stealing of more than $25,000.

Police: 1 dead after shooting on Amtrak train in western Missouri

The victim was shot Friday night while the train had been stopped earlier at the Lee’s Summit station.

Shabria Furlow, 23, of Bridgeton, was shot to death by an acquaintance from Arkansas on Tuesday.

Backpacks, laptops, an electric longboard and a stand-up bass are just a some of the items recovered by the St. Louis Police department and ATF after two search warrants were served earlier today to recover items lost in auto thefts from around the St. Louis region, Thursday, April 19, 2018, in St. Louis. Photo by Nikos Frazier, nfrazier@post-dispatch.com