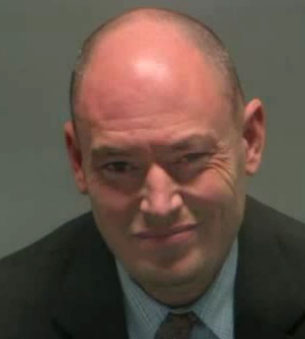 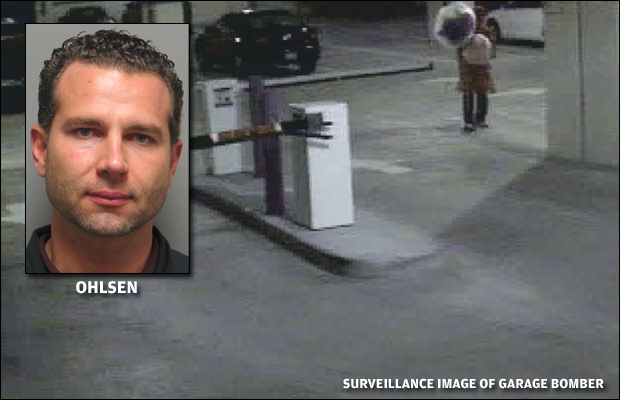 UPDATED at 1:30 p.m. Wednesday with contact information for lawyer appointed to deal with Witt's cases.

ST. LOUIS COUNTY • Jeffrey M. Witt, a lawyer and key figure in cracking the mystery of who almost killed an attorney with a bomb in Clayton in 2008, has been missing since late October, officials and colleagues said Tuesday.

Witt has been experiencing legal problems, with his license in jeopardy over handling of other work and loss of an almost $1 million legal malpractice case.

Witt, 39, was one of the two lawyers who had represented Milton “Skip” Ohlsen III and who approached federal investigators to say they suspected Ohlsen in the bomb attack. Ohlsen is now serving a long prison term.

Calls to Witt’s cellphone Tuesday went straight to a message saying he “is not accepting calls at this time.”

Tuesday evening, his house was dark, there was no response to a knock at the door, and a neighbor said she had not seen him in more than a month.

Michael Downey, who represented Witt for a time in a pending attorney disciplinary process, said he has not heard from him since early October, and has not spoken to anyone who has seen him since late that month.

On Monday, the Missouri Supreme Court temporarily suspended Witt’s law license, after the Office of Chief Disciplinary Counsel alleged that clients had been unable to reach him for weeks and that he was failing to show up for court hearings.

On Wednesday, lawyer Kenneth Carp was appointed trustee to help former Witt clients obtain a new lawyer and get their files out of Witt's old office. Carp said he could be reached at 314-942-3005, and said that judges have been very sympathetic to Witt's clients' plight, and have been continuing his cases.

A LAWYER WITH PROBLEMS

On Oct. 2, Missouri’s chief disciplinary counsel filed a 10-count complaint alleging that as far back as 2009, Witt had lied to clients and the court, missed deadlines and court hearings, mishandled money, failed to file necessary documents or improperly filed them and didn’t tell clients that an employee was a disbarred former lawyer who was also a convicted felon.

In some cases, Witt’s actions cost clients their cases or their homes, the complaint said.

About 2 p.m. Oct. 15, Clayton police arrested Witt after he struck a vehicle while parking his car. A police report shows that he failed a field sobriety test and was lethargic, with constricted pupils. He refused a blood test and was ticketed for driving under the influence. His car was towed, and he went home in a cab.

One week later, on Oct. 22, a St. Louis County judge entered a nearly $1 million judgment against Witt and his practice in a malpractice case.

Louis Basso, a lawyer for a Witt co-defendant, Alan S. Cohen, said none of the loss would have come from Witt personally, and the plaintiffs still have to prove their case to receive any money. Witt essentially signed over the case to his insurance, Basso said.

Basso said the malpractice case had nothing to do with the disciplinary case. Witt has “been through a lot” both when he was in the Marines and in his professional life, Basso said.

“Now that doesn’t excuse Mr. Witt for not informing his clients before he left,” he added, “and I hope nothing has happened to him.”

Other lawyers on the case could not be reached for comment.

COMPUTERS ON, LIGHTS OFF

On Oct. 24, a client represented by Witt showed up at his office in St. Peters to find the lights off, the door unlocked, computers on and files scattered about. She had tried for a week to reach him about a hearing scheduled for the next day, according to court documents.

After waiting for more than two hours, the woman, a real estate agent, called St. Peters police. St. Louis County police then checked his most recent home address. They found the lights and TV on, but no one answered the door.

The day after that, the agent placed a note on Witt’s office door that read: “Public Notice: It appears that Jeffrey Witt has abandoned his practice. If you have business with the court, you will need to appear yourself or hire another attorney. God Bless.”

Court documents say the note was later replaced by one authored by a Witt assistant that read, with spelling errors: “Do to things out of my Control this office is Temporally closed For the week.”

Reached Tuesday, the real estate agent said Witt had four or five employees, and she had been unable to reach any of them. She asked that her name not be used, citing embarrassment and her pending civil suit.

She said she has no clue where Witt could be, or why he may have left his family.

“How do you leave five kids behind on the holidays?” she asked.

Downey said that the original attorney disciplinary case was not something Witt saw as very serious. “And we frankly thought we would be able to ... resolve it in a manner that would allow him to continue to practice.”

Downey said he had been trying to delay the process until Witt got back in touch, but will now try to get off the case.

Asked about whether Witt’s disappearance was connected to the Clayton bombing, Downey said he had no information.

Ohlsen pleaded guilty to explosives-related charges in a deal that resulted in a 20-year federal prison sentence.

The Oct. 16, 2008, bombing in the garage at 190 Carondelet Plaza was aimed at the lawyer representing Ohlsen’s ex-wife and a longtime rival. But Ohlsen mistakenly planted the bomb next to a car one level above Eisen’s, nearly killing John L. Gillis, a lawyer unrelated to Ohlsen’s case.

Jeffrey M. Witt disappeared in late October after a series of legal troubles and was arrested coming off a Turkish Airlines flight in New York.

Jeffrey M. Witt fled the U.S. after stealing from his mother and clients, then justified it with claims of beatings and threats.

Jeffrey Witt, who bilked legal clients and his own mother, was sentenced Thursday to 44 months in federal prison.

Target was lawyer who represented bomber's ex-wife, but a different man was hurt instead.