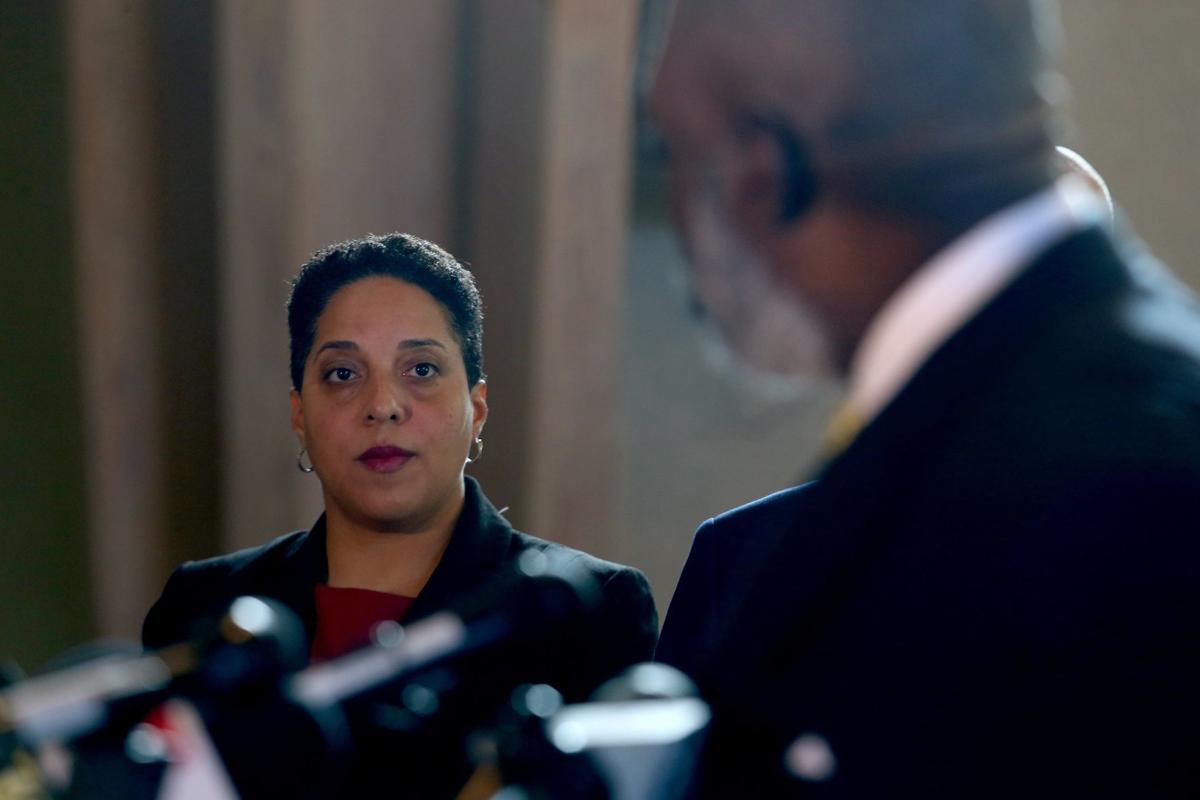 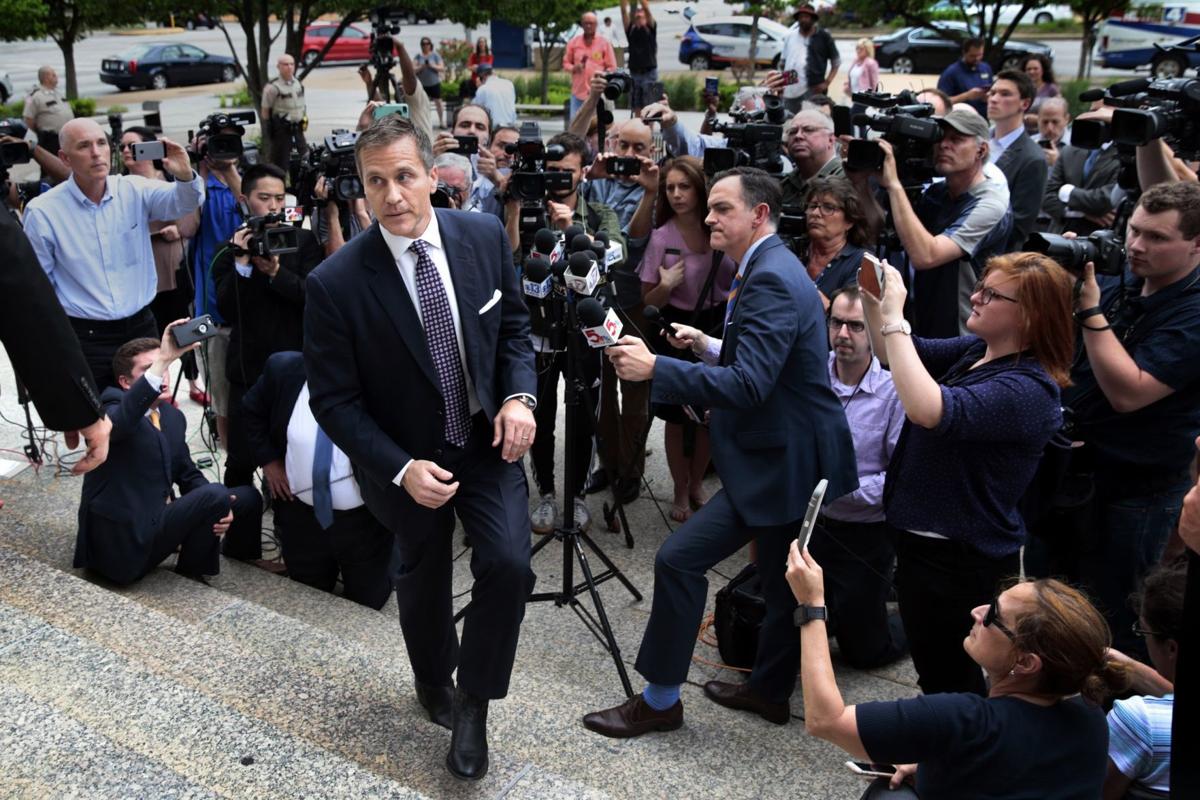 Gov. Eric Greitens leaves the civil courts building in St. Louis after speaking with reporters after a felony invasion-of-privacy case against him was dismissed in May 2018. Photo by Robert Cohen, rcohen@post-dispatch.com 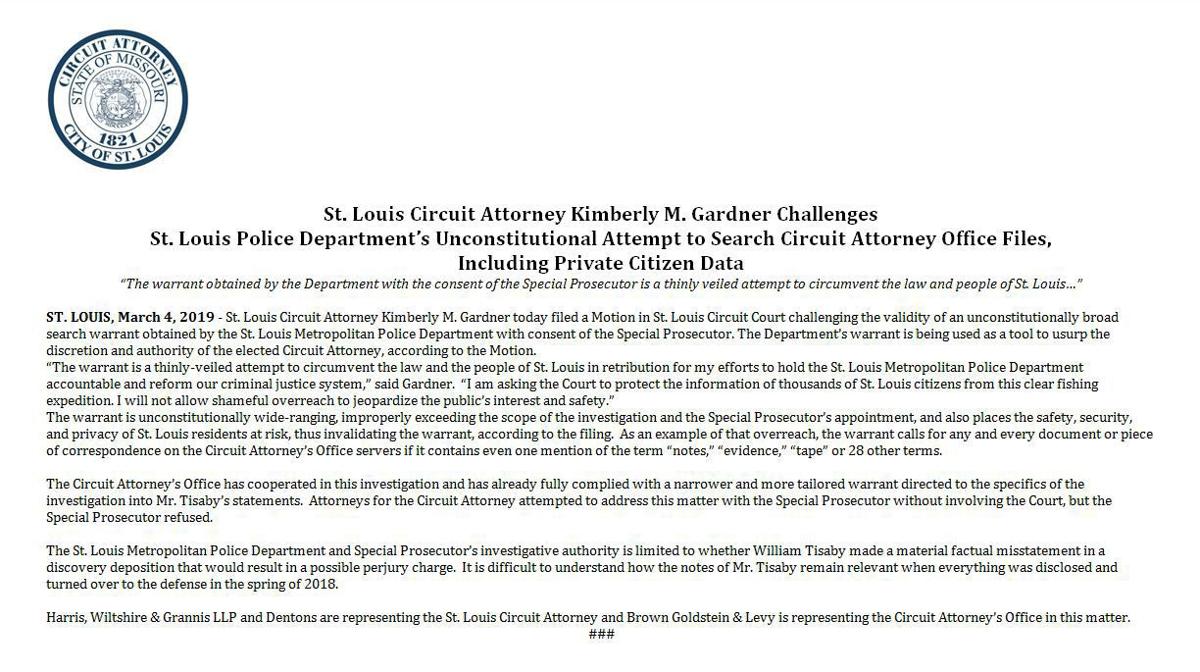 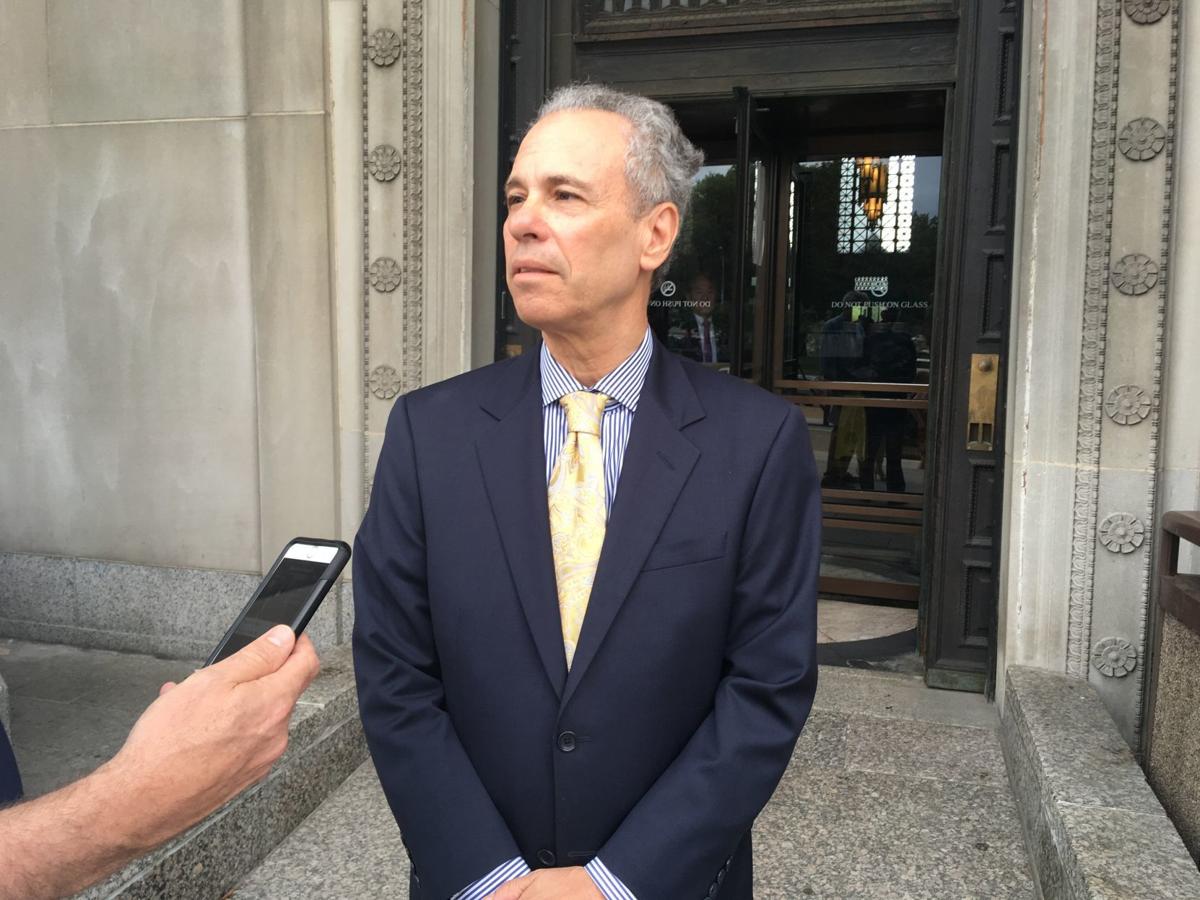 ST. LOUIS — City taxpayers are on the hook for lawyers who bill up to $540 an hour to defend the St. Louis circuit attorney in a perjury investigation, contracts obtained by the Post-Dispatch show.

Circuit Attorney Kimberly M. Gardner also agreed to retainer fees totaling at least $25,000 in her contracts with five private law firms hired to represent her or her office in connection with the months-long grand jury probe.

Money for the special prosecutor comes from the circuit court’s budget, and ultimately from city taxpayers. But if the target of the grand jury probe is charged and convicted, he could be forced to pay those bills.

The total cost of the special prosecutor’s case and Gardner’s defense won’t be known until the investigation wraps up. The grand jury’s term is set to expire this week, but a judge could extend it for another 60 days.

The probe centers on William Don Tisaby, the private investigator whom Gardner picked to investigate the accusation that Greitens, before running for governor in 2015, took a photograph of a semi-nude woman without her consent and threatened to share it if she exposed their affair.

After Gardner dismissed the invasion of privacy case against Greitens last year, his lawyers went to police, claiming Tisaby had lied under oath about his investigation. St. Louis Circuit Judge Michael Mullen granted a request from the police department for a special prosecutor to lead the perjury investigation. Mullen, in June, picked private lawyer Gerard “Jerry” Carmody and his firm to head up the case. A special grand jury summoned six months ago has been reviewing evidence as to whether Tisaby deliberately lied during a deposition last year.

Gardner’s contracts are with lawyers from five firms: Harris, Wiltshire & Grannis LLP, based in Washington; Dentons, a global firm; Brown Goldstein & Levy, based in Baltimore; and Shaffer Lombardo Shurin and Spencer Fane, both based in Kansas City. The agreements establish hourly fees ranging from $395 to $540 for lawyers; at least two retainer fees, for $10,000 and $15,000; assistants and analysts billing at $150 an hour; plus consultant fees, travel costs and expenses.

Last month, city officials approved Gardner’s request to shift $80,000 from her office payroll to other uses, including $40,000 for legal services.

City officials say Carmody has yet to submit bills related to the grand jury investigation. In March, the city approved Presiding Circuit Judge Rex Burlison’s request to transfer $250,000 from the court’s $10.7 million budget to the city’s legal department to cover anticipated bills from Carmody, records provided to the Post-Dispatch show.

City Counselor Julian Bush said state law provides that a special prosecutor’s legal fees would be billed as court costs paid by a defendant if there’s a conviction. If no one is convicted, those costs could be passed to taxpayers.

Gardner’s contracts have been a source of tension between her office and Bush, who has argued the city has no legal obligation to pay “secret contracts” that were not properly filed with the city’s register as required by law. A spokeswoman for Gardner has said that the Circuit Attorney’s Office “has been following the same practices regarding contracts for years.”

Meanwhile, a recent lawsuit filed by a St. Louis resident has presented a new roadblock for Gardner’s office. Charles Lane of St. Louis sued Gardner claiming her contracts are invalid because her office had not properly filed them with the city. On Monday, Circuit Judge Joan Moriarty issued a 15-day restraining order barring Gardner’s office from using public money to pay private lawyers. Records show the city has already paid $1,404 to one of Gardner’s lawyers for 2½ hours of work billed in February.

Without a restraining order, “there is a substantial probability that substantial unlawful expenditures of city tax revenues would occur imminently,” Moriarty wrote.

Until Tuesday, Gardner's office had refused to release the contracts under the Missouri Sunshine Law, citing Mullen's gag order. The office's chief trial assistant, Rachel Smith, asked Mullen via email last week if the contracts were covered by the gag order and if they could be shared with Moriarty and the public. Mullen responded by saying "I have no problem with contracts being handed out. I would not view that as contrary to the gag order."

The legal skirmishes surrounding the grand jury probe have played out for months in court filings and hearings. A judge and special prosecutor have accused Gardner’s office of impeding the investigation. Gardner’s lawyers have fired back with an aggressive legal strategy resembling that of Greitens’ team last year.

Gardner’s lawyers have claimed Carmody violated the state’s open records law by failing to disclose records on the investigation. They also sought to disqualify Carmody due to nepotism claims because his son and daughter, both lawyers in the firm, are working on the case. Gardner’s lawyers have filed multiple challenges to a search warrant for an office computer and have tried to invalidate two gag orders restricting the ability of both sides to comment on the case. Since March, they have filed eight appeals of court decisions that haven’t gone their way.

Police last week seized one of Gardner’s office servers but an appeals court temporarily halted the search of the server as well as Mullen’s order that Gardner turn over user names and passwords. The appeal is pending and gives Mullen until Friday to respond.

The six-month grand jury probe can be extended for up to 60 days more, according to state law.

Gov. Eric Greitens leaves the civil courts building in St. Louis after speaking with reporters after a felony invasion-of-privacy case against him was dismissed in May 2018. Photo by Robert Cohen, rcohen@post-dispatch.com