How US states have banned, limited or protected abortion 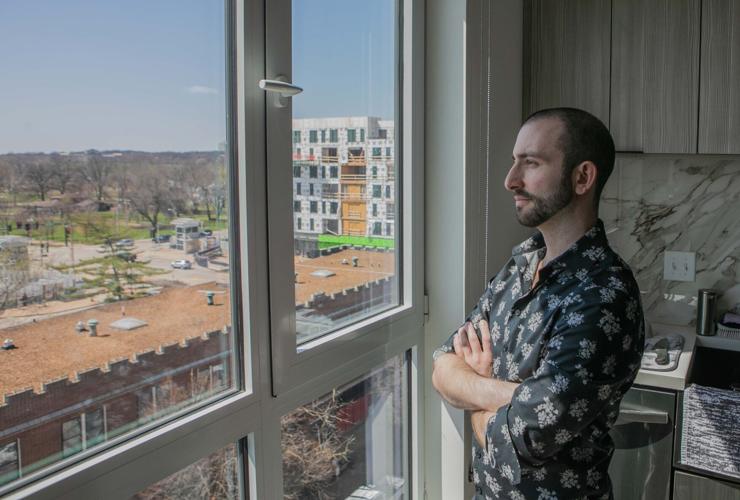 Cory Schmidt looks at Forest Park during his noon break from work on Friday, April 1, 2022 on St Louis. Photo by Joseph Cooke, jcooke@post-dispatch.com 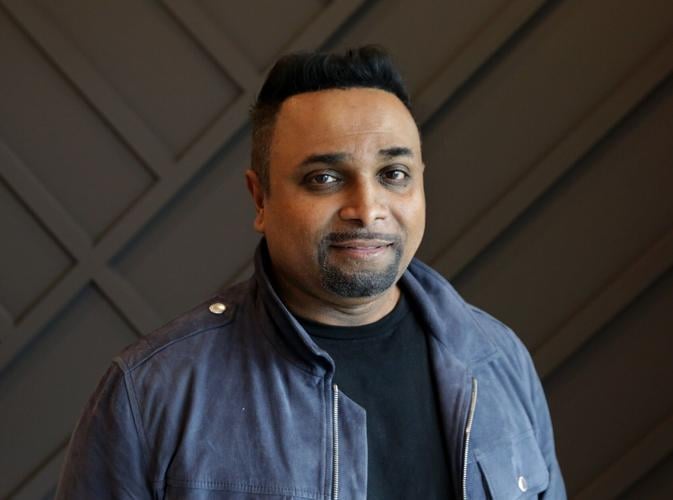 Victor Alston, CEO of Lux Living, at one of his apartment developments, the Chelsea, in St. Louis, Friday, March 18, 2022. Photo by Hillary Levin, hlevin@post-dispatch.com

Ira Berkowitz, lawyer for Lux Living and a member of the Clayton Board of Aldermen. (Photo via City of Clayton).

ST. LOUIS — The lawyer who represents the two brothers behind developer Lux Living is asking a tenant to turn over his text message exchanges with other renters about speaking to the Post-Dispatch.

Cory Schmidt was quoted and photographed for an article published last month. In it, he discussed problems that he and other tenants have with Lux’s new Hudson apartment building on Pershing Avenue in DeBaliviere Place, including construction that lasted months longer than management promised when they signed pricey leases.

“I’m speechless,” Schmidt said of the subpoena he was served last week, which also asks him to sit for a deposition.

The subpoena is part of a lawsuit between a property owners association controlled by the Lux principals, brothers Victor Alston and Sid Chakraverty, and a rival developer building an apartment building on DeBaliviere Avenue near the Hudson. Lux reincorporated the long-dormant property owners association as the rival project began, arguing it held rights to review development in the neighborhood. It then withheld approval for new 285-unit apartment complex, which is named the Expo at Forest Park.

The Expo developer and the property owners association controlled by Alston, Chakraverty and their lawyer, Ira Berkowitz, have been in litigation over the issue since 2020.

The action from the property owners association halted construction on the Expo for months. The Hudson, meanwhile, began moving tenants into the building even as construction was still ongoing, riling some of them who posted about it on an online forum. The Post-Dispatch contacted them for a report on Lux Living and other projects developed by companies affiliated with Alston and Chakraverty.

Since the article published, tenants at other properties owned by Alston and Chakraverty companies have contacted the newspaper to complain about management and maintenance issues. The newspaper has also examined problems at the Ely Walker Lofts on Washington Avenue, where individuals affiliated with Lux control the downtown building’s condominium association.

Noisy parties and a March shooting at the Ely Walker Lofts have riled residents, and tenants say management has done little to curb short-term rentals or keep up with building maintenance. City officials are eyeing issues there as part of a larger push to curb problems downtown.

Schmidt, the Hudson tenant, said he was initially served a subpoena asking for any communication with the developers of the Expo. Schmidt surmises it is either a tactic to harass tenants who were willing to speak to the media about their problems with Lux, or it was because Lux believed he was part of “some kind of conspiracy” with the rival developer to smear them. He freely admits he did email the management company for the other project — inquiring about an apartment because he wants to move.

He called Berkowitz, also a Clayton alderman, to say he was not put up to anything by the other developer. He and other tenants had been discussing issues at the Hudson for months before a reporter contacted one of them and arranged a meeting with several residents in February.

Schmidt then received the amended subpoena seeking texts with other tenants about speaking with the Post-Dispatch. Now, he plans to fight it, arguing it has no relevance to the litigation with the Expo developer.

“He’s already harassing me,” Schmidt said of Berkowitz. “And I’ll be damned if I’m some lever for him to use to go after other people.”

Lux Living is one of the biggest developers in St. Louis. But it courts controversy

The discovery shows how the illegal gaming industry has become “brazen” in its approach to flouting state anti-gambling laws, said the chief of the Missouri Lottery.

"It was pure chaos," said neighbor Nichole Thomas, who saw a young boy and others running as flames engulfed the home on Parker Road.

Cory Schmidt looks at Forest Park during his noon break from work on Friday, April 1, 2022 on St Louis. Photo by Joseph Cooke, jcooke@post-dispatch.com

Victor Alston, CEO of Lux Living, at one of his apartment developments, the Chelsea, in St. Louis, Friday, March 18, 2022. Photo by Hillary Levin, hlevin@post-dispatch.com

Ira Berkowitz, lawyer for Lux Living and a member of the Clayton Board of Aldermen. (Photo via City of Clayton).