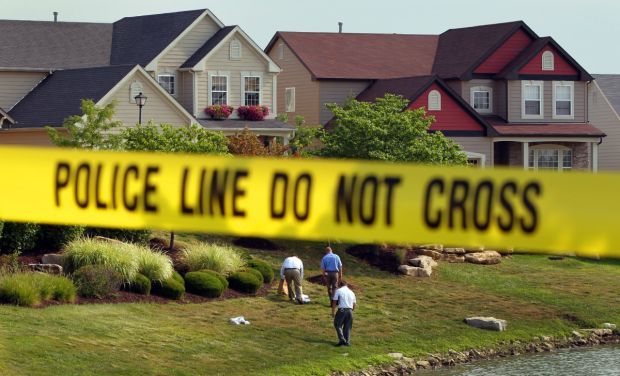 Detectives work in the St. Peters subdivision of Montecito, where a body was found in a small lake on Tuesday, August 5, 2014. The subdivision sits at the intersection of Florence Drive and Venice Circle. Photo by Robert Cohen, rcohen@post-dispatch.com 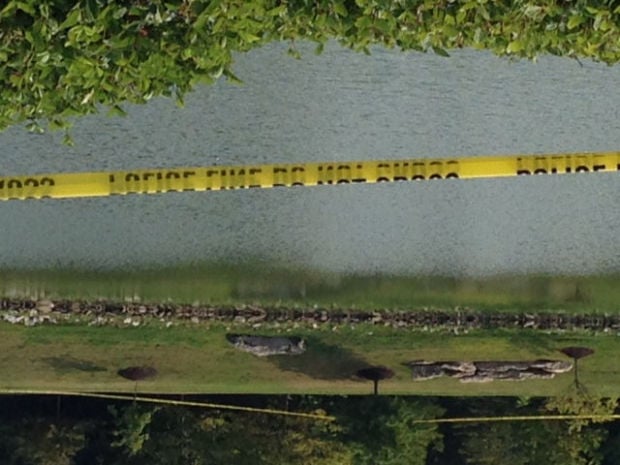 A body was found in this lake in a St. Peters subdivision on Aug. 5, 2014. Photo by Susan Weich, sweich@post-dispatch.com

UPDATED at 6:06 p.m. with man's name and probable drowning as cause of death

ST. CHARLES COUNTY •  A man who was found in a lake in a St. Peters subdivision early this morning likely drowned and there are no signs of foul play, police announced this evening.

St. Peters police called out the Major Case Squad to investigate but it was deactivated after a preliminary autopsy showed that Clarence Cole, 29, who lived in the Montecito subdivision where the lake is located.

Cole's body was discovered in the subdivision's lake near Florence Drive and Venice Circle, near Highway 94.

A preliminary report by the medical examiner indicates he possibly drowned and there were no obvious signs of trauma or foul play, police said. Final autopsy results are pending and it could take several weeks.

The lake covers about three to five acres and is a big retention pond for the area. It averages 14 feet in depth. Cole was found floating on the top of the water, closer to the shore, said Dan Faulkner, public information officer for the Cottleville Fire Protection District. One of the firefighters put on a special protective suit and pulled the body from the water at about 9 a.m.

Heavy rain last night caused some neighbors to speculate that the man might have been washed into the lake. A culvert is nearby.

Keith Hoerner, who lives across from the lake, saw the body this morning shortly after 6 a.m. Every morning, he takes his dogs for a walk around the lake.

He was about three-quarters of the way around the lake when another neighbor pointed out something in the water. Hoerner said he thought it was a black trash bag.

When he looked closer, he saw cloth and a pony tail. He bolted up the side of the hill and called 911.

"It's very sad," Hoerner said. "My heart goes out to him and his family and friends."

Officer Melissa Doss of the St. Peters Police Department said the Major Case Squad was activated to lead the investigation after the body was discovered at about 6:30 a.m.

Detectives work in the St. Peters subdivision of Montecito, where a body was found in a small lake on Tuesday, August 5, 2014. The subdivision sits at the intersection of Florence Drive and Venice Circle. Photo by Robert Cohen, rcohen@post-dispatch.com

A body was found in this lake in a St. Peters subdivision on Aug. 5, 2014. Photo by Susan Weich, sweich@post-dispatch.com