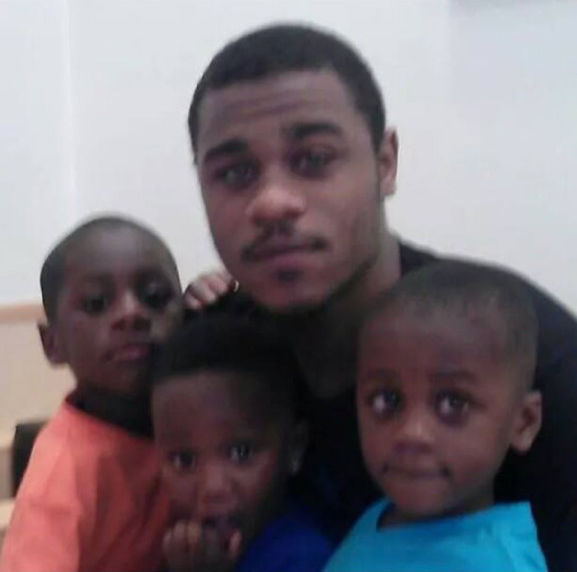 DeJuan Brison is pictured with his three sons, from left, DeJuan Jr., 6, DeKuan, 4, and DeVon, 5. Brison apparently hanged himself in the Jennings Jail. 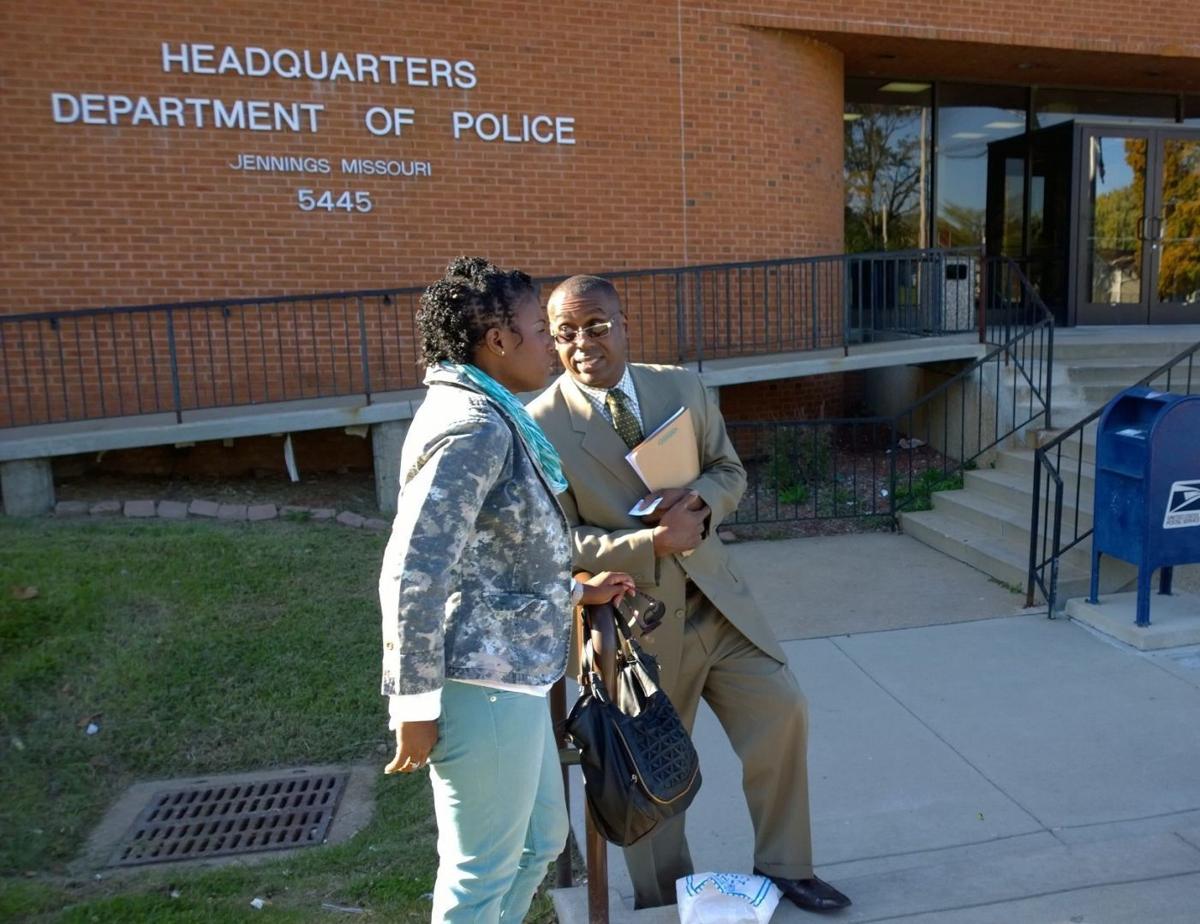 Attorney Jerryl Christmas and his client Christine Brooks, 43, mother of DeJuan Brison, 26, who was found hanging from bed sheets in a Jennings jail cell on Oct. 4, 2014.

JENNINGS • A man who police said tried to hang himself in the Jennings jail on Oct. 4 died on Tuesday, according to St. Louis County police.

In a news conference outside the Jennings jail, the family of DeJuan Brison, 26, said Thursday they didn’t think the death was a suicide; their lawyer, Jerryl Christmas, called for a federal investigation into the death and called on St. Louis County police to take over operation of the jail.

Brison, of the 5800 block of Page Boulevard in St. Louis, had been arrested by St. Louis police Oct. 1 on a domestic violence case, officials said.

Lauren Trager, a spokeswoman for the St. Louis Circuit Attorney’s Office, said “the matter was initially refused for insufficient evidence, yet remained under investigation.”

It was not clear why Brison remained in jail for three days in St. Louis without charges. Representatives of the St. Louis Police Department and the city’s Department of Corrections did not respond to requests for comment.

Mayor Francis Slay’s office said it was looking into the situation.

On Oct. 4, Brison was transferred to the Jennings lockup on a warrant for failing to appear in court in a shoplifting case.

Christmas said Brison had previously posted $300 bond in that case, but had failed to show up for a court-mandated class about theft.

Outside the Jennings jail on Thursday, Brison’s mother, Christine Brooks, 43, of St. Louis, choked back tears and said she didn’t think Jennings needed to arrest her son after his release from St. Louis.

“They just wanted $500 more,” she said. She and his father, Robert Brison, 46, of Los Angeles, described their son as “sweet and humble,” and a “mama’s boy” who was in constant contact with his mother, who had reared him in St. Louis.

They insisted that Brison was not suicidal and had no reason to take his own life. He was a father of four children, ages 4, 5, 6 and 7, and worked for his mother at the company she owns, Brooks Environmental Services.

A shift supervisor at the jail on Thursday said no commanders were available to comment.

Once he arrived at the Jennings jail on Oct. 4, Brison complained that he was about to have an asthma attack, and paramedics from Christian Hospital Northeast and the Northwest Fire Protection District responded, St. Louis County police have said. Paramedics said he was healthy and fit for confinement.

He was placed in the jail about 12:40 p.m. Oct. 4. About 40 minutes later, a Jennings jail officer checking on Brison saw that he had tried to hang himself using bed linens tied around the bars of the cell.

The officer attempted to revive Brison, who was unconscious. Paramedics took him to a hospital.

Lincoln County to pay $260,000 to family of jail inmate who hanged himself

Man who hanged himself in Jennings had been on suicide watch

Supporters call for consolidation of municipal courts and justice for DeJuan Brison, 26

DeJuan Brison is pictured with his three sons, from left, DeJuan Jr., 6, DeKuan, 4, and DeVon, 5. Brison apparently hanged himself in the Jennings Jail.

Attorney Jerryl Christmas and his client Christine Brooks, 43, mother of DeJuan Brison, 26, who was found hanging from bed sheets in a Jennings jail cell on Oct. 4, 2014.