ST. LOUIS — Two men face up to 14 years in prison after they admitted committing six carjackings in St. Louis and Maplewood, including two in which they forced drivers to strip off their clothes.

Deron Mitchell Jr., 18, of Overland, pleaded guilty Wednesday in U.S. District Court in St. Louis to eight federal charges, including carjacking and brandishing a firearm during a crime of violence. He was wearing one driver’s designer sweatsuit and had the keys to two of the stolen vehicles in his pocket when he was arrested, according to court records.

Their plea records said the first carjacking occurred early in the morning of Sept. 6, 2018, in St. Louis, when they took a 2017 Hyundai Veloster at gunpoint and made a man remove his clothing.

Shortly afterward, they were driving that stolen car when they spotted a man in a 2010 Chevrolet Camaro, according to court records. When the driver stopped at a traffic light, Mitchell dropped off Moore, who tapped on the driver’s window, pointed a gun at the driver and ordered him out of the car.

Police spotted Mitchell in one of the stolen vehicles at a gas station in the 4500 block of North Broadway later that day, but he was able to drive away despite being shocked by a Taser, charging documents in a state court case said.

On Nov. 5, 2018, at about 10:30 p.m., a man had just parked his 2016 Chevrolet Malibu in front of his apartment building in St. Louis when Moore and Mitchell approached, their federal plea agreements said. Moore was armed and pointed a gun at the driver before the pair rummaged through the man’s pockets and found the keys to a 2012 Nissan Altima. Mitchell stole the Malibu and Moore took the Altima.

Later that night, the pair carjacked a 2018 Subaru Outback in Maplewood, stealing a backpack, cellphone, watch, keys and wallet from the driver and the purses, bags, credit cards and Disney memorabilia from two passengers, the plea agreements said.

Mitchell and Moore were arrested the next day. Moore was wearing the Outback driver’s watch and had the Altima’s keys in his pocket.

Prosecutors and defense attorneys have agreed to recommend a sentence of 14 years in prison for both men at their sentencing hearings later this year.

Officers found a body inside a burned box trailer in the 200 block of Avenue H.

Several people, both adults and children, were in the home when the child was hit with gunfire. 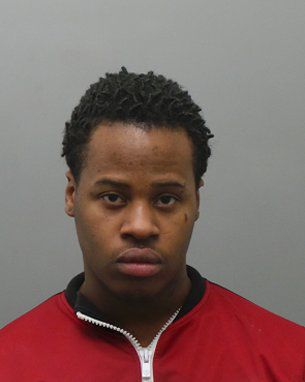 Deandre Darnell Moore is shown in a booking photo provided by St. Louis County police. He pleaded guilty to eight federal charges, including carjacking and brandishing a firearm during a crime of violence. 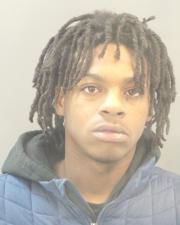 Deron Mitchell Jr. is shown in a police booking photo. He pleaded guilty to eight federal charges, including carjacking and brandishing a firearm during a crime of violence.