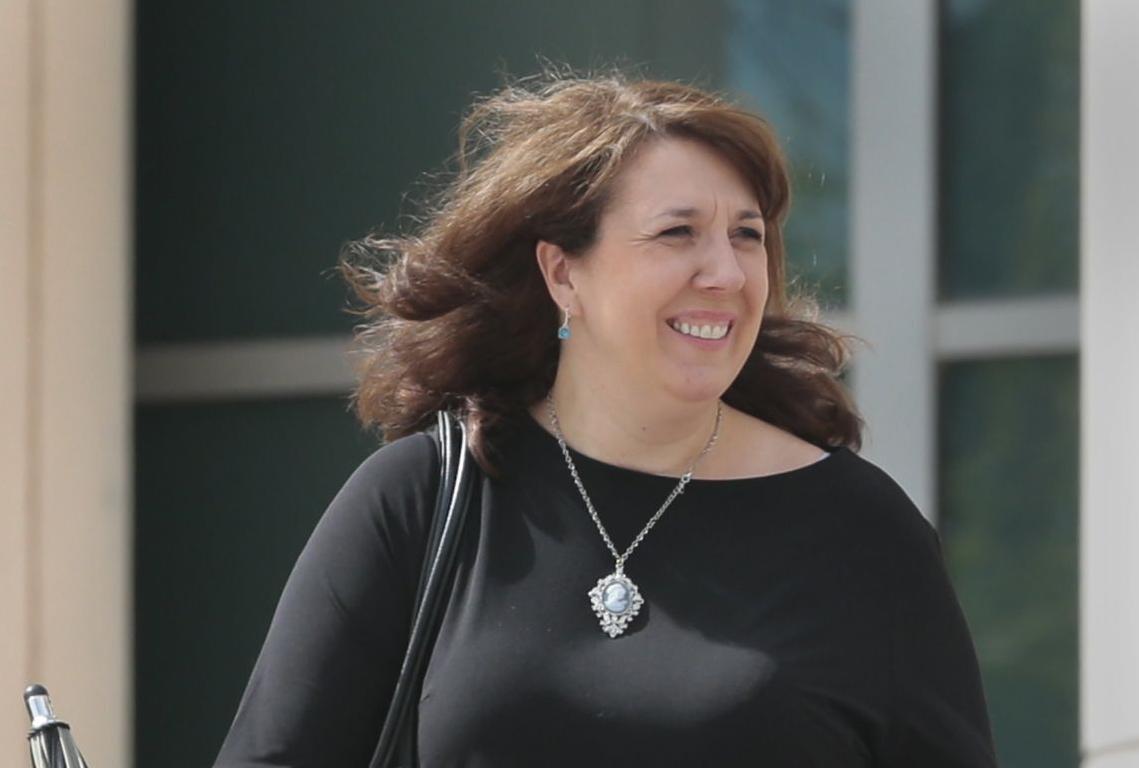 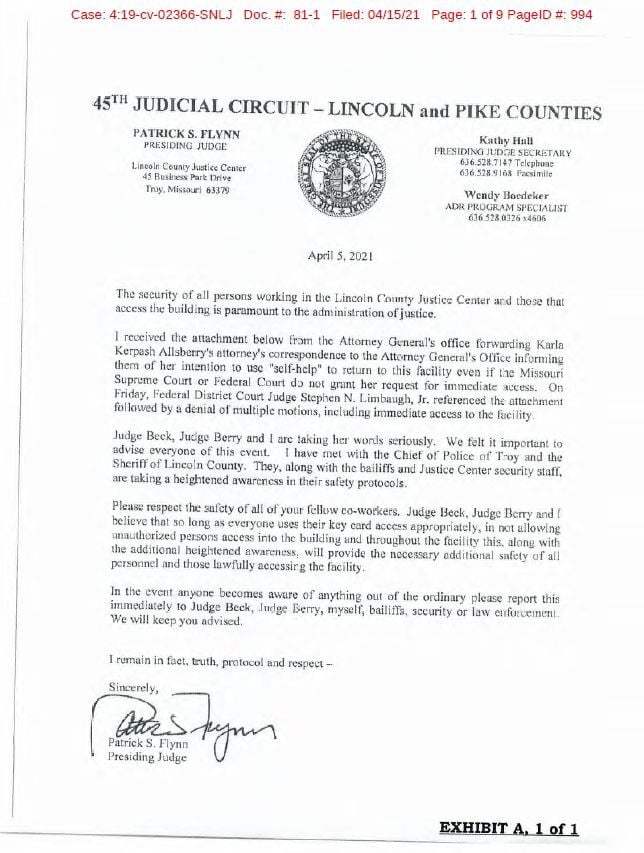 The court said Presiding Judge Patrick S. Flynn’s suspension of Karla Allsberry for more than half of her four-year term, and his ban of her from the courthouse, amounted to a de facto removal of Allsberry from office.

The court was agreeing with a Cole County judge, Richard Callahan, who had been brought in to hear a lawsuit filed by Allsberry. It disagreed with Callahan’s belief that he didn’t have the power to order another judge, Flynn, to re-instate Allsberry and reverse Flynn’s courthouse ban. The court sent the case back for those actions, but it’s not clear Tuesday who will carry them out. Callahan has since retired.

Allsberry’s lawyer, David M. Duree, wrote in an email that he would seek to have a judge appointed to carry out the court’s ruling.

“Three courts have now ruled that Judge Flynn did not have authority to indefinitely suspend Karla — but he has continued thus far to continue to bar her from the non-public areas of the courthouse and from the Clerk’s office,” Duree wrote.

A spokesman for the Missouri Attorney General’s office, which represented Flynn, did not immediately respond to an email seeking comment.

Flynn supported Allsberry’s opponent in the 2018 election, and had been defeated in a previous judicial election by Allsberry’s husband. But Flynn said he stripped her of her authority to hire and fire in January 2019, less than two weeks after she took office, out of concern for the operation of the clerk’s office.

Flynn was joined in the move by two other judges in the circuit, and the move was later approved by a statewide committee of other judges. In some counties clerks are appointed by judges, and courthouse power struggles have prompted lengthy battles elsewhere in Missouri.

Flynn suspended Allsberry from office on May 28, 2019, and appointed a replacement.

Allsberry filed a series of legal actions to be restored to office, largely without success. Some are still pending. It was only in her civil suit against Flynn, filed in Lincoln County and heard by Callahan, that she had success.

Callahan rejected the 14 reasons Flynn cited as justification for removing Allsberry, writing in a February ruling, “None of the above allegations, individually or collectively, nor any others were supported by proof to establish that Karla Allsberry committed a misdemeanor in office.”

A three-judge panel of the Missouri Court of Appeals, Eastern District agreed with Callahan’s ruling that Flynn didn’t have the authority to indefinitely suspend Allsberry, effectively removing her from her elected office. But they also said Callahan should have ordered Flynn to reinstate Allsberry.

The appeals court then kicked the case to the Missouri Supreme Court for the final word on “the authority of one independently-elected court official over another.”

A special prosecutor was appointed in June to investigate an allegation that Flynn lied on an affidavit during the long-running feud. Flynn appointed a special prosecutor to investigate Allsberry last year, but the prosecutor, St. Charles County Prosecuting Attorney Tim Lohmar, declined to initiate proceedings, writing in a letter to Flynn, “the evidence fails to establish willful abuse of her authority, corruption or gross and willful misconduct in the performance of her duties as Circuit Clerk.”