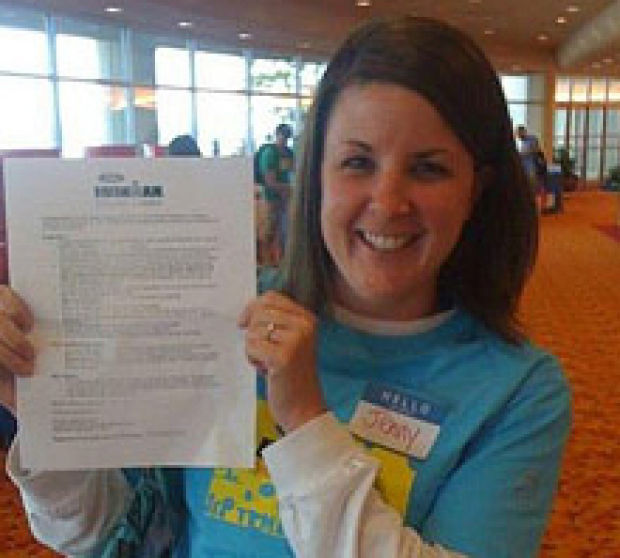 Jennifer Boyce, from Ballwin,  signed up for the Ironman in 2011 — her first — because it fell on her 30th birthday. 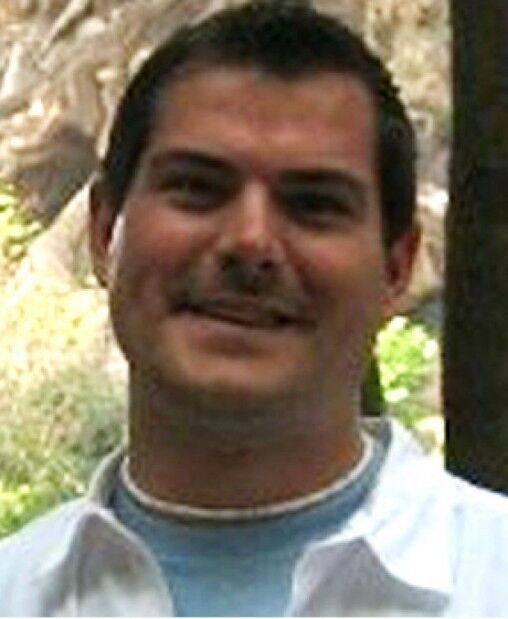 MADISON, Wis. • Jennifer Boyce and Bernard Grosso were to have been in court on Friday to officially end their marriage. Instead, their lives ended before they ever got to the courthouse as a result of what Madison police categorized as a domestic-related murder-suicide.

Police discovered the body of Boyce, 31, a former St. Louisan, Thursday morning at her apartment in Madison. That led police to look at her estranged husband, Grosso, 34, who was found dead Thursday night of an apparent gunshot wound when police searched his home.

The Dane County Medical Examiner’s Office said Friday night that Boyce’s death was the result of injuries from an edged weapon. Additional testing is under way.

“Certainly, we can speculate that this pending divorce hearing may have played a part in the motive,” Madison police spokesman Joel DeSpain said. “But we’ll never know that for sure.”

Boyce and Grosso, who were married in 2008 in St. Louis, had filed for divorce last March. She moved into her apartment in July.

DeSpain said the couple had no record of domestic violence.

Boyce’s stepmother, Dixie Boyce, 68, of Ballwin, said there was no indication of physical violence in their relationship. She said that Grosso “had hurt her very badly psychologically” before she left him, but that “Jennifer said that he wouldn’t hurt her.

Jennifer Boyce was in Ballwin for the holidays and went back to Madison on New Year’s Day.

Dixie Boyce said she and her husband were in disbelief when they received news of Jennifer’s death.

“We were quite shocked,” she said softly. “She was loyal, funny and she was smart.”

Jennifer Boyce attended St. Joseph Academy and received her undergraduate degree from Truman State University in Kirksville. She went on to St. Louis University for a master’s in epidemiology and was offered a grant from the CDC and placed in Madison, Dixie Boyce said. Jennifer Boyce was later hired by the Wisconsin public health department.

Dixie Boyce said her stepdaughter met her husband at Lake of the Ozarks. His sister and brother-in-law live in O’Fallon, Mo. He later found a job in Madison, and they were married.

“All of the (divorce) details were settled and they were to go court on Friday,” she said. “It seems he broke into her apartment early Wednesday and killed her. We just heard that he went to work afterward and was there part of the day, then shot himself.”

Boyce said the family planned to bring her stepdaughter’s body back to St. Louis this week. Funeral arrangements are pending.

Jennifer Boyce was an epidemiologist with the department of public health.

“This is a tragic loss of a wonderfully talented and kind individual,” the department said in a statement Friday afternoon. “Jennifer was loved dearly by everyone she worked with, and our thoughts and prayers go with her and her family. Though she will be greatly missed, she left us with the best possible memories, which we will continue to cherish.”

Boyce was an avid participant in endurance sports and competed in her first Ironman Wisconsin in 2011 because it fell on her 30th birthday, on Sept. 11 of that year.

She also worked part-time at a branch of Endurance House, a triathlete specialty store in Madison.

“Jenny was a very active person,” said Kyle Larson, who owns Endurance House East along with his wife, Michelle. “She was a very friendly person who always had time for people.

“We’re still trying to come to grips with it. I don’t know that we will ever fully understand it. We’re all in shock and can’t believe that it happened.”

If Boyce was feeling any particular anxiety in advance of her divorce’s becoming final, she never showed it around her Endurance House co-workers. “We knew that she was separated, but we didn’t know that anything was troubling her,” Larson said.

Grosso, a graduate of the University of Illinois, was an analytical chemist at Virent, a Madison-based company that creates fuel from renewable resources. A Virent spokeswoman would confirm only that he worked there, but according to his profile on the social networking site LinkedIn, he had been with the company since September 2007.

DeSpain said Boyce apparently was killed early Wednesday morning from multiple injuries. He declined to elaborate on the nature of her injuries.

Police were not alerted until the next day when someone from management at her apartment reported that a glass door had been broken.

When police began to attempt to make contact with Grosso, they became aware there were firearms inside his residence, DeSpain said. Police obtained a search warrant and brought in the SWAT team and a robot from the Dane County Bomb Squad to begin a methodical approach to the house.

Once they were inside, Grosso was found dead with a shotgun nearby. Investigators were still trying to determine when he apparently killed himself.

Police also recovered a loaded assault rifle, DeSpain said, adding there was nothing on Grosso’s record that would preclude him from owning firearms

The man, Gregory Brown, apparently got into an argument with his wife over texting, authorities said.

She had been shot and was seeking help when gunman tracked her down and shot her again.

She was struck with an object, police say, but they won't identify the weapon.

Wentzville teen shot by mom is in critical condition

Jennifer Boyce, from Ballwin,  signed up for the Ironman in 2011 — her first — because it fell on her 30th birthday.