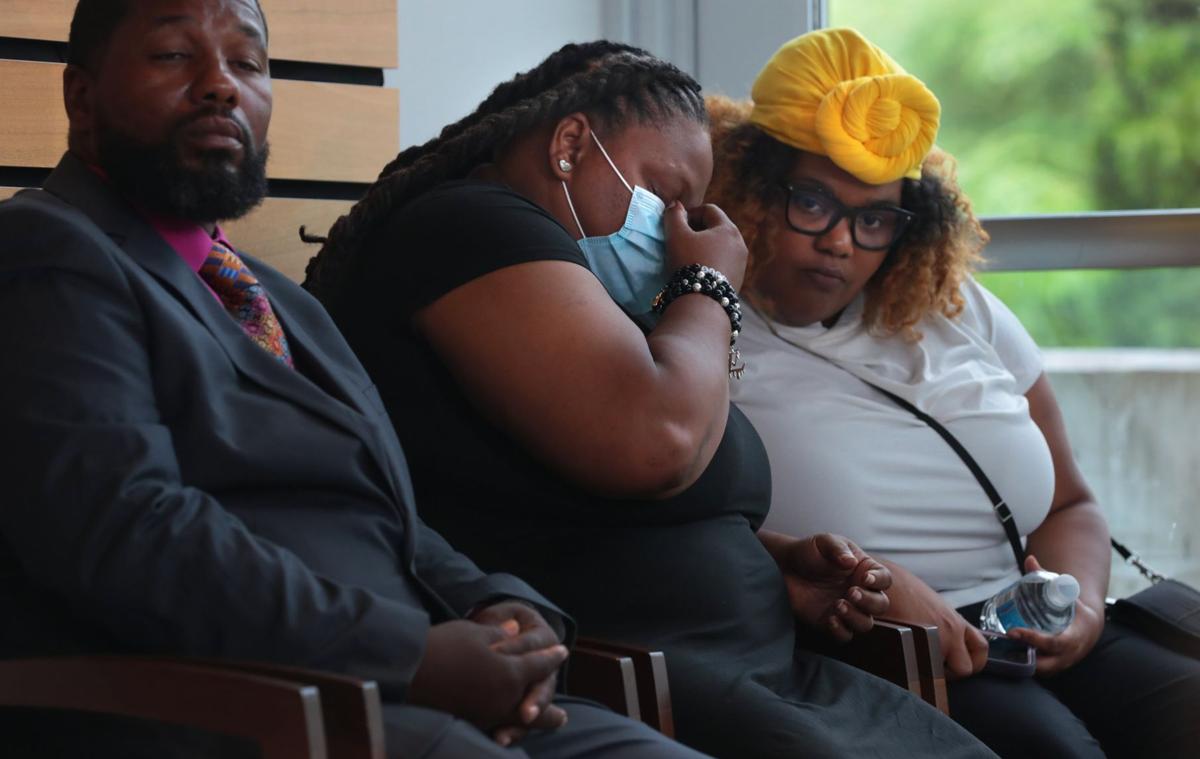 From left, Don Ray Clark Jr., Sherrie Clark-Torrance and Ashley Boureima Mourou, the children of Don Clark Sr., attend a press conference on Wednesday, June 30, 2021, announcing a federal lawsuit against the city and St. Louis police officers for the 'no-knock' warrant shooting death of their father in 2017. Photo by Robert Cohen, rcohen@post-dispatch.com 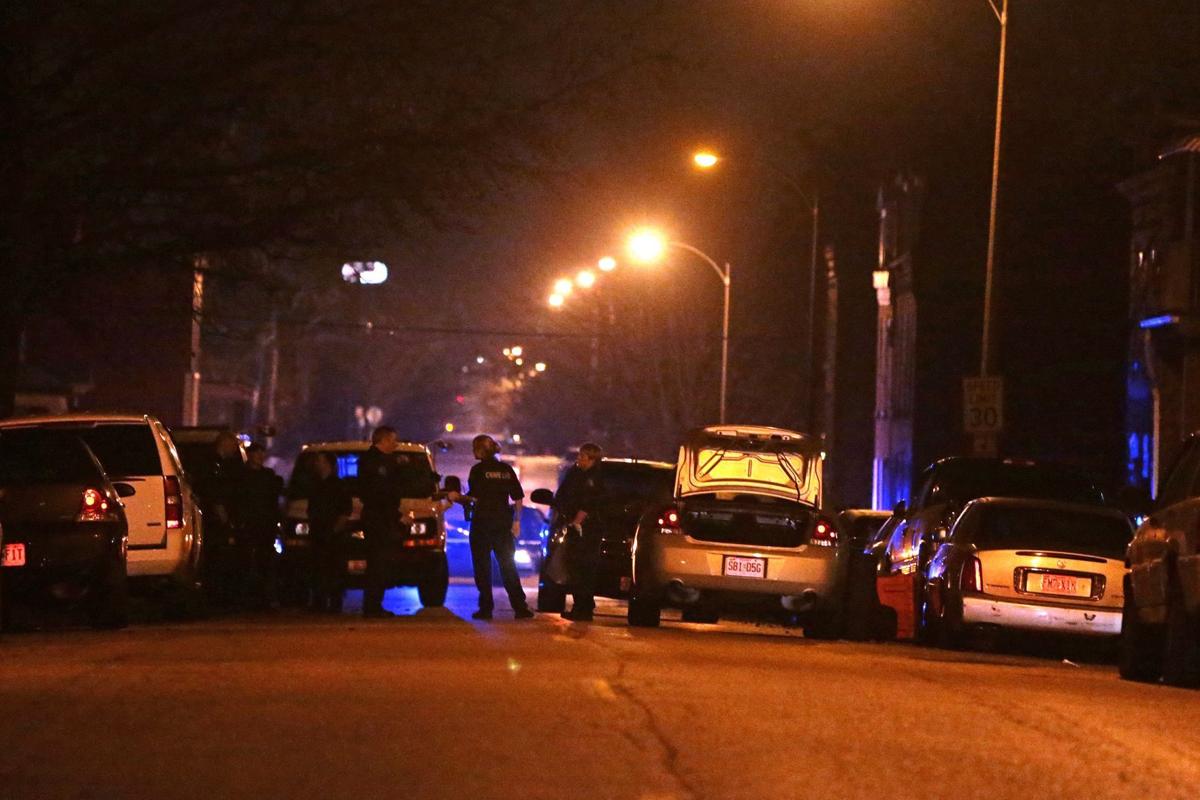 Police investigate the scene of a police shooting in the 4000 block of California Avenue on Tuesday, Feb. 21, 2017. Photo by Cristina M. Fletes, cfletes@post-dispatch.com

ST. LOUIS — Police officers unlawfully obtained a “no-knock” warrant in 2017 that was used to storm the home of a 63-year-old man who was then fatally shot by an officer, according to a federal lawsuit filed Wednesday.

The lawsuit contends a St. Louis officer, Thomas Strode, used lies or bogus information and boilerplate language to obtain the search warrant for the home of Donald “Don” R. Clark Sr. Another city officer, Nicholas Manasco, shot Clark after officers broke down the door and tossed a “flash bang” diversionary device inside the home on the evening of Feb. 21, 2017, the suit says.

“Having to just deal with figuring out what had transpired just made me angry, and I’ve been angry ever since. I just feel robbed. My family was robbed,” Ashley Boureima Mourou, one of Clark’s children, said Wednesday at a news conference announcing the lawsuit.

Clark, a U.S. Army veteran who used a cane and suffered from diabetes, poor eyesight, poor hearing and other health problems, slept in the front room of the one-bedroom home, opposite the front door, the suit says.

Clark’s home, at 4023 California Avenue, was the third on the block raided that night by members of the SWAT team, according to the suit. Clark was asleep and was shot after officers entered. They did not render immediate medical aid, and Clark died later at a hospital, the suit alleges.

The lawsuit, filed by the ArchCity Defenders law firm and lawyer Jerryl Christmas, says Strode knew that Clark wasn’t selling or storing drugs in the home, as the warrant application claimed.

“It is completely impossible to believe” that Clark would have been involved in those kinds of activities, Emanuel Powell, an ArchCity Defenders attorney representing Clark’s family, said Wednesday. He added that Clark “was afraid of the crime that was happening in his neighborhood.”

The suit says Strode requested no-knock warrants for at least 27 searches he requested in the year before the shooting.

Noting the similarities in the three search warrants served that night, Christmas, another attorney involved in the lawsuit, urged judges to more closely examine warrant requests.

The suit names the city, Strode, Manasco and other officers and seeks unspecified compensation for claims, including unlawful search, excessive force and civil rights violations.

“The wall and dresser and the floor were so covered with blood, at that time I knew. They didn’t even have to tell me,” Don Clark Jr. said about the night his father was killed.

Police at the time of the shooting said officers knocked and announced themselves and used a battering ram on the door. Authorities said someone fired a shot from inside the home, police responded with a “flash bang” and another shot was fired before one of the officers returned fire.

Don Clark Jr. disputed that in the days after the shooting, saying police did not have a legitimate reason to raid the home and that if his father fired a gun, it was in self-defense.

A lawsuit says police used a flawed "no knock" warrant when they raided a 63-year-old St. Louis man's home and fatally shot him in 2017.

From left, Don Ray Clark Jr., Sherrie Clark-Torrance and Ashley Boureima Mourou, the children of Don Clark Sr., attend a press conference on Wednesday, June 30, 2021, announcing a federal lawsuit against the city and St. Louis police officers for the 'no-knock' warrant shooting death of their father in 2017. Photo by Robert Cohen, rcohen@post-dispatch.com

Police investigate the scene of a police shooting in the 4000 block of California Avenue on Tuesday, Feb. 21, 2017. Photo by Cristina M. Fletes, cfletes@post-dispatch.com