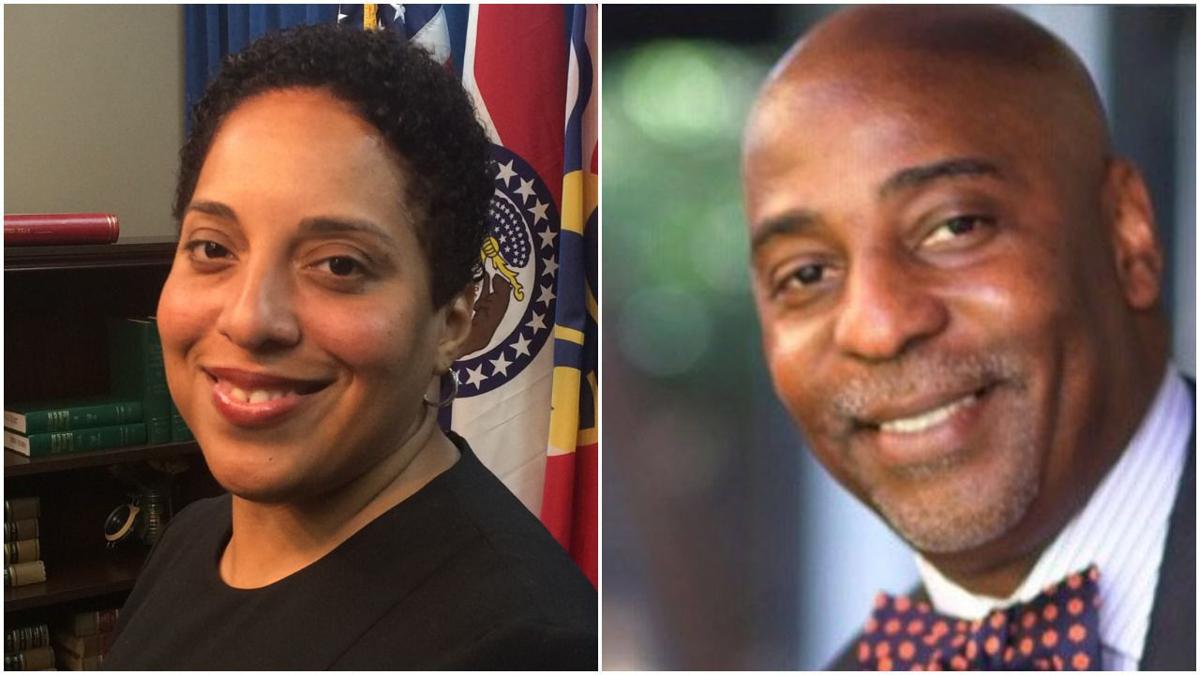 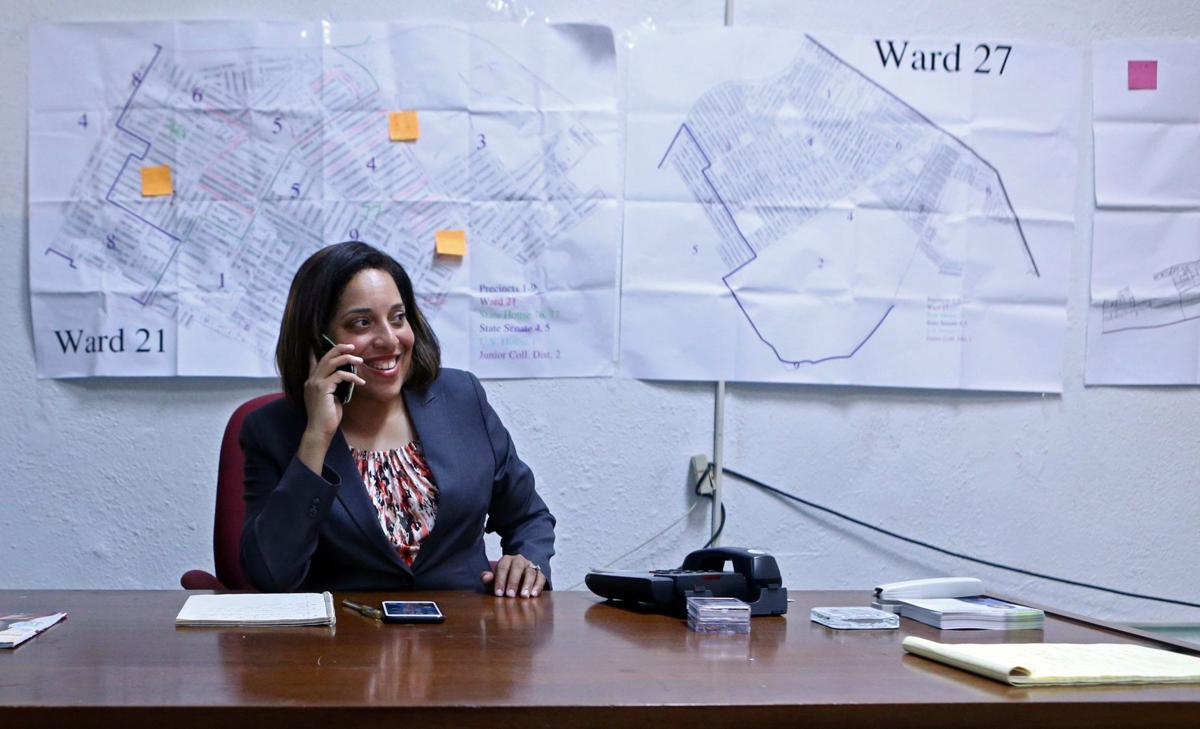 Newly-elected St. Louis Circuit Attorney Kim Gardner thanks a supporter by phone from her campaign office on Wednesday, Aug. 3, 2016, the day after being voted in as the first African-American to win the job. Photo by Christian Gooden, cgooden@post-dispatch.com

ST. LOUIS • With nearly six months under her belt as the city’s new circuit attorney, Kim Gardner has watched at least a dozen experienced prosecutors quit for other jobs as she fights proposed spending cuts during a wave of violent crime.

Gardner, the city’s first African-American circuit attorney, took over in January. She says she is proud of her efforts to make changes despite seeing a more than 25 percent turnover among her staff of about 60 lawyers and struggling to persuade city leaders to expand her budget.

“We’re not even part of the conversation,” Gardner said of spending more on public safety. “We can’t continue to address violent crime if we can’t get more prosecutors. We need more funding.”

Soon after taking office, Gardner fired, demoted, reassigned and replaced most of the executive staff of her predecessor, Jennifer Joyce. Since January, at least 18 lawyers in her office have quit or have been fired.

Current and former staffers say the reasons for the exodus include Gardner’s choice of two former public defenders as top assistants, inconsistency in handling criminal cases and poor internal communication. They spoke on the condition of anonymity citing potential backlash to their careers for speaking out.

Gardner’s chief of staff, Nicholas Heberle, announced his resignation Friday after five months on the job. He declined to comment. Three assistant prosecutors gave notice in just the past 10 days: one joined the office in 2000; the two others in 2012.

Gardner said she is working to restore public trust in law enforcement by building better relationships that help victims and witnesses feel safer about coming forward. She is accomplishing that, she said, by taking a “holistic” approach that’s tougher on violent criminals while diverting less- or nonviolent offenders — especially those in the 18-to-25-year age group — out of the court system.

“We’re not wasting time with the guy that smokes weed,” she said.

Gardner, a registered nurse, said she sees crime from a public health perspective, meaning she wants to provide “trauma-informed counseling” to victims and defendants — especially those 18 to 25 years old whose brains are still developing — to address the root causes of crime.

“We’ve got to look at how we help victims so they won’t become the next defendant,” she said.

She says she is concerned about the city’s bid to cut her budget by $100,000 plus grant funding that would eliminate at least five more trial lawyers. She wants money for a witness protection program and a community engagement specialist to improve trust in law enforcement.

A spokesman for Krewson said the mayor is aware of Gardner’s funding requests and that she “is not being pushed aside” but that many city departments also have asked for more funding.

Gardner, also a former state representative who worked as a prosecutor in the circuit attorney’s office from 2005-2010, said she expected turnover and realizes not everyone agrees with her approach.

“Some people want to go through it with me, and some do not,” she said. “Most of those people who left, I’m not missing them.”

Former Circuit Attorney Jennifer Joyce said turnover at the outset of her first term in 2001 was less than 5 percent. She said more people left the second year she was in office.

“It wasn’t anything like what’s going on now,” Joyce said.

Joyce said it’s difficult to recruit skilled trial lawyers willing to work for low pay. (The starting salary for an entry-level prosecutor at the Circuit Attorney’s Office is about $40,000.)

“My heart goes out to her,” Joyce said. “It’s a hard job and it’s really hard when you first start.”

Gardner’s choice of a lawyer whose license is suspended to advise her transition is also a source of tension. Maurice Foxworth, Gardner’s St. Louis University Law School classmate, is being paid $25,000 for a six-month contract that expires July 20.

Some defense lawyers and prosecutors contend that Foxworth — whose law license was suspended in 2015 for unpaid income taxes and interest totaling $6,084 — appears to be calling the shots for Gardner or influencing Gardner’s decisions in plea and sentencing negotiations.

“To say I can’t make my own decisions? That’s offensive,” she said.

Foxworth said those claims are “laughable,” saying: “I’m not trying to be a lawyer in terms of what I’m doing at the office.”

Foxworth said he has observed meetings about criminal cases but is not advising Gardner on them and is covered by a confidentiality agreement. He also denies claims by former prosecutors that he is making hiring and firing decisions.

Michael Downey, a St. Louis lawyer who teaches ethics classes and whose practice includes a focus on ethics, said Missouri law doesn’t prohibit suspended lawyers from working within law offices but that it’s “very understandable” that lawyers would take issue with a nonlawyer weighing in on legal questions.

Foxworth said his experience in technology, intellectual property and licensing law will help improve the office’s efficiency and cut costs, such as the $90,000 spent annually on paper.

Foxworth said he fell behind on taxes after breaking his ankle, leaving him unable to work. He said he plans to pay back what he owes and is working to restore his license.

Gardner said she was “recently made aware” of Foxworth’s suspension; she refused to specify when or how she learned of it.

“It doesn’t affect the work we are doing,” Gardner said. “I didn’t hire Maurice for his legal expertise.”

Gardner’s hiring of two former public defenders as top assistants has led her office to be disqualified from several high-profile murder cases. The addition of Robert Steele and Annette Llewellyn has led Gardner’s office to relinquish some cases while being recused from others by court order.

Public Defender Cynthia Dryden has alleged Steele had a conflict of interest with murder defendants Tyrell Davidson and Eric Lawson. She claims Steele had conversations with her about the Davidson case long before he left the public defender’s office and had “confidential discussions” with Lawson after giving his notice. Steele has denied Dryden’s claims in court.

Gardner has appealed a St. Louis judge’s order removing the office from a conspiracy case in which Davidson’s mother is accused of enlisting relatives to silence witnesses in a murder investigation of her son. Gardner said the case is “central to the heart of protecting victims and witnesses.”

Gardner campaigned on policy changes that would give assistant prosecutors more autonomy in plea negotiations. But that isn’t happening yet, according to some defense lawyers as well as current and former prosecutors.

“It’s exactly the opposite of that,” said defense lawyer Terry Niehoff, who said Gardner and her executive staff keep tight controls over cases instead of giving trial attorneys the power to make deals.

Niehoff praised Gardner’s office for making pretrial recommendations — something Joyce refused to do — but said the departure of numerous experienced prosecutors has led to some cases being “fumbled” just before trial.

For example, Niehoff cited his own client Patricia Perkins, a murder suspect in a 2014 fatal shooting in Baden who was given five years’ probation last month in exchange for her guilty plea to a reduced charge of attempted assault. The prosecutor, a nine-year veteran who tried Perkins’ two sons last year and sent them each to prison for life terms, was let go about two weeks before Perkins’ trial date. Niehoff said Gardner’s office had planned to try Perkins for murder and didn’t offer a deal until after the prosecutor’s dismissal.

“When you lose a quarter or a third of your staff, everybody’s walking on eggshells,” he said. “I kept thinking they were going to turn it around but I think it’s a disaster.”

Gardner refused to discuss the prosecutor’s dismissal but defended the Perkins deal, noting that Perkins could go to prison for 15 years if she violates probation. Her sentence required that she find work within 60 days.

Others say they welcome Gardner’s new approach. Defense lawyer Dramon Foster said Gardner has shown a willingness to listen to the defense and seems more open to negotiate than her predecessor.

“I’ve had some really good outcomes,” Foster said. “You were pretty much rolling the dice under Jennifer Joyce because there was no negotiating.”

Sue McGraugh, a SLU law professor who has practiced criminal defense in the city for more than 25 years, said Gardner’s focus on stiff punishment for violent offenders while finding alternatives to jail in less serious crimes is an “innovative” approach that not everyone agrees with.

“This is like any office where you’re having a change of management philosophy,” McGraugh said. “Some people are going to buy in, and some are not.”

Among those who left was Dwight Warren, who joined the office in 1977 and was dismissed in February. He insists he was fired. Gardner said a special fund that paid his salary had dried up, forcing her to let him go.

“I’m still in a bit of shock,” Warren said in a recent interview. “It was an ambush.”

“It shouldn’t take 2½ months for her to hold a meeting with the attorneys,” Warren said. “There’s trouble in the office.”

Gardner said Warren’s claims are “way off-base,” insisting she has an open-door policy that allows staff to evaluate each case to pursue justice for victims as well as defendants.

“We have to issue better quality cases,” she said. “We have to. We’re affecting people’s lives.”

It makes sense that St. Louis Circuit Attorney Kim Gardner is focused on restoring public trust in law enforcement and getting tougher on violent criminals, and not “wasting time with the guy that smokes weed.” What makes less sense is why her office let a murder suspect off with five year’s probation on a guilty plea to a reduced charge of attempted assault. There is also reason to be concerned about allegations that high turnover has endangered cases.

Newly-elected St. Louis Circuit Attorney Kim Gardner thanks a supporter by phone from her campaign office on Wednesday, Aug. 3, 2016, the day after being voted in as the first African-American to win the job. Photo by Christian Gooden, cgooden@post-dispatch.com 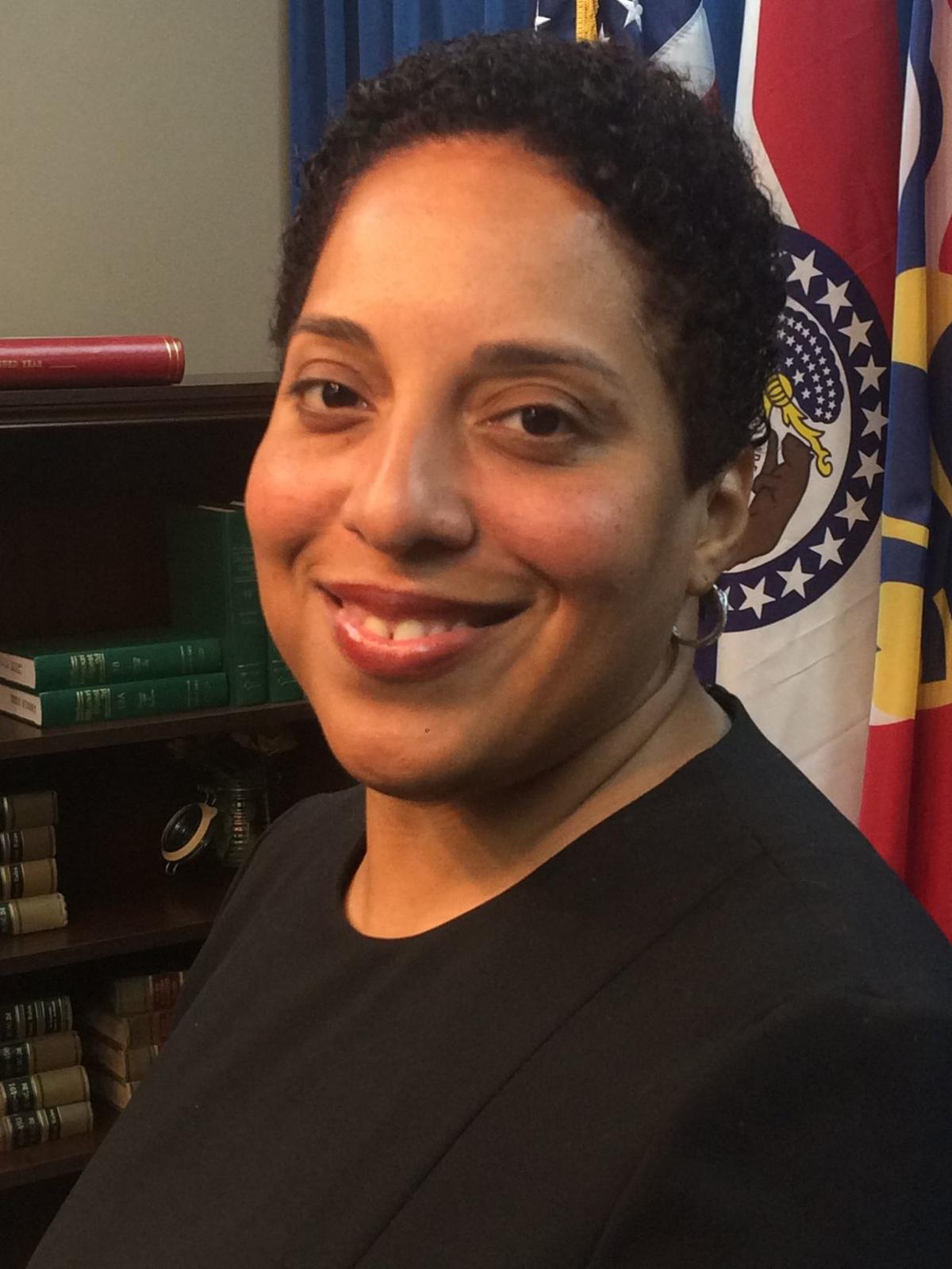 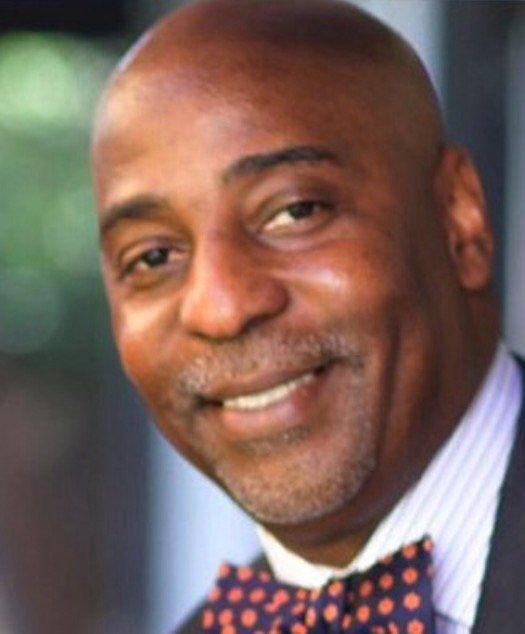