ST. LOUIS • Shootings here have always been investigated as possible crimes — unless the person pulling the trigger was a police officer.

But as of this month, a full-time team of detectives charged with making sure use of deadly force is legal will scrutinize every St. Louis city officer who kills or wounds someone with a gun. This is apart from the Internal Affairs investigation of whether internal policies were violated.

It is the kind of policy seen in some large departments, but more commonly under court order or forced after civil rights complaints.

St. Louis’ version has roots in a deadly force review three years ago by University of Missouri-St. Louis criminologist David Klinger, who made recommendations.

“There is nothing more important in our society than when a police officer exercises the ultimate power of his or her office, and it’s vital that the investigations are as thorough and professional as possible,” Klinger said. “If anybody wants to say it’s not important to have the best form of investigation possible, all you need to do is walk across the border into Ferguson and there’s your answer.”

St. Louis Police Chief Sam Dotson unveiled the Force Investigation Unit following nearly a year of negotiations with the police union. Its sergeant and four detectives got their office at the new Police Headquarters earlier this month.

But the unit is not without doubters, especially after controversies over the Aug. 9 shooting death of Michael Brown by a Ferguson police officer, and the fatal shooting days later by St. Louis police of a man they said came at them with a knife.

“Any form of police just policing themselves is the problem,” complained 21st Ward Alderman Antonio French.

But Klinger said such doubts remain even among departments that have outside police agencies investigate their shootings.

“Who else besides a law enforcement officer should investigate? Nobody,” Klinger said. “That’s like saying we shouldn’t have physicians reviewing, in a hospital setting, the adequacy of treatment.”

Dotson has promised that every shooting will be reviewed by the circuit attorney’s office for possible prosecution, and that the name of every officer involved in a shooting will be publicly revealed, once it is considered safe to do so.

Now, every time a police officer kills or injures someone with gunfire, the FIU will respond. It can investigate other cases as directed by the chief. It is not being asked to examine any cases retroactively.

The leader is Sgt. Roger Engelhardt, who was moved from homicide after about six years there. For diversity, the FIU detectives include a white man, a white woman, a black man and a detective yet to be named. Engelhardt is white. All have more than 15 years of experience.

“We want to gather an unbiased set of facts so the investigation can’t be attacked, and we want to do it as quickly as possible so the issues don’t fester in the public,” Engelhardt explained.

He said using dedicated detectives means evidence will be processed more quickly, witnesses pinned down before they can disappear or waver, and the public will get answers in weeks to questions that used to take months or years.

Engelhardt said he has spent most of the past year traveling the country to learn how others investigate officer-involved shootings.

Klinger’s book, “Into the Kill Zone,” is among the volumes lining the shelf above Engelhardt’s new desk. In it, Klinger recalls his own experience with deadly force, as a Los Angeles police officer who in the 1980s killed his partner’s attacker. And it examines the difference between investigating civilian and police shooters.

For example, evidence tells detectives at most homicide scenes early on that a crime has occurred. Not so when an officer did the killing, he said.

“The statutory authority a police officer has is distinct from the authority a citizen has ... if through the course of the investigation there is an indication that an officer behaved inappropriately, then it becomes a murder investigation only after that Rubicon is crossed.”

Klinger’s former department, along with police in Seattle, Miami, and Murfreesboro, Tenn., are among those with special shooting investigation teams.

The Los Angeles Police Department did not return requests for comment. Seattle police declined to be interviewed.

Engelhardt said that while policies and practices vary among departments, one thing seems to be universal: that an officer involved in a shooting make a statement of what happened. In Florida, attorneys can give the statements for the officers, he said.

Dotson said the FIU investigation material will be available to a Civilian Review Board once one is formed. The idea has been around for years, but so far has not been implemented. Alderman Terry Kennedy of the 18th Ward, who is chairman of the Public Safety Committee, is pushing to create one.

Without it, he said, the shooting team “doesn’t have legitimacy.”

For now, Dotson said, the mandatory review of all cases by prosecutors will ensure impartiality.

Previously, Circuit Attorney Jennifer Joyce said, police shooting cases came to her office only if the department already felt that a crime had occurred.

“What’s different now is that we will be conducting an independent review in all cases in which an officer shoots and hits someone,” she said. “We did not add an extra layer of review to their investigations before.”

She continued, “We need to do a more robust and independent review of cases and not just read a summary of someone else’s investigation.”

Joyce could only recall one time the office prosecuted a city police officer for a killing on the job. In 1999, Officer Robert Dodson was charged with second-degree murder in the in the death of a burglary suspect on the roof of a pawnshop. He was acquitted.

A point of contention for the union was that the investigations will be considered open records under the Missouri Sunshine Law, said Neil Bruntrager, attorney for the St. Louis Police Officers’ Association.

He said the details of Internal Affairs investigations will remain closed as a personnel matter. Under the Garrity court decision, statements compelled as a condition of employment cannot be used for criminal prosecution.

But anything said in the criminal investigation will be public, including officers’ names. Dotson said the department still will conduct “threat assessments” to determine whether the release would put the officer in jeopardy.

Engelhardt, the FIU sergeant, said he realizes the new protocol won’t sit well among some officers. He said he has been involved in shootings, but he declined to elaborate.

“If we do that, we’ll earn the trust of the people and the police officers.”

Nicholas J.C. Pistor of the Post-Dispatch contributed to this report.

Shootings investigated by the Homicide Unit:

Number of suspects killed by police:

Taser didn't faze man who tried to flee crime at Kmart with officer inside his SUV.

Scenarios with blanks in guns add realism to exercise.

Circuit Attorney Jennifer Joyce pledges to decide independently whether a crime was committed.

A lens that records events dispassionately still cannot capture what the officer wearing it perceives.

Concept gets pushback from police union

Two St. Louis area police shootings are alike, and not

Weapon and video separate the killings of Michael Brown and Kajieme Powell.

Union officials say officers and their families could be in danger. 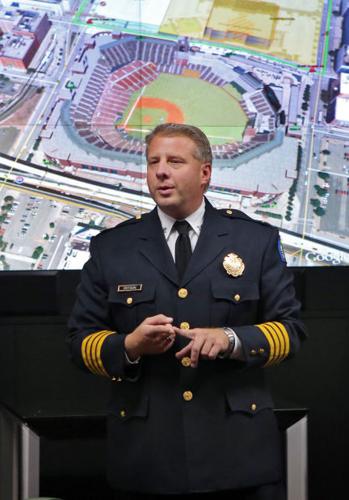 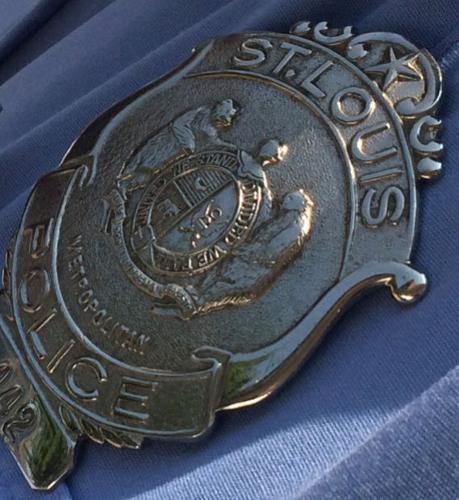