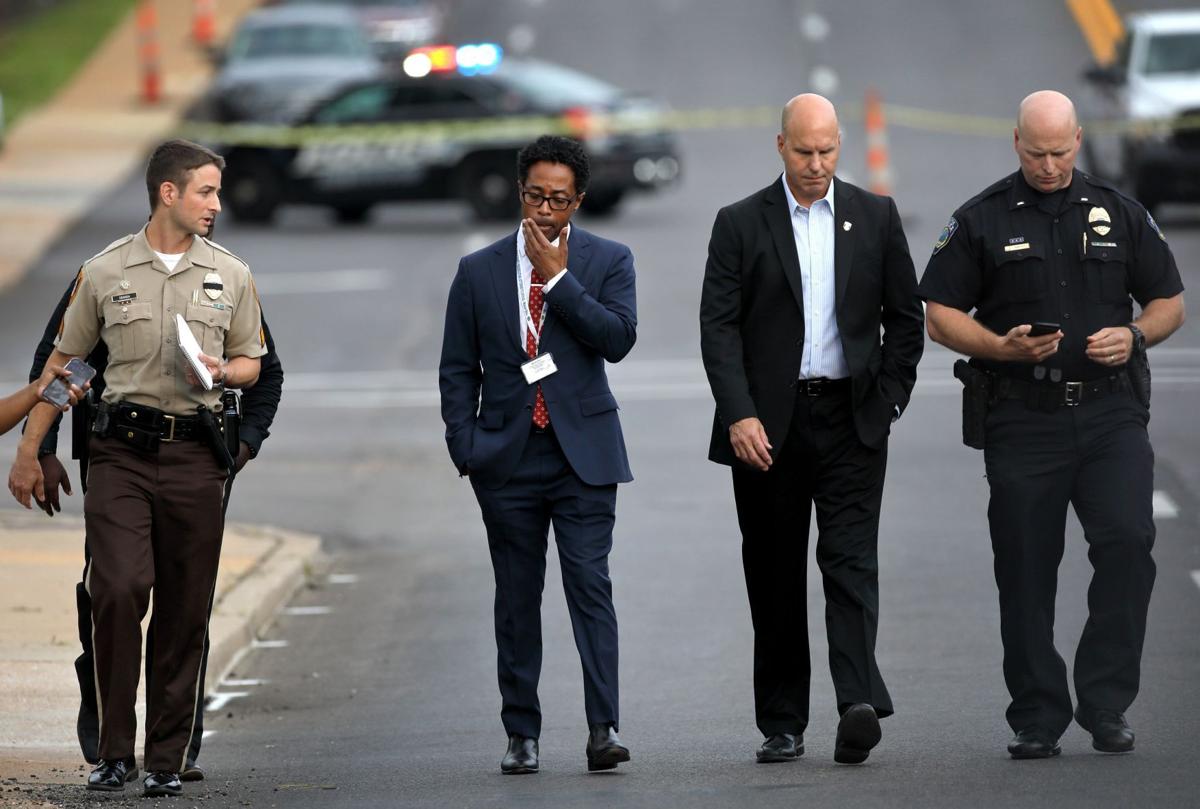 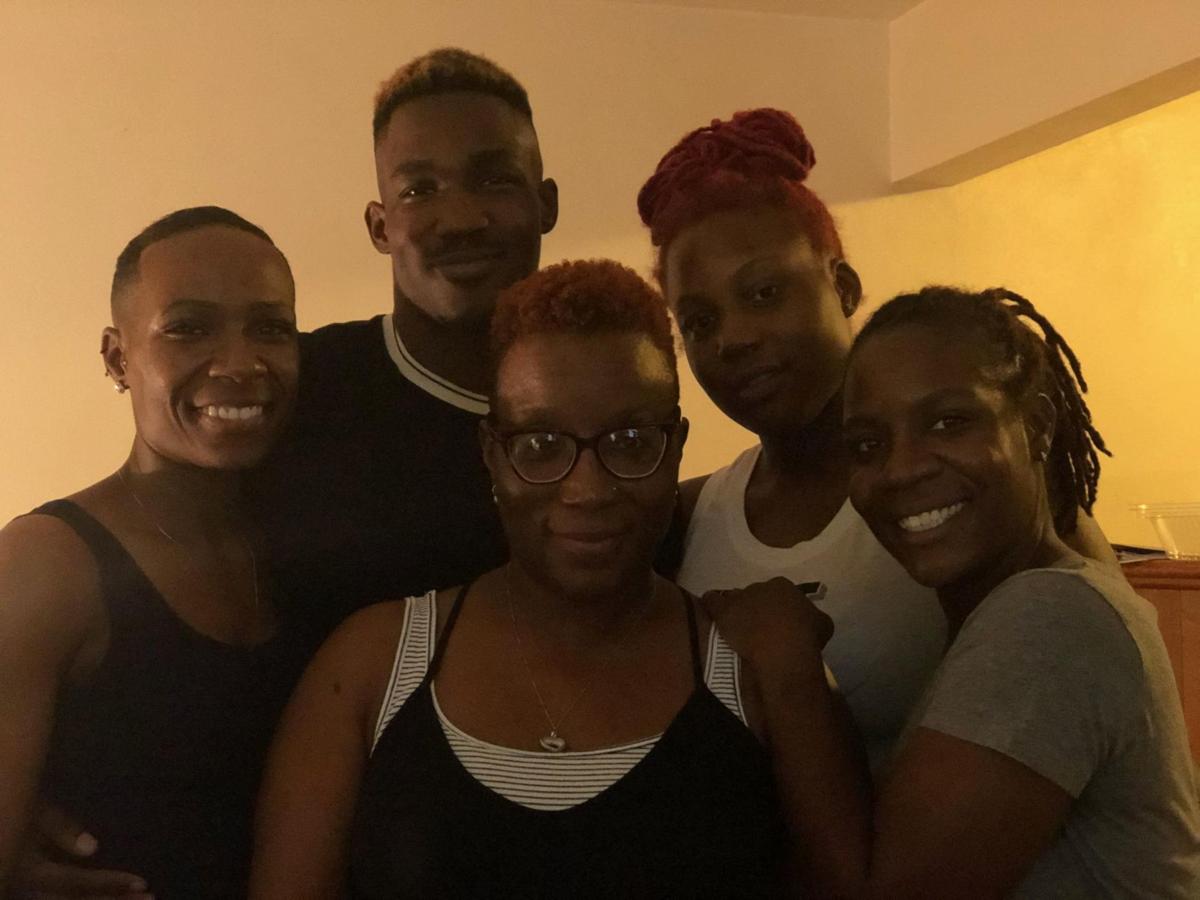 St. Louis County Prosecutor Wesley Bell and his staff explained the decision Tuesday to relatives of Terry Tillman, 23, who was shot by a Richmond Heights police officer on Aug. 31, 2019, near the shopping center.

After meeting with Tillman’s relatives and their lawyer Tuesday morning to review surveillance and police videos, Bell’s office showed the sequence of videos to reporters.

In a news release, Bell said he concluded prosecutors would be unable to prove that the officer who killed Tillman acted unreasonably in using deadly force to defend himself.

“There is no way to heal the loss of a son, father, brother or friend, and we regret the loss of this young man’s life,” Bell said in a statement. “In a case where Mr. Tillman ran full-speed toward the officer holding a gun, after having refused police orders to stop and put down the gun, and where the officer had to make a split-second decision about whether and how to protect his life, the prosecutor was unable to meet that high burden of proof.”

The videos show Tillman enter the Galleria with a high-capacity magazine from a handgun sticking out of his waistband, walk through a department store and then chat briefly with an employee of another store before two officers approach him about his gun. The mall prohibits guns.

Tillman then sprinted from that store into a parking garage before running across the street to the top level of a bank’s outdoor parking lot, the videos show. The police videos included 911 audio of calls for backup and dashboard camera video of officers driving into the parking garage near Simmons Bank on Clayton Road, where the officer shot Tillman on an outer staircase.

The dashcam video shared with reporters Tuesday showed an armed Tillman emerge from around the corner of a wall atop the bank’s parking garage just as the officer runs up the stairs. The officer shot Tillman toward the top of the staircase, firing a total of seven shots. The Richmond Heights officer who killed Tillman initially said he could see Tillman pointing a gun at another responding officer, but that was not evident from the videos.

Tillman’s death sparked protests in front of Richmond Heights City Hall and at the shopping center. Protesters at other racial justice gatherings in the St. Louis region this year following George Floyd’s death in Minneapolis often invoked Tillman’s name. Tillman was Black, and the officer who shot him is white.

Dan Bruntrager, a lawyer for Tillman’s relatives, said he joined the family Tuesday at Bell’s office to review the video and hear Bell’s decision.

“It was all professional — extraordinarily so,” Bruntrager said of Bell’s explanation. “He did explain to them very clearly and sympathetically his point of view why he couldn’t proceed with a state prosecution.”

Tillman did not fire his weapon that day, and the gun did not have a bullet in the chamber. Police recovered a .40-caliber handgun with an extended magazine holding 28 rounds that resembled a handgun seen in a livestreamed video of Tillman earlier in the day. The videos shared Tuesday also showed police removing the gun from Tillman’s hand as he lay wounded on the staircase, and giving Tillman CPR for minutes after the shooting.

Bell and his staff did not identify the two officers who chased Tillman from the Galleria. Bell’s staff also released a redacted, 127-page police report detailing the incident and said they didn’t want to release the videos at the request of Tillman’s family.

After Tillman’s death, police say the mother of Tillman’s child posted a comment on a since-deleted social media post that read, “I stg (swear to God), he said so many times that he (would) rather die than go back to jail.”

“We recognize that it took too long to provide answers in this case,” Bell’s statement said. “The COVID-19 pandemic complicated the process of compiling the video evidence, but that is an explanation, not an excuse. All of us in law enforcement need to work toward providing closure more quickly, even in pandemic conditions and even in complicated cases.”

Bruntrager said Tuesday that Tillman’s stepfather, uncle and mother had been consulting with him about a wrongful death lawsuit but have not decided whether to move forward with it. He said Tuesday’s meeting allowed Tillman’s family to see a sequence of surveillance videos from the mall that showed what happened. Bruntrager was hesitant to share the family’s immediate reaction to Bell’s decision.

“They still have so much to digest from this,” Bruntrager said. “They do need to talk about it and think about it.”

Officer-involved shootings in the St. Louis area during 2019

These are the incidents of police officer shootings in the St. Louis area during 2019.

An off-duty Bel-Ridge police officer shot an intruder in a neighbor's apartment near Belleville on Christmas Eve, according to the St. Clair C…

A St. Louis police officer shot and wounded a robbery suspect in the Grove entertainment district early Thursday after the man pointed a gun a…

A St. Louis police officer shot and killed a man Thursday night in the Carondelet neighborhood.  The police chief said the man had a semiautom…

The man was taken to a hospital with injuries that were deemed not life-threatening, and no police officers were hurt. The shooting happened a…

Police in East St. Louis shot and injured a man after he fired shots at them, according to the Illinois State Police. His injuries were not li…

Police fired a shot at a suspect — but missed — after the suspect ran toward St. Louis police officers with a gun in his hand. Officers caught…

A police officer shot and killed a man who pointed a gun at the officer in the 1200 block of Clinton Street, according to the St. Louis Police…

Oct. 6: Man fatally shot by Maryland Heights police officers after he pointed a gun at them

Bradley Arning, 42, was shot to death inside a home in the 2800 block of Briarcote Lane in Maryland Heights. He died at a hospital, police said.

The officer was attending the event when a fight between two groups broke out and they began shooting into the crowd, according to a police me…

Oct. 4: Son stabbed mother, threw knife at officers who fired back during stand-off

The officer chased possible shoplifters through the parking garage to their car. The men got in, and the car "suddenly accelerated," and the o…

Sept. 5: Police arresting a man for marijuana possession shot and killed him when he resisted arrest and tried to get a gun from his pocket

During a car chase, police exchanged gunfire with Elijah "Billy" Moore, 37, until the truck he was driving ran off the side of the road near W…

The man was hit once in the hand and once in the arm; no officers were injured during the shooting at about 1 p.m. Thursday near the 4100 bloc…

June 30: Centreville man charged for killing woman, shooting at officer in incident that closed I-255 for hours

Timothy B. Stokes, 51, was charged after he allegedly fired shots at Illinois State Troopers on I-255. He also allegedly killed a woman in Eas…

Two men have been charged in connection with his murder.

The plainclothes officer, who had been watching the complex from an unmarked police car, was shot about 3:45 a.m. in the 2100 block of Gallery…

Darnacio Johnson, 19, listed in court documents as a homeless man from Belleville is charged with attempted first-degree murder, aggravated di…

Erron Williams, 31, pointed a gun at the officer and was then shot once around 11:30 a.m. in the 2000 block of Congressional Drive, police said

Rodnell Cotton, 26, was shot and killed after he allegedly shot a St. Louis police officer in the leg. Another officer then shot Cotton near D…

Deven Strauther, 28, was charged in July with federal robbery; he was one of two men who tried to rob a jewelry store when an off-duty officer…

St. Louis County prosecutors charged James Trice, 20, with unlawful use of a weapon, a misdemeanor. Velda City police say he fired one shot at…

May 4: Man accused of driving SUV toward University City officers, who fire shots

Officers fired shots early Friday at an SUV that repeatedly charged at police in a residential area, police said. David Anderson, 18, was char…

St. Louis County police were called to the Schnucks grocery at 8867 Ladue Road, at Interstate 170, to assist the Ladue Police Department with …

The suspect was shot in the shoulder about 8 a.m., apparently as he and the Jefferson County sheriff's deputy struggled over the deputy's gun.…

A St. Louis City officer shot Demetrious Brooks, 34, of St. Charles, in the 3600 block of Virginia Avenue. The shooting happened during a stru…

March 19: Man taken to hospital after being shot by police in south St. Louis County

Kevin Butenhoff, 37, was injured in the shooting, and charged with a count of armed criminal action after allegedly refusing to put down a met…

James Hunn, 61, died six days after he pointed a shotgun at University City police officers, and an officer shot and wounded him, authorities say.

Billy L. Walker Jr., 53, of Hillsboro, was shot near Staunton after a police chase that began with reports of a carjacking in Glen Carbon. The…

Feb. 12: No one hurt after St. Louis officer shoots at gunman firing from vehicle in Bevo Mill neighborhood

An officer shot at a gunman who opened fire near police, but no one was hit in the exchange of gunshots, police said.

Officer Nathaniel R. Hendren, 29, is accused in the shooting of Officer Katlyn Alix, 24, while they were playing with a gun. Alix was off-duty…

Officer Katlyn Alix, 24, was allegedly shot by Officer Nathaniel R. Hendren, 29, while they were playing with a gun. Hendren was on duty at th…

A man was shot in the leg by a deputy as he charged at officers with a knife, Jefferson County sheriff’s officials said.

Demetrius O. Ward, 42, was shot after a short car chase; he was seriously injured, and later charged with being a felon in possession of a firearm.

Dale Weich, 64, was fatally shot by O'Fallon police during a mental health check. Weich was armed with a handgun, police said.

Quency Chavez Floyd, 22, a carjacking suspect, fired a gun at police and was then shot and killed when officers returned fire near a Schnucks …

Michael W. Mobley was shot and killed when he raised a gun at officers at a home in the Leadwood area and one of the officers opened fire, the…

Police shooting incidents in the St. Louis area during 2018

Some of the shootings in 2018 killed the suspects; others caused injuries.

County Prosecutor Wesley Bell in January had sought to take cases away from Judge Dean Waldemer over an email that had criticized Bell.