Nobody counts police killings in the U.S.
0 comments
Share this
1 of 2 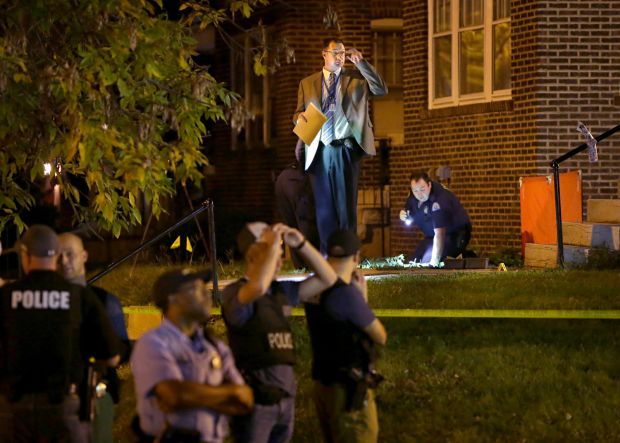 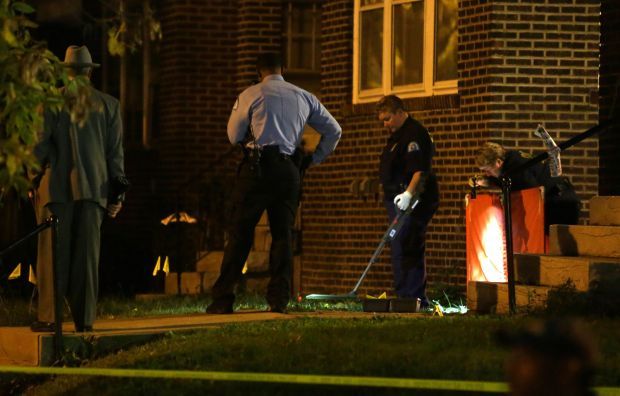 Police investigate a scene in the 4100 block of Shaw Boulevard where a man was fatally shot by an off-duty St. Louis police officer on Wednesday, Oct. 8, 2014. David Carson dcarson@post-dispatch.com

ST. LOUIS • Federal, state and local agencies license police officers to kill, if necessary, but nobody counts all the bodies or tracks what, if any, consequences might follow.

The numbers that do exist are hardly complete.

The nation’s approximately 18,000 police agencies are expected to submit specified categories of crime statistics every year to the FBI’s Uniform Crime Reporting program. But inclusion of justifiable homicides is optional.

A Post-Dispatch analysis of the data from 2005-12 shows more than 1,100 departments — or roughly 6 percent of the country’s law enforcement agencies — have reported a killing by an officer or private citizen that is considered justifiable.

Moreover, the federal data do not record how often police face criminal consequences for using deadly force. A police killing that is deemed a murder presumably is just included among the jurisdiction’s other criminal killings.

The Aug. 9 fatal shooting of Michael Brown, who is black, by Ferguson police Officer Darren Wilson, who is white, ignited not only racially charged protests and riots but fresh questions about the frequency of police killings.

The Police Foundation, a nonpartisan national research group, has been among those seeking answers.

“The lack of data is a real problem. It leaves a tremendous void in the evidence that surrounds this public discussion of police use of force,” Jim Bueermann, the foundation president, said in an interview. “And in a void, people fill that with their own narrative based on their own experiences.”

He continued, “We’re all entitled to opinions but not (our own) facts. That’s important in policy and legislative decision-making, and right now there’s a lack of good data on a national scale about police use of force. And when we ultimately fix that situation, we may discover police use less force than we think they do, or more, and we may discover police are assaulted more often.”

In 1994, Congress directed the attorney general to “acquire data about the use of excessive force by law enforcement officers” as part of the Violent Crime Control and Law Enforcement Act.

The International Association of Police Chiefs was asked to gather the information. Its last report dates to 2001, the last year for which federal funding was available, said Gene Voegtlin, director of the organization’s partner engagement and outreach.

“The difficulty is that it’s a massive undertaking,” Voegtlin said.

Voegtlin said the advent of better databases and technology might make it easier to collect the information now than it was more than a decade ago. Police chiefs have an intense interest in all use-of-force data, not just shootings, he said.

“It goes with being an effective leader,” Voegtlin said. “Officers are provided training and education and we need to have … a sense that proper procedures are being followed.

The incomplete FBI statistics covering 2005-12 indicate that police killed 3,155 people in that period.

No departments are included in the data from Florida, and only Chicago and Rockford are included from Illinois. New York City hasn’t reported one since 2006, and only three cities from New York state are represented at all.

But in some years — sometimes several years in a row — a number of major cities that at least occasionally participate had reported no justified homicides. They include San Francisco, Boston, Minneapolis, Cleveland, Charlotte, N.C., Des Moines, Iowa, Omaha, Neb., Raleigh, N.C., and El Paso, Texas.

It’s not clear if none occurred in those agencies or if they simply didn’t report them. Counting criteria also vary among departments. And some miss the cutoff dates for submission into a given year’s data, so local numbers can differ a little from the FBI’s count.

In Missouri, 39 departments provided data at some point in the period, including about a dozen in the St. Louis area. The largest totals came from St. Louis police, with 33 fatal shootings, and St. Louis County police, with eight.

Clearly, there are officer-involved killings in some St. Louis-area communities not included in the database:

Though the picture of killings by police is vague, the Justice Department keeps careful track of the officers killed in the line of duty and the demographics of the killers. There were 535 officers killed between 2003-12. Of 595 people charged in those deaths, about 51 percent were white, and 43 percent were black.

The St. Louis region is bracing for more protests if a St. Louis County grand jury does not charge Wilson with a crime in the killing of Brown.

Officials said Brown had just committed a strong-arm robbery at a store. There is evidence that Wilson, in his patrol SUV, struggled with Brown, who was leaning in the driver’s window, and that the officer’s pistol discharged at least once, wounding Brown in the thumb.

The controversy is centered on some witness claims that after Brown ran away, he stopped and tried to surrender before being shot to death. Sources close to Wilson say the officer fired after seeing Brown coming back after him.

It would be unusual for a police officer to face criminal charges for an on-duty killing in the St. Louis area. The last time prosecutors could recall was in 1999. St. Louis Officer Robert Dodson was charged with second-degree murder for the death of a burglary suspect on the roof of a pawnshop. A jury acquitted him.

David Klinger, a criminologist and use-of-force scholar at the University of Missouri-St. Louis, said there is a simple reason for so few prosecutions: “Most of the time what cops do with deadly force is correct.”

Klinger, a former Los Angeles police officer whose own on-duty killing of a man was ruled justified, has been asked to testify in court as an expert witness both for and against accused officers. He cited three cases as instructive:

Klinger testified for the defense in the criminal trials in Washington and Illinois, and for the family against the Houston police officer and his department in the resulting civil lawsuit trial in Texas.

The database of police shootings envisioned by the Police Foundation would include all fatalities, whether charges resulted or not, said Bueermann, the president and a retired police chief from Redlands, Calif.

“We want to do this for scientific reasons because we want to understand police use of firearms better,” Bueermann said.

“It’s not only to better understand their own agency, but see how they compare to others like them,” he noted.

Failing that, he said, local officials should mandate police departments to track their own data and make it publicly available.

“Clearly, the rate of force used by the police should be transparent and available to the public,” he said. “If people knew how violent the interactions are, they might be shocked at how low the use of force might be.”

St. Louis area police shootings reported to the FBI for 2005-12.

Police investigate a scene in the 4100 block of Shaw Boulevard where a man was fatally shot by an off-duty St. Louis police officer on Wednesday, Oct. 8, 2014. David Carson dcarson@post-dispatch.com