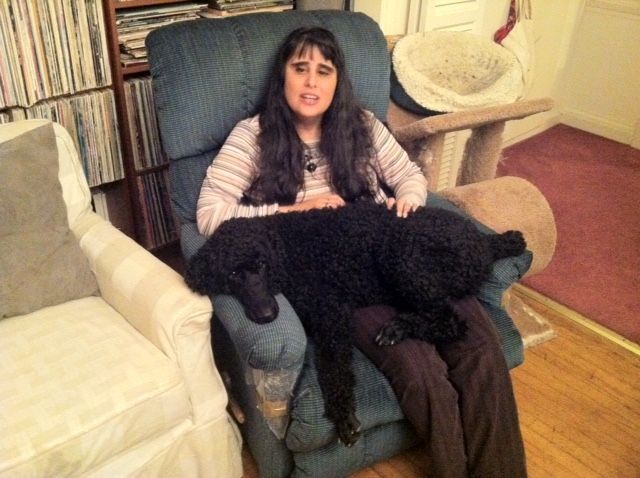 ST. LOUIS • A federal civil rights lawsuit filed Tuesday claims that an off-duty St. Louis police officer handcuffed a blind woman without cause and dragged her and her dog out of a St. Louis bar.

The suit against off-duty officer William Clinton says he was working a security job at Caleco’s Bar & Grill, at 101 North Broadway, on Oct. 28, 2013. The suit says that Marvelena Quesada had left the bar as it was closing, but returned to help her friend settle her bill.

As she was paying the bill at the bar, Clinton “told her to ‘get out and get out now,’” the suit says, and refused to wait while she stowed her debit card and wallet in her purse. Clinton told her “I said now,” used an expletive, and added, “You’re going to jail,” according to the suit.

Clinton handcuffed her and pulled her off her chair, causing her to hit her head on the floor, the suit says. He then dragged her out the bar and down the sidewalk on her back, the suit says. The leash for Quesada’s guide dog was on her arm, the suit says, and the dog was dragged into chairs and tables.

Outside Caleco’s, as Quesada screamed for help, her friend and other patrons successfully urged Clinton to release her, the suit says.

Quesada suffered cuts and bruises, a back injury, depression and loss of sleep due to nightmares, according to the suit. She was confined to her bed for weeks afterward, the suit says. The two-count lawsuit seeks unspecified compensation for unreasonable seizure and assault and battery.

Quesada lawyer Stephen Ryals declined to comment on anything outside the details contained in the lawsuit.

Quesada, 40, is the vice president of the Braille Revival League of Missouri, which advocates for the “use, production, and instruction of braille.”

She was also one of the plaintiffs involved in a successful federal suit against the Social Security Administration that said the agency refused to correspond with the blind in any way other than printed letters and other notices that they couldn’t read. In 2009, a judge ordered the administration to correspond in a format that is accessible to the blind, including at least braille and the use of CDs.

A St. Louis family says police raided the wrong house, but kept them handcuffed and kept searching even after realizing their error.

Lawsuit says woman may lose vision in one eye hit by taser barb.