UPDATED at 5 p.m. with charges against two people.

ST. LOUIS • An off-duty officer was wounded by "friendly fire" as police looked for suspects after a stolen vehicle fled police and crashed late Wednesday.

The injured off-duty officer was treated at a hospital released on Thursday. The suspect was also treated, and released into police custody.

At Barnes-Jewish Hospital early Thursday, Interim Police Chief Lawrence O’Toole told reporters the off-duty officer had come out of his home to help after the stolen car crashed nearby, and was hit in the crossfire between officers and suspects who had been in the car.

But police now say the off-duty officer was shot by a fellow cop who did not recognize him as an officer, in a separate encounter away from the initial crash.

According to a department summary of the incident released later Thursday, two officers who encountered the armed off-duty officer ordered him to the ground. He complied. When they recognized the off-duty officer, they told him he could stand up and walk toward them.

The Post-Dispatch first reported those details Thursday morning based on police sources with knowledge of the shooting. The department media office later confirmed them.

The pursuit began downtown near the Dome at America's Center about 10 p.m. when license recognition equipment alerted police to a vehicle that had been stolen June 15 in Maryland Heights. Officers pursued the vehicle, a white sedan, and used spike strips at one point. Three people inside the stolen car then opened fire at the pursuing officers, striking police vehicles. The officers backed off but continued to follow the car.

The department says the car crashed near the intersection of Park Lane and Astra Avenue, northwest of West Florissant Avenue and Riverview Boulevard. Three people inside fled the vehicle.

Two officers, "fearing for their safety," fired at the suspects, striking one in the ankle, according to a department summary of the shooting.

The off-duty officer heard the commotion and came out of his nearby home with his department-issued gun, police said. That's when he encountered fellow officers and was shot by one of them.

Police took the injured suspect into custody after his release from the hospital, and arrested another at the scene. Both are 17-year-old males. Two guns were recovered from the suspects.

Deandre T. Chaney, 17, of the first block of Reasor Drive, in Calverton Park, was charged with 16 felonies: seven counts each of first-degree assault and armed criminal action, and one count each of resisting arrest and motor vehicle tampering.

Cortney Smith, 17, of the 10500 block of Seaton Drive in Bellefontaine Neighbors, was charged with 15 felonies: seven counts each of first-degree assault and armed criminal action and one count of motor vehicle tampering.

A third person who had been in the stolen car escaped. Police did not have a description.

Mayor Lyda Krewson came to Barnes-Jewish along with O'Toole. She expressed relief that the officer was in good condition.

"It's always a touch-and-go situation," she said. "It could have been a lot worse tonight."

The scene is in the North Pointe neighborhood. 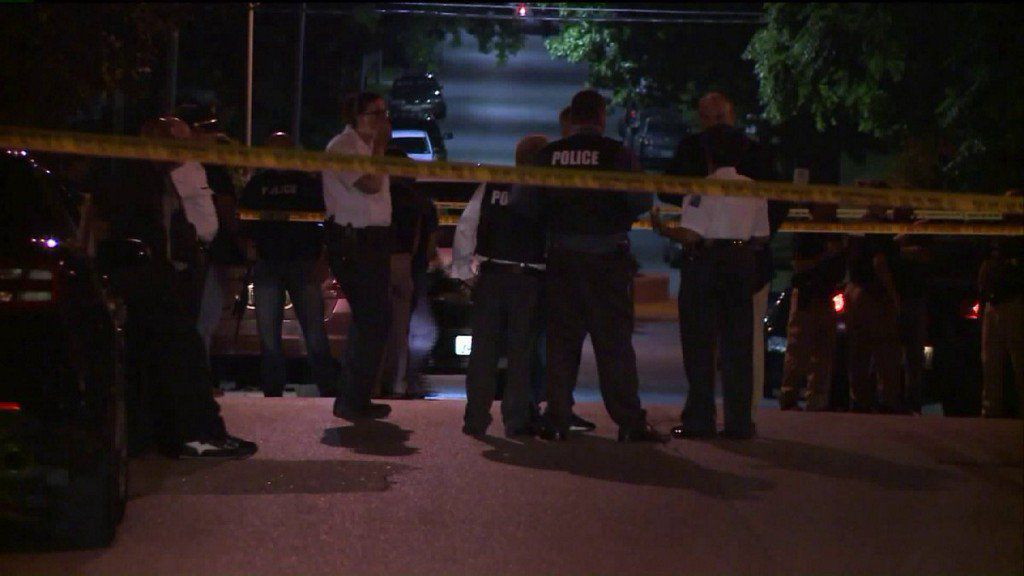 Investigators work the scene of a shooting late Wednesday, June 21, 2017, when an off-duty police officer and suspect were shot in a confrontation after a police chase of a stolen car. Photo courtesy KTVI (Channel 2). 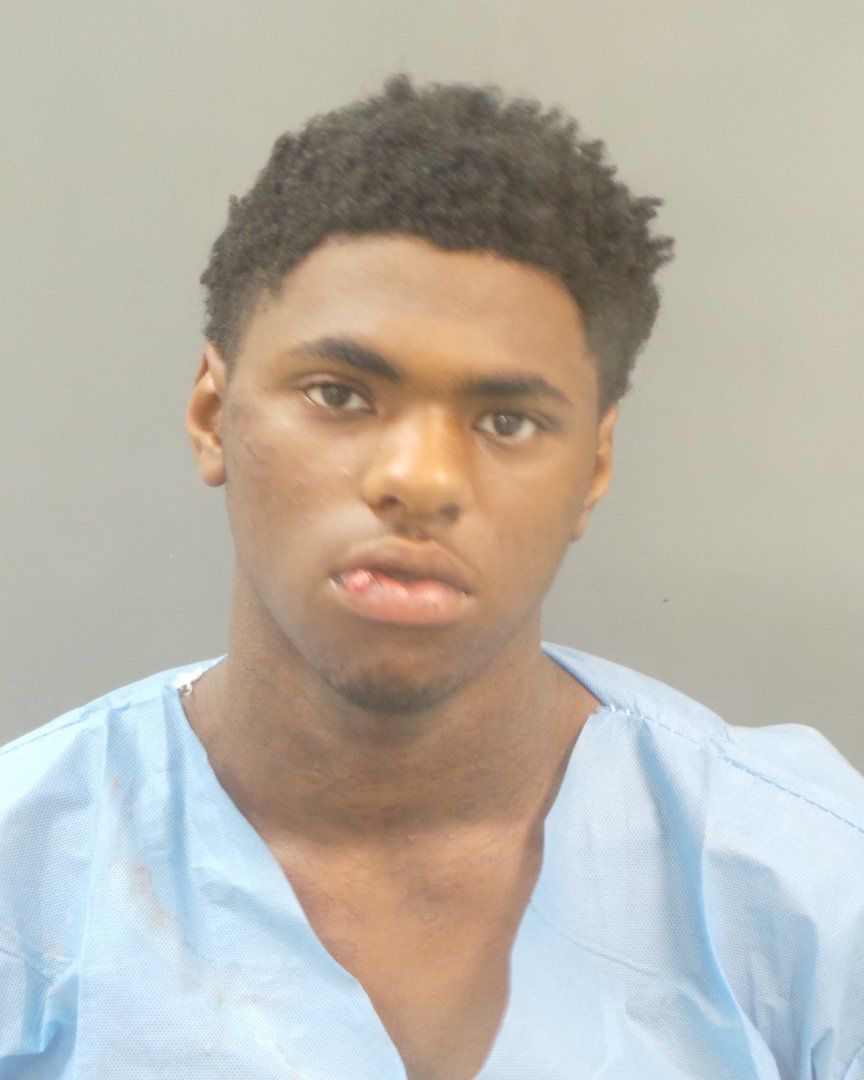 Deandre T. Chaney, 17, of the 80 block of Reasor Drive, was charged with seven counts of first-degree assault, seven counts of armed criminal action, felony fleeing and tampering in connection with a chase in St. Louis on June 22, 2017. An off-duty police officer was injured in a shooting after the chase. 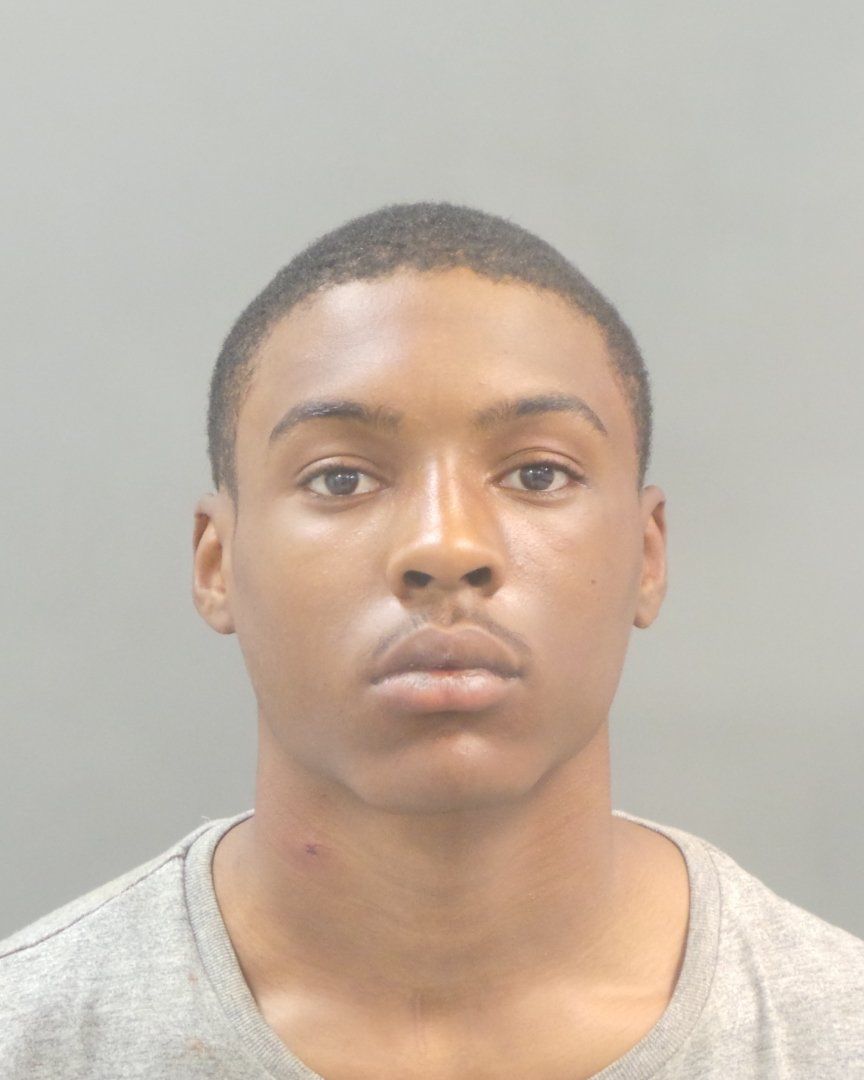 Cortney Smith, 17, of the 10000 block of Seaton Drive, was charged with seven counts of first-degree assault, seven counts of armed criminal action, felony fleeing and tampering in connection with a police chase June 22. An off-duty police officer was shot following the chase.