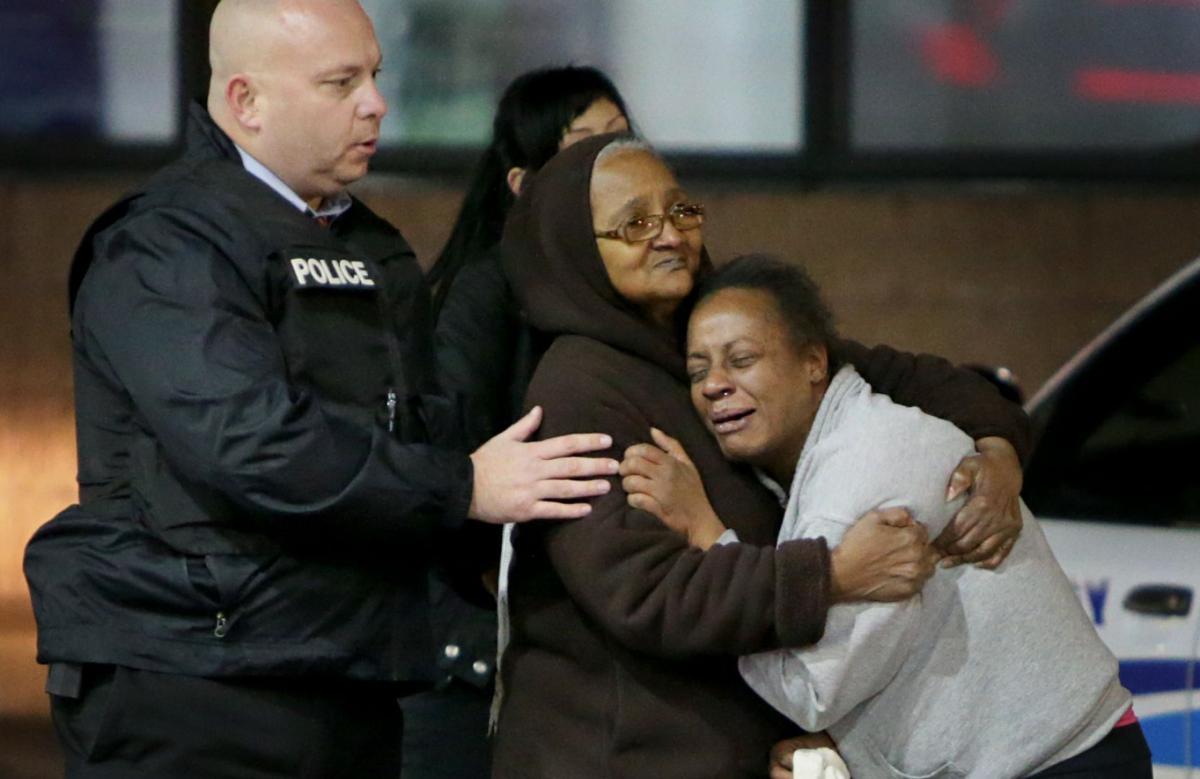 Toni Martin (right) cries out on Wednesday, Dec. 24, 2014, as she talks to police at the scene were her son Antonio Martin, 18, was fatally shot by a police officer. Police say Antonio Martin pointed a gun at an officer on the parking lot of the Mobil gas station on North Hanley Road in Berkeley. Photo By David Carson, dcarson@post-dispatch.com 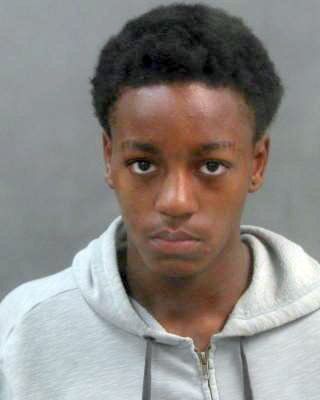 Antonio Martin in a police booking photo from Sept. 24, 2013 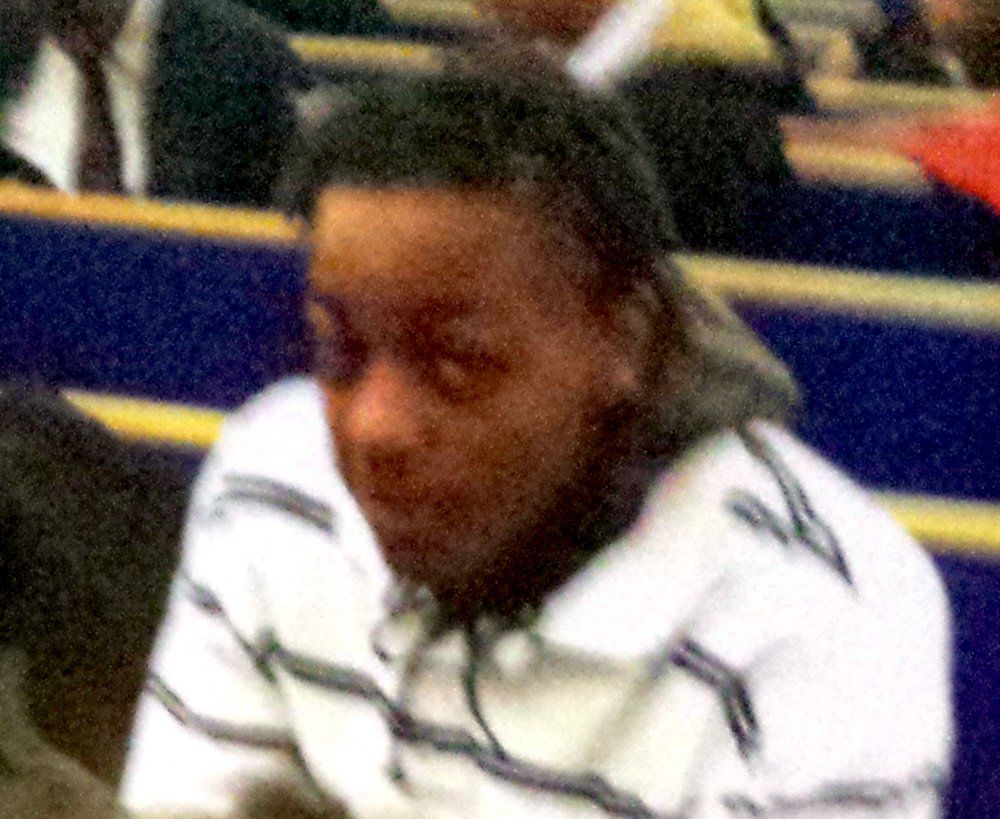 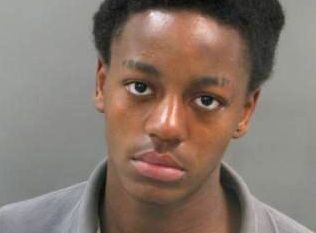 Antonio Martin’s family was in shock Wednesday as more details emerged about the fatal shooting by a Berkeley police officer of the 18-year-old they described as a nonviolent person.

“This doesn’t make any sense for them to kill my son like this,” Toni Martin-Green said early Wednesday in an interview at her home near the University of Missouri-St. Louis campus. “I am trying to be calm.”

She said initial video provided by police didn’t offer enough information to answer her questions. It appears to show Martin pointing a gun at a police officer seconds before the officer fatally shot him.

According to St. Louis County police, the officer fired at least three shots at Martin, who pulled a gun on him at 11:15 p.m. Tuesday at a Mobil on the Run gas station at 6800 block of North Hanley Road.

Martin-Green, who is married to Antonio’s stepfather, Jerome Green, said Antonio was the oldest of their four children.

“He’s like any other kid who had dreams or hopes,” said Green. “We loved being around him. He’d push a smile out of you.”

Green described his son as a “follower” who took medication for being hyperactive.

“It was hard for him to focus,” Green said.

Martin grew up mainly in the Hyde Park area of north St. Louis before moving with family to unincorporated St. Louis County a few years ago.

Martin attended high school in Jennings before dropping out and had also been enrolled in the federal Job Corps program for a time. He last worked at White Castle and wanted to go back to Job Corps, his father said.

St. Louis city police arrested him at least twice in 2013, for third-degree assault and larceny.

Berkeley police arrested him in May for armed criminal action, unlawful use of a weapon and and armed robbery. St. Louis County Prosecuting Attorney Robert P. McCulloch’s office has not charged him following that arrest.

In the first case, the victim said Martin and another man had punched him. A teacher at the school where the assault took place in the 4300 block of Goodfellow Boulevard told police she saw the two men attack the victim on Sept. 24, according to court records.

Martin was charged Oct. 8 with third-degree assault for that case.

On Oct. 20, a woman told police that Martin had stolen her purse in the 4600 block of Gravois Avenue. The circuit attorney charged Martin with misdemeanor stealing on Oct. 21.

He pleaded guilty to both charges on Nov. 4; St. Louis Circuit Judge Theresa Counts Burke sentenced him to 30 days in jail.

Martin’s parents acknowledged that their son had been arrested and had “stumbled in the past.”

“In the last year, he was really trying to find who he was. He was ready to take the world on,” the father said. “He knew he had parents who loved him. He had that support.”

“He was not a violent person, to our knowledge,” he added. “Around us there weren’t any pistols. It’s hard to believe that.”

His grandmother, Margret Chandler, was also in disbelief.

“When he was around me, he knew to do right,” she said. “Why would he pull out a gun against the police? That’s the thing I don’t get. It just doesn’t add up.”

Stephen Deere of the Post-Dispatch contributed to this report

Police in riot gear stood on steps of the cathedral as churchgoers arrived for a midnight Mass.

The suspect, 18, was "known" to police for weapons and assault charges; the officer, 34, is a white 6-year veteran of the department.

St. Louis region on edge in wake of fatal police shooting in Berkeley

The suspect, Antonio Martin, 18, was 'known' to police for weapons and assault charges; the officer, 34, is a white six-year veteran of the department.

A night of protest: from Berkeley to the Basilica

Toni Martin (right) cries out on Wednesday, Dec. 24, 2014, as she talks to police at the scene were her son Antonio Martin, 18, was fatally shot by a police officer. Police say Antonio Martin pointed a gun at an officer on the parking lot of the Mobil gas station on North Hanley Road in Berkeley. Photo By David Carson, dcarson@post-dispatch.com

Antonio Martin in a police booking photo from Sept. 24, 2013