ST. LOUIS — Even during normal times, victims of domestic abuse often struggle to get help, unsure where to turn and afraid of the consequences.

That’s why people who answer crisis lines understand that when a caller acts as though she is checking on a family member or having a casual conversation with a friend, her abuser is likely within earshot.

“Our staff is alerted to that,” said Susan Kidder, executive director for domestic services provider Safe Connections. “We can ask yes-or-no type questions to figure out her level of safety and figure out what we can do to help.”

These are not normal times. People are being urged to stay home to avoid catching or spreading the potentially deadly coronavirus. But what happens when home isn’t a safe place? When school, work or other activities that offered respite no longer are available?

“The isolation that comes with this particular virus is especially devastating for women living in violent homes,” said Jessica Woolbright with St. Martha’s Hall shelter for women and children, which has seen more calls from women seeking help from escalating abuse. “They don’t have that little bit of connection that can lead to safety because of the social isolation that is required right now.”

The pandemic has brought on added layers of financial stress, increased alcohol consumption, children underfoot and a spike in gun sales that can also increase the likelihood of violence in abusive relationships, advocates say.

St. Louis County and St. Louis city leaders have extended shelter-in-place orders until at least the middle of May to prevent a resurgence of coronavirus cases. Missouri also extended its order to May 3, and Illinois is likely to extend its April 30 target.

Safe Connections saw a 19 percent increase in calls to its crisis hotline in March, when stay-at-home orders went into effect, compared to March of last year, Kidder said.

Some area law enforcement agencies are also reporting an uptick in calls about domestic disturbances, which typically involve situations where fighting has escalated.

A check with St. Louis County Police revealed that calls in March and the first two weeks of April are 17% higher than during the same time last year. St. Charles County Police report a 64% increase. The Jefferson County Sheriff’s Department says its domestic assault cases, where officers have opened investigations, increased 43% in March compared to March last year.

But advocates say the numbers still don’t tell the whole story of the severe danger hiding inside homes for those they call “survivors” of abuse rather than “victims.” Survivors are often women, but not always.

“We continue to have enormous concerns about the calls that are not getting to us,” Kidder said. “When survivors are in lockdown with their abuser, the opportunity for them to find a safe, quiet space away from their abuser to make those calls for help is really challenging. … That just causes five-alarm concern on our part.”

Calls to the Missouri Child Abuse and Neglect Hotline are down 50%, officials say, averaging just 335 calls per weekday as teachers, social workers and doctors mandated to report signs of abuse have less contact with children.

When survivors come to an emergency room or clinic with injuries, that can be an opportunity to intervene. But those chances are also limited, said Christine Rupp, domestic violence program director at Bridgeway Behavioral Health. “For many women, the fear of contracting the coronavirus may stop them from seeking out medical care after experiencing physical abuse, particularly if they have underlying health conditions.”

Because of the fear of catching the virus, survivors might not call police. They may stay in abusive homes rather than escape to a shelter where several families are living together.

“We may never hear from those women, which is the scary part about this isolation,” Woolbright said. “That is the hard part, knowing that there are so many women who need help right now, and there’s nothing we can do.”

Shelter beds are harder to come by as shelters have been encouraged to thin their numbers as much as possible, Woolbright said. Providers are between a rock and a hard place.

“We are trying to find a balance between still providing our life-saving services, while protecting our staff and women we have in the shelter,” she said. “Typically, we are trying to house as many women and children as we can, but we cannot safely do that at this point. But if we are not bringing women into the shelter, they are still at risk, and their children are at risk.”

Woolbright’s shelter has nine bedrooms, usually used to house about 25 women and children. She has set aside two bedrooms adjoined by a bathroom as “quarantine rooms” in case a resident gets sick.

The two rooms have remained empty, but she feels she has no other choice.

“If one person comes down with symptoms, it would spread like wildfire throughout the shelter,” she said. “We feel like we are in a lose-lose situation right now.”

St. Martha’s Hall shelter for women and children set aside two of its rooms with adjoining bathrooms as quarantine rooms in case a resident ge…

More than a dozen staff members are usually at St. Martha’s during the day, providing counseling and support services for families, Woolbright said. Now those services are handled remotely. One staff member is there at a time, and that time is mostly spent cleaning and disinfecting.

ALIVE places survivors in motel rooms when space is not available at a shelter, or when the family has older male children. The agency has had to limit the numbers they can help because motels are closing and its staff is struggling to get food to the families, said director Maggie Menefee.

“We are asking them not to leave the motel and go out,” Menefee said. Without the agency’s usual ability to place bulk orders and pick up donations from cafes, she and her staff spend their time combing grocery stores for microwaveable meals and disposable plates and utensils.

“We are constantly running around trying to figure out how to get people fed,” she said.

Bridgeway operates two shelters in St. Charles and Lincoln counties. Combined, the shelters provide a total of nine bedrooms that normally can serve up to 33 women and children, with single women typically sharing a bedroom with others.

Now, sharing rooms is no longer allowed, Rupp said, which limits how many they can help.

Shelter providers say it’s also harder for women to leave shelters and open up space for others as jobs and permanent housing assistance are harder to find.

“Resources for safe housing for clients who are ready to transition out of the shelter are now more limited as many programs are not accepting new tenants at this time,” Rupp said. “Additionally, child care is difficult to secure, which prevents survivors from being able to obtain work.”

At the Kathy J. Weinman Shelter, the largest shelter in St. Louis County with a maximum occupancy of 41 people, the number of residents has dwindled to six, said director Teresa Quarles.

Quarles is unsure why. She guesses that women are facing a difficult choice between struggling at home or dealing with the unknown.

“This is so new for everyone. No one has ever experienced this,” she said. “It’s just a scary thought of leaving your home and coming into a situation with community living and such a contagious virus going on.”

Because it’s harder for survivors to reach out for help, advocates ask family, friends and neighbors to be vigilant.

“This is really a community call to action for people who see something or hear something or just have that intuitive feeling that something isn’t right, to call a crisis helpline,” Kidder said. “We can help them navigate through what options they have to help.”

Many service providers also have ways to contact advocates through their websites, but they warn survivors to delete their browsing history.

For survivors who are unable to leave their homes, advocates can guide them through plans on how to stay as safe as possible — such as finding a place where they can barricade themselves, coming up with a code word that prompts a family member to call police or turning on a light to signal neighbors, said Angela Broadnax, a crisis intervention advocate with the YWCA Metro St. Louis.

Broadnax said the YWCA also has a new rapid housing program, thanks to a federal grant, that helps survivors bypass shelters and get permanent housing right away. “It’s an important part of getting people safe,” she said. “We are working hard to get people to know about it. We’ve only had the grant for just a few months.”

Advocates can also help survivors navigate the different ways orders of protection are now filed at courthouse, she said. Some provide stations to fill out paperwork, while others have a drop box.

Woolbright said her staff encourages women who fear they are in danger but can’t find time alone to talk with advocates, to call the police. That’s only if the repercussions don’t place them in more danger.

“It might be their only way to access any sort of resources at this time,” she said.

Anyone with concerns about a child can call the Missouri’s 24-hour Child Abuse and Neglect Hotline at 1-800-392-3738. Calls help connect families to needed support and resources. Callers can remain anonymous.

Below is a list of 24-hour crisis lines offered by area domestic violence advocates than can help with services such as shelter, safety planning and filing an order of protection. Friends and family are also urged to call if concerned:

A Missouri man is charged with bringing a gun to the Jan. 6 attack on the U.S. Capitol. Investigators say he lost the gun on the day of the riot, and they traced it back to him. 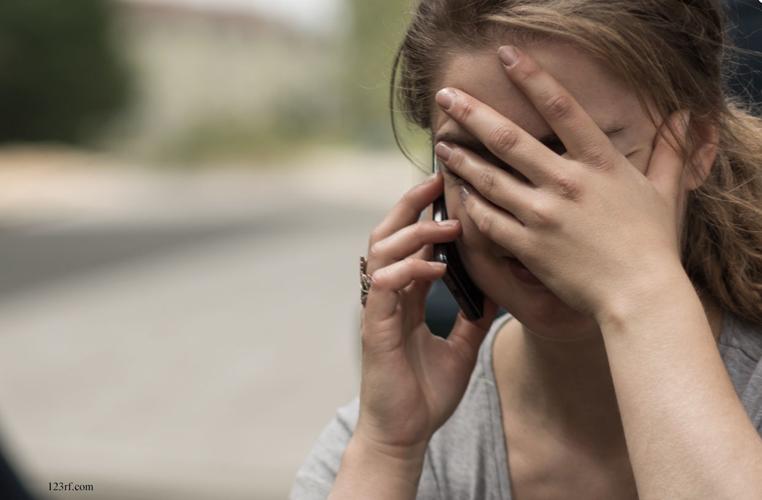 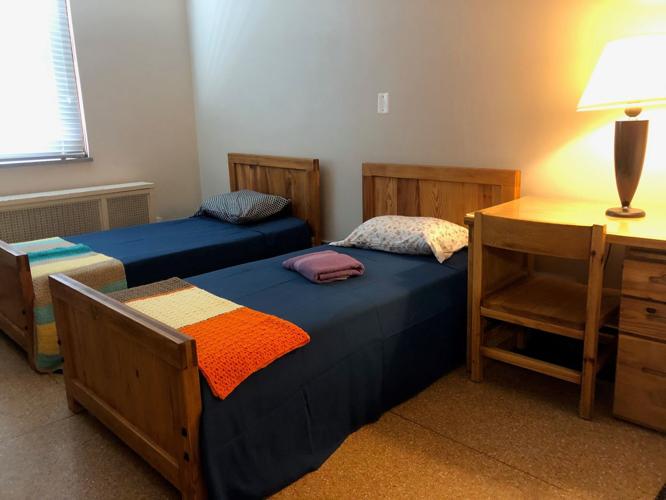 St. Martha’s Hall shelter for women and children set aside two of its rooms with adjoining bathrooms as quarantine rooms in case a resident gets sick. Photo courtesy of St. Martha’s Hall.