MADISON — A Metro East man was charged with animal torture on Tuesday after a dog covered in chemical burns was brought to the police station days earlier.

Rodney W. Johnson, 45, of Granite City, sprayed a corrosive substance on the dog, Madison County prosecutors said. The dog, a Maltese mix named Charlie, wasn't taken to the vet for two days before a friend of Johnson's brought the dog to police on Thursday.

"It completely ate away at the dog's skin," Madison city Detective Kyle Graham said, adding that investigators believe the burns were intentional. "This is an ongoing investigation, but I will say it was done out of anger."

Charlie has serious injuries to his face and body and was handed over to a rescue for emergency care. Veterinarians initially feared that Charlie would not survive, but noted some improvement to his condition. Surgeons managed to close a wound on his leg.

"The images depicting the injuries to Charlie are heartbreaking and truly disturbing to look at," Madison County State's Attorney Tom Gibbons said in a statement.

In addition to animal torture, Johnson also was charged with aggravated cruelty to animals. He was being held on $40,000 bail. 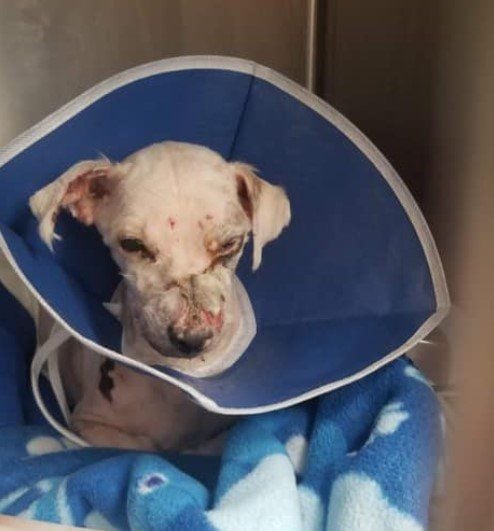 Charlie, a Maltese mix, suffered chemical burns on his face and body. He was taken to Madison police on Feb. 6, 2020. Image courtesy of the Madison Police Department 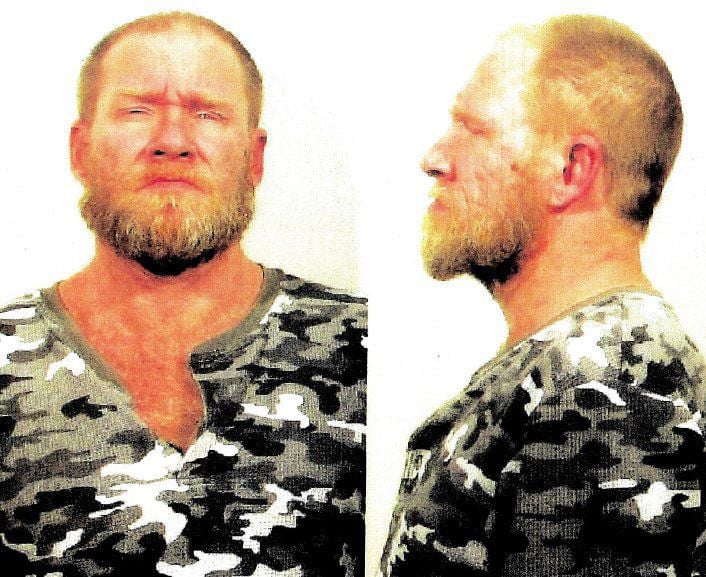 Rodney W. Johnson was charged Feb. 11, 2020, with animal torture after a dog with chemical burns on its body was brought to police. Photo courtesy of Madison police.