ST. LOUIS COUNTY — A police vehicle was chasing a car on Interstate 170 last week before the car crashed, killing the teenage driver and injuring passengers, according to one passenger and documents obtained by the Post-Dispatch.

“Nobody came,” she said.

Bel-Ridge police said one of its officers was following Leggitt’s car but exited the interstate before the accident and he did not realize a crash had occurred, the police chief said.

Leggitt’s friend, Lacey P. Schoster, 18, of St. Charles, was thrown from the car and killed in the Nov. 1 wreck. Leggitt and another passenger, Lucas Guilfoy, 18, walked to a gas station in Berkeley to call for help, Leggitt said.

The Missouri Highway Patrol has been investigating Leggitt’s claim about a chase and had been checking with area police agencies to see if they were involved.

On Friday, after an inquiry from a reporter, Bel-Ridge Police Chief Mark Harris said he reviewed dash-cam video and other logs from that night and found no record of his officers being involved.

However, Harris said he later spoke with the sergeant who was on duty that night who confirmed he had tried to stop a car that was going 90 mph with its headlights off on Nov. 1. But because the department allows police chases only in felony cases involving crimes against a person, the officer stopped the chase and exited the interstate on Scudder Avenue, Harris said.

Scudder is south of the Airport Road exit where three Berkeley police officers had pulled over a suspected drunken driver and saw a black police car chasing a Dodge Neon in the far left lane, according to a document obtained by the Post-Dispatch.

Harris said in an email that he could not follow up with his officer Friday about the discrepancy. He earlier had said that there was no dash-cam video of the events because the officer had turned off his dash cam following an earlier stop.

Leggitt admitted this week that, at first, she lied to Berkeley officers when they arrived at the gas station, telling them she and her friends had been carjacked. And she acknowledged that she might not know what happened immediately after the crash — she said she was briefly unconscious and still has a foggy recollection about parts of the evening.

The crash happened at about 11:30 p.m. Nov. 1 on northbound Interstate 170. Schoster, who was driving Leggitt’s 2001 Neon, tried to take Boeing exit 9B, but missed, drove down an embankment and the car overturned, Leggitt told police.

Schoster had not been wearing a seat belt, police said, and was thrown from the vehicle.

Leggitt said a fourth person in the car, a boy named John, walked away from the crash site. He was not mentioned in the patrol’s brief online report. Leggitt has not heard from him since, said Leggitt’s mother, Rachel Kozma. Kozma said she doesn’t know John or his last name.

Leggitt said she urged Schoster to pull over.

But Schoster had warrants out for her arrest, so she kept driving, Leggitt said.

Relatives of Schoster did not return messages seeking comment for this story. The two other passengers in the car could not be reached.

A few minutes into the pursuit, “she lost control and flew off the highway,” Leggitt said.

Leggitt lost her cell phone in the crash, her mother said, so she walked for help.

At the gas station on Airport Road, Leggitt told Berkeley officers that the car was being chased by police, that she had been driving the car herself and that she and Guilfoy had been carjacked that night by two men at a gas station on Kingshighway in St. Louis, the documents showed. She later changed her story, telling a different version to the Highway Patrol and the Post-Dispatch.

Kozma said there was never a carjacking.

“The kids lied at first because they were scared,” Kozma said. “But (Lacey) did refuse to stop the car.”

Leggitt has a shattered wrist and some cuts to her face and head, Kozma said.

The incident has left Kozma and Leggitt angry with police.

“My biggest concern,” said Kozma, “is why didn’t they stop or go back or call for help when they saw this car fly off the highway?”

In 2018, two St. Louis County police officers who were involved in a fatal pursuit were fired after, the county police chief said, they “misled” investigators and “discredited” themselves and the department. 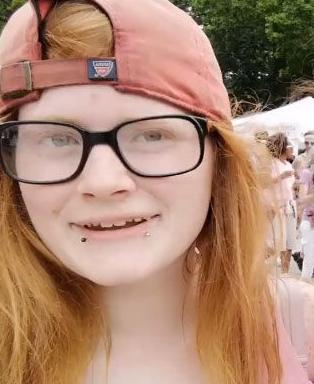 Lacey Schoster, in a family photo 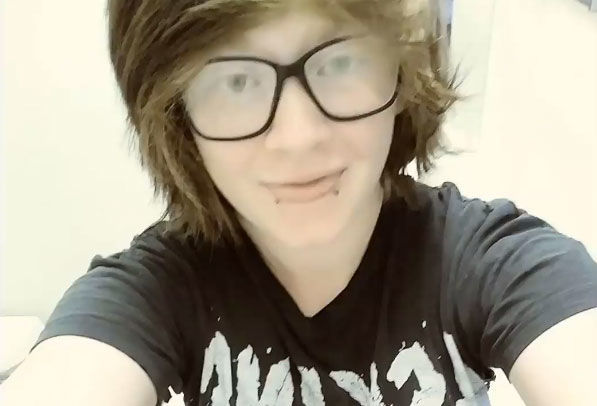 Lacey Schoster, in an undated photo