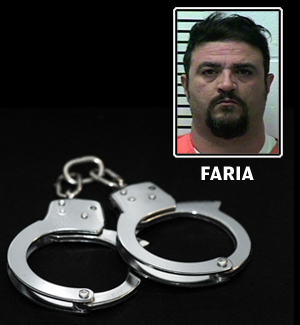 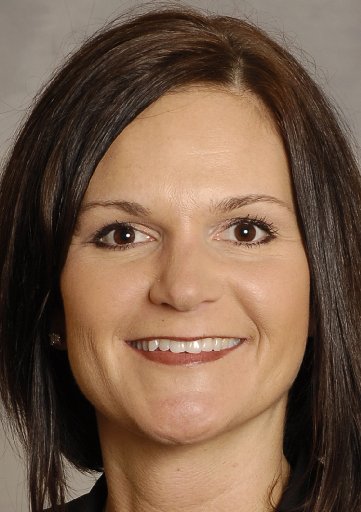 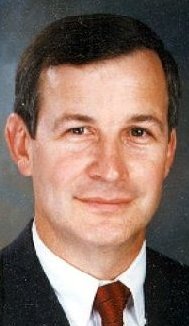 Dan Dildine is a circuit judge in Lincoln County.

LINCOLN COUNTY • A massive bond reduction for a jailed man accused of stabbing to death his terminally ill wife has come under fire from County Prosecutor Leah W. Askey.

Until a hearing on Tuesday, Russell Scott Faria, 42, was being held in the Lincoln County Jail in lieu of $1 million cash-only bail. But Circuit Judge Dan Dildine lowered Faria's bail to $250,000, with surety allowed; a bail bondsman can post 10 percent of the bond, $25,000, and Faria would be released.

“I was dumbfounded, to be honest,” said Askey. “I can't even articulate what I was thinking other than 'You've got to be kidding.'”

The court action has had little effect so far. Faria is still in jail, and, according to his attorney, Joel Schwartz, he won't be getting out anytime soon.

Elizabeth “Betsy” Faria, 42, was found stabbed to dead Dec. 27 in her home in an unincorporated area of Lincoln County. Police say Faria stabbed his wife more than 50 times with a knife from the kitchen.

Faria was arrested in January, one day after his wife's funeral. He is charged with first-degree murder and armed criminal action in her death.

A friend told police that Faria, who was battling liver cancer, was planning to remove her husband as the primary beneficiary of her insurance policies, estimated to be worth between $300,000 and $400,000.

Schwartz said he requested the hearing and had hoped the judge would grant an even lower bond.

Askey, who has been in office for about 18 months, said in that time, she has filed about a dozen charges of either murder or manslaughter, and none of the accused have been released prior to their case going to trial or a plea being entered.

She said the reduction is especially troubling in Faria's case because it is the only one she has handled that meets the criteria for the death penalty, even though she is not seeking it in this case.

“I would argue that he is a threat to society, and the heinousness of the crime just in general should preclude him from being able to intermingle with the rest of us,” she said.

Betsy Faria's mother, Janet Meyer, said she was at the hearing, and family members wanted to make a statement objecting, but Dildine did not allow it.

“We were terribly disappointed, and thought this was very unfair of the judge,” she said. “It was a terrible, terrible update to get.”

Schwartz said Faria does not have the means to pay the lower bail.

“People are upset about the bond being reduced, but what everybody should be upset about is that there's a murderer out there running loose, and they've charged the wrong person.”

Dildine could not be reached for comment. The murder case is set for trial at the end of November.

Elizabeth "Betsy" Faria was planning to take her husband off her insurance policy, court documents say.

LINCOLN COUNTY • One day after friends and family paid their final respects to Elizabeth K. "Betsy" Faria, police arrested her husband for her…

Body of Elizabeth Faria, 42, was found in her home Tuesday night.

An autopsy will be performed to determine how she died.

Dan Dildine is a circuit judge in Lincoln County.