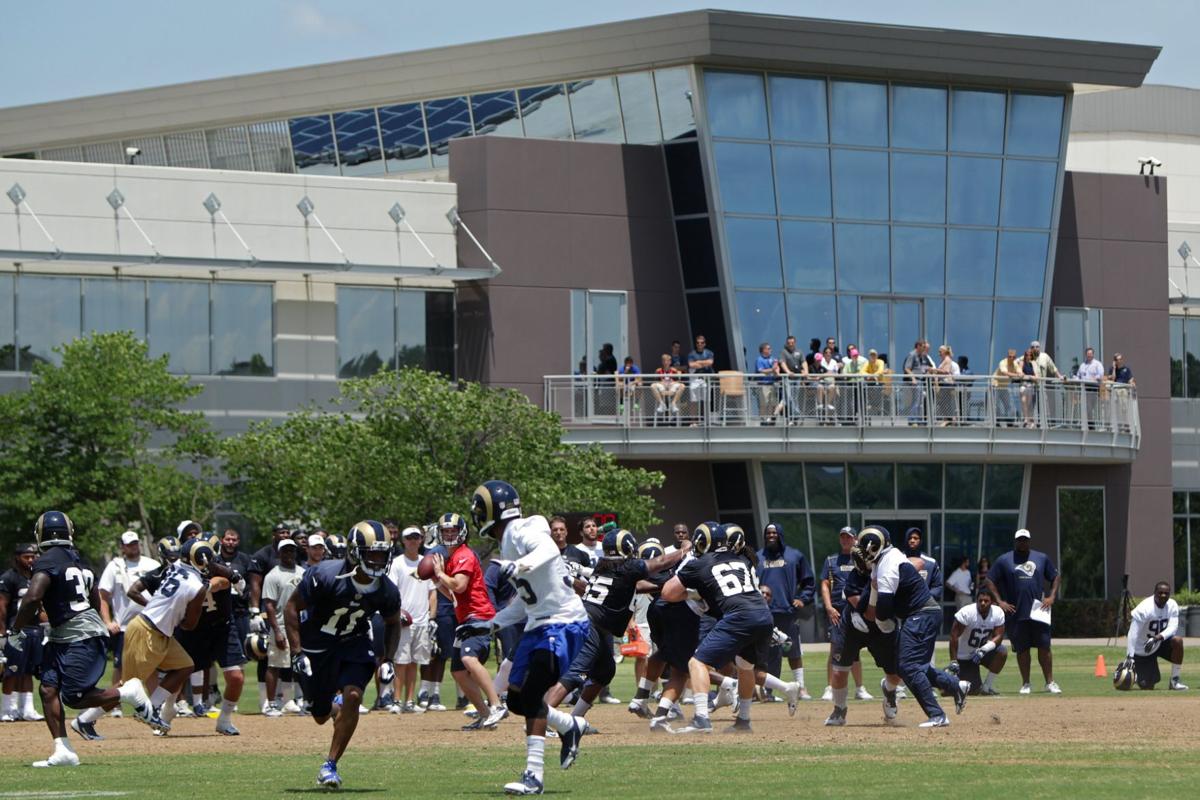 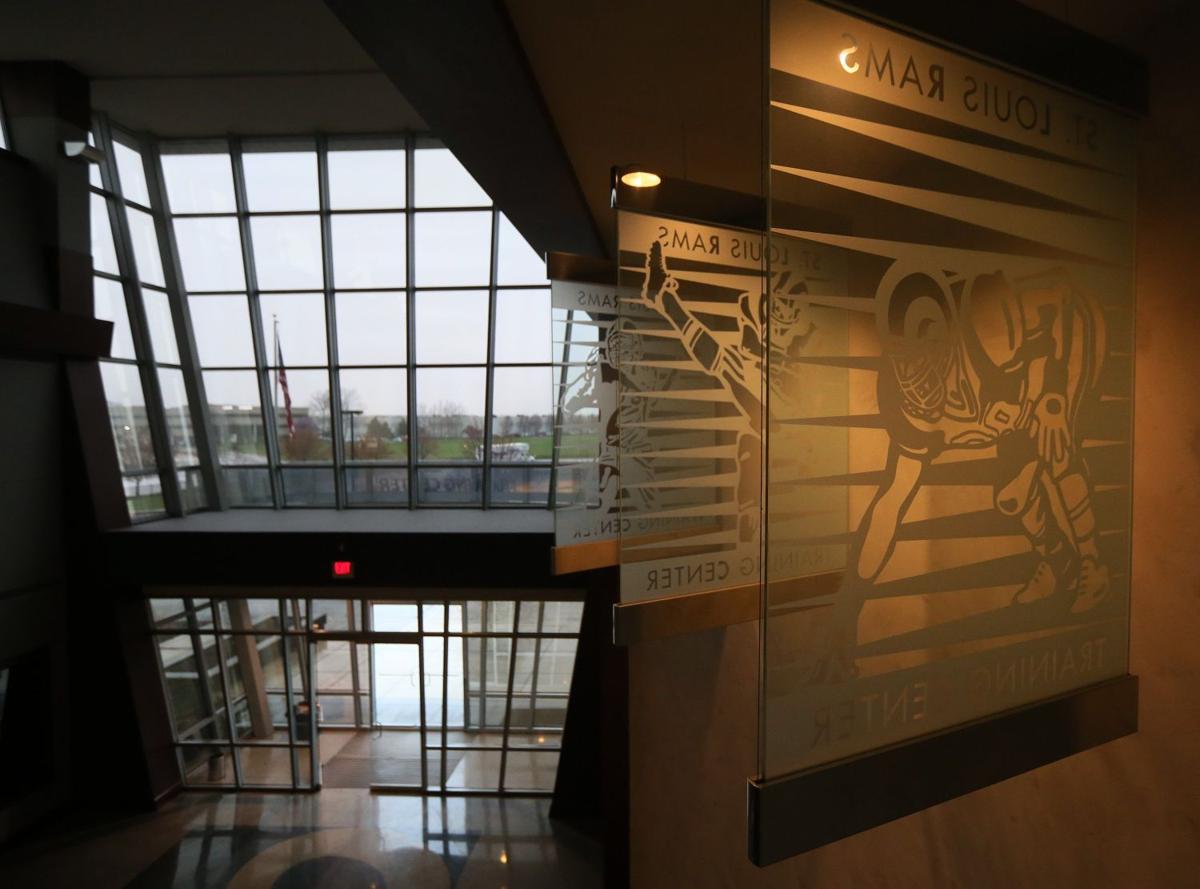 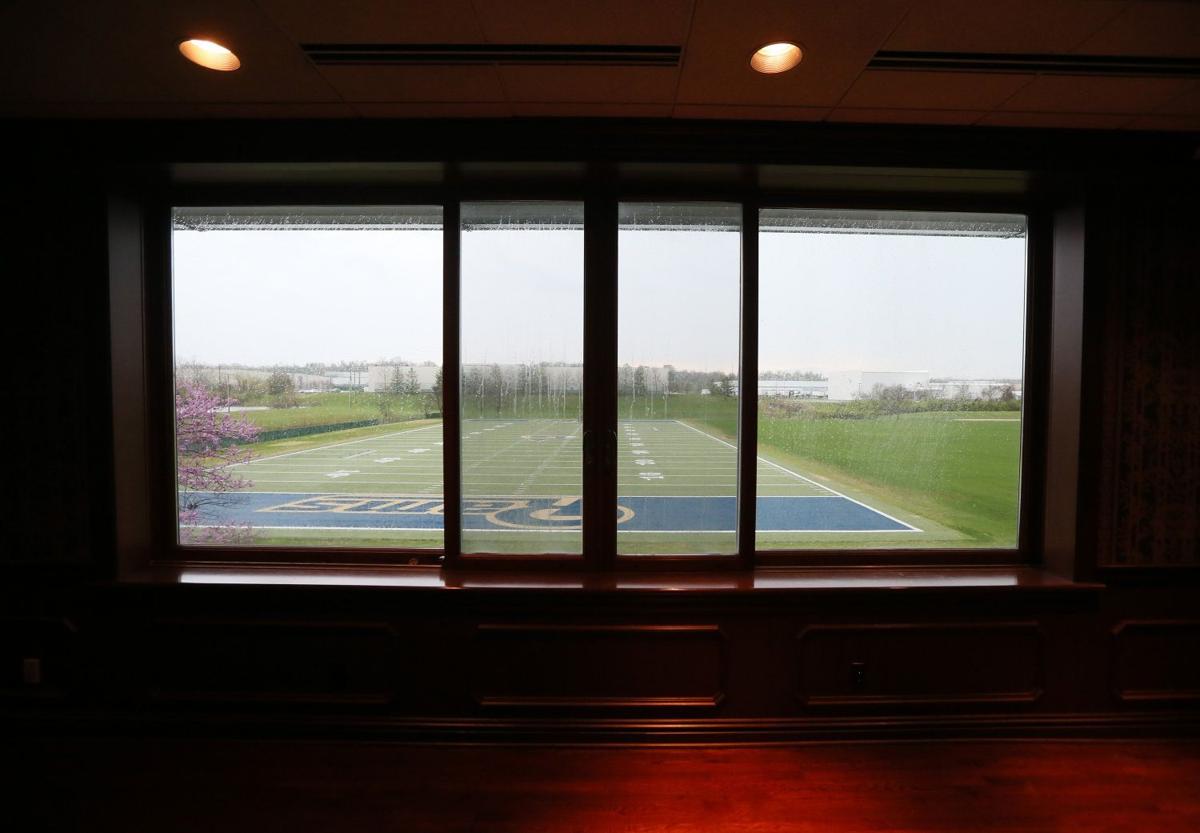 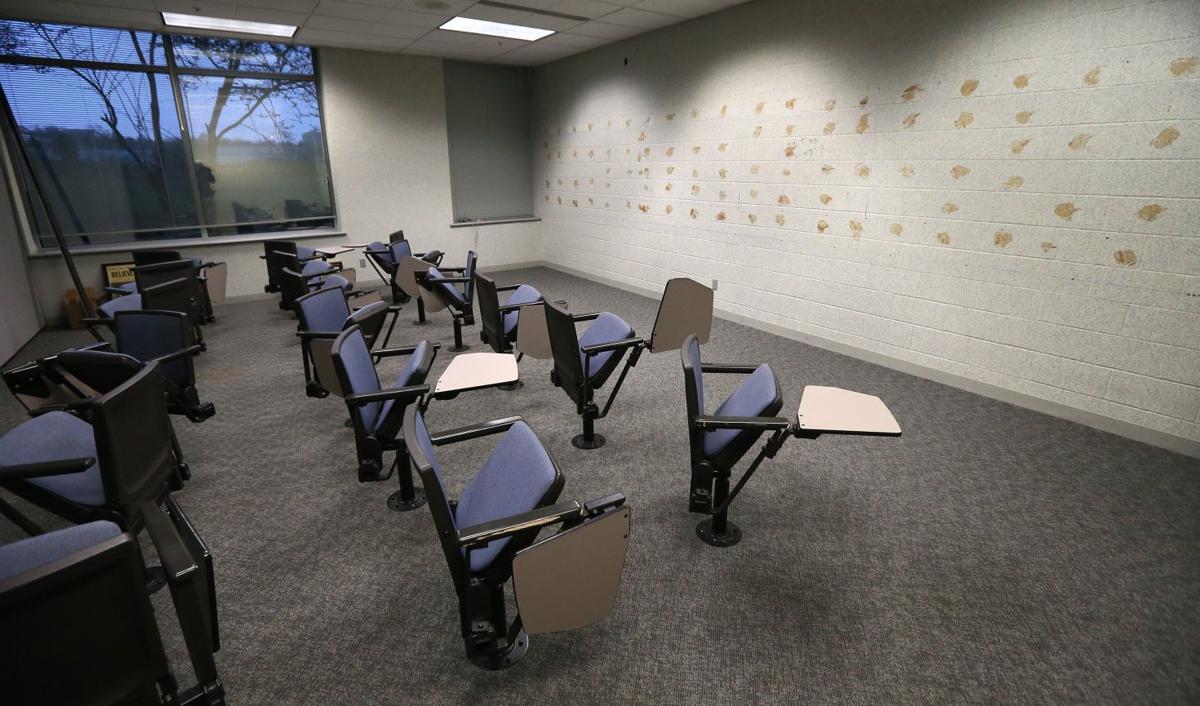 Even the whiteboards were stripped from the walls in the players' meeting rooms at Rams Park on Wednesday, March 30, 2016, in Earth City. Photo by Chris Lee, clee@post-dispatch.com 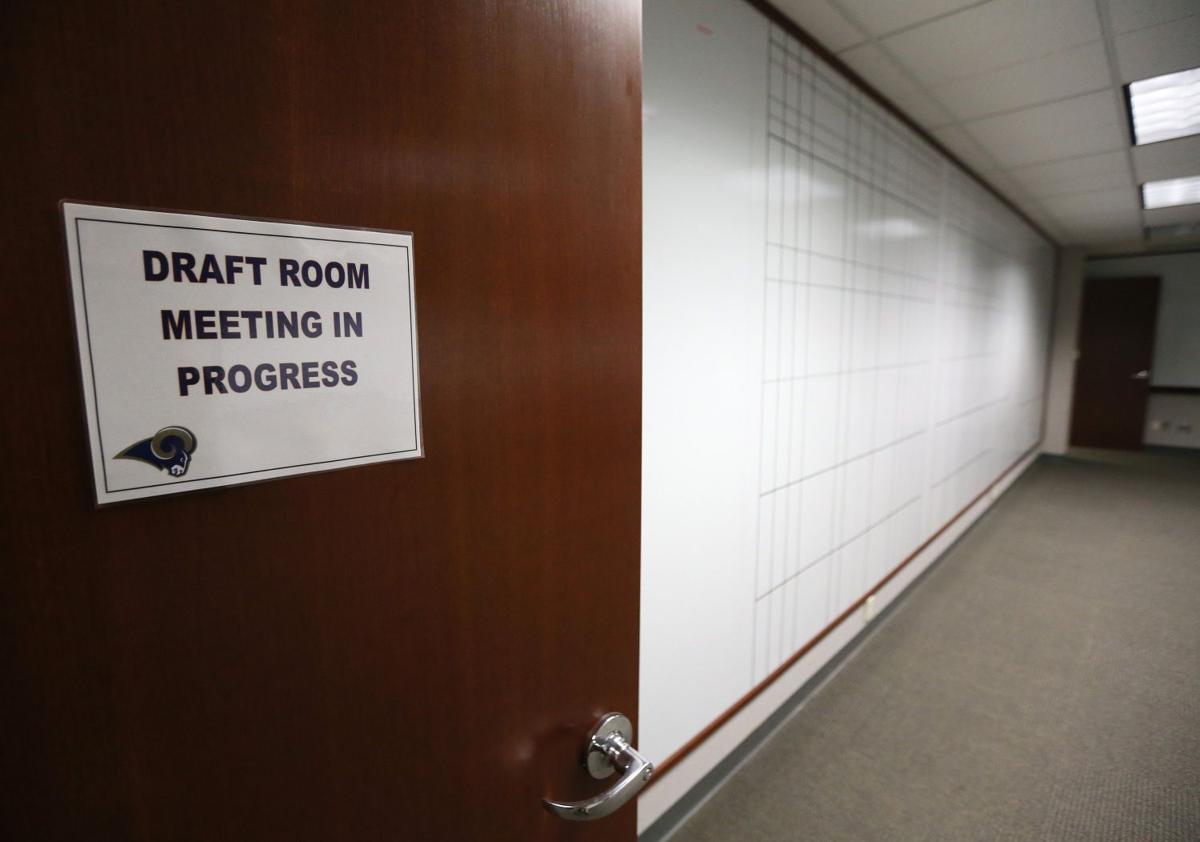 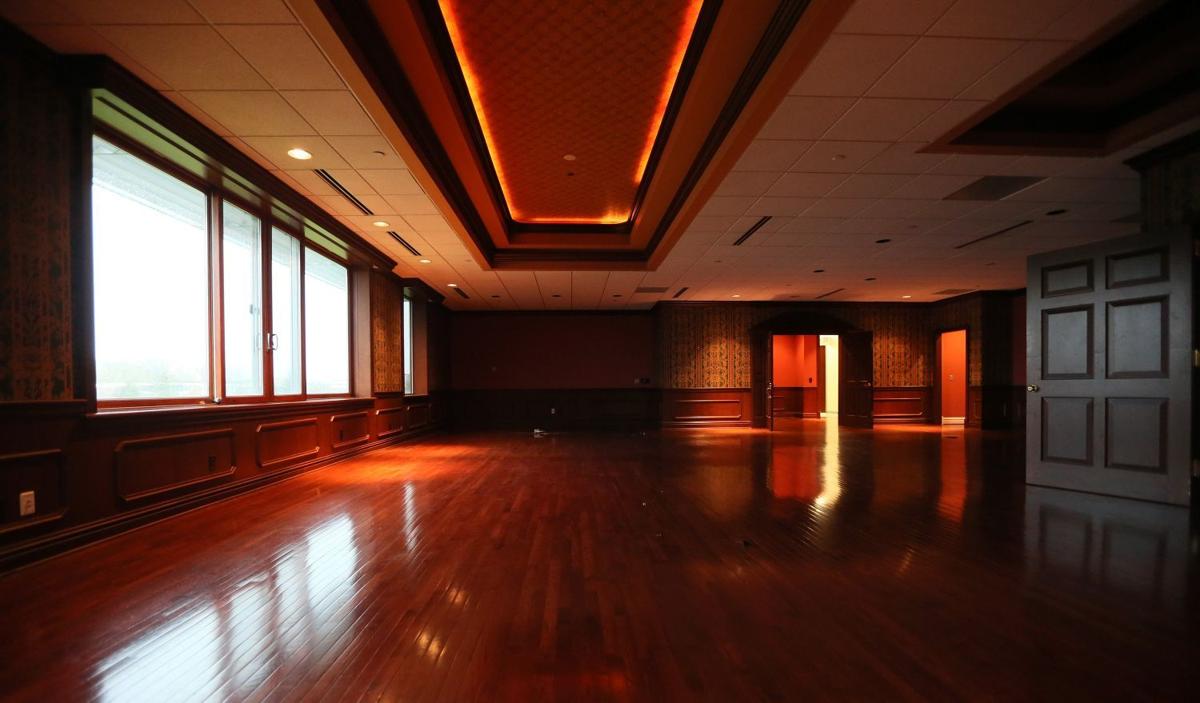 BEVERLY HILLS, Calif. • The deal that allowed the Rams to leave St. Louis has now given the team a parting gift — its 27-acre practice facility in Earth City, worth at least $12.7 million.

An arbitration panel ruled on Wednesday that an option in the Rams training camp lease allows the departed National Football League team to buy the buildings, fields and grounds from the public in 2024 for just $1.

The sports complex authority, a public agency supported by St. Louis, St. Louis County and Missouri taxpayers, owns the Dome at the America’s Center, where the Rams played, and the practice grounds, then called Rams Park. It leased the park to the team for $25,000 a year.

That property, which also housed team offices, was once appraised by St. Louis County for nearly $19 million. But building values dropped, and it was appraised in 2019 for $12.7 million.

The park was vacant for about a year. In 2017, the youth soccer program Lou Fusz Athletic leased the land from the authority. It rents fields for youth leagues and other programs.

The fight began three years ago. After Rams owner Stan Kroenke blasted the region and NFL owners approved the Rams relocation to Los Angeles, the team invoked an option in the lease that allowed it to buy the facility after its 29th year there.

Shrewsbury argued then that the authority needed to sell the land and refill bank accounts drained by efforts to plan a new riverfront stadium and keep the Rams in St. Louis, which totaled more than $16 million. The authority also needed the money for facility upkeep.

The $1 option would survive a termination, but not an expiration, the authority attorneys argued.

Moreover, they said, the lease gave the Rams the option forever, without an end date — and the law does not allow someone to tie up a property in perpetuity.

The Rams argued that the option survived to 2024, the end of the original 30-year lease, regardless of how the lease ended.

In November of 2017, the Missouri Supreme Court sent the suit to arbitration.

Arbitrators Harriet O’Neill, Kathleen A. Blatz and Edna R. Sussman ruled on Wednesday that the option “survived the ending of the Lease, is valid and enforceable by the Rams, and was timely exercised.”

Moreover, they said, the option itself does not violate Missouri law, as authority attorneys had argued.

They awarded the sports authority about $80,000 in maintenance and repair costs for mold remediation, artificial turf upkeep, computer replacement, and gate, door, camera, window, drywall and bathroom repairs, among other things.

The panel gave the Rams attorneys fees regarding the option, and the sports authority attorneys fees for their work on repair costs, all figures still to be worked out. The ruling is an interim one until those details are final.

This case is one of at least four filed by St. Louis plaintiffs after the Rams left for LA.

A class-action suit on behalf of thousands of personal seat license holders settled in December for $24 million against the Rams. A judge recently granted class-action status to another suit, brought by fans looking to get money back from ticket and merchandise sales.

The last and largest suit, also filed by the sports complex authority, alleges the Rams and the NFL purposefully misled and defrauded the region, among other claims, as the team prepared to move from St. Louis to LA.

“Arbitration is always an uphill battle for the plaintiff,” said Shrewsbury, the authority chair. “It’s really the only lawsuit we’ve lost, or decision that’s gone against us, since this whole thing began.” 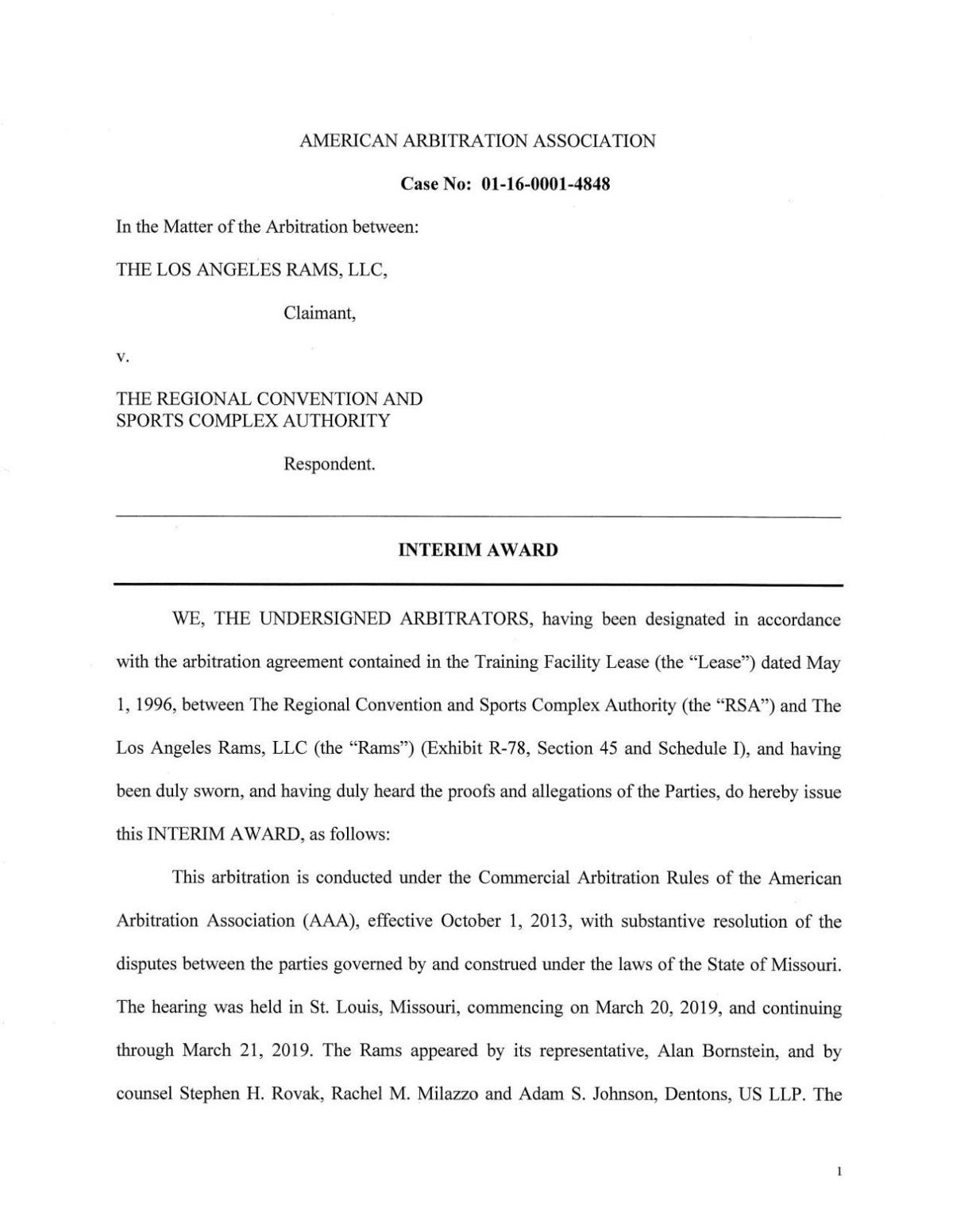 Rams football games are long gone from St. Louis, but the legal ones go on

Now St. Louis’ public stadium authority is on the hook for more than $295,000 in legal fees to attorneys at Blitz, Bardgett & Deutsch, who represented the authority in the fight over the practice fields.

The Rams want the St. Louis Convention & Visitors Commission, managers of the city's downtown football stadium, to pay as much as $12 million in settlement fees, and are taking the commission back to arbitration.

Even the whiteboards were stripped from the walls in the players' meeting rooms at Rams Park on Wednesday, March 30, 2016, in Earth City. Photo by Chris Lee, clee@post-dispatch.com