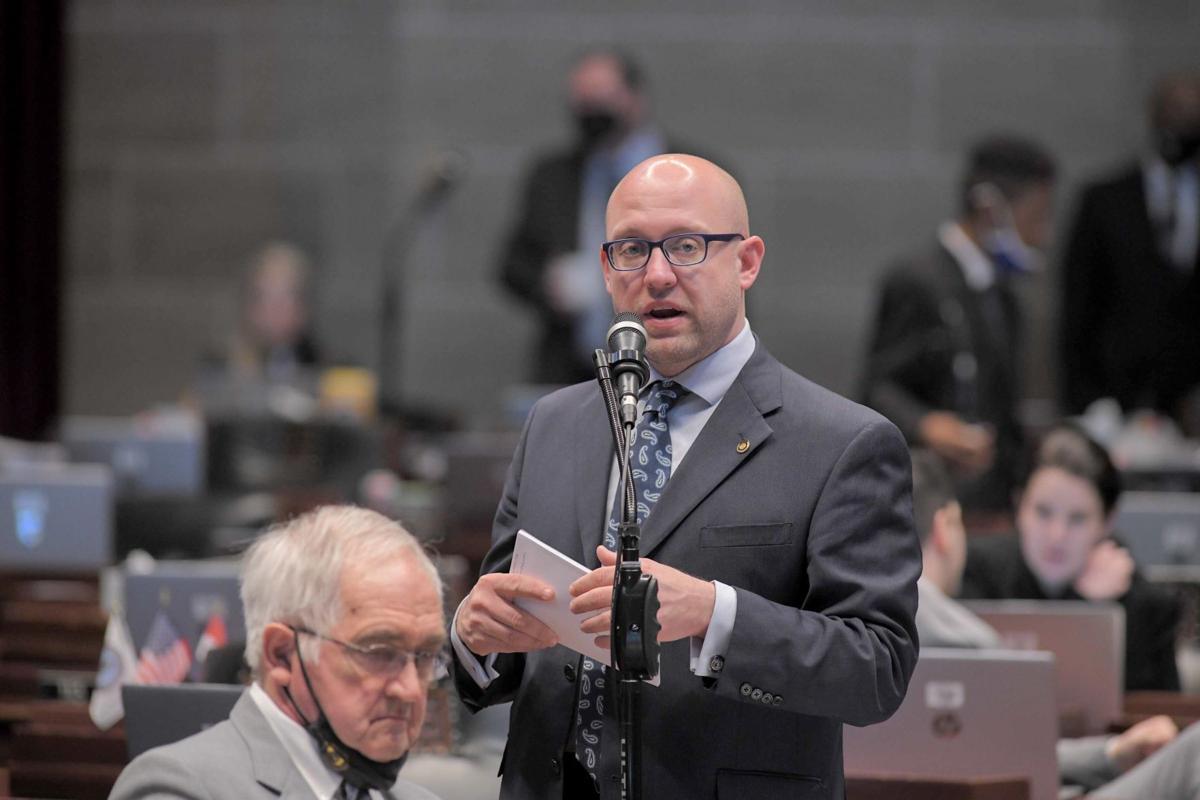 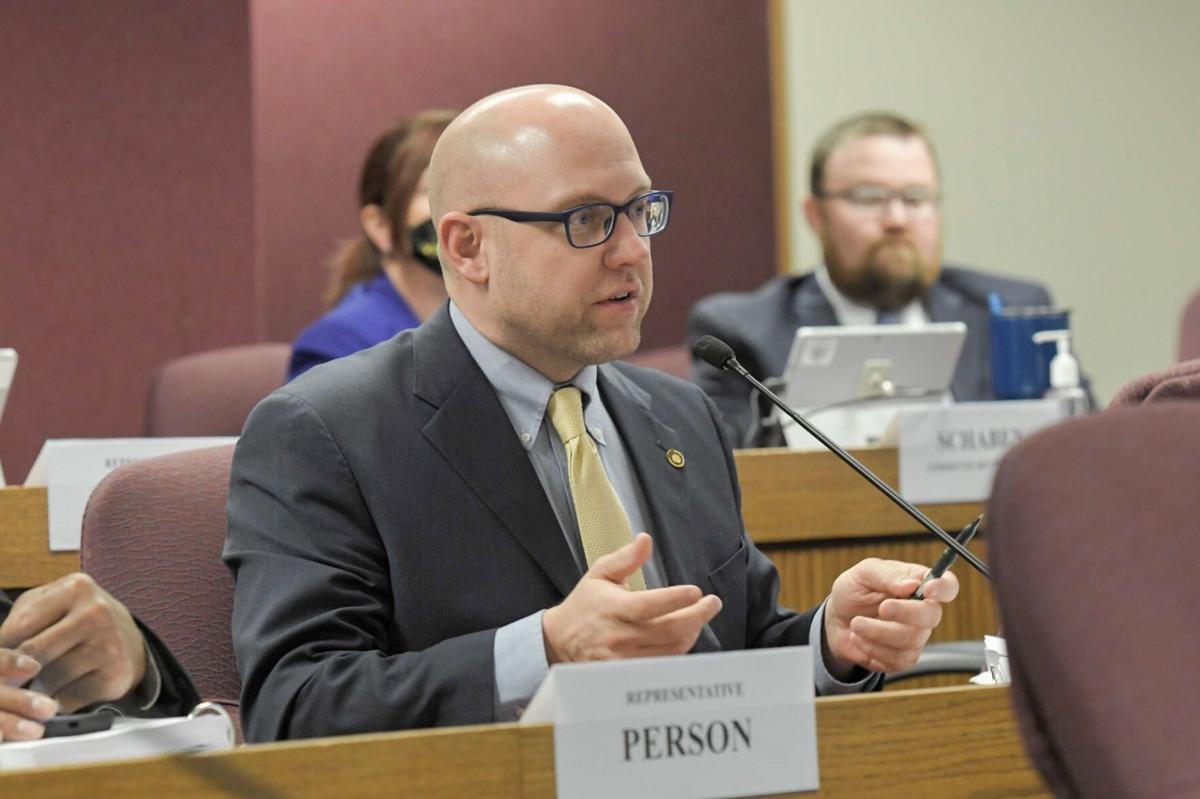 JEFFERSON CITY — A Missouri lawmaker allegedly used his position as a cop to receive a “sexual favor” from an intoxicated teenage girl in 2015 and his boss, the Pike County sheriff, is accused of attempting to obstruct a probe as the deputy ran for a seat in the Legislature last year, the Post-Dispatch has learned.

According to a report obtained from Frankford police Chief Josh Baker in response to an open records request, state Rep. Chad Perkins, a Bowling Green Republican, allegedly accepted “sexual favors from a teenage girl while on duty” as a police officer.

The report said the Pike County prosecutor, as well as state and federal investigators have been alerted to the allegations. The speaker of the Missouri House, Rep. Rob Vescovo, R-Arnold, also has been notified of the incident.

The speaker forwarded the information to the House Ethics Committee.

In an April 19 memo that was attached to the report, Baker writes to Vescovo, and officials working for the Missouri State Highway Patrol, the attorney general’s office and the Peace Officer Standards & Training Program.

“I implore your offices to investigate this ongoing criminal activity,” he said.

Perkins, 42, is a freshman lawmaker who was elected to the northeast Missouri House seat in 2020. He represents parts of Ralls, Monroe, Lincoln, and Pike counties.

Perkins said his relationship with the 19-year-old was consensual and the controversy is the product of a local political feud over his decision to not publicly endorse Baker’s wife in her bid for Pike County assessor in the 2020 election.

“There is no victim. There’s nothing to that. It was just political sour grapes because I wouldn’t help his wife out,” Perkins said.

Among the bills Perkins supported this year is one heading to Gov. Mike Parson’s desk that says a law enforcement officer who engages in sexual conduct with a detainee or prisoner who is in the custody of such officer shall be guilty of a class E felony.

The legislation was designed to curtail police officers from using their power as law enforcement officers to gain sexual favors from people under their control.

The report produced by the police chief of Frankford includes a string of messages allegedly sent between Perkins and the teen, whose name was redacted from the report to protect her identity, discussing when they might meet up for sexual relations.

Detective Joe Minor at the Pike County Sheriff’s Office received the messages in his mailbox anonymously in September 2019, the report said.

In Facebook messages contained in the report, the teen asks, “Working tonight?”

Later, Perkins asks her what clothes she is wearing.

The report said the allegations surfaced when an employee at a local gas station said two girls were in the store in July 2020 “showing people messages between Chad Perkins and the (teen) indicating that he had sex with her while on duty as a Bowling Green police officer.”

The report notes that the incident occurred while Perkins was responding to a call about a drunk teen at the city park.

Perkins, who said he is a “single man,” said his relationship with the teen was consensual.

“There’s nothing to that. Nothing ever happened while I was on duty,” he said. “I live a single man lifestyle.”

“Not going to even say sorry?” she asked.

“Hold on. I’m trying to come up with the right words,” Perkins said. “Jay and I are good friends. So he and I shared a lot of stuff. He told me and I told him. I know that don’t make it right but I’m sorry.”

“Oh but I’m sure you left out the part about us when you were on duty and I was drunk,” she said.

Before his election to the General Assembly, and after he worked for the Bowling Green police department, Perkins was working as a deputy for Pike County Sheriff Stephen Korte. Documents obtained by the newspaper include numerous references to Korte allegedly attempting to block the investigation and creating a hostile work environment in order to assure Perkins was elected to his seat in the House.

“Sheriff Korte informed me that he was aware that Perkins had sexual relations with (the teen). Korte did not want me to investigate the matter further and informed me that we needed to ‘Do everything we can to get Chad elected,’” the report said.

Baker’s attempt to find other law enforcement agencies to pick up the case ran into roadblocks.

The U.S. Department of Justice responded to one inquiry by saying the statute of limitations had run out on the alleged crime.

In an email exchange, Sirena Wissler, civil rights coordinator for the Justice Department’s St. Louis office, told Baker “there are a lot of moving parts to this.”

“As you are aware, this issue is sensitive and will be undoubtedly be viewed as ‘political,’” Wissler wrote in an August 2020 email. “It is complicated by the fact that we cannot be assured that the victim (to the extent there is one) will cooperate.”

In a follow-up email, Wissler said she forwarded the information to the FBI’s civil rights division.

“They are going to take a look at it. At a minimum, we will likely seek revocation/surrender of his (law enforcement) certification. And he needs to get the hell out of the legislature. But that’s a whole other can of worms that would likely have to be handled internally or by the Missouri (attorney general),” Wissler wrote.

In his April 19 memo to Vescovo, Baker attempted to head off any response from Perkins or Korte “that this informational report is politically motivated itself.”

“There is one thing that cannot be disclaimed, political motivation did not make Officer Perkins sleep with an intoxicated girl that should (have) been within his protection,” Baker said.

The allegations against Perkins surfaced as the nation has been reckoning with criminal justice issues related to the murder of George Floyd by a Minneapolis police officer, as well as concerns about the ethical behavior of state lawmakers.

In April, the Republican-controlled House booted Rep. Rick Roeber, R-Lee’s Summit, from the chamber in connection with the sexual abuse of two of his children when they were 9 and 5, respectively, and that he attempted to abuse the children other times.

Rep. Patricia Derges, R-Nixa, was barred from the GOP caucus after she was indicted earlier this year on federal fraud charges of falsely promoting a fake stem cell product as helping treat illnesses such as COVID-19.

And, the House in January voted against expelling state Rep. Wiley Price, D-St. Louis, instead censuring him after he refused to resign in response to allegations that he had sex with a Capitol intern and tried to cover it up.

Perkins said Baker, as chief of Frankford, does not have jurisdiction over what happened six years ago in Bowling Green.

“This is solely designed to embarrass me,” Perkins said. 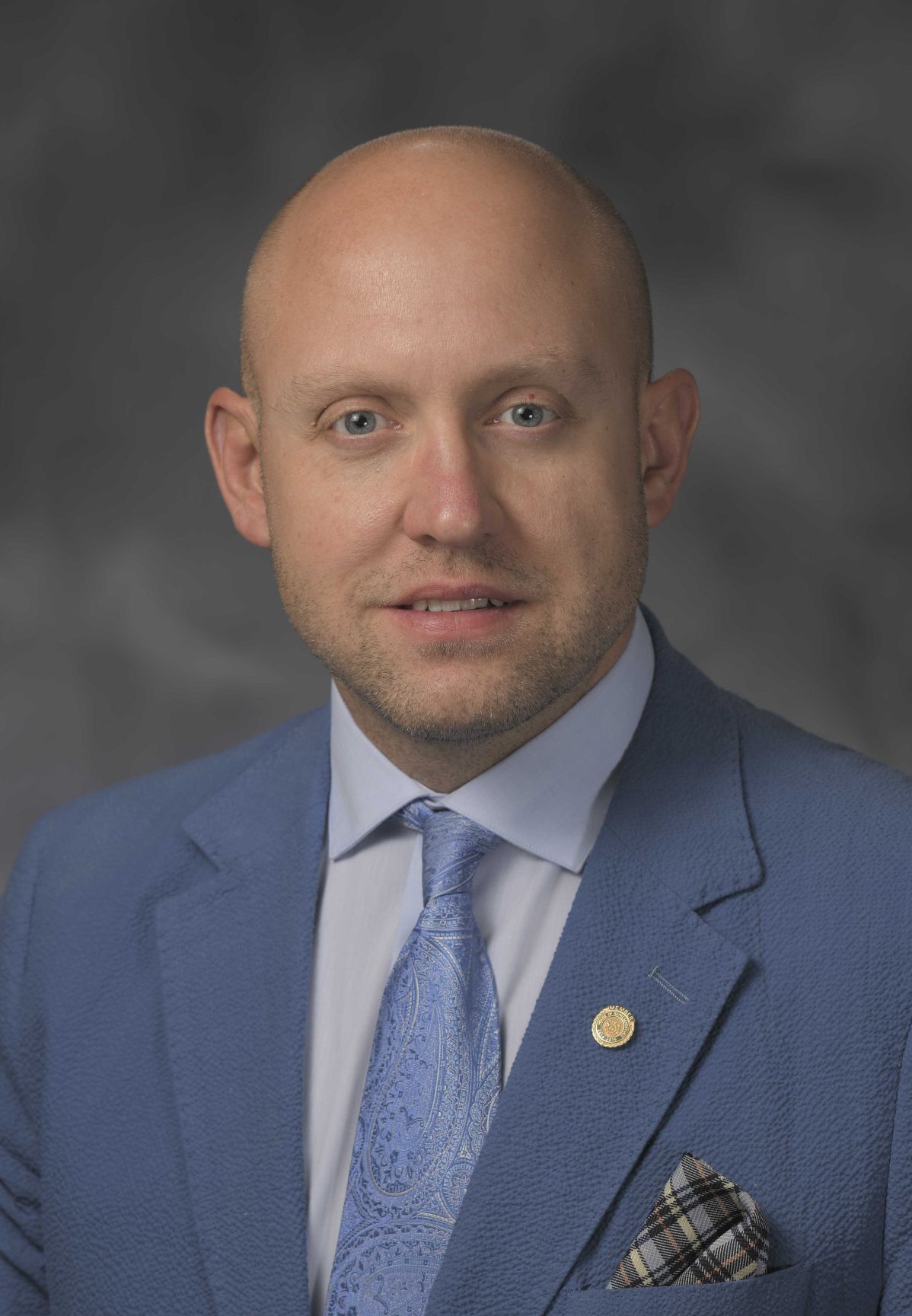