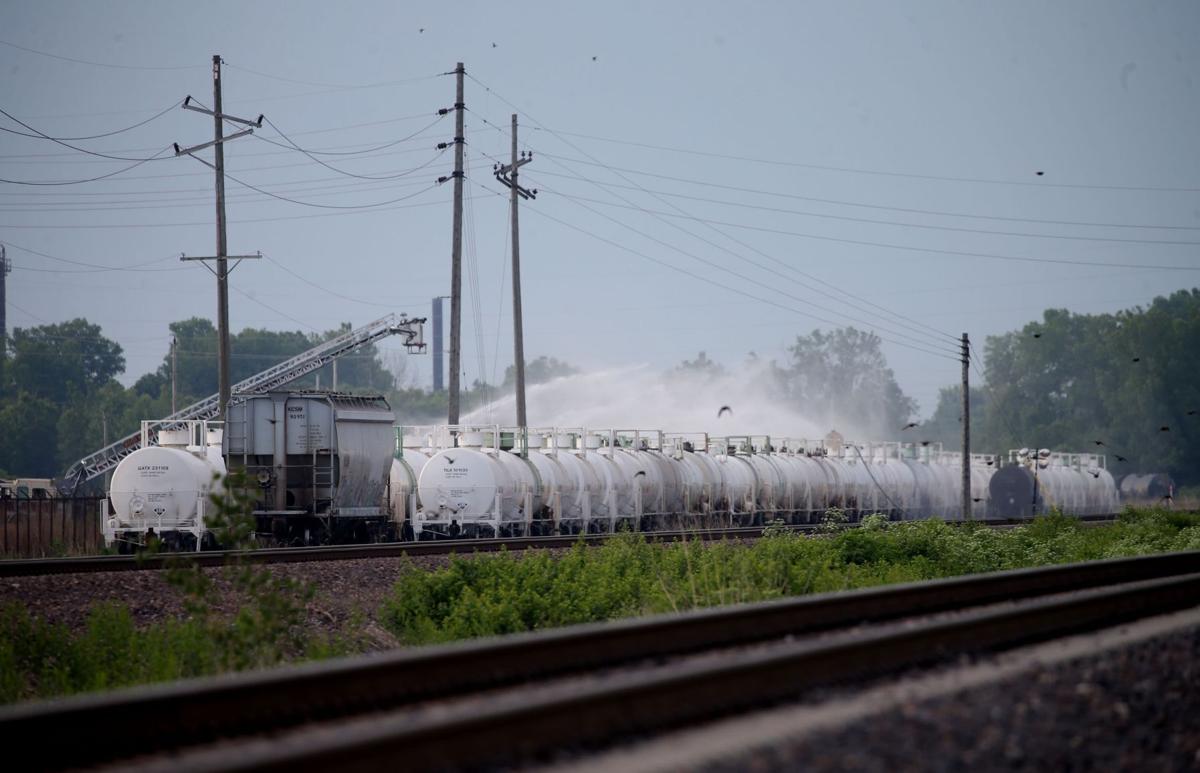 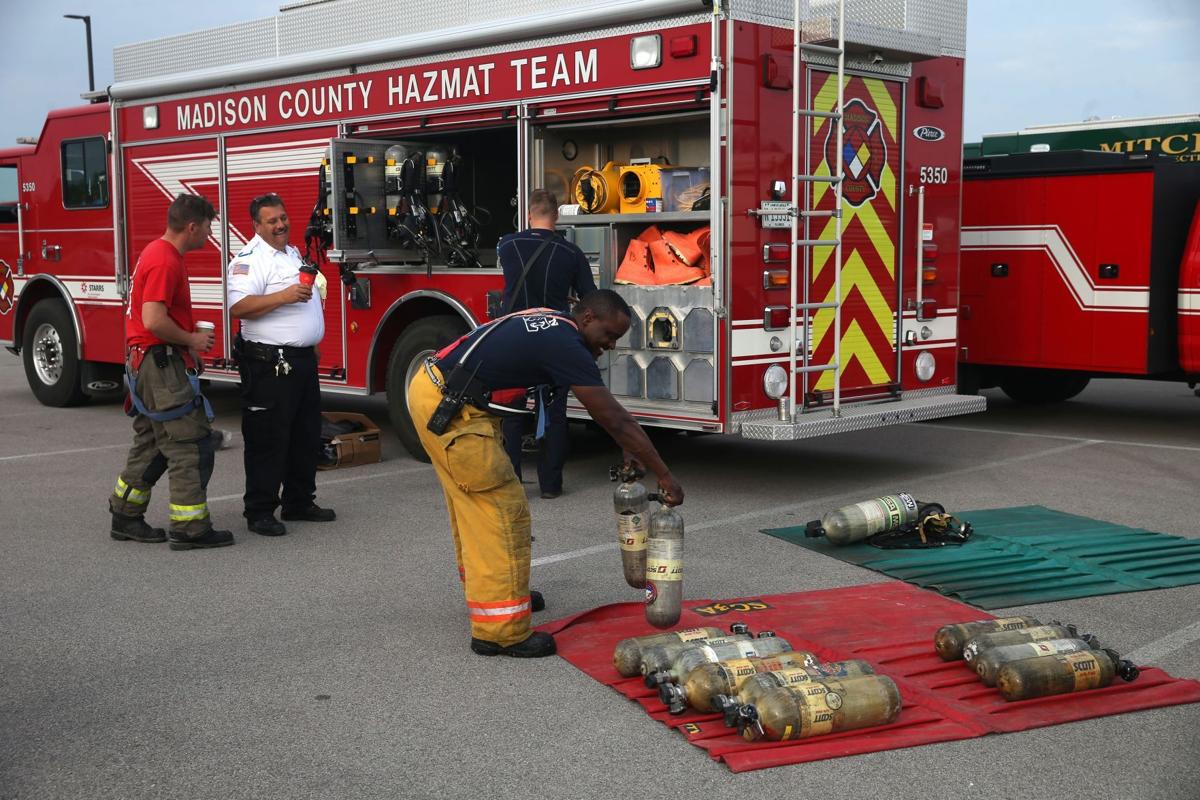 Firefighters return empty oxygen tanks to be refilled so they can be taken back to the scene where rail cars were venting sulfuric acid on Thursday, June 3 2021 in Wood River. Photo by Laurie Skrivan, lskrivan@post-dispatch.com

UPDATED at 4:30 p.m. Thursday with details on shelter-in-place order.

WOOD RIVER — Rail cars in Wood River were venting sulfuric acid Thursday, a day after the problem was first detected.

Authorities asked residents to stay in their homes, close windows and turn off HVAC systems until 6 a.m. Friday. No one was evacuated.

Crews thought they had contained the venting overnight, but concerns grew as the chemical filtered into the air, authorities said. Crews sprayed water on as many as five rail cars to try to contain the vapors.

Sixth Street was closed south of Highway 143 to Highway 111.

Exposure to sulfuric acid can burn the skin and eyes, cause headaches and vomiting, and irritate the lungs and lead to breathing problems. Authorities said the chemical in Wood River was considered spent sulfuric acid, which means it was diluted and partly neutralized.

Norfolk Southern spokesman Jeff DeGraff said in an email, “There has not been any release, leak or spills of liquids or solids from the tank cars. They are venting vapor as part of a safety mechanism to reduce built up pressure.”

DeGraff didn’t consider the incident a leak because a leak could mean a tank car has a rupture, which wasn’t the case, he said.

DeGraff said the train cars had been parked on a side track waiting to be moved Wednesday. A crew from KCS Railroad approached the cars and found that one of them had vapor from sulfuric acid escaping, DeGraff said.

He said the sulfuric acid had become over-pressurized and was venting. The rail car was among five that had come from the Phillips 66 refinery just off Highway 111 near East Rand Avenue in Roxana, DeGraff said.

At some point, two other cars also began venting because of over-pressurization, DeGraff said.

Firefighters return empty oxygen tanks to be refilled so they can be taken back to the scene where rail cars were venting sulfuric acid on Thursday, June 3 2021 in Wood River. Photo by Laurie Skrivan, lskrivan@post-dispatch.com