ST. LOUIS • A proposal to raise the city’s sales tax by half a cent for public safety won approval from a majority of voters in most areas of St. Louis, including every ward on the city’s north side, according to final, unofficial results released Wednesday by the St. Louis Board of Election Commissioners.

Proposition P, which raises the sales tax in most areas of St. Louis to 9.7 percent from 9.2 percent, will bring in revenue to hire more police officers and give both them and city firefighters a raise.

North St. Louis saw the lowest turnout, but every ward in north city, which includes some of the most poverty-stricken and crime-ridden swaths of St. Louis, favored the proposition.

Turnout was significantly higher in neighborhoods farther south, where Prop P saw the most support, including more than 80 percent voting yes in the 16th Ward, which includes St. Louis Hills.

The measure won handily, with roughly 60 percent of the vote overall, despite an opposition campaign that focused on recent criticism surrounding the St. Louis Police Department.

Citywide, turnout was low, but slightly better than election officials had expected, with about 21 percent of registered voters casting a ballot on Tuesday.

Some opponents, such as 5th Ward Committeeman Rasheen Aldridge, said they believed the results might have been different with higher voter turnout. Others, including St. Louis Treasurer Tishaura Jones, questioned what would happen if the estimated revenue from the tax fell short of expectations.

“It is also short-sighted, because the city of St. Louis has a declining retail base and population,” she said Wednesday.

Both Jones’ and Aldridge’s wards, the 26th and the 5th respectively, approved the measure.

Proponents of the increase ran an aggressive, well-funded campaign. They said the decisive victory reflected a city that won’t hesitate to back its police department.

“Proposition P was a referendum on the St. Louis City Police Department and the results were crystal clear. Residents support the police,” Ed Clark, the president of the St. Louis Police Officers Association, said in a statement.

Mayor Lyda Krewson’s office anticipates people won’t start seeing the new tax on their receipts until April, and the city won’t get the new revenue until the end of the fiscal year in June. The plan is to appropriate the money while crafting the fiscal year 2019 budget, which will be subject to approval from the Board of Aldermen and the Board of Estimate and Apportionment.

The ordinance laying out the increase includes an exhibit breaking down how the money will be spent. The city estimates the new tax will bring in roughly $20 million annually, most to be spent on raises for city police officers and firefighters, and another $1.5 million for the circuit attorney’s office.

It states: “All revenue and all interest on such revenue shall be allocated and shall only be expended for the uses set forth herein in Exhibit I.”

Having already negotiating raises into union contracts for police and firefighters, the city is committed to paying for them. Amounts planned for other public safety improvements, such as the boost for the circuit attorney, can be subject to change down the line depending on how much revenue comes in, said 8th Ward Alderman Stephen Conway, who chairs the board’s Ways and Means Committee.

“Even though we say it’ll be this much, it might come in a little more, a little less,” he said.

Lawmakers hope to spend an estimated $4 million from a corresponding half-cent increase in the business use tax in four categories: after-school programs and summer jobs, building demolition, recreation programming and social work and mental health.

Board of Aldermen President Lewis Reed said he expected the city would consult with its health, police and recreation departments, as well as groups such as the National League of Cities, to determine which programs and services to fund under those categories.

Despite Prop P’s overwhelming win, a plan to start collecting a half-cent payroll tax from St. Louis’ larger nonprofits is still on the table.

Sponsored by Conway, Board Bill 58 could be a taller order. It would require changes to the city’s tax code, under which nonprofits are currently exempt from payroll taxes.

On Wednesday, the board’s Ways and Means committee amended the measure, which initially would have required its own November special election, to go before voters in August 2018 instead. It’ll be held in committee for the time being.

“We’ll give some of the larger institutions an opportunity to visit with the administration, or other people here, to make sure these institutions understand the resources that we expend on their behalf, or their users’ behalf, or their employees’ behalf,” Conway said. “And also to understand that the success of their institutions, their investments, their social commitments, is dependent upon the success of the city of St. Louis.”

So far, many nonprofits have balked at the proposal, arguing at an earlier public hearing that the additional tax burden could limit their ability to provide services to some of the city’s most vulnerable.

Conway says the ultimate solution for the city’s budget woes is to grow the population of people paying taxes in the St. Louis.

“We did buy some breathing room yesterday,” he said of Prop P’s passage.

Ashley Lisenby and Nassim Benchaabane of the Post-Dispatch contributed to this report.

Regarding the Proposition P passage on Tuesday, Jeff Roorda of the St. Louis Police Officers Association said, “What’s crystal clear is that t…

Nextdoor users discuss how they voted on Prop P

We asked Nextdoor users who live in the city of St. Louis how they made their decision on Prop P, which raised sales taxes to increase the sal…

See where Prop P passed, and where it failed

Proposition P, which will raise the sales tax in St. Louis by a half-cent on the dollar, won widespread support in St. Louis. 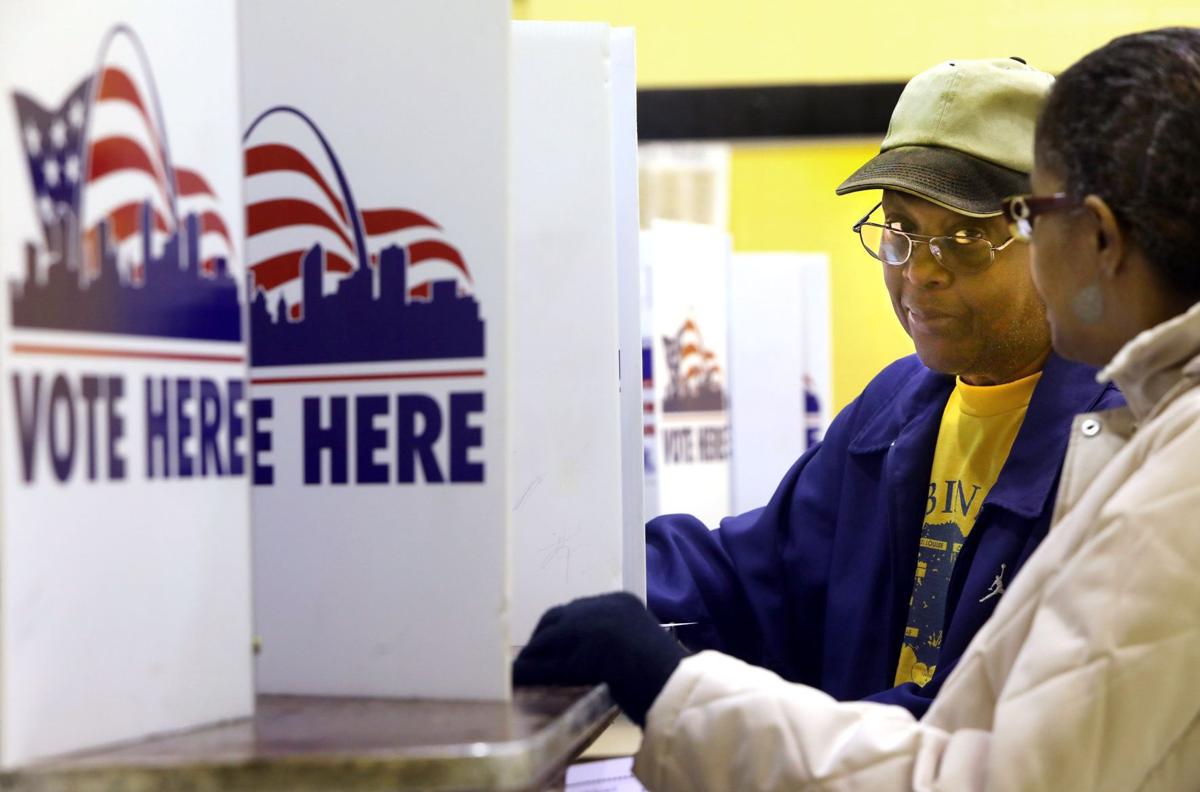 Tony Love (left) consults his wife Kitty Love as they vote in Ward 4 at Hickey Elementary School on Tuesday, Nov. 7, 2017. On the ballot is the Proposition P, a half-cent sales tax increase that would will provide raises for police and firefighters in the city. Photo by Christian Gooden, cgooden@post-dispatch.com 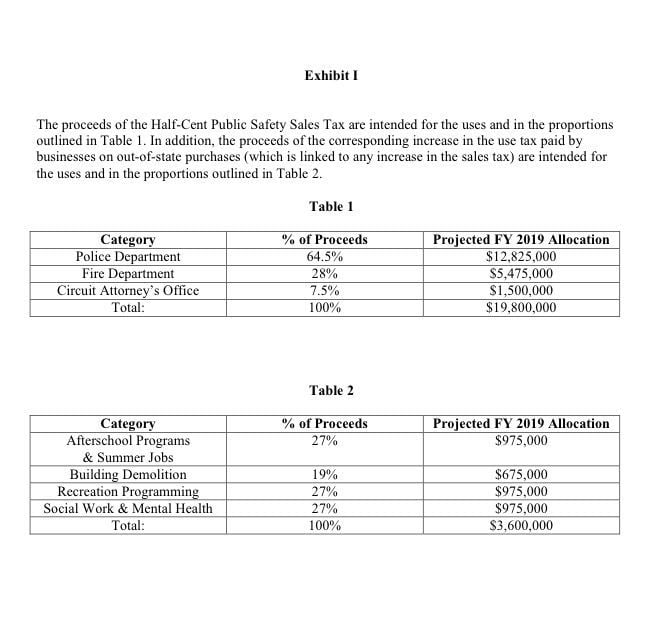 This exhibit breaks down how city lawmakers plan to spend revenue from the new half-cent sales tax increase approved by voters on Tuesday.