ST. LOUIS — The Circuit Attorney’s Office on Monday dismissed a decades-old case against a St. Louis man accused of shooting a hotel co-worker and attempting to carjack a woman downtown.

The move by an assistant prosecutor to drop the case happened on the same day a video bench trial for Zarreck McNear was scheduled to begin before Circuit Judge Elizabeth Hogan. The case had languished in the St. Louis court system for nearly three decades after McNear was found mentally incompetent to stand trial in 1993 on charges that included first-degree assault and attempted robbery.

“The (state) Dept. of Mental Health has not notified the state and the court of any changes to (McNear’s) status of mental incompetency in nearly three decades, and the state is thus at a disadvantage for the lack of clarity of the department’s such determination,” Assistant Circuit Attorney Rob Huq said in a memo.

McNear, 54, was charged more than 28 years ago with shooting a co-worker at the former Doubletree Mayfair Hotel and then trying to carjack a Post-Dispatch reporter at gunpoint at Tucker Boulevard and Martin Luther King Drive.

On the afternoon of Nov. 29, 1992, McNear, a hotel dishwasher, shot Patrick P. Wilson in the abdomen with a .38-caliber revolver after an argument, police said. Wilson survived the shooting.

McNear then ran toward Tucker and MLK where police said he tried to carjack former reporter Charlene Prost in her car in front of the newspaper building. Two off-duty St. Louis police officers heading to work spotted the carjacking attempt and one of the officers forced McNear to the ground and disarmed him, according to authorities.

McNear’s lawyer, Philip Dennis, applauded the decision to drop the case against a man who suffers from autism and post-traumatic stress. He also agreed with the prosecutor’s characterization of the mental health department’s neglect of McNear’s case. He said McNear has never hidden from authorities, has lived in the same home for years and maintained work in the service industry over that time.

“Everybody kind of dropped the ball on it,” Dennis said. “I have no idea why it sat for all this time.”

McNear was found mentally incompetent for trial in September 1993, but court documents say he didn’t report for treatment for at least a year. A judge in 1994 ordered McNear committed to the Bellefontaine Habilitation Center but it’s not clear if he ever made it there or whether the center conducted court-ordered biannual mental evaluations to determine McNear’s competency.

Authorities said McNear was released from the custody of the Department of Mental Health in 1994 or 1995, and court records show no action on McNear’s case from 1995 to 2003. Five more years passed before another court hearing was held, records show. From 2008 to 2019, status hearings were postponed 10 times by nearly as many different St. Louis judges. McNear was re-arrested on the same charges in September, after which Hogan held regular hearings in the case and set a bench trial for Monday.

A spokeswoman for the mental health department declined to discuss the department’s handling of the case.

Dennis said McNear shot the man in self-defense after being cornered by two men in a hotel stairwell on the day McNear came to collect his paycheck. The two men, Dennis said, had been bullying McNear for about a month before the shooting and that McNear had complained several times to hotel management about it. He said McNear then ran from the hotel carrying the gun, which he suspects led Prost to believe she was being carjacked.

Prost, who retired from the Post-Dispatch in 2005 after nearly 40 years and now lives in west St. Louis County, said the officers who arrested McNear told her he had pointed a gun at her head as he approached the passenger side of her car. She said she finds it strange that the case was “lost through the cracks” but she’s not disappointed in the outcome.

“It sounds like he’s doing OK and not harming anyone anymore, so maybe this has turned out OK,” Prost said Monday. “At this stage of the game, if he has been declared mentally deficient, my thought is, why put him back in prison for something he did so many years ago?”

Dennis credited the judge and the latest prosecutor for taking a deeper look in recent months at McNear’s case.

“Under the circumstances, his family has said they hope he can get back to his life without this case hanging over him so he can live a peaceful life,” Dennis said.

The incident occurred minutes after McNear shot a co-worker after an argument at the Doubletree Mayfair Hotel downtown, police said 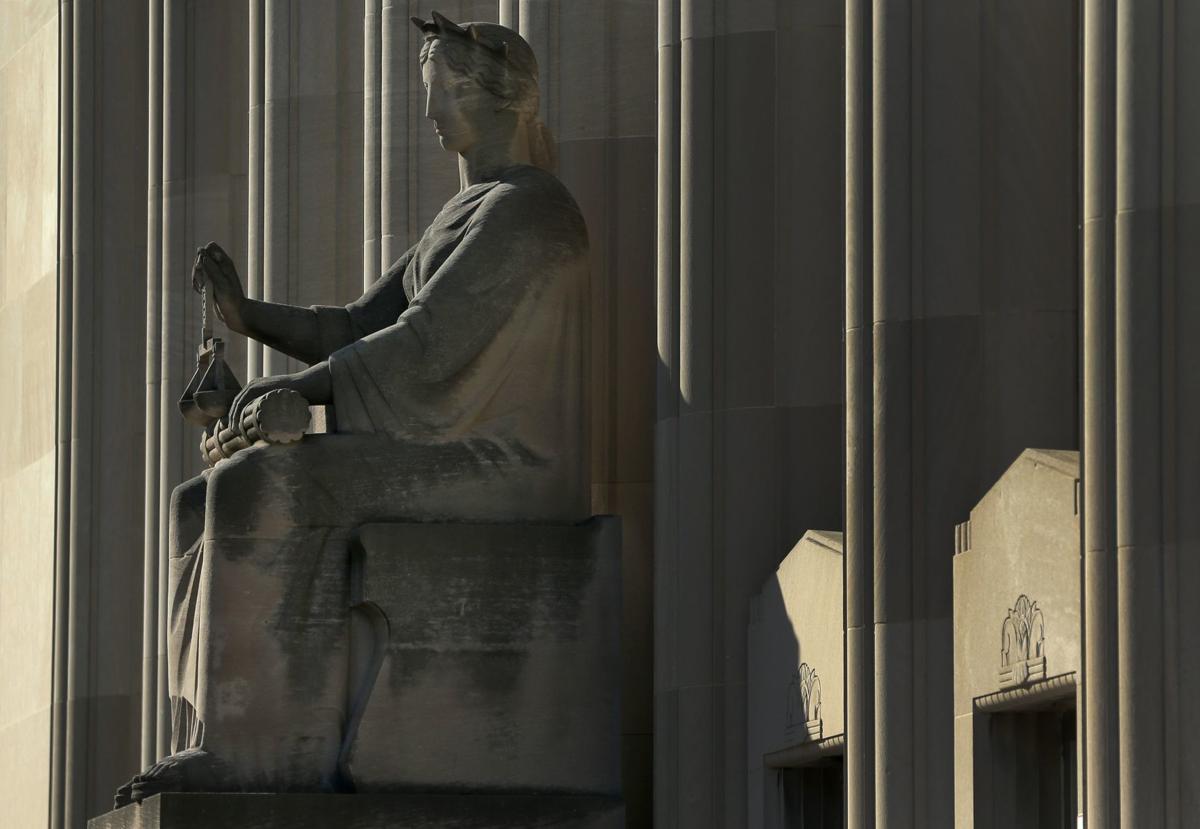 One of the statues outside the Mel Carnahan Courthouse, which houses St. Louis' circuit courts is photographed on Friday, May 31, 2019, in downtown St. Louis. Photo by Christian Gooden, cgooden@post-dispatch.com 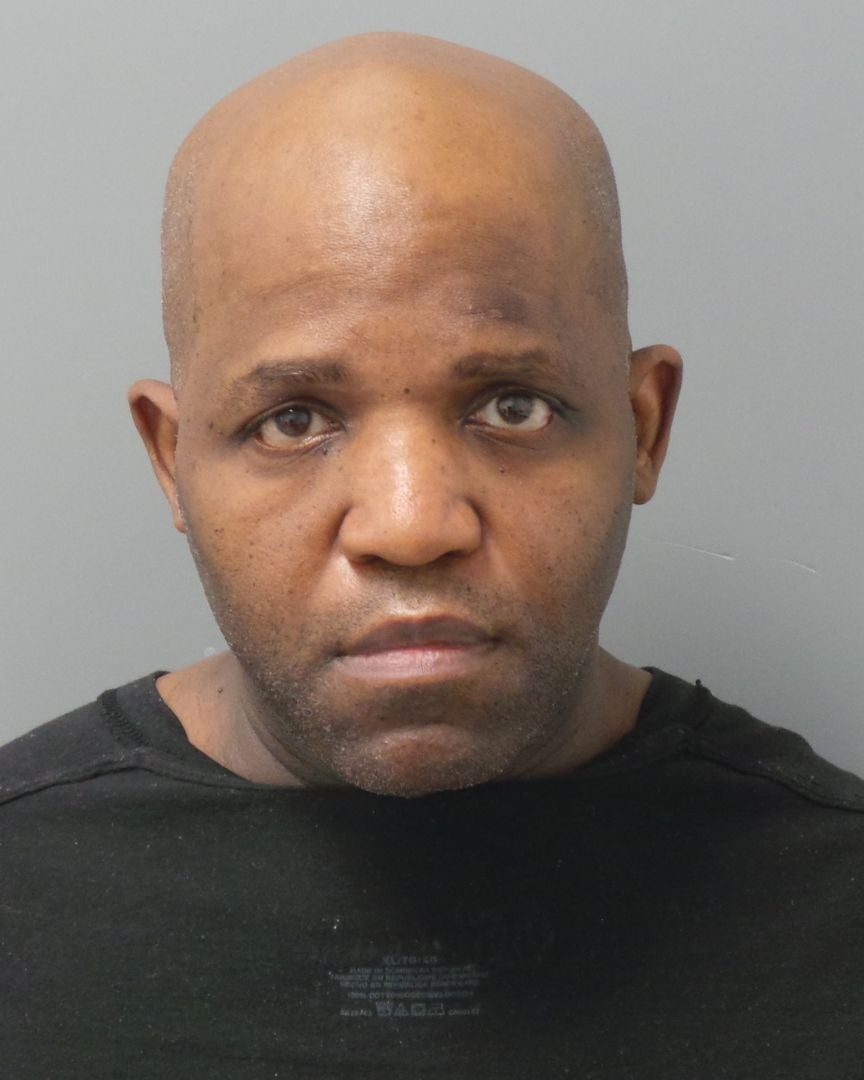 Zarreck McNear, charged in a 1992 shooting and attempted carjacking in St. Louis, was re-arrested in September 2020 to face trial.