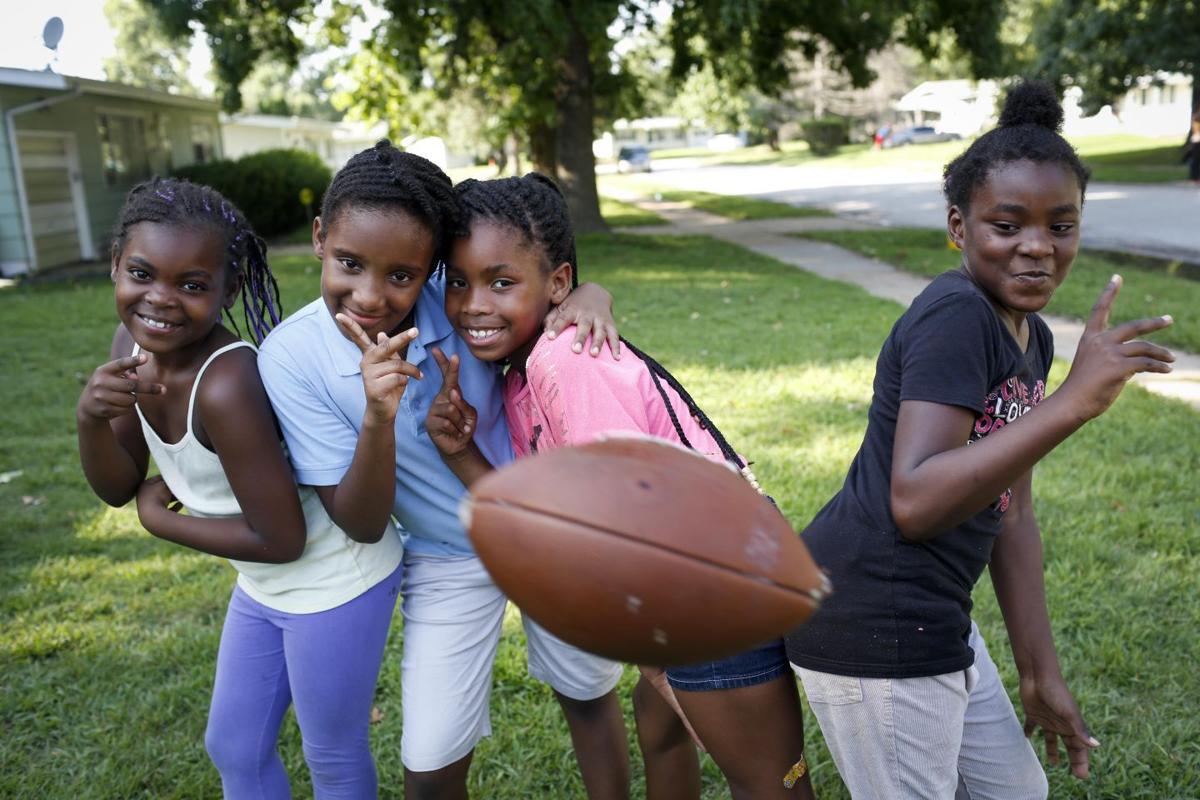 Jamyla Bolden (far left), then 8, is shown in a photo from Aug. 20, 2014. She posed with Trice Johnson (center left), 8, (center left) Destiny Sonnier (center right), 8, and Rayell Hickman, 8, along Ellison Drive in Ferguson. The kids were in a yard just around the corner from where Michael Brown was shot and killed by a Ferguson police officer. The photographer was documenting life in Ferguson. Photo courtesy of Eric Kayne 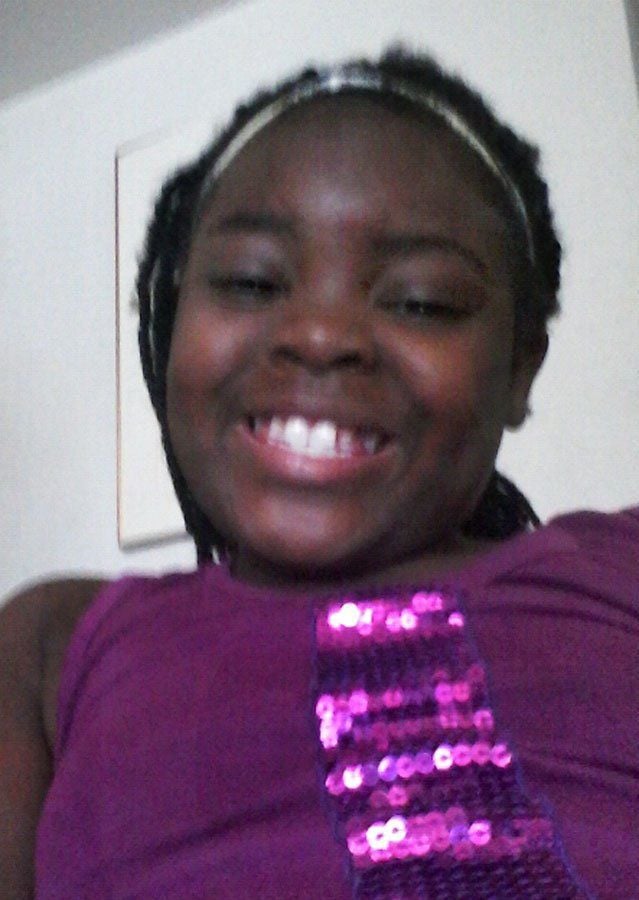 Jamyla Bolden, 9, is pictured in this family photo from July 2015.

FERGUSON • A 9-year-old girl doing homework on her mother’s bed was killed when someone fired shots into a Ferguson home Tuesday night, according to police and family.

Jamyla Bolden’s grandmother said she ran into the bedroom after someone opened fire about 9:30 p.m. Jamyla’s mother was hit in the leg. Jamyla was fatally wounded.

“I was holding her the whole time,” the grandmother said of the child Wednesday. She did not want her name used because she feared for her safety.

“I kept holding and holding her,” the grandmother told the Post-Dispatch. “I still have her blood on my hands. She was still breathing. I was telling her to just breathe.”

Video: Manhunt on for the killer of a 9-year-old

Police were called to the home in the 9200 block of Ellison Drive and “two officers tried desperately to keep the little girl alive,” according to a Ferguson city news release, but the girl died later from the gunshot wound.

The girl’s mother, 34, was taken to a hospital where she was treated and released, according to authorities.

A motive in the shooting is not known, police said.

The grandmother, who owns the home, said Wednesday that she, her husband and Jamyla’s brother were also in the home when someone opened fire. They weren’t hit. The brother and sister are about 10 months apart in age, the grandmother said.

In a news release, Ferguson Chief Andre Anderson said authorities will “do everything possible to find the person responsible.”

They also believe the shooter stood close to the front of the house and took aim through the bedroom window. There were five visible bullet holes on the exterior of the house: three in the screens of two windows with shattered glass behind them, and two more in the house’s aluminum siding.

The house sits on a block of small ranch houses. The house next door has a “We Must Stop Killing Each Other” sign on its front lawn. When the neighbor pulled into her driveway, she and the grandmother met at the border of the yard and began hugging and sobbing.

Jamyla’s family had lived in the home for seven or eight years. Jamyla was a fourth-grader at Koch Elementary in the Riverview Gardens School District.

“She was very sweet, kind and soft-spoken,” said Melanie Powell-Robinson, spokeswoman for Riverview Gardens schools. “We’re trying to figure out why in the world did this happen. We just can’t make sense of this.”

Jamyla would have taken a reading assessment Wednesday. Her teacher, Teressa Kindle, said Jamyla was proud of her summer reading and was excited to see how much she’d progressed.

Grief counselors were at Koch Elementary meeting with teachers Wednesday. “It’s been a rough day for staff,” Powell-Robinson said. She wasn’t sure how much information had been given to Jamyla’s classmates. Students were grieving at the school, which Jamyla had attended since kindergarten.

Her death is the second of a student in Riverview Gardens schools since classes resumed on Aug. 10. Last week, a senior at the high school, Taysia Williams, died in her sleep.

The home where Jamyla was killed is not far from the stretch of Canfield Drive where Michael Brown was fatally shot by police last year.

Joel Currier and Christine Byers of the Post-Dispatch contributed to this report.

Comments on this article have been turned off.

Mayor and police chief are among those who attend.

Rewards totaling $6,000 are posted for tips that lead to conviction in fatal shooting.

Services set for child killed by gunfire in Ferguson

The funeral service for Jamyla Bolden will be on Saturday.

De'Eris Brown was charged with second-degree murder and other felonies in the death of Jamyla Bolden.

The Rev. Michael Jones tells 9-year-old's family, "we’ve all been wounded along with you.”

Students at Jamyla Bolden's school are given Build-A-Bears, books to help them grieve

The 9-year-old was killed while doing homework at her home on Aug. 18.

De'Eris Brown was charged with second-degree murder and other felonies in the shooting death of Jamyla Bolden.

Jamyla Bolden (far left), then 8, is shown in a photo from Aug. 20, 2014. She posed with Trice Johnson (center left), 8, (center left) Destiny Sonnier (center right), 8, and Rayell Hickman, 8, along Ellison Drive in Ferguson. The kids were in a yard just around the corner from where Michael Brown was shot and killed by a Ferguson police officer. The photographer was documenting life in Ferguson. Photo courtesy of Eric Kayne

Jamyla Bolden, 9, is pictured in this family photo from July 2015.