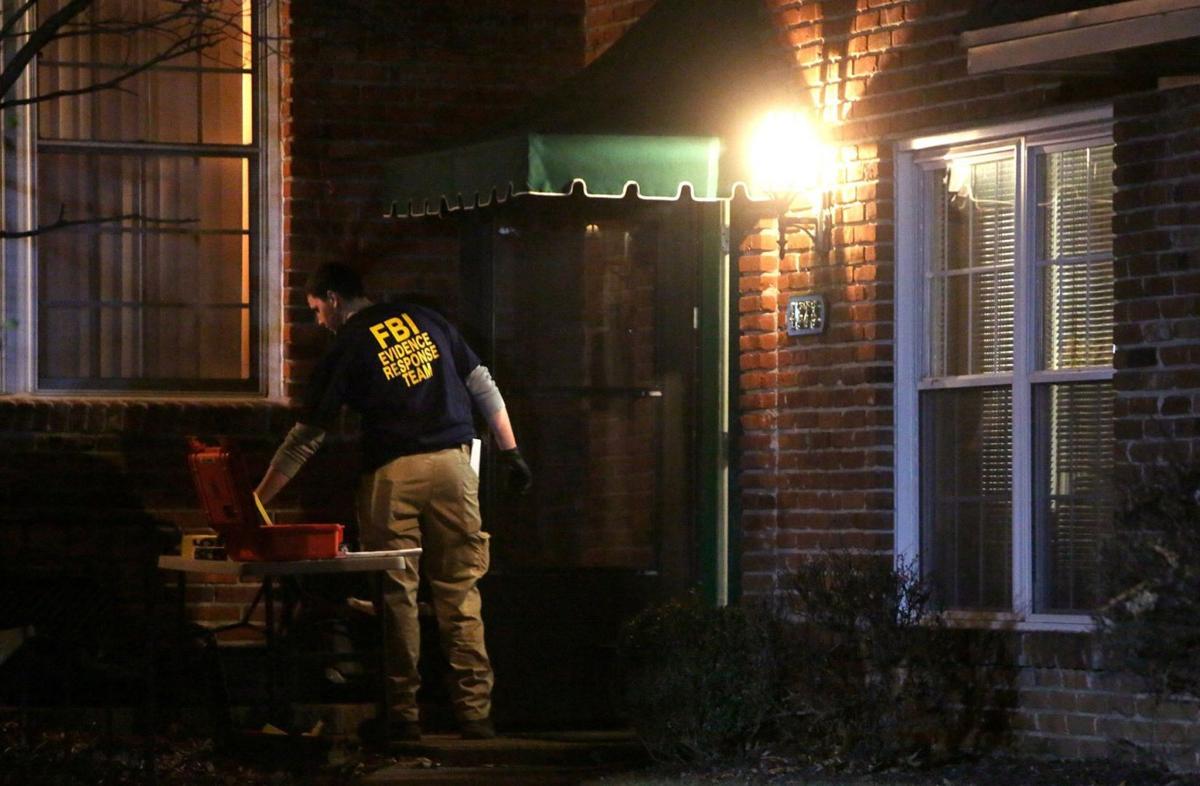 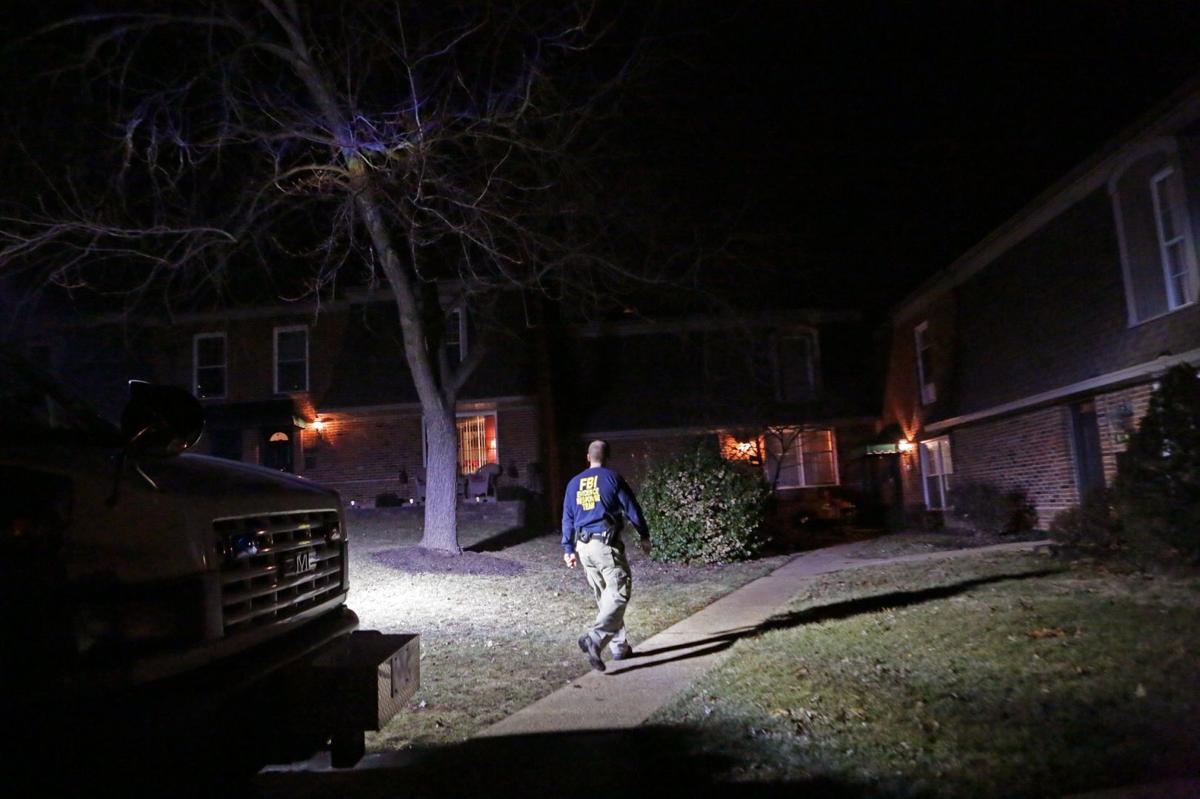 FBI agents search the home of Ramiz Zijad Hodzic and his wife Sedina Unkic Hodzic in the 4300 block of Chateau de Ville Drive in St. Louis County after a federal indictment was unsealed on Friday, Feb. 6, 2015, implicating the couple and four other Bosnian immigrants in providing material support to terrorists overseas, including the Islamic State group and al-Qaida in Iraq. Photo by Cristina Fletes-Boutte, cfletes-boutte@post-dispatch.com

ST. LOUIS • The sixth and final suspect accused in federal court here of helping support the Islamic State and other terrorism groups has been arrested in Germany, federal prosecutors said Wednesday.

Jasminka Ramic, 42, and five others were indicted Feb. 5 and accused of conspiring to provide money and military equipment to fighters in Syria, Iraq and elsewhere who belonged to the Islamic State group, al-Qaida in Iraq and the al-Nusrah Front. Ramic was apprehended Tuesday.

One of those fighters was a former St. Louis-area resident, Abdullah Ramo Pazara, who was killed in Syria.

All but Ramic were arrested Friday, including Ramiz “Siki” Hodzic, 40, and Sedina Hodzic, 35, a married couple from St. Louis County.

The Hodzics pleaded not guilty to the charges in U.S. District Court here Wednesday.

A hearing to discuss a prosecution bid to hold them in jail until trial was postponed until next week at the request of defense lawyers, who said they needed more time to respond.

Ramiz Hodzic’s attorneys declined to comment on the case.

Sedina Hodzic’s attorney, Paul D’Agrosa, said outside the courthouse that he expected Ramiz Hodzic will be jailed but hoped his client could be released to care for the couple’s three children, one of them just 20 months old. The youngsters are with a family friend, as they have no relatives in the area, he said.

Ramiz Hodzic told court staff he was a truck driver. The company owner did not respond to messages seeking comment. Sedina Hodzic last worked in March 2010.

On Tuesday, Mediha Medy Salkicevic, 34, of Schiller Park, Ill., was ordered to be transferred in custody to Missouri and detained until trial.

U.S. Magistrate Judge Jeffrey Cole, of the Northern District of Illinois, wrote in an order that “by clear and convincing evidence, that there is no ... set of conditions that will reasonably assure the safety of the community, which can, of course, include foreign communities.”

“The ... offenses with which the defendant is charged could scarcely be more serious, and the defendant wisely does not contend otherwise,” Cole wrote.

Salkicevic, a naturalized citizen, is married with four children and is an employee of an air cargo facilitating company in the Chicago area, Cole wrote. She has built or is about to finish a “large” house in Bosnia, where her parents live.

As she faces charges with a potential penalty of 15 years in prison, she “has every motive to flee and far less to stay,” the judge noted.

Salkicevic is quoted in the indictment as saying she hoped that two sniper rifle scopes reached “them” and “that they be put to good use.”

Cole’s order rejected what must have been a claim that her words could have an innocent explanation. “Only literary perversity or jaundiced partisanship could find an innocent meaning in the defendant’s words,” the judge wrote.

Asked by a reporter for comment, Salkicevic’s attorney, Andrea E. Gambino, responded with a written reminder that “the presumption of innocence is the foundation of our justice system — not mere words.” She added, “The appropriate place to review and discuss evidence is in the courtroom, at trial, and not before trial in the media.”

Nihad Rosic, 26, of Utica, N.Y., also was arrested, although court documents do not indicate where he is held. He was accused of trying to board a Norwegian Airlines flight in July, with plans to travel to Syria to fight.

Also on Wednesday, federal prosecutors in Missouri revealed that electronic surveillance authorized through the Foreign Intelligence Surveillance Act would be used in the case.

D’Agrosa said that could mean evidence would have to be declassified for release to defense lawyers, and that some hearings might be closed to the public. Although he has not yet seen the evidence, D’Agrosa guessed it could include emails, Facebook messages and phone calls.

In court and court filings, Assistant U.S. Attorney Matt Drake said that a years-long investigation had produced “voluminous” evidence that included hundreds of thousands of pages of documents, records obtained by grand jury subpoenas issued to financial institutions and electronic service providers, other electronic surveillance and defendants’ statements, items seized from them and the products of search warrants.

On Monday, the Islamic Community of North American Bosniaks released a statement that read, in part, “Bosniaks have lived in North America for over a hundred years as peaceful and law-abiding citizens.”

“We are very shocked that a few individuals of Bosnian descent who live in the United States have recently been arrested and charged because of their support of terrorist activities. On behalf of Bosniaks in North America, we strongly condemn any activity that promotes extremism and terrorism of any kind.”

Lawyers for Ramiz “Siki” Hodzic, 40, said that they would waive his right to a hearing regarding whether he would stay in jail until trial.

Accused may just have been aiding enemies of their enemies.

A federal judge this week approved the release of a St. Louis County woman and a California man, two of the six suspects accused of supporting Islamic State fighters overseas.

Jasminka Ramic, 43, pleaded guilty in St. Louis Monday to a federal conspiracy charge that carries a potential prison term of up to 5 years.

Federal prosecutors accuse six, including three from St. Louis County, of providing money and military supplies to fighters for terrorist groups overseas, including the Islamic State group and al-Qaida in Iraq.

Last week, the U.S. Attorney’s office accused three St. Louis-area residents and three others from around the country, all originally from Bos…

FBI agents search the home of Ramiz Zijad Hodzic and his wife Sedina Unkic Hodzic in the 4300 block of Chateau de Ville Drive in St. Louis County after a federal indictment was unsealed on Friday, Feb. 6, 2015, implicating the couple and four other Bosnian immigrants in providing material support to terrorists overseas, including the Islamic State group and al-Qaida in Iraq. Photo by Cristina Fletes-Boutte, cfletes-boutte@post-dispatch.com 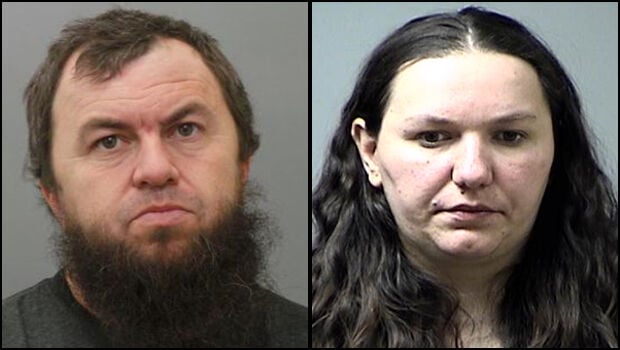 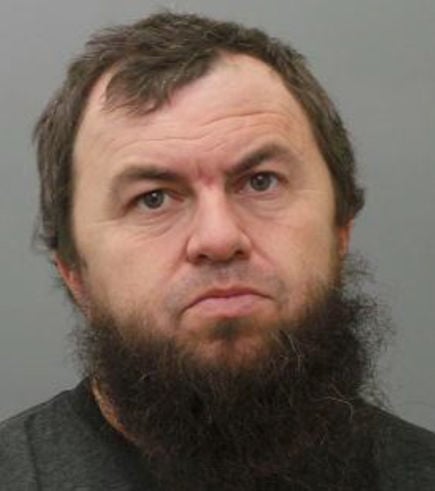 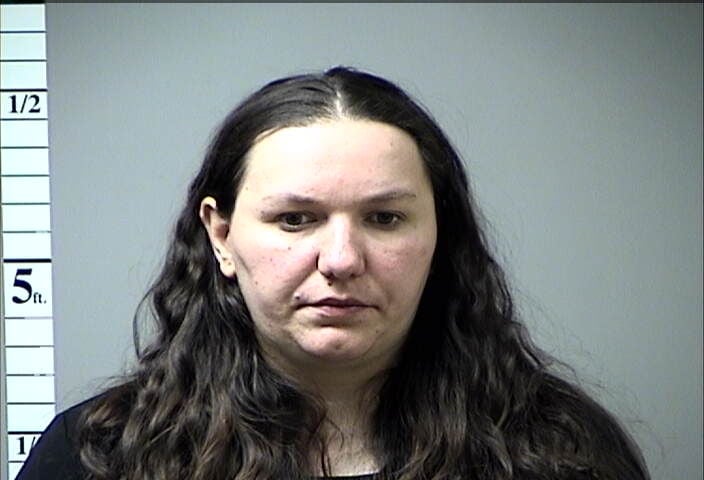 Sedina Hodzic, of St. Louis County, was charged in a case that accuses her, her husband and others of supporting ISIS terrorism.