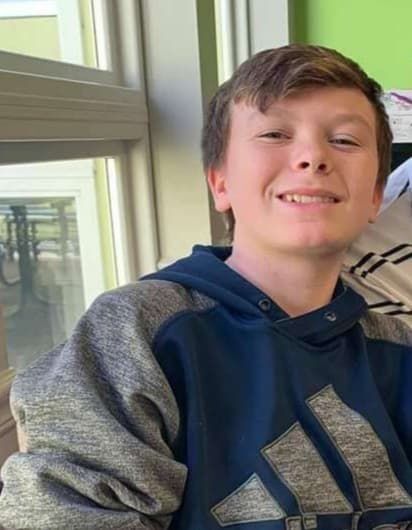 Owen Fielder, 13, was shot Saturday, May 9, 2020, and later died of his injuries. Photo courtesy of Stephanie Fielder 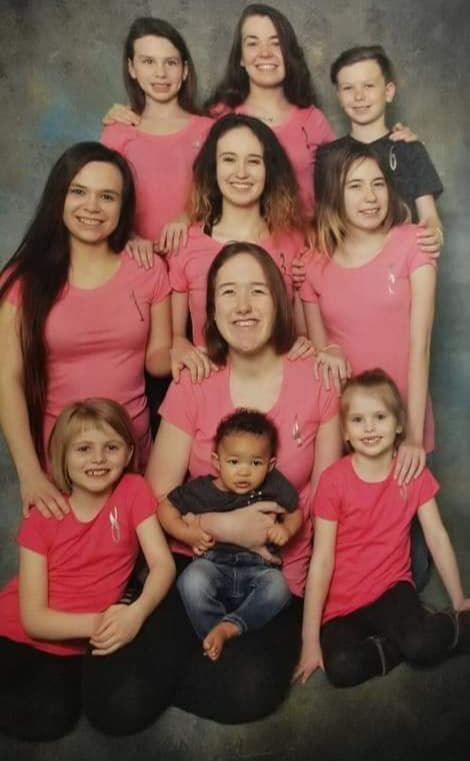 Owen Fielder in a family photo with his eight sisters and nephew. Photo courtesy of Stephanie Fielder

O’FALLON, Mo. — Owen Fielder, a 13-year-old boy who was shot by a 16-year-old last weekend, has died from his injuries, police announced Thursday.

O’Fallon police said they were called about 2 p.m. Saturday to a mobile home park where officers found Owen inside a friend’s residence in the 400 block of Mar-Ton Estates Drive with at least one gunshot wound.

He died of his injuries Tuesday. He was a sixth grader at Woodridge Middle School in High Ridge, according to his mother, Stephanie Fielder. Owen had attended Fort Zumwalt Dardenne Elementary School in O’Fallon through the fifth grade.

“Owen was very loved,” his mother said. “He made friends everywhere he went. He was energetic, he was funny and caring, and so full of life.”

Owen spent much of his childhood living in the O’Fallon home of his grandmother, Rita Fielder-Smith, and her husband, Gary Smith, who he called Gammi and Paw-Paw.

He was at a friend’s house in a mobile home park across the street from his grandmother’s subdivision when he was shot. Owen’s family said the 16-year-old was an acquaintance.

The older teen is now in the custody of juvenile authorities and has been charged in family court with second-degree assault and armed criminal action, Officer Kenneth Simmons said Thursday. The name of the 16-year-old will not be released because he’s a juvenile, authorities said.

Fielder-Smith said she was told by police that the older teen said he did not realize the gun was loaded when he shot Owen.

“It was careless and he should have known better,” Fielder-Smith said. “But I know this young man will have to live with this for the rest of his life.”

Owen had eight sisters, two of whom often lived with Fielder-Smith, who’s the mother of Owen’s incarcerated father.

“I love my Owie, Owie to the moon and back,” she said through tears Thursday. “He would sit with me in my recliner and rest his head on me.”

Owen, who turned 13 in April, was beginning to act more like a teenager with a daredevil streak, she said.

But Owen also had a gentle and caring side.

“One day last year, I come home and there’s a duck in his dresser,” she said. “Well I couldn’t believe it. He wanted to take care of it.”

Both the teen’s mother and grandmother said Owen donated his organs to five others, including a 1-year-old girl who received his liver and a 10-year-old boy who will get his heart.

The family is planning a balloon release in honor of Owen at 3 p.m. Saturday at the soccer fields at Civic Park in O’Fallon.

Children injured or killed by gunfire in the St. Louis area in 2020

Coverage of children injured or killed in gunfire in the St. Louis area in 2020.

Owen Fielder, 13, was shot Saturday, May 9, 2020, and later died of his injuries. Photo courtesy of Stephanie Fielder 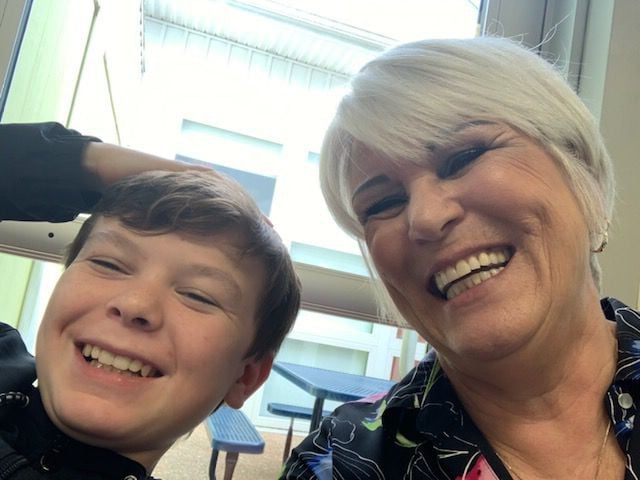 Owen Fielder in a family photo with his eight sisters and nephew. Photo courtesy of Stephanie Fielder