ST. CHARLES COUNTY • The mother of an autistic boy who police found locked in a makeshift cage testified Thursday about her frustration with government agencies that did not provide him with a better bed.

Victoria Smith, 44, and her husband, Terry Smith, 45, both took the stand during the third day of their jury trial.

The Smiths, formerly of O’Fallon, Mo., are charged with child endangerment.

On Dec. 15, 2010, emergency workers responding to an abuse hotline call at the Smiths’ home found then-6-year-old Josiah sitting in a urine-and-feces-soaked modified crib.

Josiah and his five siblings were under the care of Josiah’s grandmother at the time while the Smiths were out shopping for groceries.

Victoria Smith said she felt awful about putting Josiah in the makeshift cage, but she had been mandated by the Missouri Department of Health to keep him there until she could get the funds for a new bed.

When her attorney, Courtney Harness, showed her a photo of the bed she was trying to get for Josiah and asked her what the picture showed, Smith broke down crying.

“This is the bed we needed and couldn’t afford, and I couldn’t get anyone to help me,” she said.

At other times in her testimony, Smith was defiant, saying that a former caregiver for Josiah had lied when she said that her husband had fed Josiah a hot dog on the floor.

She said Josiah’s teacher lied when she said Josiah could take a nap at school with other children without being confined.

And she said emergency workers were wrong about the liquid that poured out of the bed; it likely was soapy water they had used to clean the bed, not urine, she said.

In one of the most dramatic turns of her testimony, she told Assistant Prosecutor Jillian Anderson that she didn’t like it when Anderson referred to Josiah’s bed as a cage.

Anderson got out a dictionary and asked Smith to read with her the definition of a cage. “A box or enclosure having some openwork for confining or carrying animals.”

Anderson said: “Isn’t the only difference between this definition and what Josiah was in is the fact that he’s not an animal?”

Later Terry Smith took the stand and cried about what he called Josiah’s “traumatic childbirth.”

He described his son as innocent, beautiful without an evil bone in his body.

He said that he couldn’t understand why emergency workers had trouble opening Josiah’s cage because it was simple, and he had instructed everyone in the house how to do it.

He said part of the reason they kept Josiah in the basement was because it had an unfinished area that had a drain, and they could roll his bed into the area and hose it down daily.

Other witnesses who testified on the Smiths’ behalf included their family physician, Dr. David Easterday, who said the Smiths “have always been exemplary” parents.

Easterday said he had known the Smith family for about 12 years, and he described Josiah’s autism as severe.

Josiah appeared to be well cared for when the Smiths brought him in for office visits, he said.

On a visit in June 2010, Victoria Smith showed him a picture of the bed Josiah was using, and he said he became concerned because of the bed’s disrepair.

However, he said he had no concerns that using the bed might be abusive because he believed it had been provided by the state of Missouri.

Easterday said he did to try to get the family assistance by contacting their insurance, state lawmakers and charitable organizations.

Also taking the stand Thursday morning was Terry Drury, who had worked in the Hannibal office of the Missouri Department of Health in 2006, and had connected the Smiths to a family who had bed that the Smiths later modified for Josiah.

Drury said she recalled the original condition of the bed as having metal bars that were taller than usual to keep Josiah from climbing out, she said.

Also testifying was Allison Williams, who had been the Smiths caseworker for the Department of Mental Health. She testified that when she saw the bed Josiah was sleeping in, she reported it immediately to her supervisor.

Williams said she talked to the Smiths about institutionalizing Josiah, and they declined.

“They wanted to keep their family together,” she said.

After the hotline complaint, Josiah and his five siblings were temporarily removed from the home. All now live with the Smiths.

Terry and Victoria Smith, formerly of O'Fallon, Mo., were each found guilty of child endangerment.

Parents sentenced to 7 years in prison for caging autistic son in O'Fallon, Mo.

Terry and Victoria Smith had been convicted last month of child endangerment in the case.

Police, paramedics testify about trying to open the cage and the boy's condition.

The caregiver said while the boy was nonverbal, he was well-behaved when she took him to her own home in St. Charles.

Susan Weich's tweets from the second day of trial

Susan Weich's tweets from first day of the trial 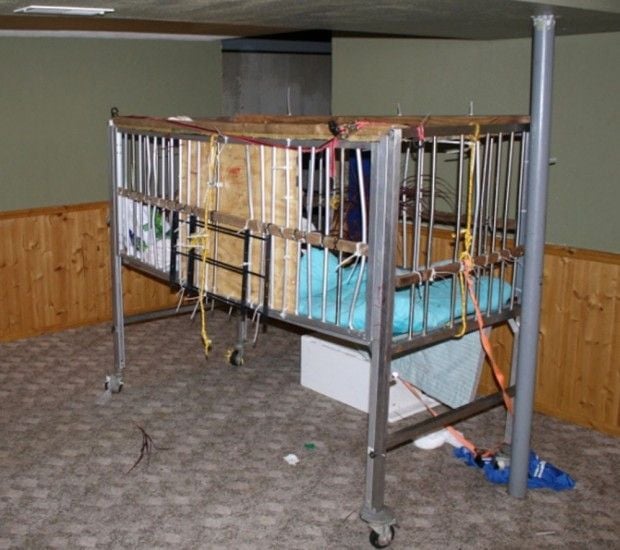 A 6-year-old autistic boy in O'Fallon, Mo., was kept in this cage, according to police. Photo courtesy of the O'Fallon Police Department. 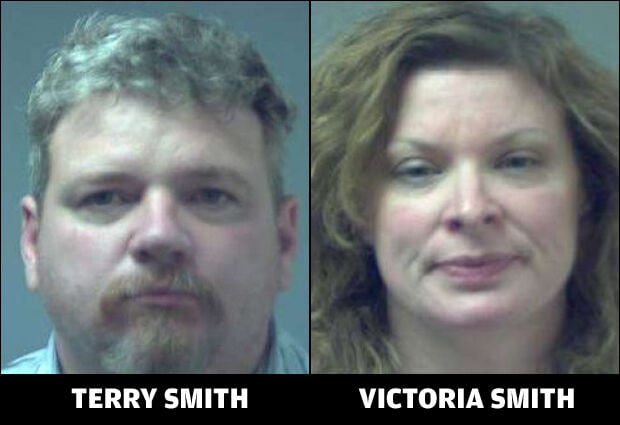 Terry and Victoria Smith, of Lincoln County, were sentenced to seven years in prison for keeping their severely autistic son in a makeshift cage when they lived in O'Fallon, Mo.