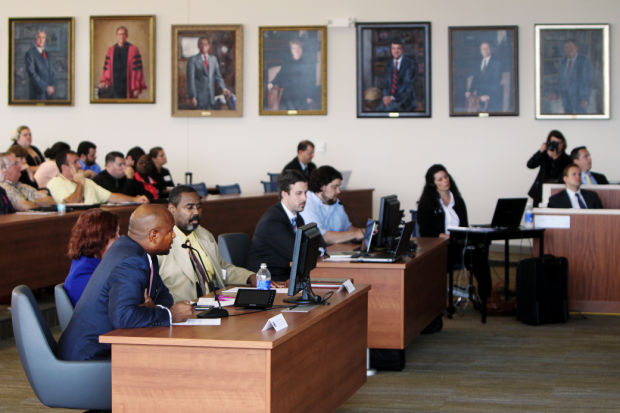 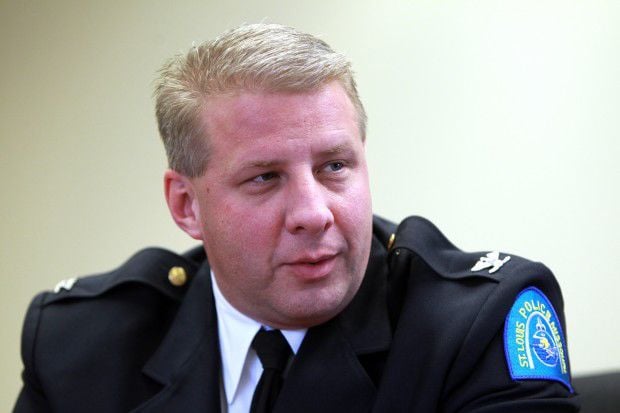 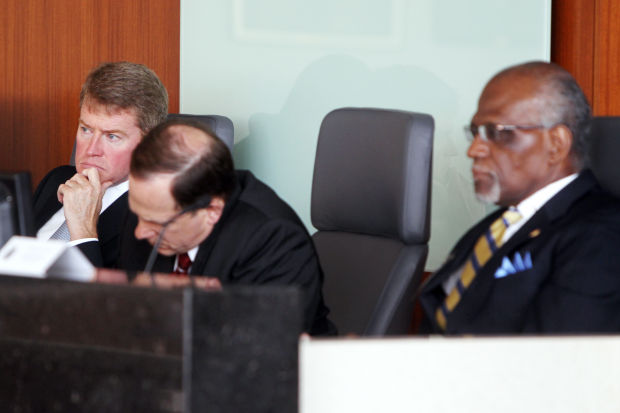 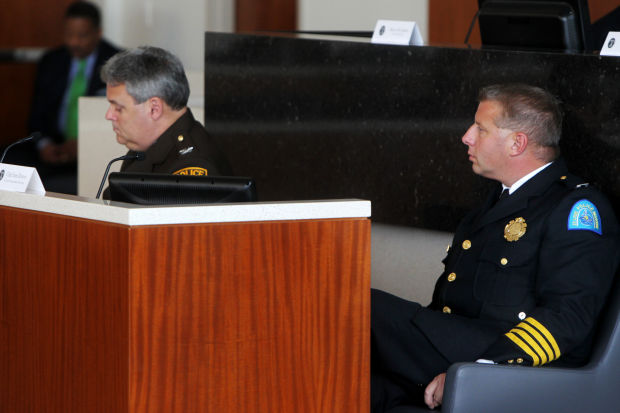 ST. LOUIS • Top law enforcement officials meeting here Wednesday were not just thinking about how to reduce crime but ways to rid St. Louis of its reputation as one of America’s most dangerous cities.

The plan: Add crime statistics for the St. Louis police and St. Louis County police together. The combined rate would be much lower than the city’s and much higher than the county’s, with hopes that a better perception of St. Louis would benefit the region.

The change would have ranked St. Louis eighth most dangerous among cities with populations between 500,000 and 999,999 in 2010, the most recent year with complete statistics available, instead of second, officials said.

“Our ranking right now puts the city at a disadvantage when it comes to competing for businesses and economic growth,” Police Chief Sam Dotson explained. “Right now, universities use our crime stats as a way to compete” and lure students away.

The goal of the events, funded by Koster’s office, is to generate five to six crime-reducing strategies by early December, which could include legislative proposals.

For months, Dotson and St. Louis County Police Chief Tim Fitch have lobbied business leaders and the Missouri State Highway Patrol, which compiles the state’s statistics for the FBI, to support combining the jurisdictions’ numbers.

Crimes are counted by police agency. This plan would involve only the city and county departments, not the dozens of municipal police agencies in the region.

The city police covered a population of 318,667 in 2012, crime statistics say, and the county police 391,243. County officers are primary police for about 40 percent of the county’s residents, including those in unincorporated areas or in municipalities that contract with the department for protection.

Dotson said it is unfair that St. Louis, landlocked with a 61-square-mile urban setting, is compared to cities which typically contain suburban or even rural areas with less crime.

Mayor Francis Slay insisted the move would not hide the truth about crime on the city’s streets, which he says is still too high. Both chiefs vowed to continue to keep individual crime statistics publicly available.

The concept is far from fruition.

Dotson has enlisted University of Missouri-St. Louis criminologist Rick Rosenfeld to outline how such a plan might work. His report is due to be delivered to the Highway Patrol next week.

“When you are a victim in the city, but don’t live there, you become part of the crime rate, but not part of the denominator” upon which that rate is determined, he said.

The issue will have to go to an FBI committee this fall. Should it advance from there, Dotson and Fitch want to make their case to the FBI’s crime reporting division in the spring for a final decision.

Both chiefs are optimistic but know the move could be precedent setting. The FBI has allowed combined statistics only where city and county departments have actually merged, such as in Marion County, Ind., Jefferson County, Ky., Jacksonville, Fla., and Charlotte-Mecklenburg, N.C., Fitch said.

As a compromise, Dotson and Fitch said they would seek permission from their bosses to cross-deputize, giving city officers authority to enforce county ordinances and vice versa. Right now, only officers in specialized units that often cross boundaries, such as Metrolink patrols, are cross-deputized.

“We haven’t said the FBI should make an exception for St. Louis and St. Louis alone, but maybe it’s time to look at other areas that are similarly situated to more accurately describe crime as a region,” Fitch said. He noted that Baltimore has a similar perception problem.

Fitch said he would seek approval from his police board before initiating any changes.

“This is not about lowering crime, it’s about having a more accurate description of crime in the area,” Fitch said. “If we bring more jobs here, more tourism because of it and students to our universities, that’s a win-win for the entire region.”

County Executive Charlie A. Dooley voiced support Wednesday. He said that most of the region’s jobs were in the county but that businesses looking for new locations tended to gauge the whole area by the city’s crime rate.

“It’s in all of our best interest,” Dooley said.

Dooley also asked Slay last week to collaborate on ways to combine policing strategies and training for police and fire departments. He did not cite any specifics Wednesday.

You scored out of .

… Or see what you missed

After years of being outraged every time St. Louis is blasted in some national forum for its high crime rate, the city’s leaders have devised …

Regarding "New way to count crime has critic" (Sept. 24):

Get details on most recent crimes in St. Louis

Worried about burglary or theft in St. Louis? Check our database to see where the crimes are happening. Search by neighborhood, street or time…

Northwest Academy of Law students invite you to their Peace Summit

Be wary of merger between city and county

News coverage of the plan for so-called cross-deputization between the city of St. Louis and St. Louis County police departments raised some i…

According to the chief, thefts of license plates and a new FBI definition for rape are a couple of reasons

The two major candidates for St. Louis City Hall’s top job have honed their rhetoric on the matter.

Crime did go up in some categories, but overall is down to lowest levels in decades.

How many St. Louis County municipalities can you name?

St. Louis County is the land of a million municipalities (or thereabouts). How many can you list in three minutes? Try our game and compete fo…