BERKELEY — A woman from Woodson Terrace tried to kidnap another woman’s 2-year-old because the girl “looked like her daughter,” charging documents filed Wednesday say.

Court documents say the mother chased after the alleged kidnapper and struggled with her as she tried to take the toddler into a nearby house.

The child’s mother was placing the girl in a car seat on Sept. 16 when Walters approached, struck up a conversation and asked to hold the toddler, an affidavit by Oshay Conway of the Berkeley Police Department says.

Walters then began walking off, refused repeated requests by the mother to return the girl and then sped up, Conway wrote. Walters told the mother “that the child was hers because she looked like her daughter,” the charges say.

Walters tried to take the girl into a nearby house, and then struggled with the mother over the girl until the mother was able to wrest her child back, run to her car and drive off, Conway wrote.

After her arrest by police, Walters admitted trying to take the girl, the charging documents say.

Walters had two active warrants for failing to show up for court cases at the time. One stemmed from a case accusing her of burglarizing a St. Ann home in July and another that says she was caught with methamphetamine at the St. Charles Police Department in April, court records show.

No lawyer is listed for Walters in any of her cases.

Some of the year’s notable local crime stories 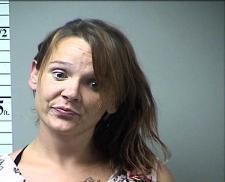 Undated mugshot of Sydney Marie Walters, charged in St. Louis County Circuit Court with attempted child kidnapping. She is also facing charges from earlier this year accusing her of burglarizing a home and possessing methamphetamine. 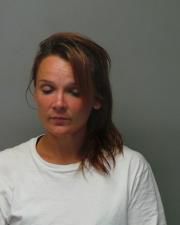