St. Louis homeless encampment to have brief life
0 comments
Share this
{{featured_button_text}}
1 of 2 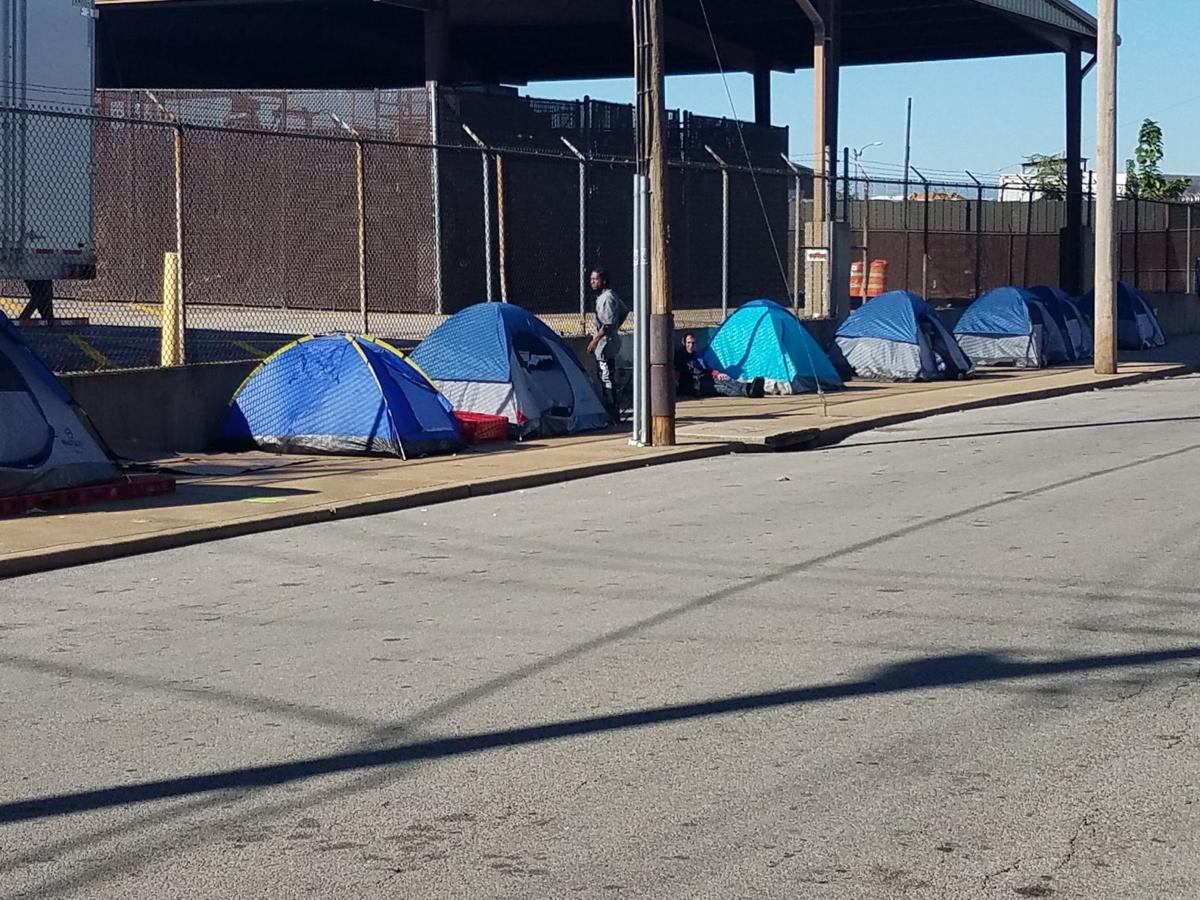 Homeless people on Monday were asked to terminate their encampment set up on the sidewalk in the 1100 block of North 13th Street, near the city's Biddle House emergency shelter. By Jesse Bogan, jbogan@post-dispatch.com 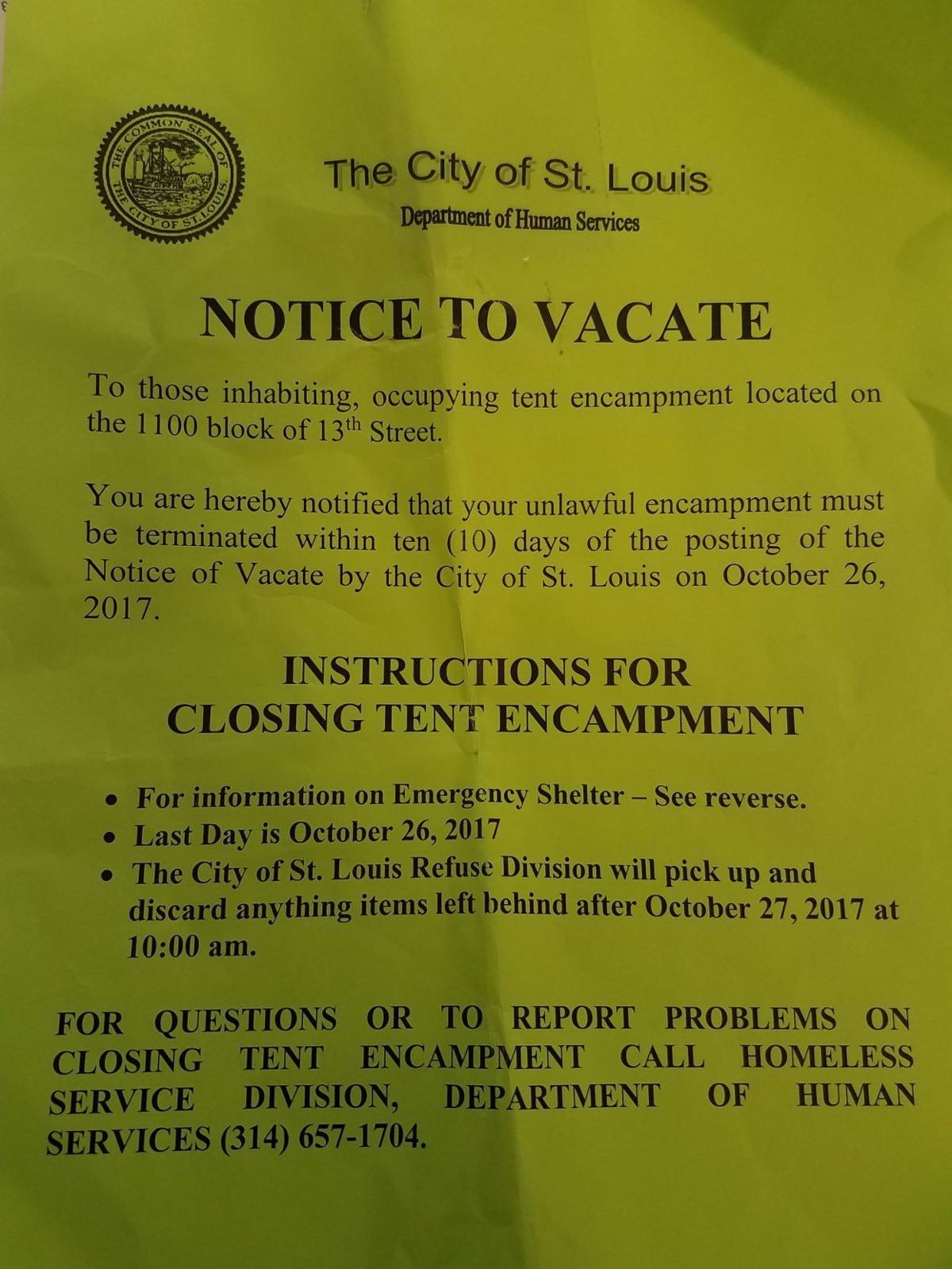 Vacate notices were handed out Monday to homeless people staying in tents in the 1100 block of North 13th Street in St. Louis.

ST. LOUIS • Police on Monday told people staying in a row of eight tents lined up on the sidewalk around the corner from the Biddle Housing Opportunities Center, the city’s emergency homeless shelter, that they need to move along soon.

The officers handed out bright green notices from the city’s human services department that said “your unlawful encampment must be terminated” within 10 days.

The city’s refuse division is supposed to pick up any items left behind from the camp after Oct. 27 at 10 a.m.

The tents are situated in the 1100 block of North 13th Street. Homeless people staying there were told to call the St. Louis Housing Helpline at 314-802-5444 and use day shelter services at Biddle House, 1212 North 13th Street.

A man and woman staying in a tent were upset by the notice because they said they didn’t have viable overnight shelter options as a couple. A 42-year-old man who arrived in St. Louis by bus Saturday afternoon said he was staying in a tent because he hadn’t secured a bed at Biddle House, which is often full.

Lisa Davis, 59, said she was part of an effort with Agape Christian Center in north St. Louis County that gave out about 10 tents on Sunday.

“They don’t have anywhere to go,” said Davis. “That’s the reason. I was going to buy them some more so they can stay out of the cold in this weather. It’s sad how they are making the people move. They are being picked on.”

A call to the city’s homeless services department was referred to Koran Addo, spokesman for Mayor Lyda Krewson, who said the tents run counter to city policy.

“There’s a public safety risk, including risk of crime and disorder,” Addo said. “Those are compounded when multiple tents are erected into encampments.”

City should not be sending away the homeless

Jesse Bogan’s article “Homeless encampment to have brief life" (Oct. 17) tells about the city of St. Louis sending away people who have nowher…

Overlook politics and shelter the homeless

How sad for all the homeless people in our city. They are given a few tents, which are then taken away.

Tents for homeless vs. tents for ticket buyers

There was a curious coincidence of similar photos in the Post-Dispatch, but the accompanying stories were in utter contrast.

City officials want to clear out 'Camp Plum' by the end of the month.

Homeless people on Monday were asked to terminate their encampment set up on the sidewalk in the 1100 block of North 13th Street, near the city's Biddle House emergency shelter. By Jesse Bogan, jbogan@post-dispatch.com

Vacate notices were handed out Monday to homeless people staying in tents in the 1100 block of North 13th Street in St. Louis.