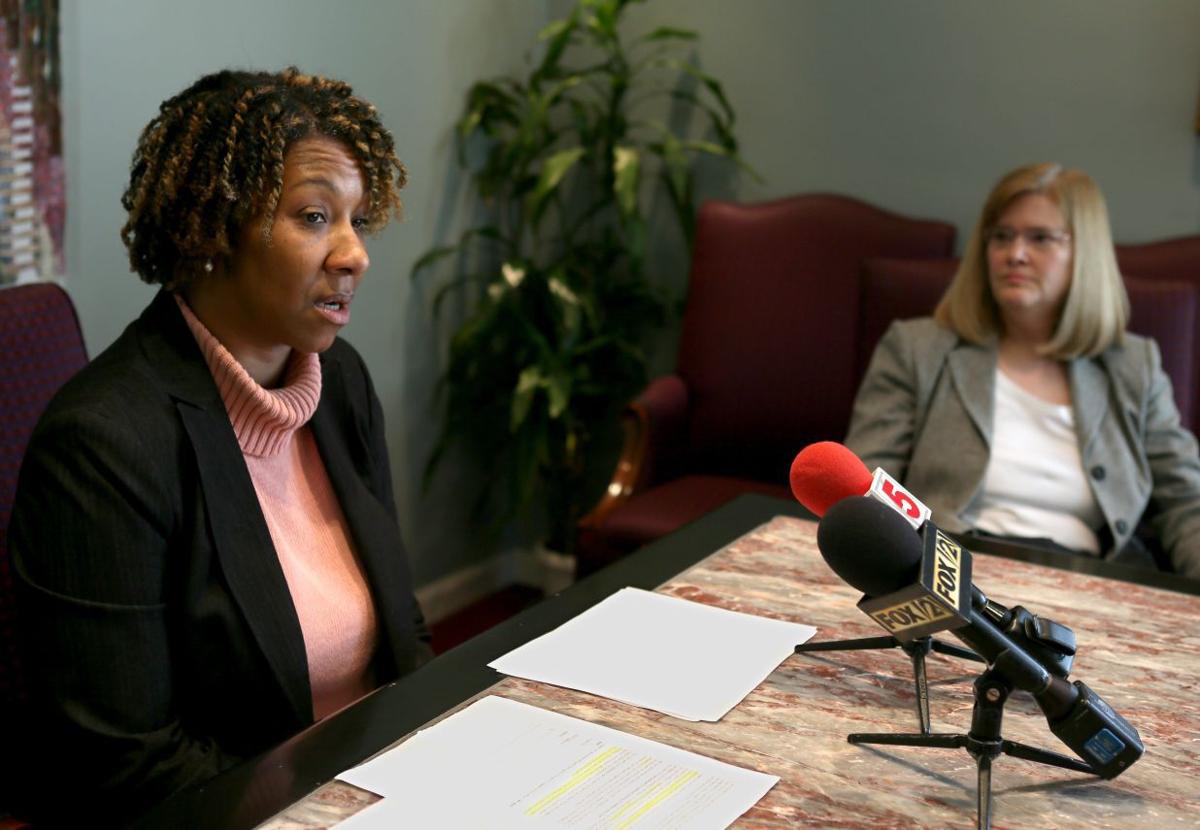 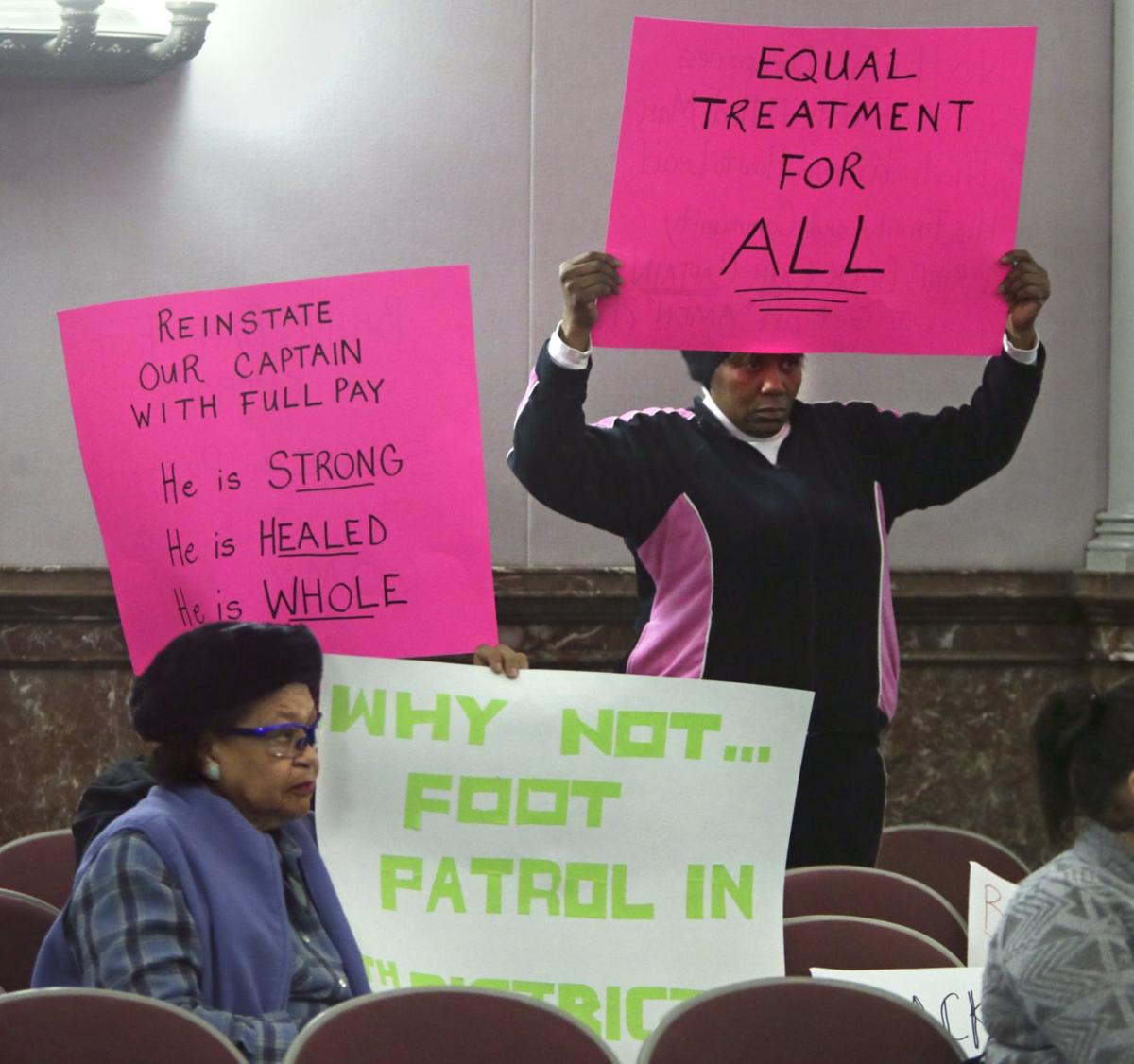 Mary C. Jefferson and Maryann Jackson, both of St. Louis, hold signs protesting the forced leave of Capt. Ryan Cousins while St. Louis Police Chief Sam Dotson answers questions about body cameras during a meeting of the Board of Aldermen on Thursday, March 3, 2016. Jackson stated that the group of about half a dozen protesters were there to "protect our captain" and catch Dotson's attention. Photo by Cristina M. Fletes, cfletes@post-dispatch.com

ST. LOUIS • As recently as November, there was some transparency to city police disciplinary issues as officers could appeal decisions and have public hearings to rebut them.

But that tradition ended after the Civil Service Commission voted unanimously Nov. 17 to close the hearings, also known as police board trials — even if the officer wants them open.

Richard Frank, the personnel director, said the move has been in the works for years and brings the police in line with city policies. He said it should have happened when the city took control of the police department from a state board about four years ago, but that opposition of at least one civil service commissioner delayed it.

The decision surprised Alderman Dionne Flowers, 2nd Ward, who was among about two dozen supporters who sat outside a recent closed hearing over the unpaid suspension of former Capt. Ryan Cousins. The proceeding is expected to resume in February.

Cousins is accused of intervening in an investigation on Jan. 29 by instructing officers to ignore that a man who had shot at attempted intruders was a felon who could not legally possess a firearm.

His last employment date with the department was May 24, but no one has said whether he was fired or resigned. He joined the force in 1996 and was commander of the 6th District.

Flowers said that Cousins policed her ward in a responsible way and was the subject of 1,000 letters of support. The Ethical Society of Police, which represents interests of black officers, also has defended him.

Pam Boyd is the committeewoman in Flowers' ward. They held a news conference to announce their objection to the closure of the hearing before it happened.

Frank said public notices were issued and letters were sent to unions about closing the process and no one objected.

He also said other officers should be protected from publicity about their disciplinary records, which could be an issue if lawyers for Cousins, who is black, claim that punishment of whites in similar circumstances was lighter.

“This is a perfect example of why they should be closed,” Roorda said. “It’s not just about the person who’s on trial, so to speak, it’s about the privacy rights of other members.”

Frank said the closed hearings comport with the state Sunshine Law, which requires only that the commission reveal its vote within 72 hours, and a city privacy ordinance, with forbids release of disciplinary matters.

He said the old process, with a public hearing, was unfair.

“You go through this whole dog-and-pony show and you have your reputation defamed only to be exonerated under the old civil service rule, and I was uncomfortable with that,” Frank said.

He also said police are now “under greater scrutiny” by a civilian oversight board.

Cousins’ attorney, Lynette Petruska, said transcripts of his Civil Service Commission hearing could be made public if it leads to a court appeal.

“It becomes a matter of public record anyway,” she added.

Frank said judges have discretion when deciding whether to release transcripts.

Petruska’s argument played out in a similar situation in St. Louis County.

In 2016, county counselors closed a police board trial of former Lt. Patrick “Rick” Hayes, who had been fired by Chief Tim Fitch following allegations that he ordered officers to racially profile blacks in South County. Hayes appealed, and opposed closing the hearing.

Ultimately, the police board reversed the firing and reinstated him at a lower rank. Hayes appealed in court, and the judge publicly opened transcripts of his police board trial.

Mary C. Jefferson and Maryann Jackson, both of St. Louis, hold signs protesting the forced leave of Capt. Ryan Cousins while St. Louis Police Chief Sam Dotson answers questions about body cameras during a meeting of the Board of Aldermen on Thursday, March 3, 2016. Jackson stated that the group of about half a dozen protesters were there to "protect our captain" and catch Dotson's attention. Photo by Cristina M. Fletes, cfletes@post-dispatch.com 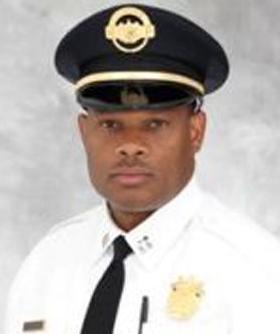